Struggling for what to get mom for Mother’s Day?

How about the Beatty Brothers agitating washing machine with a ribbed copper tub and laundry ringer?

That was one of the suggested gifts in anewspaper ad from 1931.

Buy mom a household appliance today and you could end up in the doghouse, but such a device would have been welcomed by many women accustomed to washing clothes by hand, explained Hilary Ruffini, the librarian at the BC Farm Museum.

The museum has several. One on the back of a trailer is often demonstrated at community parades.

“It’s really interesting because you pull the lever and it agitates,” she explained. “…and then you pull another lever and the ringer starts going.”

She can trace the evolution of Mother’s Day gifts over the decades.

Mother’s Day started in the early 1900s in the U.S. and gradually spread north, being celebrated in most of Canada by the 1920s.

In the early 1930s, the suggested gifts were jewelry, flowers, linens, chocolates and books as well as household devices for labour saving.

By 1941 when Canada was in year two of the Second World War, the gifts were women’s hats, lingerie, silver plate, chocolate, silk stockings, gloves, china, suitcases and perfume.

“So that’s really grown from earlier,” she said.

Ruffini noted that the gifts were becoming more personalized and less about labour saving. By now many homes had basic labour saving devices such as washers.

After the war, people’s perspectives had changed. Many young men had travelled the world for the first time and some women involved in war work also had the opportunity to travel.

When Mother’s Day came around, merchants were offering items such as stockings, rings, silverplate cutlery, vanity mirror and comb sets, watches, undergarments, French perfume (not just regular perfume), California ceramics, and books by the latest authors, such as Random Harvest and All This and Heaven, Too. 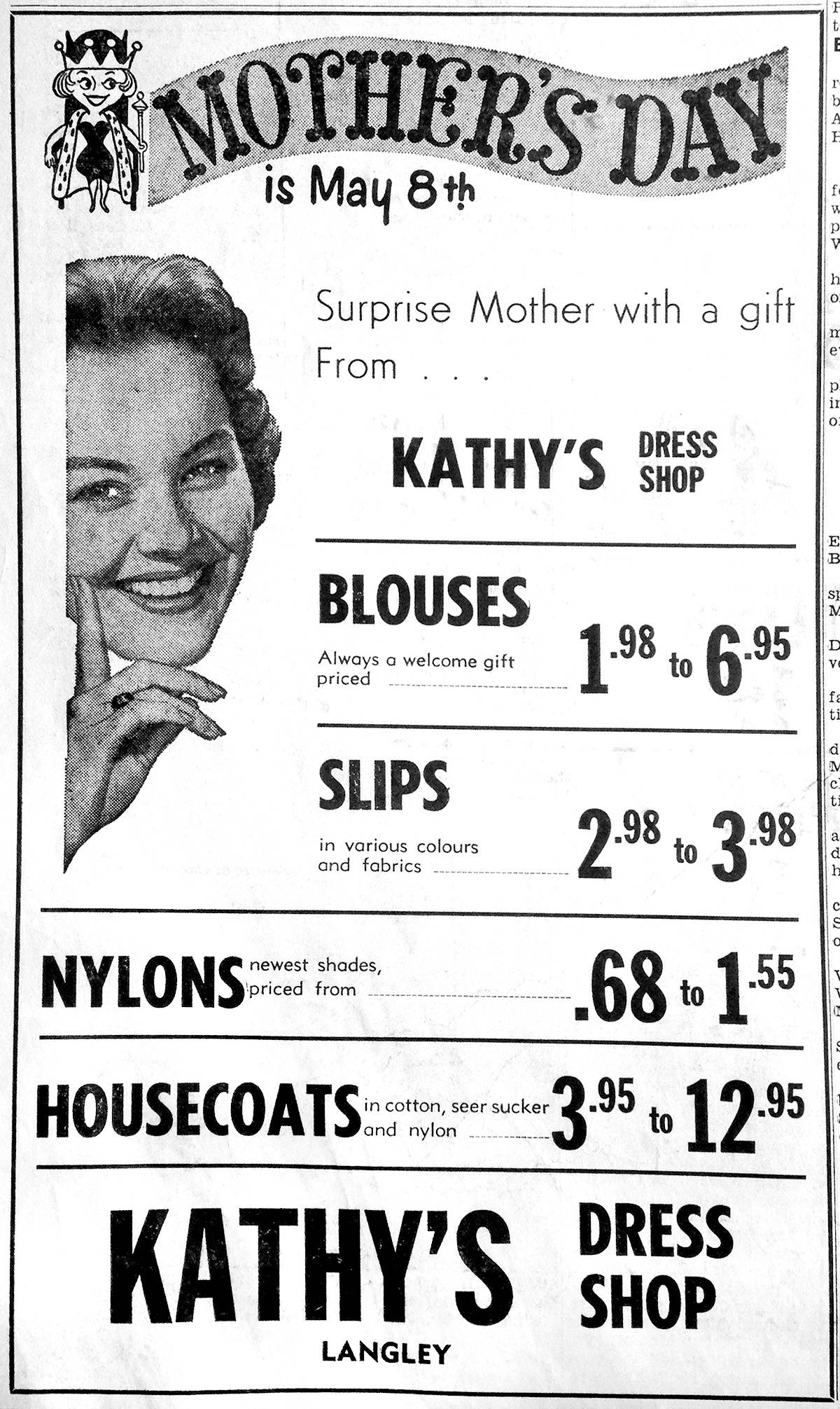 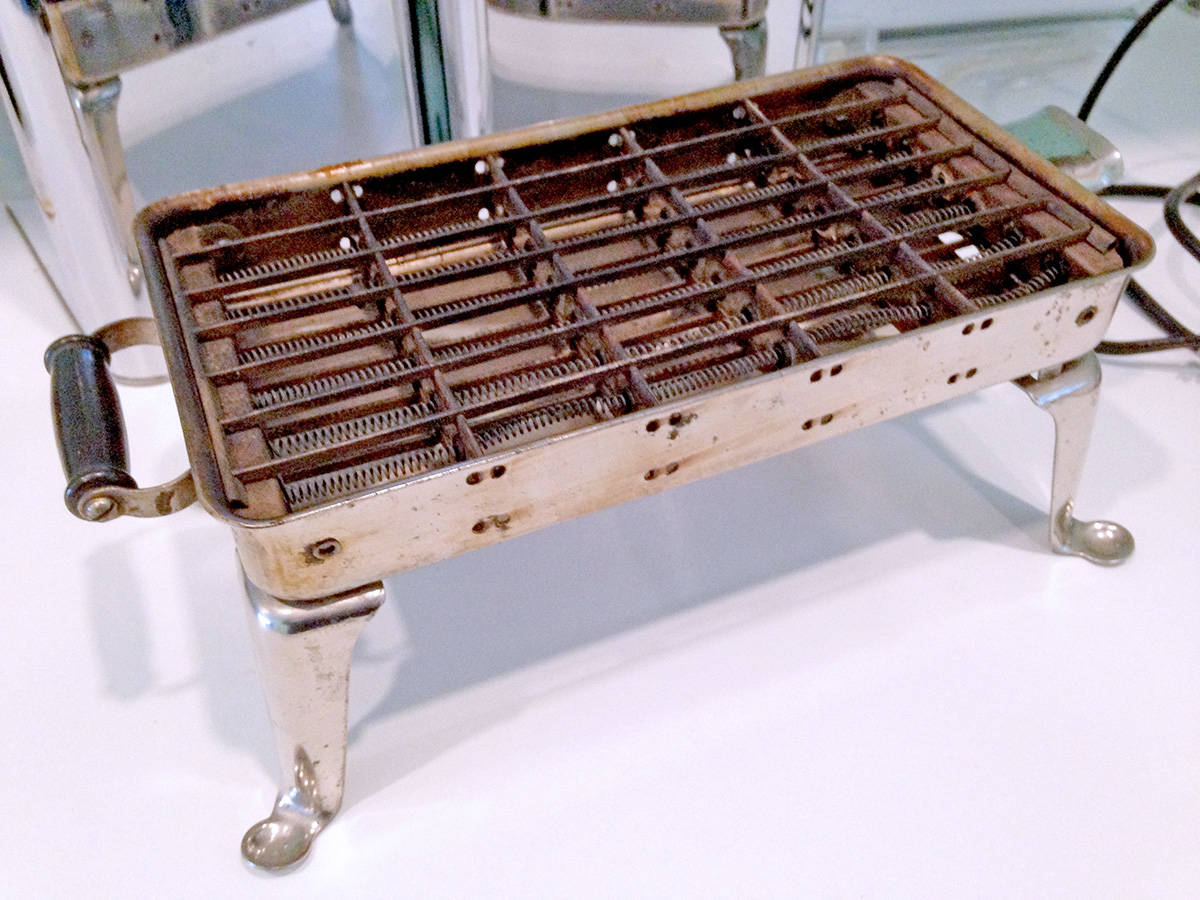 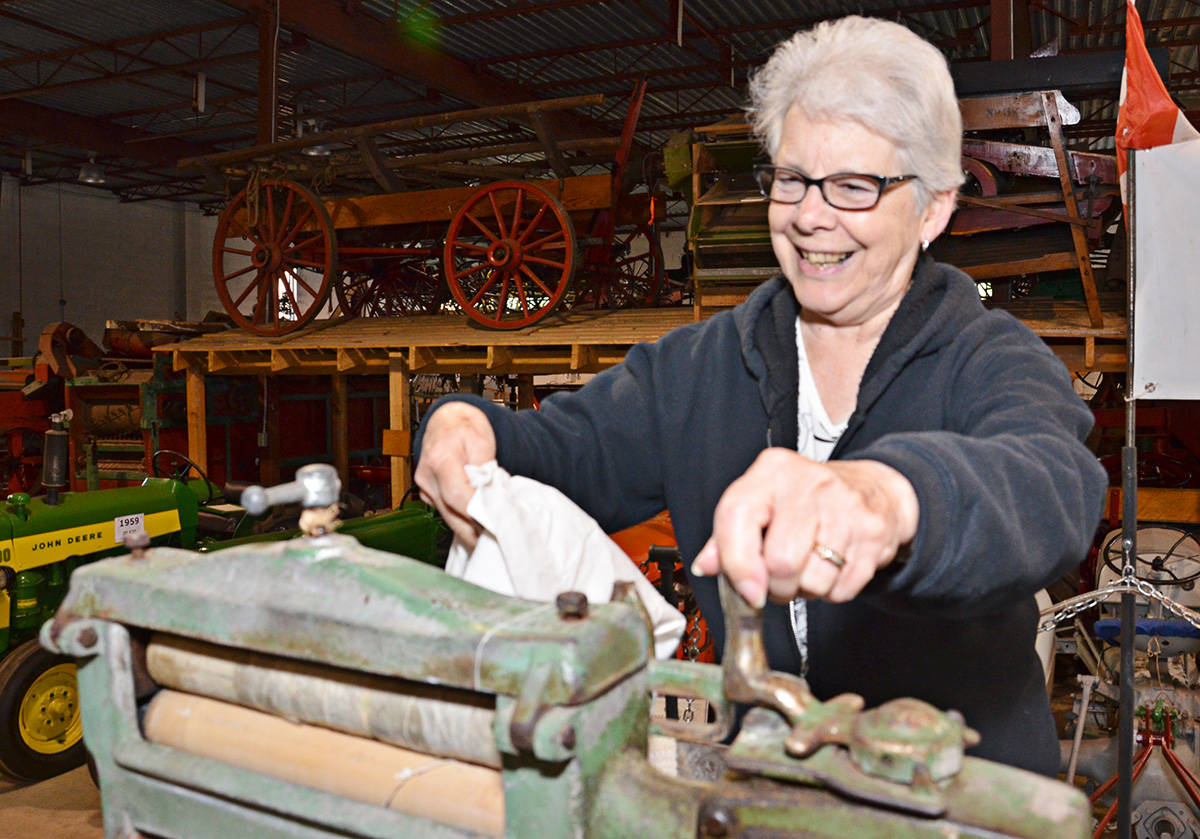