Thanks to an Aldergrove mother the town’s newest playground will be open year-round to the public – at no cost.

It’s what Township Councillor Bob Long is calling a “win-win” situation – the Pacific Park playground, once a part of the Aldergrove Credit Union Community Centre’s (ACUCC) water park, is now for public use.

Voted during a June 24 Township council meeting, the park will be made accessible to everyone in the community during water park sessions.

Two months after the water park’s opening in June (2018), playground protocol was to close the area off 15 minutes prior to sessions at the Otter Co-op Outdoor Experience water park, Long noted.

Only children who paid admission to the water park would be allowed access to the climbing structures, slides, surfboard hillside and other gated areas.

Otherwise, the playground which opened in September 2018, was accessible from dawn until dusk during off season months.

“At first this playground was to be included with the Otter Co-op Outdoor Experience during the water park season and would be closed from October until May when it was not open,” Roder relayed in a letter to Township council.

“Our community found this to be unacceptable,” Roder emphasized.

After months of conversation with an ACUCC facilities manager “we were able to come to a compromise,” she explained as the first step towards maximizing public use of the park.

“The playground would still be part of the water park and have a fee when it was open but a second gate was added to the outside allowing our community access during the rest of the year,” Roder retold.

Now, the park is open to both water park goers and locals alike.

Roder was awakened to the harsh reality of children with paid wristbands being directed outside of the playground by ACUCC staff after May long weekend.

“They went back to their parents in the line. Once everyone was let into the water park not one child went into the playground” for the reported two hours Roder spent there.

Roder said it was on only on their way out of the centre that kids sought to play in the playground.

A Township memo corroborated this reality by stating higher usage of the park “can be attributed to participants of ball hockey and lacrosse” at ACUCC.

Roder is not the only parent whose welcomed the change.

Samantha Creech, a mother of three, lives a 5 minute walk away from the recreation centre, and is “delighted’ by the Township’s decision to open the park as “it’s the only Township playground that engages all of [her] three kids.”

The Creech family uses Pacific Park as their main playground, especially when waiting for one of her children to finish up at swimming lessons.

There is a confusion over whether the playground’s was intended for dry or wet users.

Though the Township assured in a recent memo that it was built with water park guests in mind, Creech observed that children really “have to be to dry to use it.”

Another local mother – Lisa Dai – is ecstatic to see her son be able to play the park with his sister without water park costs.

Other parents are starting to use the area to socialize while keeping a close eye on their young ones – “watch me mom,” one child yelled, climbing up a wooden tower.

Roder’s only concern about the playground now is one of safety.

The added increase of 300 people to water park’s occupancy due to the playground could translate to longer line ups and overcrowding, Roder said.

“If we were to remove the two exits and the footprint the dry playground from the Otter Co-op Outdoor Experience, our occupant capacity would be reduced up to approximately 300,” a Township memo corroborated.

Township staff plan to monitor the use of Pacific Park by facility guests and the public, in order to make adjustments if need-be. 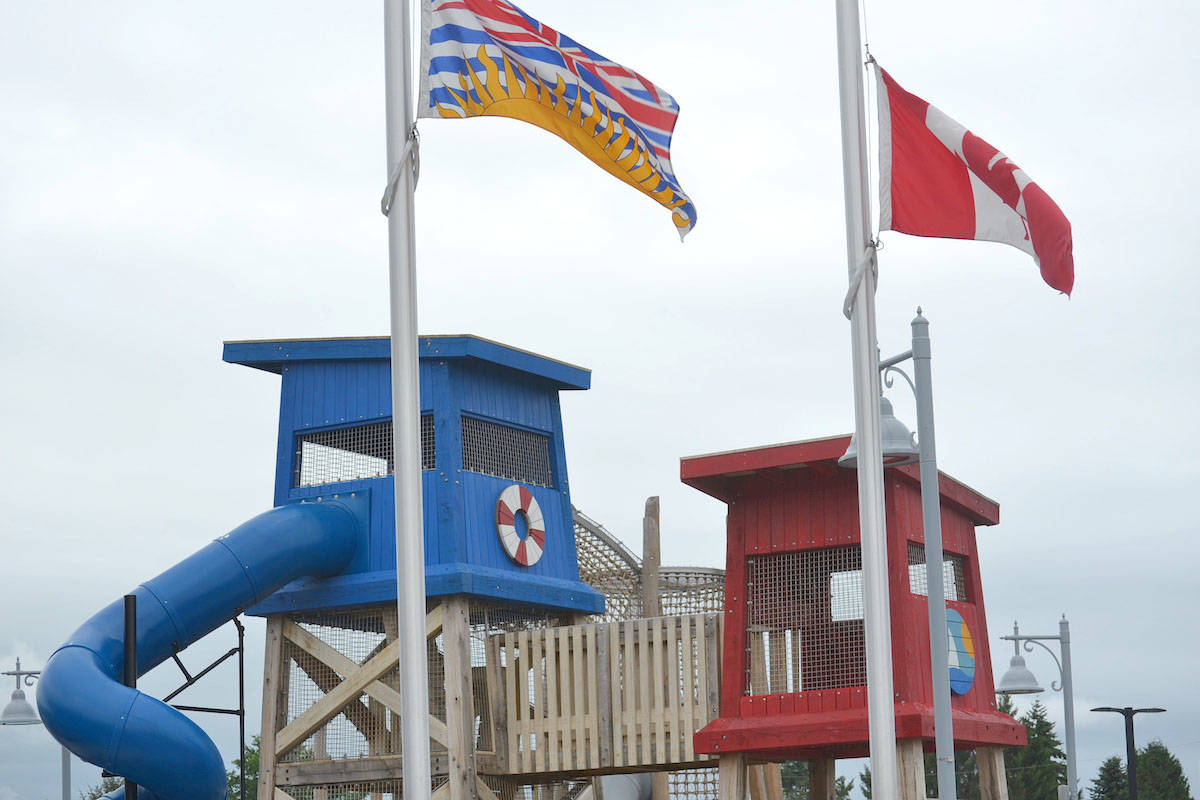 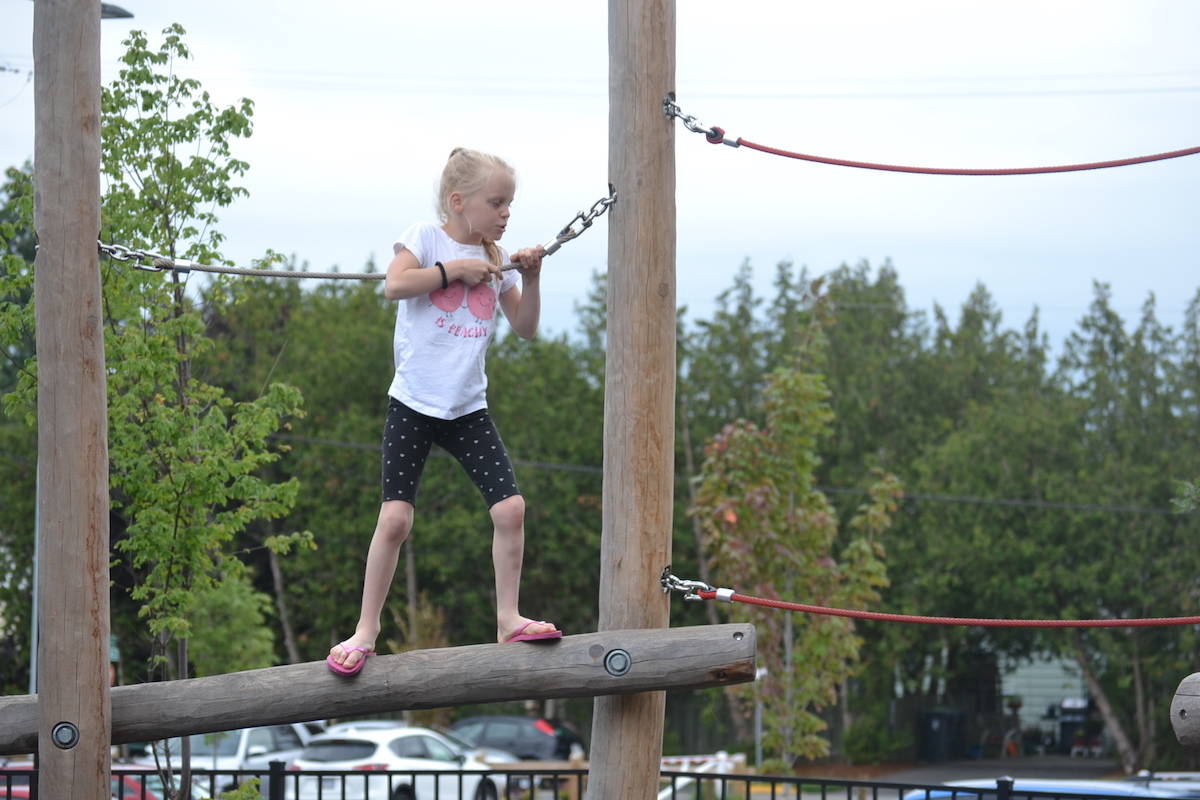 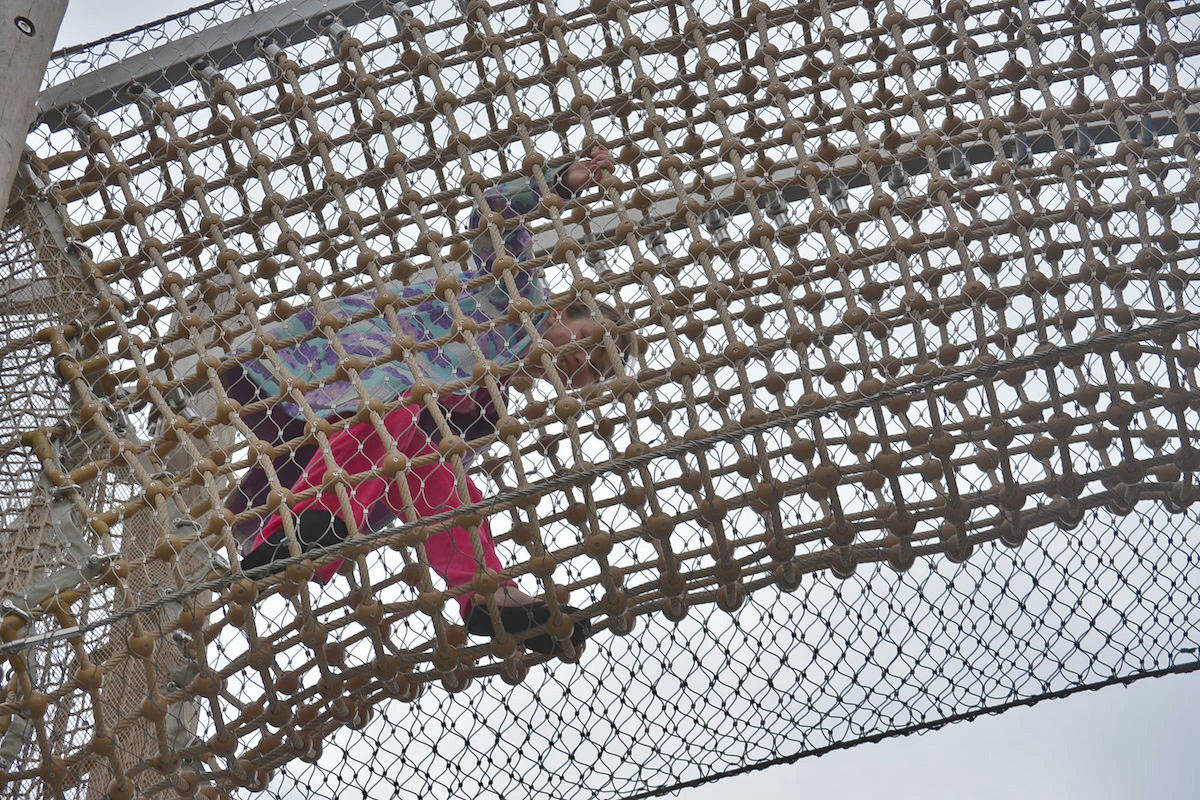 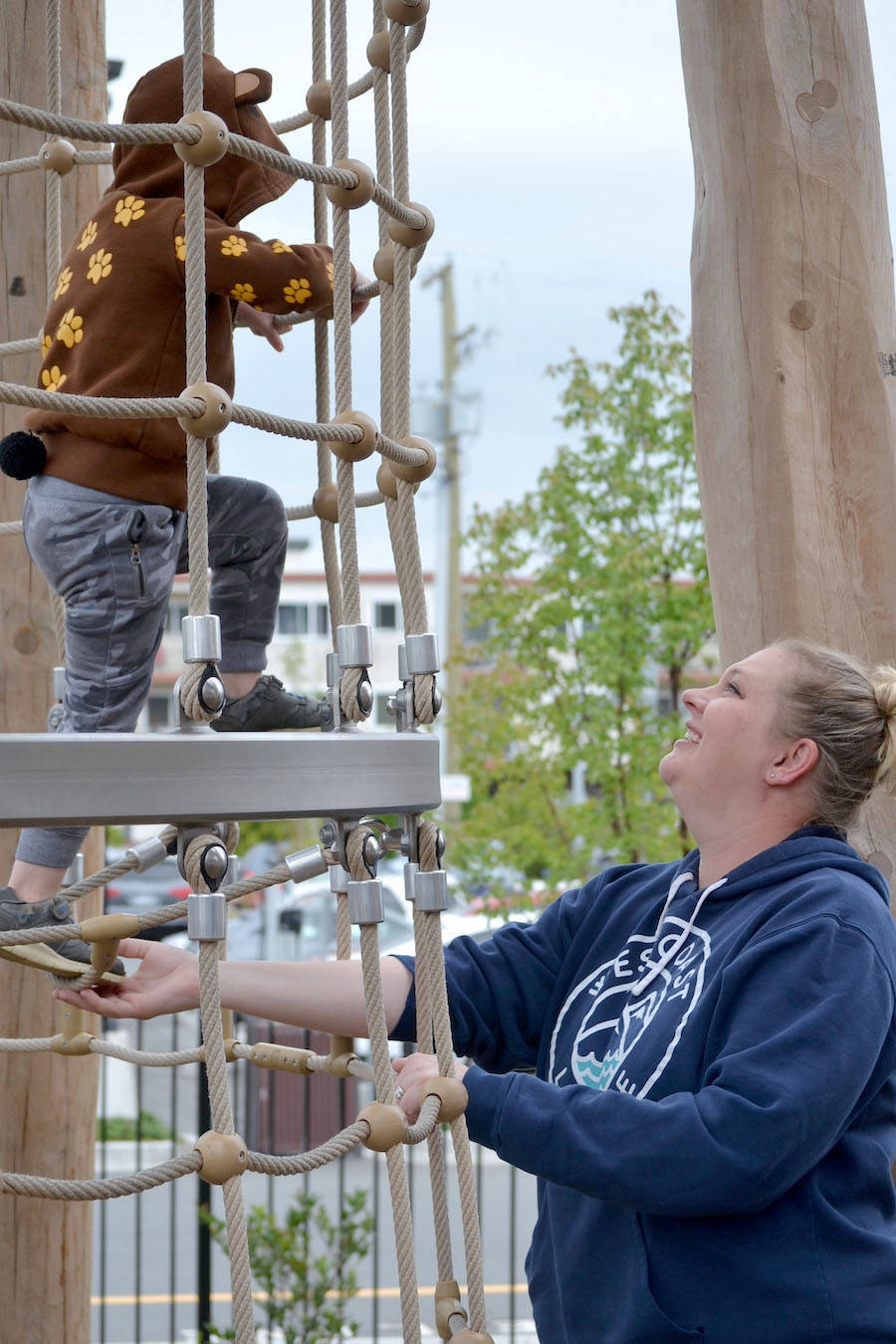