The public can help pick a name for the latest hardworking addition to the Langley Memorial Hospital.

Right now it’s known as a Xenex LightStrike but the germ-zapping robot that uses ultraviolet light to kill the germs that can make people very sick will have a new name later this month.

The robot is the subject of a naming contest. Local hospital staff could suggest names until Monday, Dec. 7. Then the suggestions will be posted on the foundation Facebook page and the public can vote between Dec. 11 and 17.

The winning moniker will be announced Dec. 18, said Terra Scheer, communications and stewardship with the Langley Memorial Hospital Foundation.

The foundation held a dedicated campaign to raise money to buy the robot which started on the job Monday, Dec. 7 after initial testing and training.

Last week Fraser Health announced the arrival of the Langley robot as well as 13 others for health care facilities around its region.

The foundation fully funded Langley’s germ fighter, worth about $168,000, instead of waiting for the health authority to get one.

“We felt that Langley deserved it now,” Scheer said.

Langley has had loan of one of two Fraser Health germ-killing robot intermittently but wanted a dedicated unit for the hospital and other facilities including long term care complexes near the hospital.

The robot can work all hours of the day and night, moved to rooms and other hospital spaces as needed to spent 10 to 20 minutes to cast ultraviolet light onto as many surfaces as possible to kill germs.

But the robot can’t work all rooms. It can’t be used in large open spaces, for instance.

There can be no people in the room when it’s used as it’s harmful to living organisms.

Housekeeping and clinical staff plan the robots’ schedule. The robots themselves keep an internal time-sheet of where and when they work and the data is sent to a server so Fraser Health can monitor usage. They may be the flashiest part of the infection team, but the robots don’t work alone.

“This is an added measure,” Scheer said.

The housekeeping and infection control staff are still using a variety of methods to clean.

Fraser Health has used ultraviolet robots since 2016 and has seen a reduction in some hospital-acquired infections such as C. difficile and MRSA. 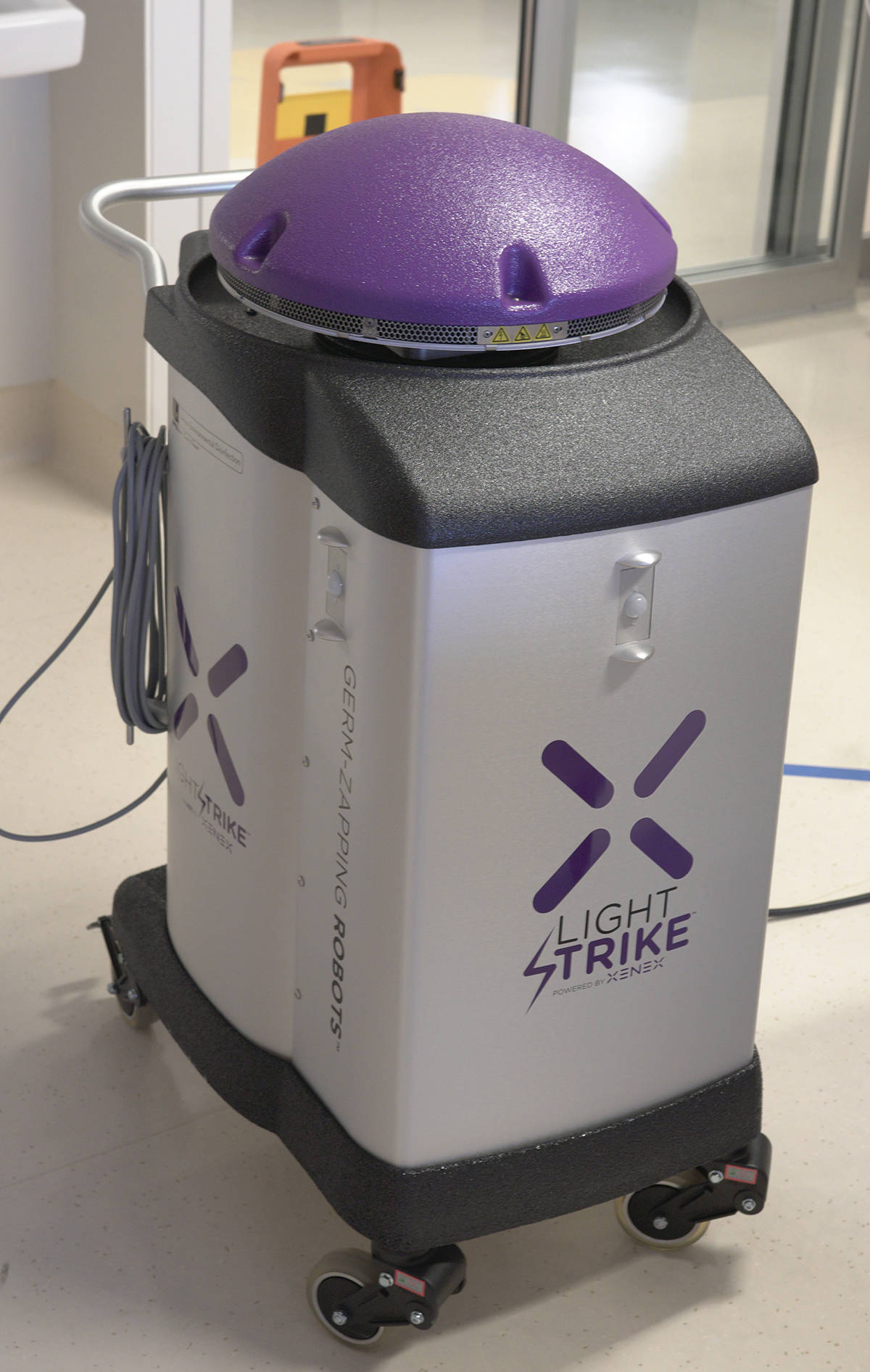 VIDEO: Sharing a little extra light and love this season