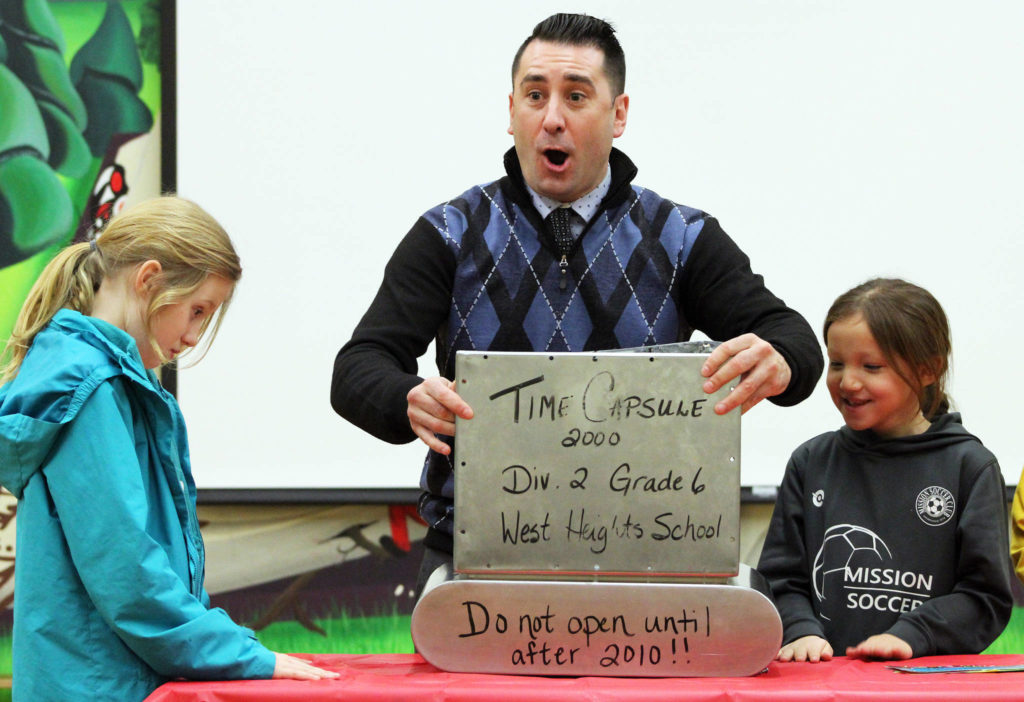 West Heights Community School principal Mikel Brogan reacts in surprise after opening a time capsule that was hidden in the school back in 2000. / Kevin Mills Photos

Students and teachers at West Heights Community School in Mission enjoyed a glimpse into the past on Monday afternoon.

During an afternoon assembly, a time capsule, from the year 2000 was opened.

Brogan said school workers were repairing a wall in the boiler room in the summer and discovered the large metal box behind the wall.

On the metal container were the words “Time capsule 2000 division two, Grade 6 West Heights School. Do not open until after 2010.”

However it wasn’t discovered until 2019.

“I had no idea that it was there, it was a complete surprise,” said Brogan.

He said it was difficult to fight the urge to open it right then, but decided to leave it sealed until 2020 so it could be opened 20 years after it was hidden.

“I wanted to be patient and wait so we could open it in front of the whole school.”

The excitement began to build as the date for opening it neared.

“We’ve been doing lessons with the students about what time capsules are and kids were doing journaling about what they though might be inside.”

Once opened they discovered plenty of interesting things.

Newspapers, hockey cards, photos of the school, photos of the class, a soccer jersey, Earth Day cards and cards made by each student from the 2000 class explaining who they were and what they hoped to accomplish when they grew up.

Now that the capsule has been opened, each class will put together something to go back into the time capsule, which will be sealed and hidden with instructions not to open it until 2040.

“Hopefully, down the road, another unassuming principal will come across our time capsule.” 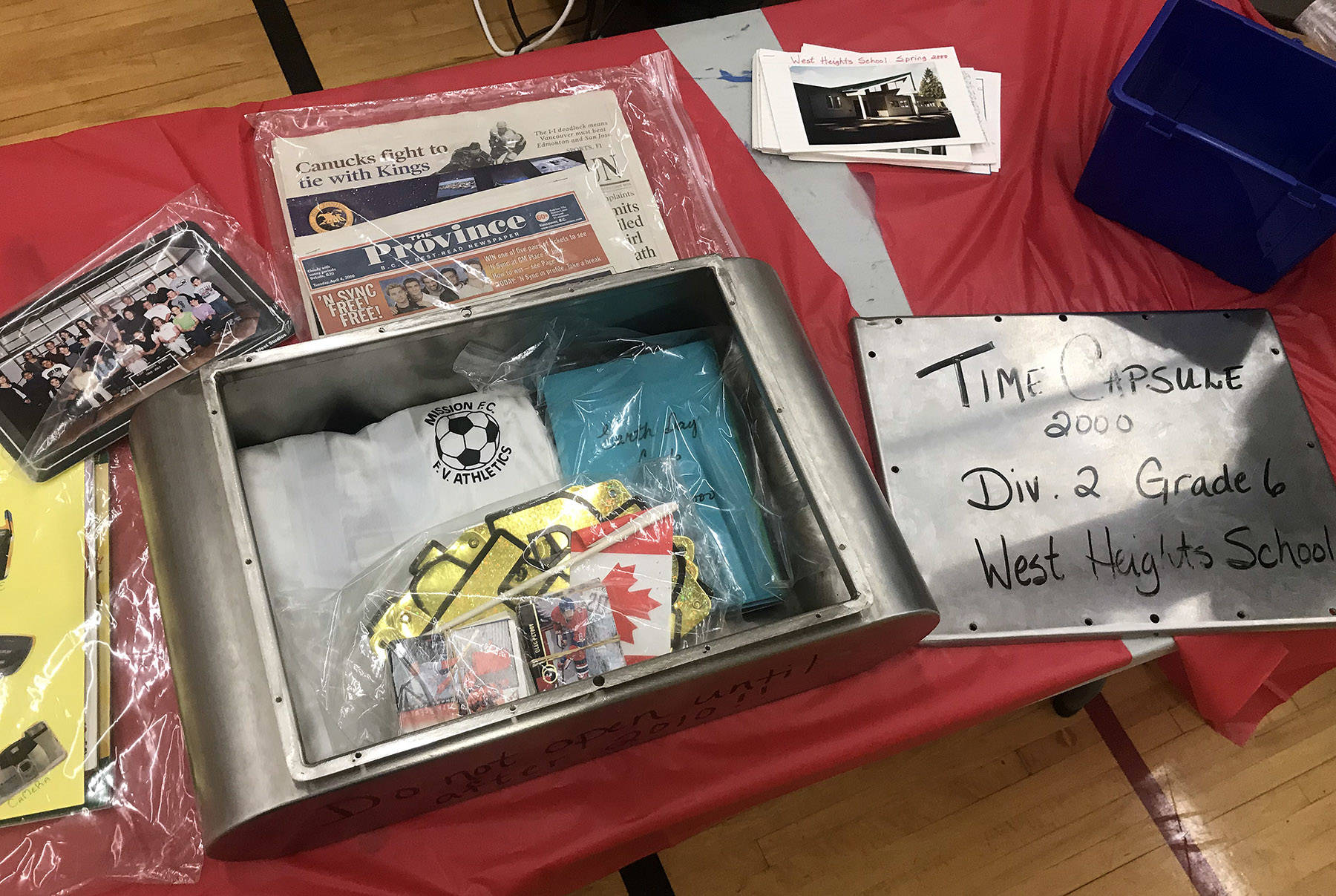 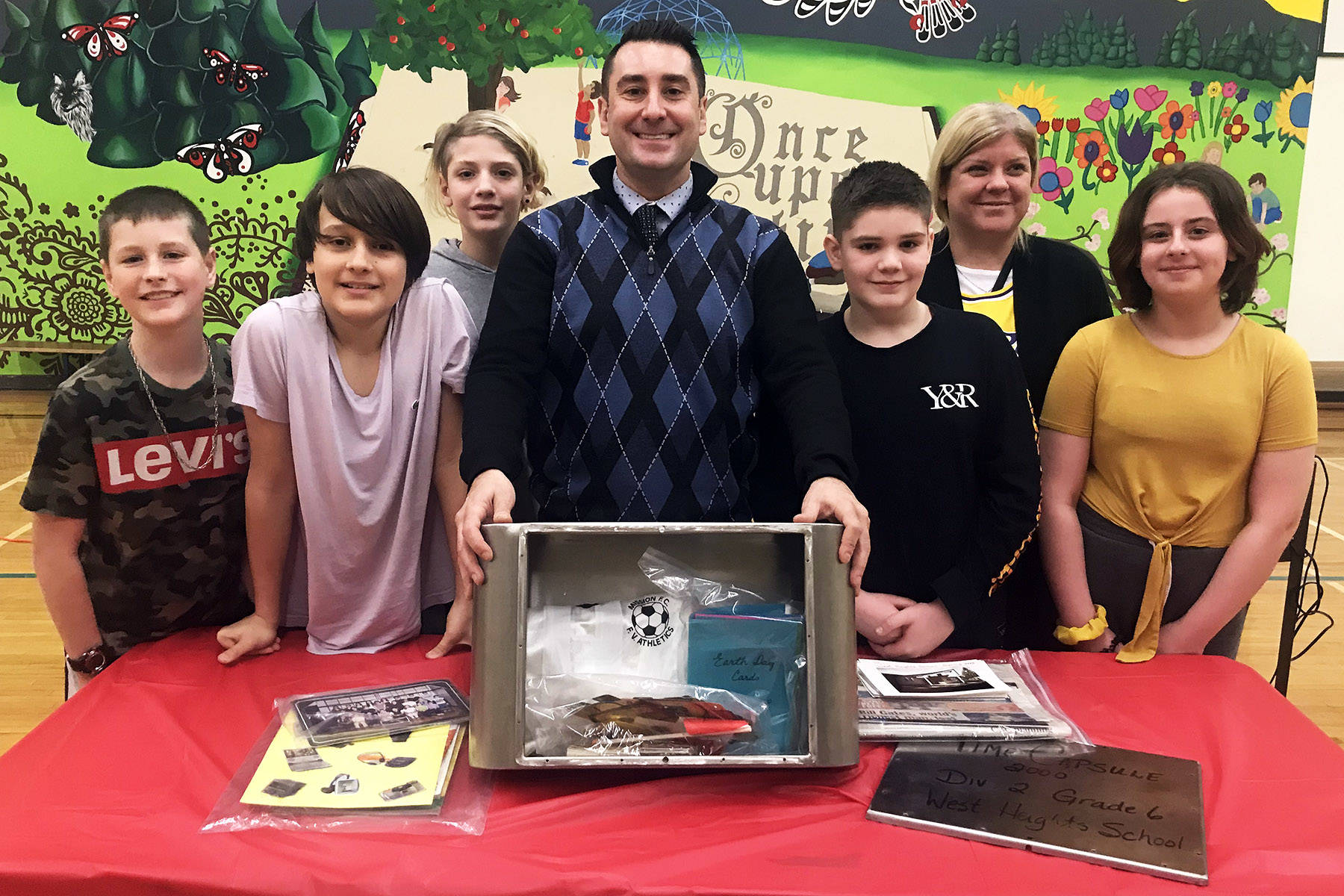