Ace Hardware held its Walnut Grove grand opening in the most fitting way possible – in the dark, during a power outage.

A fallen tree had knocked out electricity for the shopping plaza at 88th Avenue and Walnut Grove Drive early Friday morning; it was an unforeseen wrench in Ace’s plans, which none of their products could fix.

But that didn’t stop the festivities from happening. Co-managers Al Tsuchiya and Michael Trentalance welcomed employees and shoppers with a celebratory board cutting ceremony outside the store.

Ace regional manager Doug Smith said he started the tradition in favour of a ribbon cutting so that the day could be more fittingly commemorated, with a board, etched with the company name and location, could be later mounted in the store.

With $80,000 and several months of renovations complete, Al Tsuchiya and Michael Trentalance – plus a staff of 10 – had recently open the doors on the 4,000-square-foot independently owned and operated business.

“We have been open for about three weeks now, and have had so much positive feedback from the community,” Trentalance said.

“I opened my store in Port Coquitlam in 2010,” explained Tsuchiya. “We started looking for locations in Walnut Grove in 2011 and the space we’re in now was up for lease in 2018.”

Smith, Tsuchiya, and Trentalance all said that the lack of hardware stores in that particular area of Langley was the main reason why the 88th Avenue location was the best possible choice for Ace Hardware.

“There used to be a hardware store in Fort Langley but that closed down about three years ago,” Tsuchiya added. “There was really nothing in Walnut Grove – people had to drive all the way to Home Depot… so we wanted to help.”

Ace Hardware, an affiliate of Rona and Lowe’s, has more than 5,000 stores around the globe – and opened 11 new outlets in California alone earlier this summer.

Acting mayor Kim Richter stopped by to officiate the board cutting ceremony, though she left the actual power tool manoeuvring to Trentalance. A barbecue, open to the public, followed.

READ MORE: WHAT’S IN STORE IN LANGLEY: Lowe’s comes to town, sort of

In a stroke of good fortune and directly after the board was cut, the power came back on; customers could enter and purchase paints, tools, and equipment to prepare themselves just in case their own power ever went out. 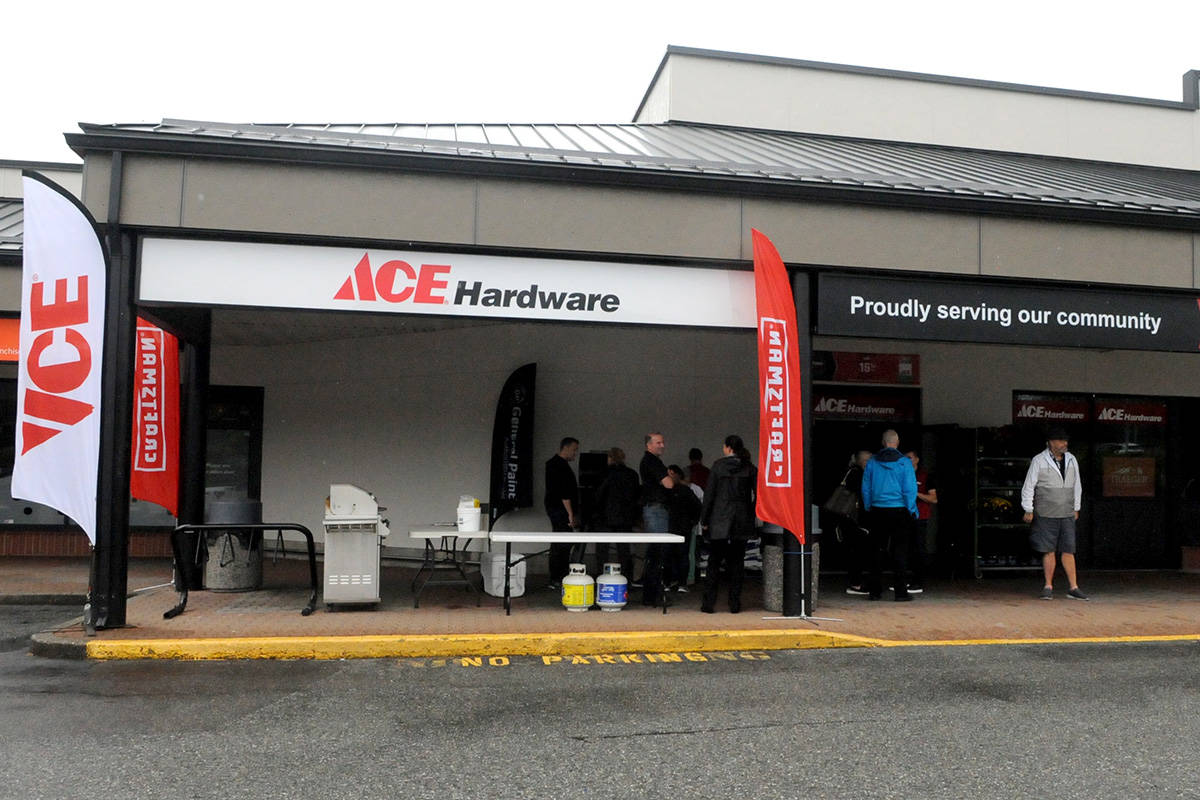 VIDEO: Try this on for size… free suits!