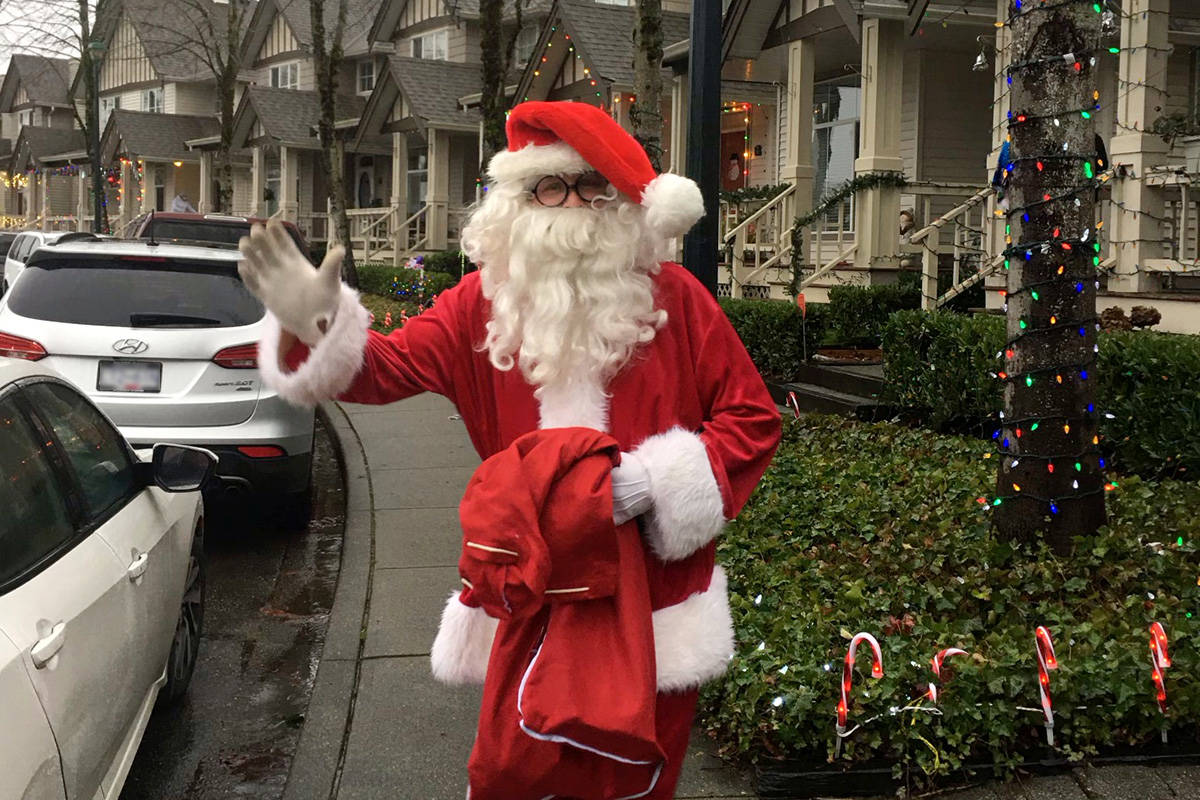 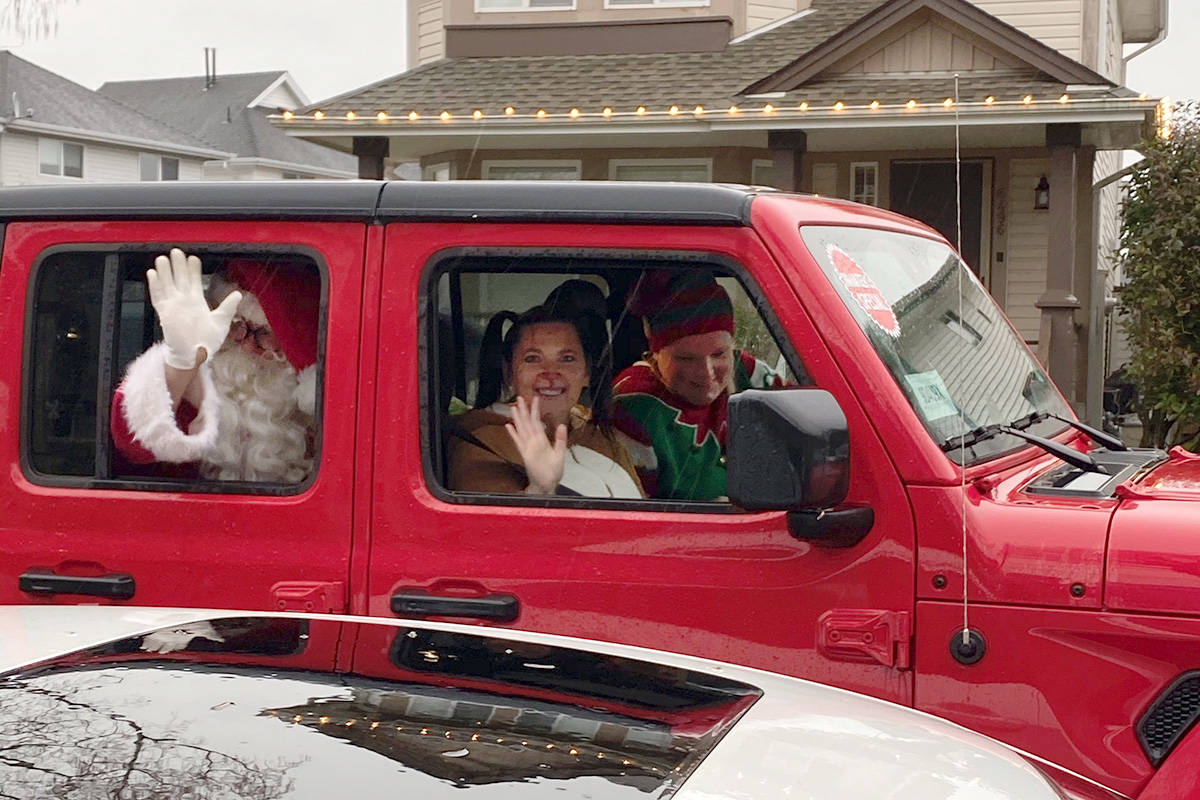 Sean and Jen Gallawan, alongside Jen’s sister the reindeer, made distanced visits to 20 different families on Dec. 19, 2020. (Special to Langley Advance Times) 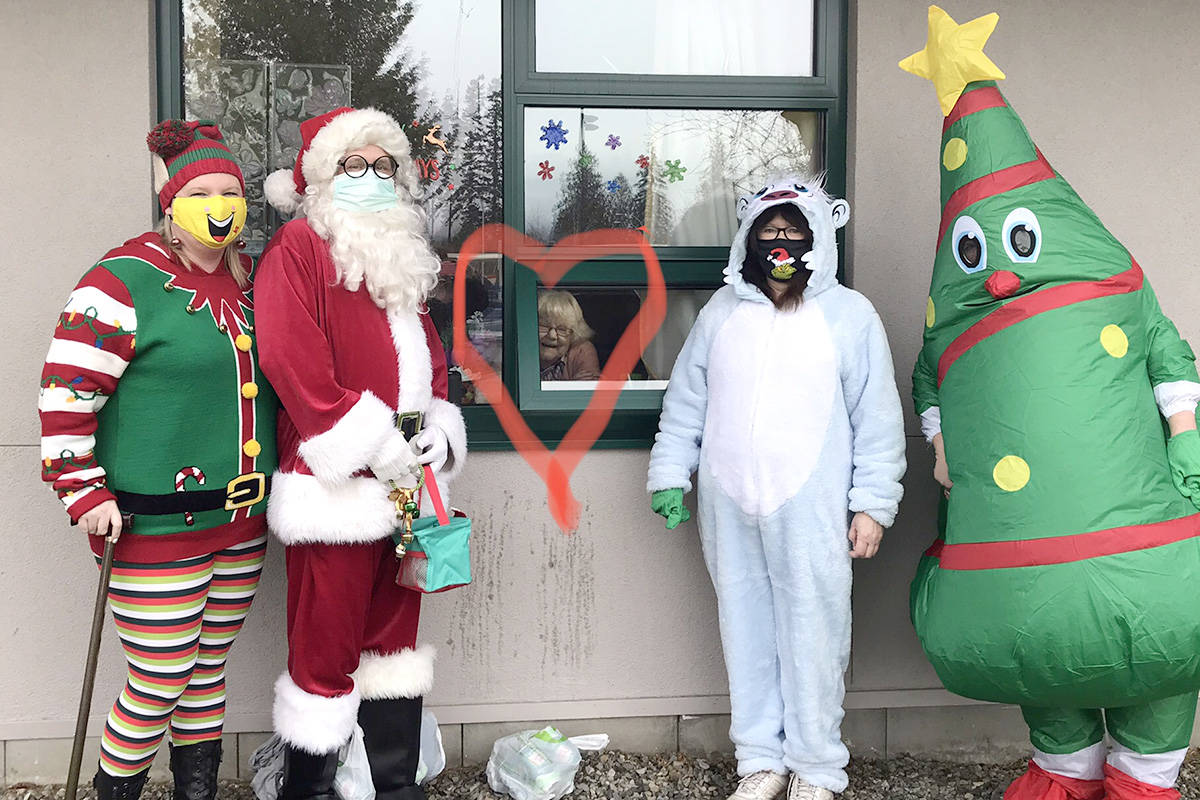 Santa and his helpers took to the streets of Langley on Dec. 19, 2020 to spread some holiday cheer. Jen and Sean Gallawan (left) stopped to visit a long time friend at a nursing home near Langley Memorial Hospital while making stops at 20 different homes to visit kids in the community. (Special to Langley Advance Times) 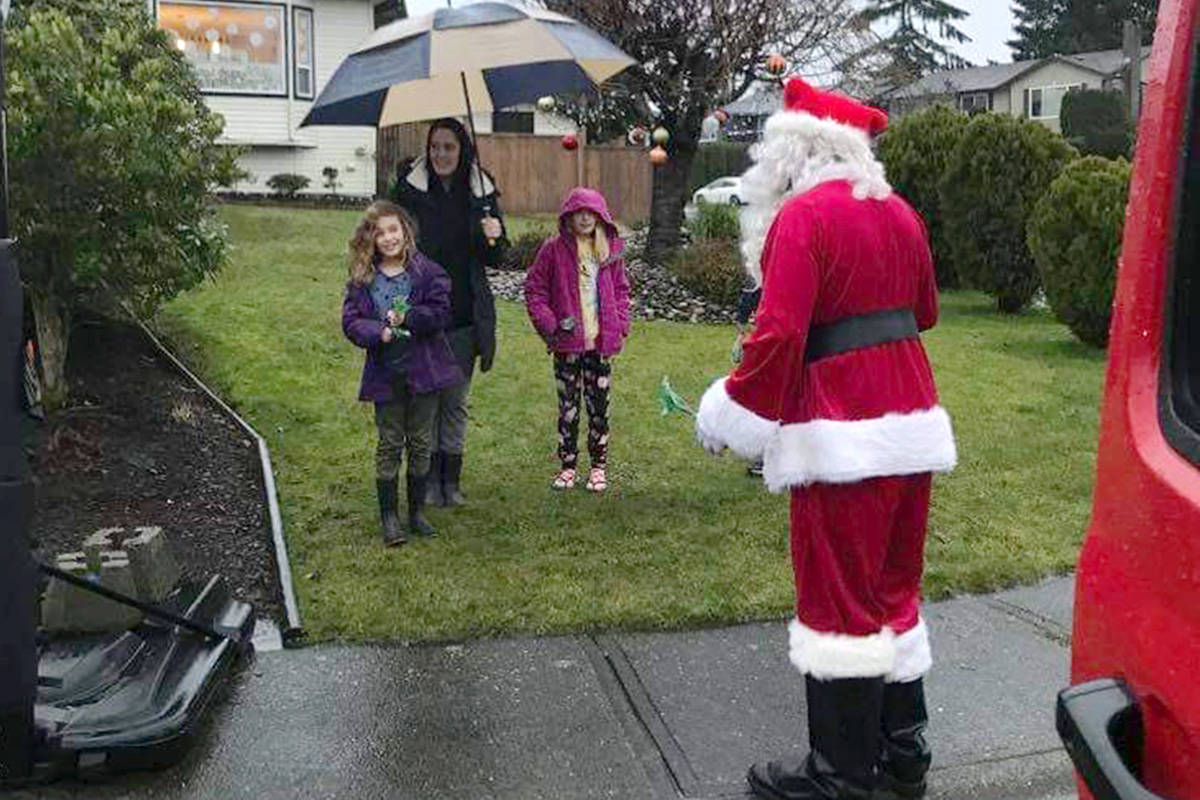 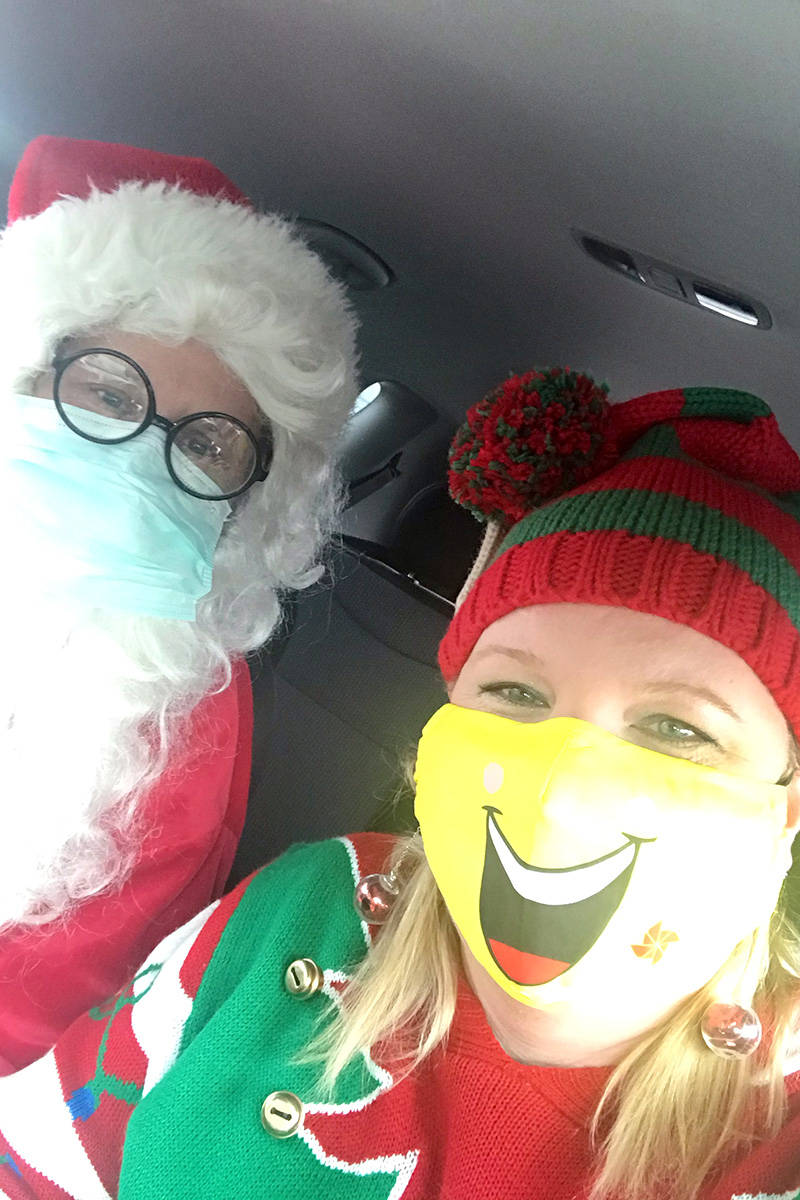 The Aldergrove Santa may not have had a chance to take part in the annual Christmas parade, but he still managed to visit with some kids this holiday season.

It all started when Jen Gallawen put a call on Facebook for a Santa suit as part of a plan to help restore her six-year-old nephew’s faith in Big Red.

A friend from the Aldergrove legion wrote Jen saying the Santa suit they would typically use in the annual Christmas parade was available.

“We’re not doing the Christmas parade this year,” she told Gallawen, “So I can lend you the one that we have here, if you want to get [Sean] to come and see if it fits.”

Sean Gallawen is Jen’s husband and he was about to take on a role of a lifetime.

The suit was a fit, but Sean thought he should put it to the test by surprising their neighbour’s daughter.

The young girl “was so excited and so happy,” Jen recalled, she also captured the moment on camera.

“So I posted that picture on Facebook,”Jen said.

“And I had a lot of comments like, ‘Oh, that’s cool. I wish you could do that for us.’ And so my husband asked, ‘Do you think we should do a Santa drive-by?’”

So the pair put the call out on Facebook and had 20 families ask if they could drive-by and visit with their kids.

“I emailed everybody, I told them approximately what time we would be there, and that we would text them when Santa was on his way,” Jen explained about organizing the day.

But something was still missing. Santa needed a ride.

“My husband has a couple friends that work at Langley Chrysler, and so he went over there to see if we could get a red vehicle to borrow,” Jen said.

Then on Dec. 19 around noon they set out in a red Jeep Gladiator. Sean as Santa, Jen dressed as an elf and her sister a reindeer.

“We were out there for about five hours driving and stopping at places… and that day, it was pouring rain, but didn’t stop the kids from wanting to see Santa,” Jen laughed.

The couple prepared treat bags for all the kids.

“He had his gloves and his mask,” Jen said, noting they were mindful of taking all precautions during the pandemic.

But pandemic or not the couple said they plan to do it again next Christmas.

“The kids faces were just so happy and it made us so happy because this year has been terrible. And so we’re just happy to bring some joy to some other people’s lives,” Jen said fighting back tears.

And as for Jen’s nephew, his faith was restored.

“On Christmas Eve, my husband dressed up as Santa… and he went outside and was ringing his sleigh bells,” she retold.

Her nephew was elated and began to alert the house Santa was in the yard.

“Now my nephew believes in Santa, so we’re good,” she laughed.

Calls for stricter action in B.C. as COVID-19 variants projected to climb