It started as a school project.

Aldergrove Secondary student Kailey Randle placed two rocks she had decorated on a hill outside of her family home, at 32nd Avenue and 270nd Street, a little more than a week ago.

The Grade 12 student added a hand-painted sign that read “Hope Hill” and attached it to the fence above.

Randle hoped that people would understand the hill was designated for locals coming to terms with their new COVID-19 reality – to collectively display their rocks.

Then, Randle took to social media, inviting others to paint a stone and take part.

“Placing rocks here will hopefully brighten up our community as well as bring joy to those who pass by,” Randle told the Aldergrove Star about her initiative.

Originally, guidelines for her self-directed assignment involved engaging the Aldergrove community and impacting people’s lives during the daunting pandemic.

Within just a few days the hilltop was covered in colourful messages painted on rocks: “Be safe, be kind,” one stone read. “Stay six metres apart,” another suggested.

Left some rocks today at a special place kids were super excited. Whoever started this you are awesome…we will stop often and bring some painted rocks for others to enjoy and look at. The rocks there are beautiful such talent 😍 #hopehill2020

Other stones offered tidbits of encouragement such as: “Everything is going to be okay” and “strong.”

On Sunday, May 10, a rock had even been placed on the hill saying: “Happy Mother’s Day!”

When first considering what to do for the assignment, Randle said she came across a Facebook post where a nurse stumbled upon a rock with an encouraging message, just before another long shift.

“She said that it made her day.” That was this student’s ultimate inspiration for Hope Hill.

Those who leave rocks are asked to use hashtag #HopeHill2020 for any posts online.

Randle was recently accepted into the University of Fraser Valley, where she plans to study criminology – with hopes of becoming a youth probation officer.

As most B.C. schools remain closed due to COVID, Randle is continuing to study at home alongside her younger brother Robert. 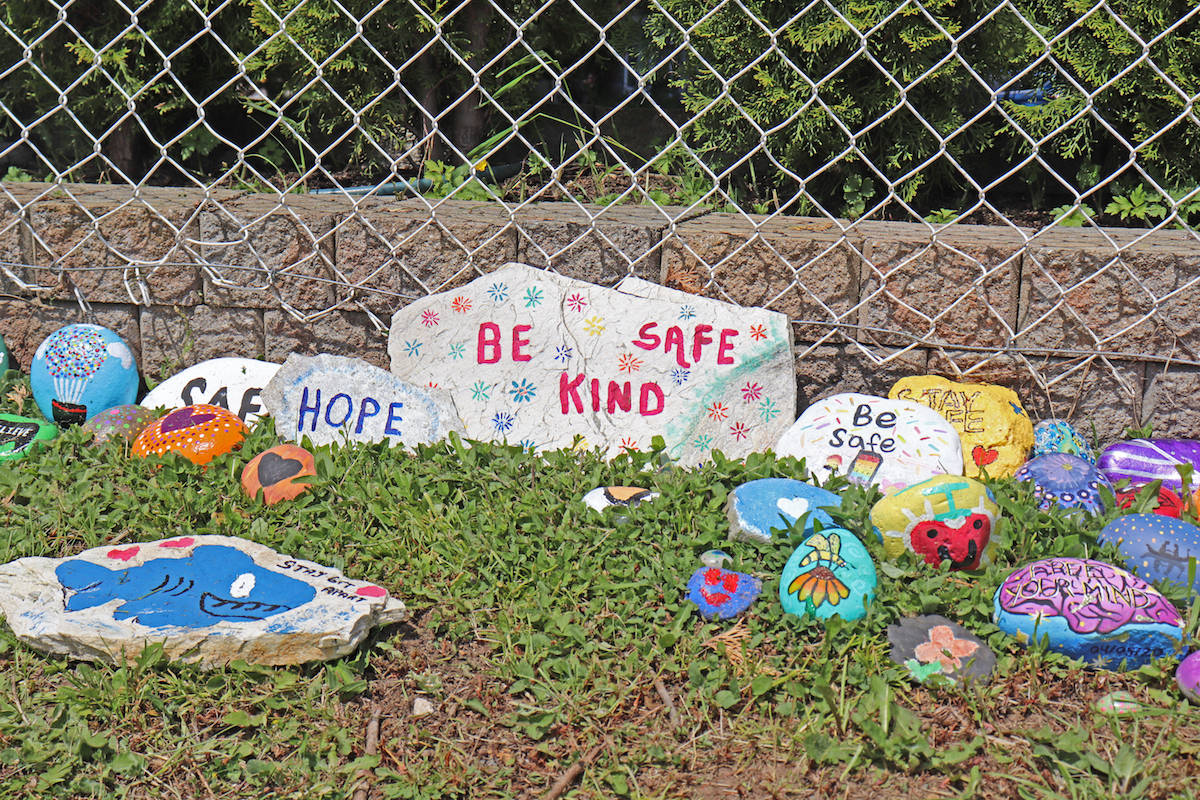 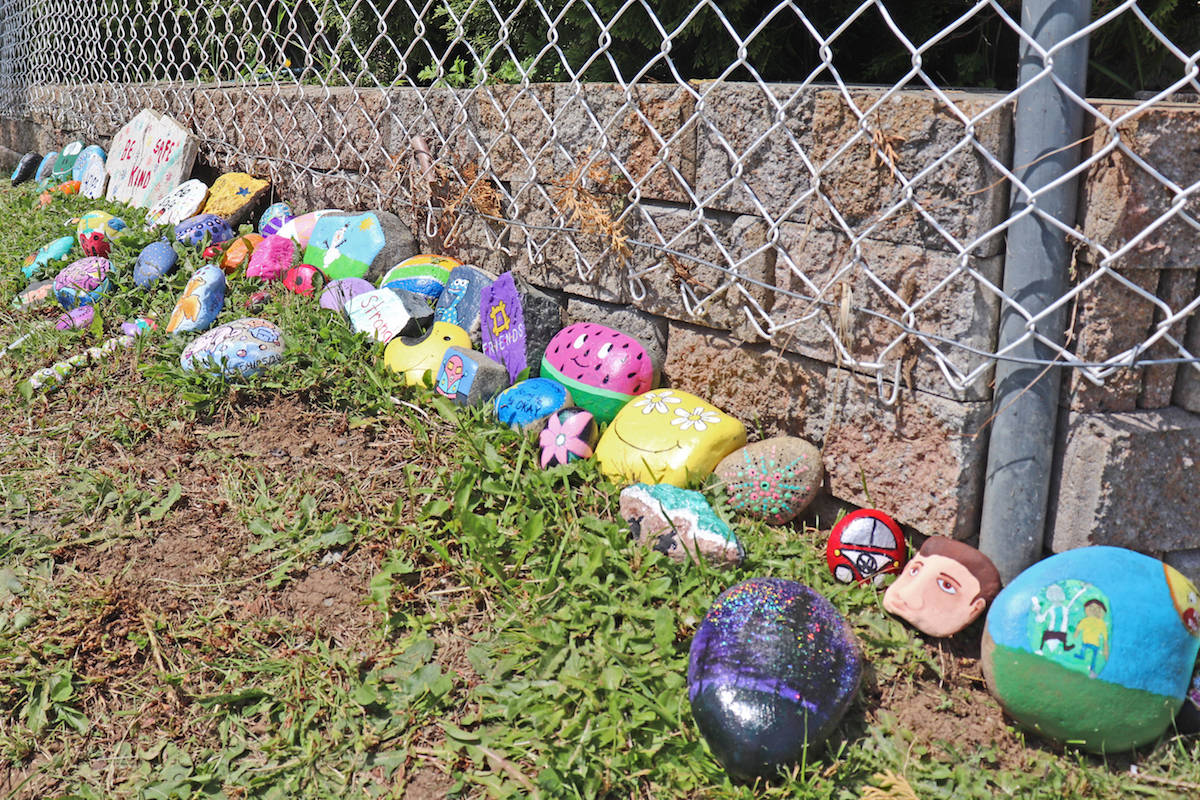 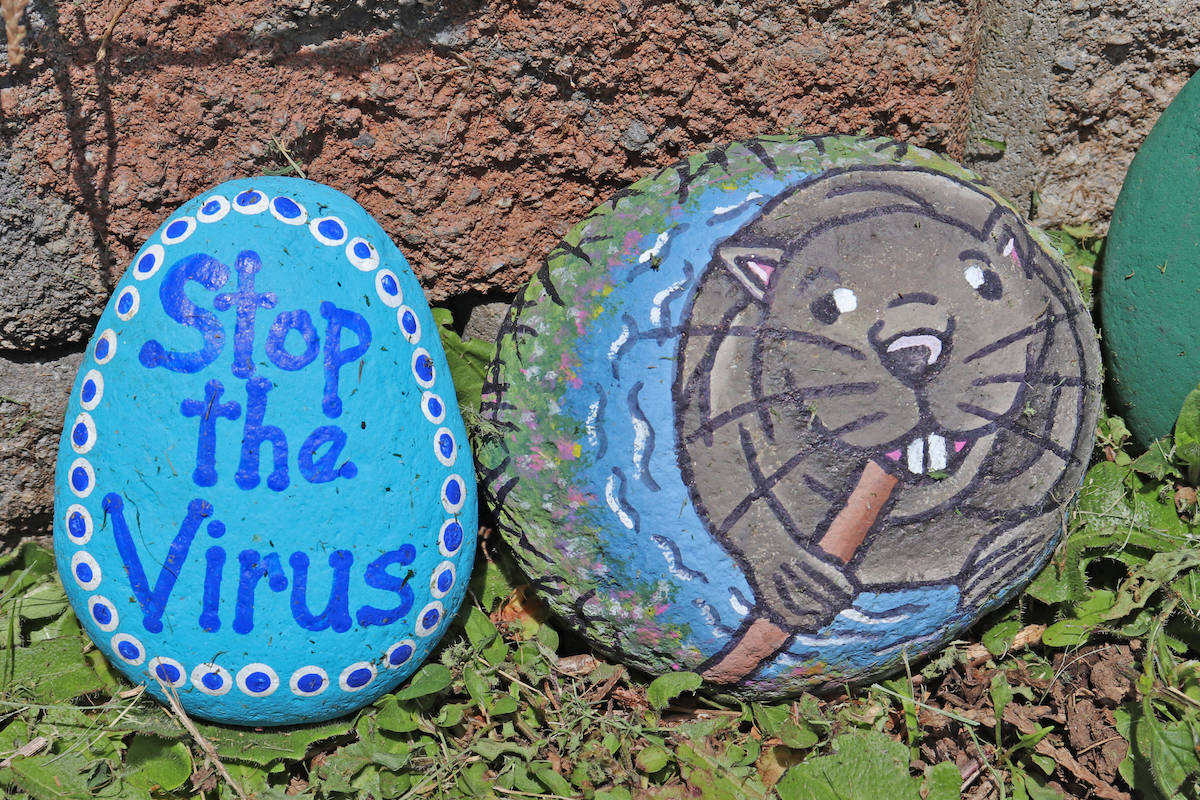 Langley bagpiper shows off his skills in online competition

A tree is planted on Mark Warawa’s birthday