A baseball tournament for a five-year-old boy recently diagnosed with leukemia brought more than 140 Lower Mainland players to Aldergrove this weekend.

Two teams of at least 12 players were formed in honour of the child, Sylas O’Riley.

Team Sylas, included the namesake, along with his father, Jason, and each player donned a T-shirt with Sylas’ face on the front.

Jason, called “Jay” on the field, played a total of nine games during the course of the weekend for his son, who is described as having a “heart of gold.”

Sylas’ mother Antoinette was stunned by the turnout when she reached Phillip Jackman Park.

“It’s overwhelming,” she said, “I still can’t really believe it.”

The mother had intended to bring Sylas to the last game on Sunday. But after he felt well enough to show up Saturday, she couldn’t pull him away all weekend.

Antoinette worried about Sylas every time he was called up to bat. But the bright-eyed boy wriggled happily out of his mother’s arms, all eyes on him, determined to score another assisted home run with the help of his father – who held his arms as he swung.

“He loves it because everyone includes him,” Jason said.

Fifteen teams played through rain on Saturday night and Sunday morning, pitching in any way they could for the O’Riley family.

By the end, two slo-pitch teams came out on top – Kaos from Abbotsford took first place with Pitch Slapped from Langley a close second.

“Everyone has pulled together for him this weekend. Everyone’s rooting for each other and they are not a family who gets that a lot,” Pilote elaborated.

“I just can’t imagine what they’re going through,” Pilote told the Aldergrove Star. Pilote herself lost her father to cancer.

“We didn’t have enough people to make up a team so we asked Yvonne ‘What can we do?’ And this was it,” Jen explained, noting she too had family members who suffered with cancer.

Even three Langley slo-pitch umpires donated days worth of their time, keeping score.

Why was Sylas in agony?

Sylas has been undergoing chemotherapy at BC Children’s Hospital since April 8, and is expected to have a long road ahead of him.

He is about to undergo stage four and five of treatment, which will be the “roughest on his body and the most frequent,” Jason told the Aldergrove Star.

For the last nine months the family consulted various Fraser Valley doctors trying to figure out why Sylas was in agony, suffering with a constant cold and bumps on his skin.

“These doctors were supposed to be the ones looking after us, and Sylas,” Jason grieved.

Now, after being diagnosed with lymphoblastic leukemia three months ago, Sylas will receive chemo three times a week, along with a lumbar puncture (LP) almost weekly.

Jason and Antoinette are staying at Ronald Mcdonald House during the treatments.

Aldergrove resident Jodi Mangat was another major contributor to the tournament. She entered her family team “Full Send” in the tournament, who prior to the event had raised $1,100 in a fight against cancer.

An emotional Jason hugged each and every one of the team members after being presented the cheque. Mangat lost her mother to the disease a few years ago, and was motivated to supply tents, lawn chairs, and “The O’Riley Fundraiser” shirts for tourney volunteers.

“You can’t ask for anything better than that,” Pilote said, exasperated from a weekend of planning and playing ball.

A total of $5,709.15 was raised during the course of three days – through raffles, registrations, barbecue, and team fundraising.

The O’Rileys were on-hand Sunday night to receive a cheque for the full amount, following the last game. 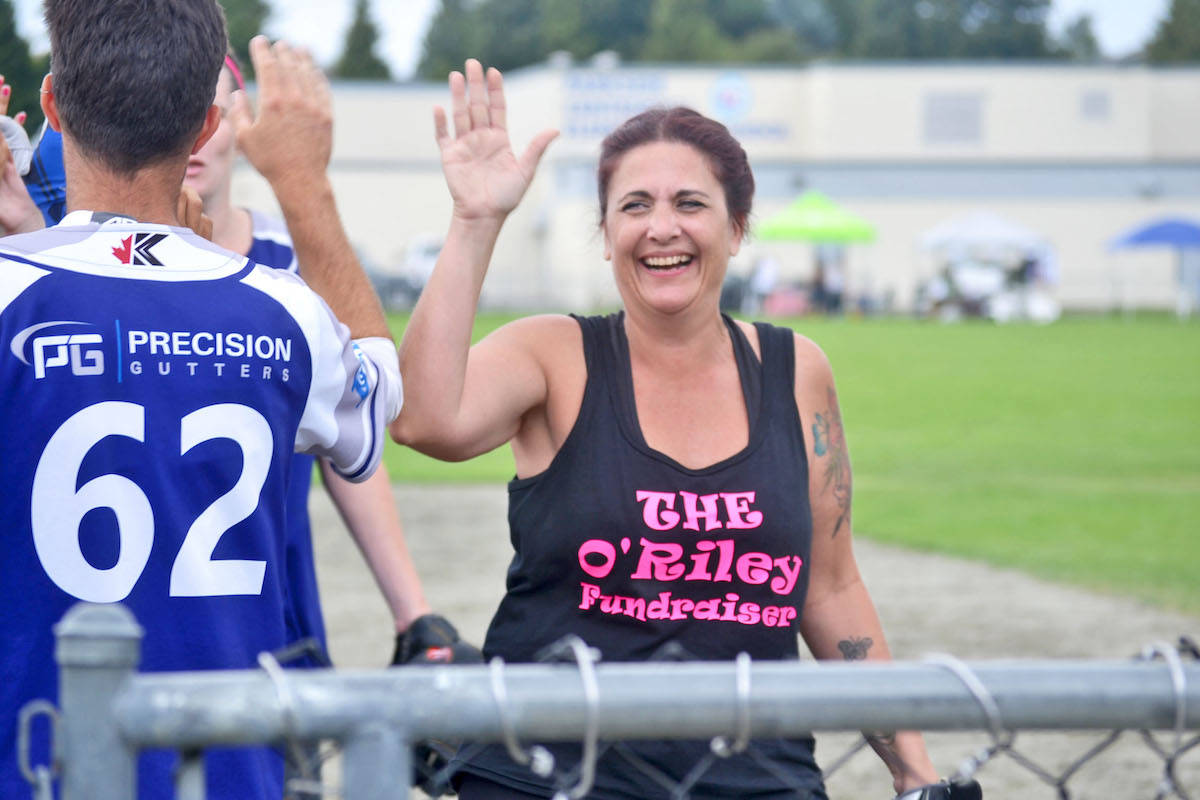 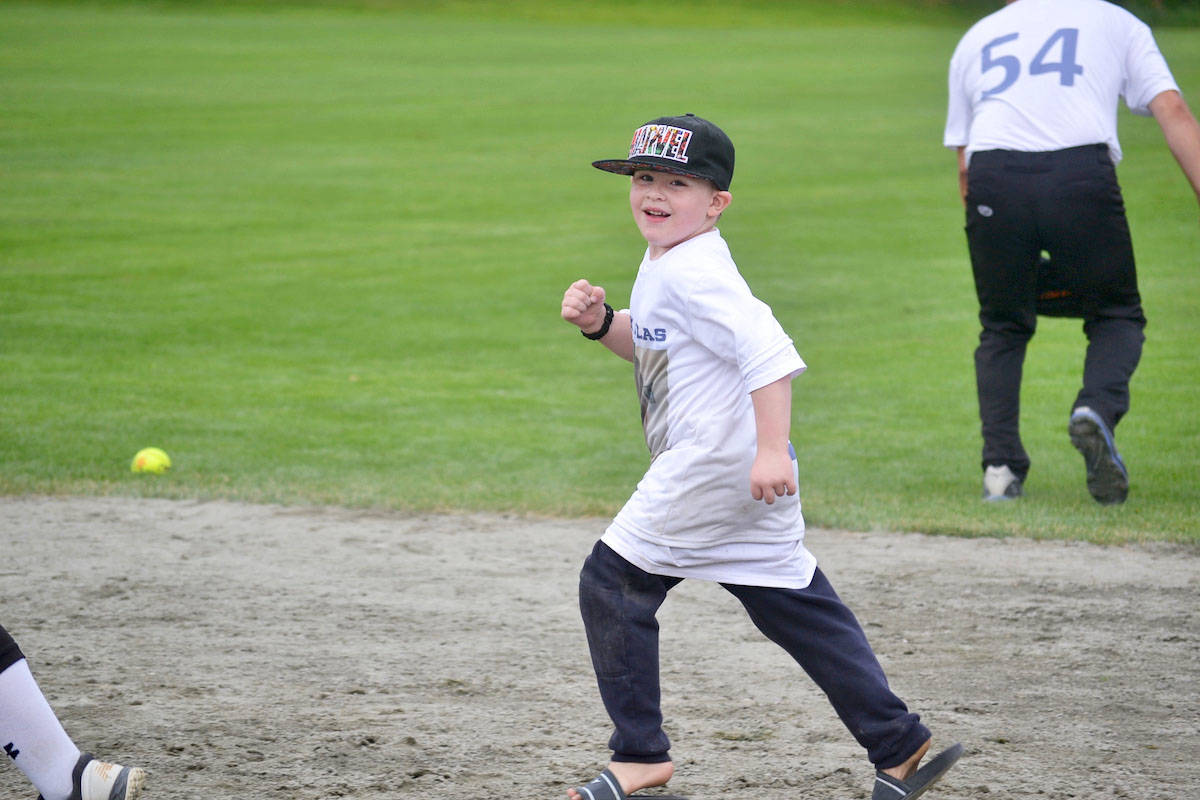 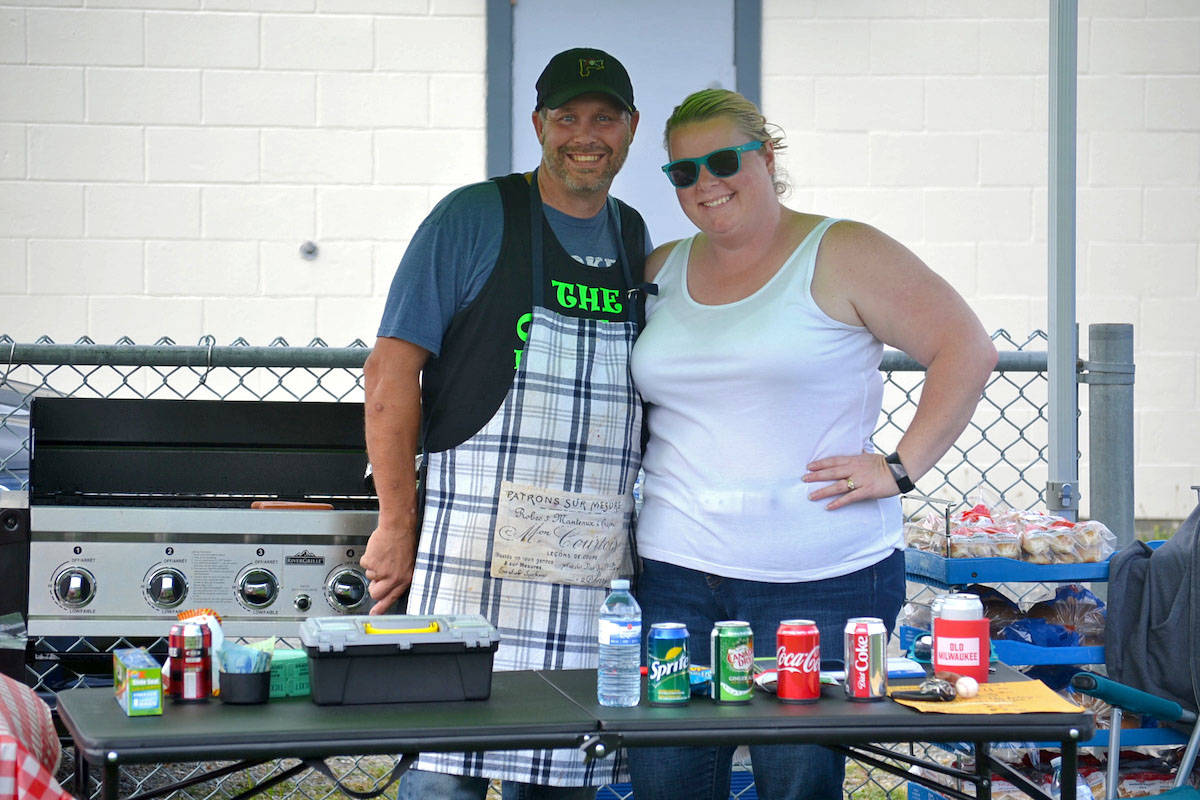 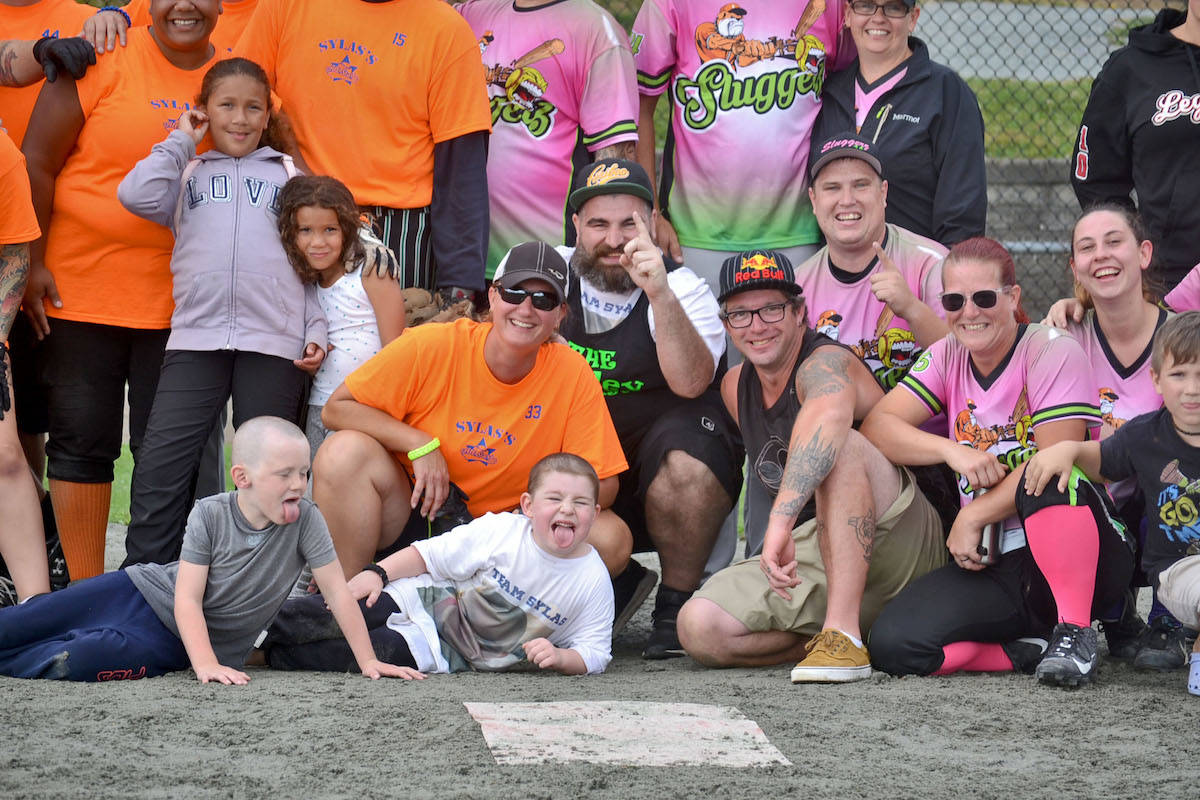 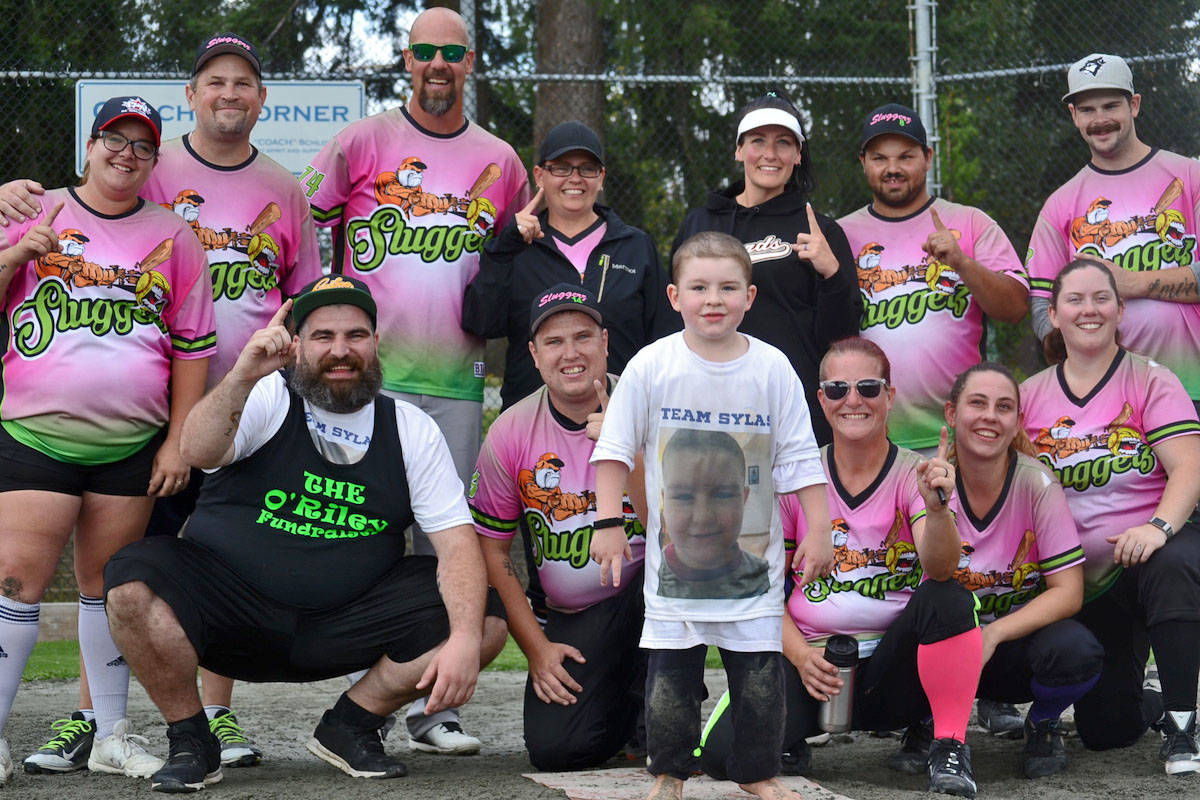 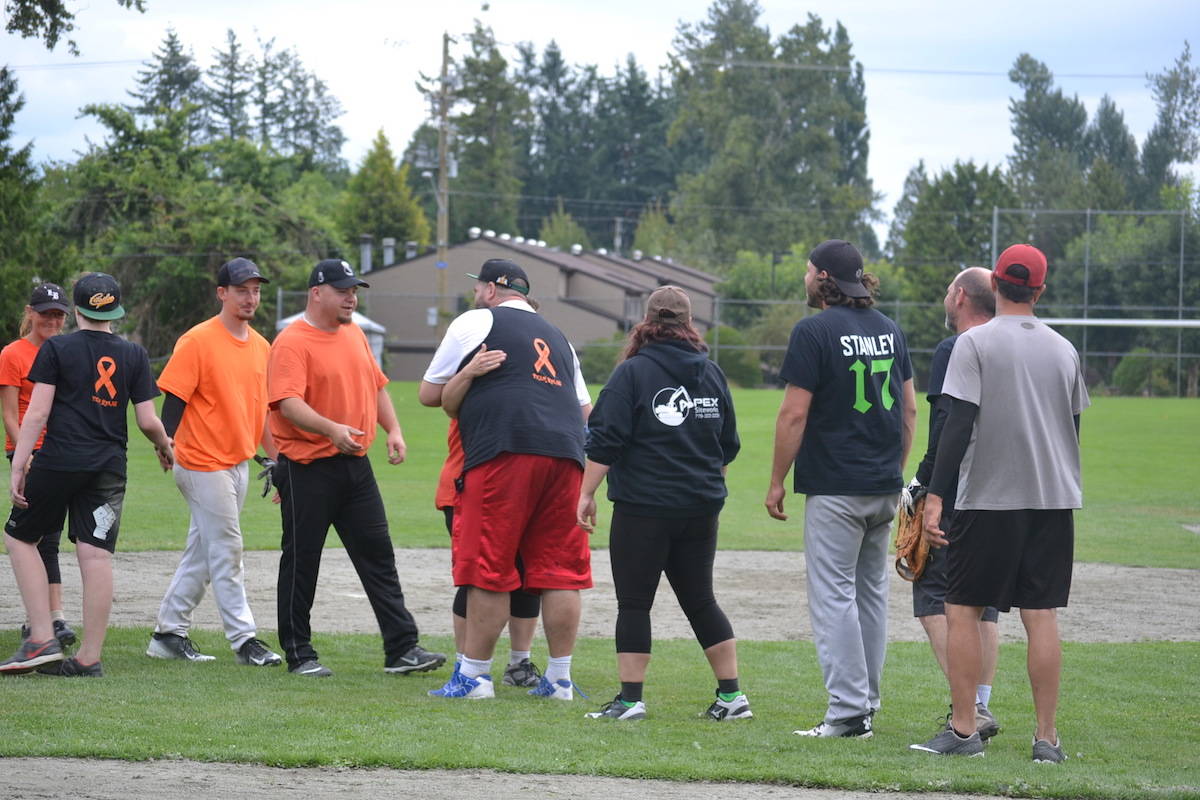 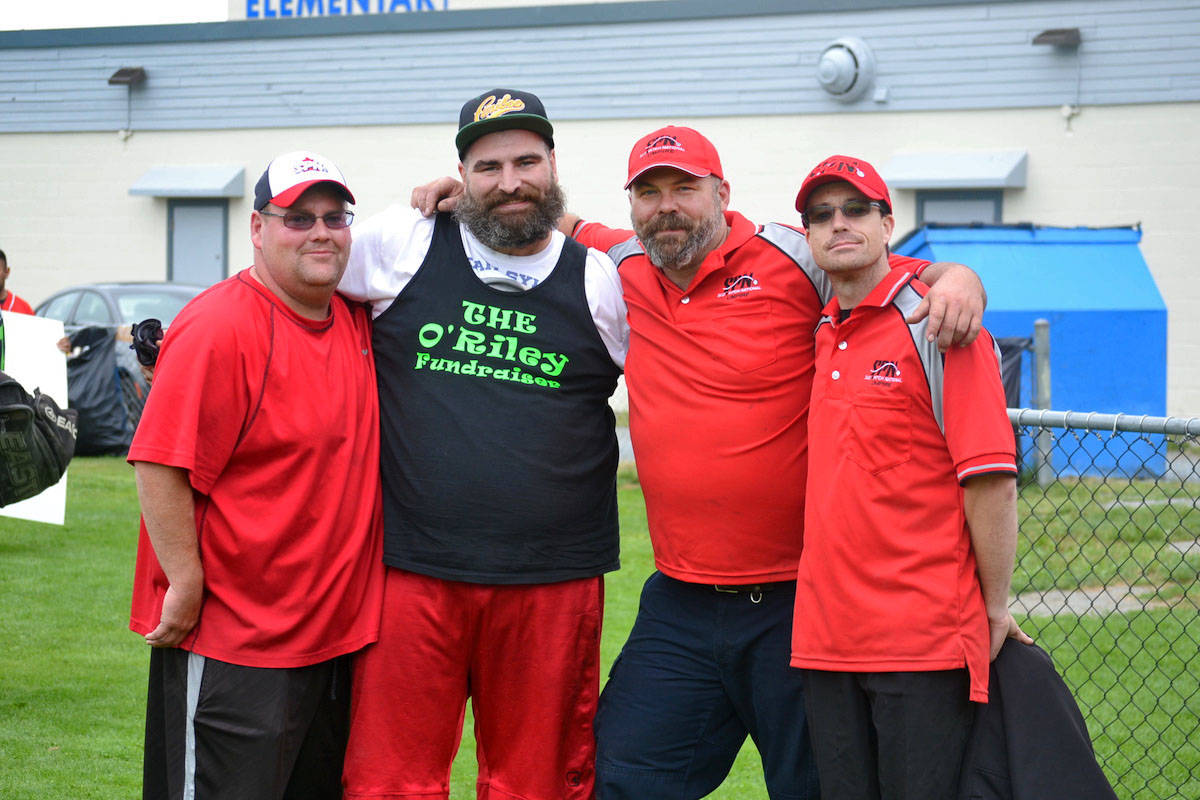 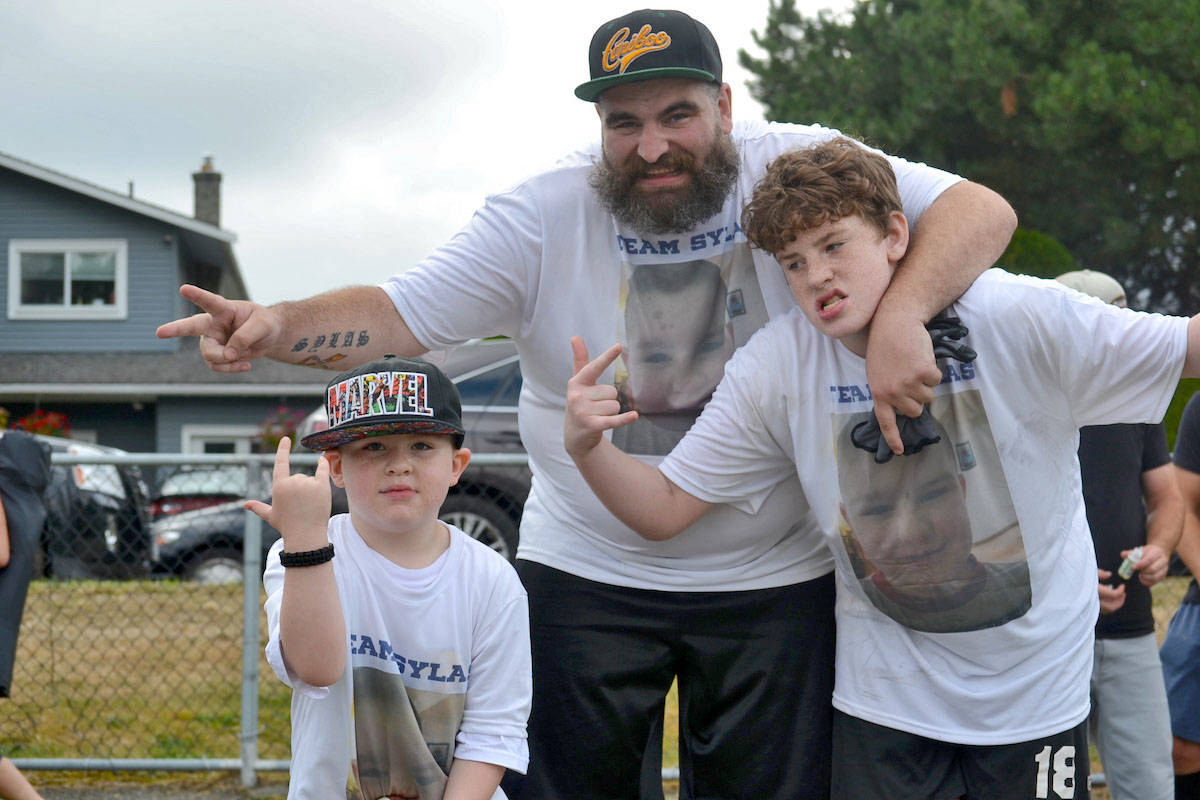 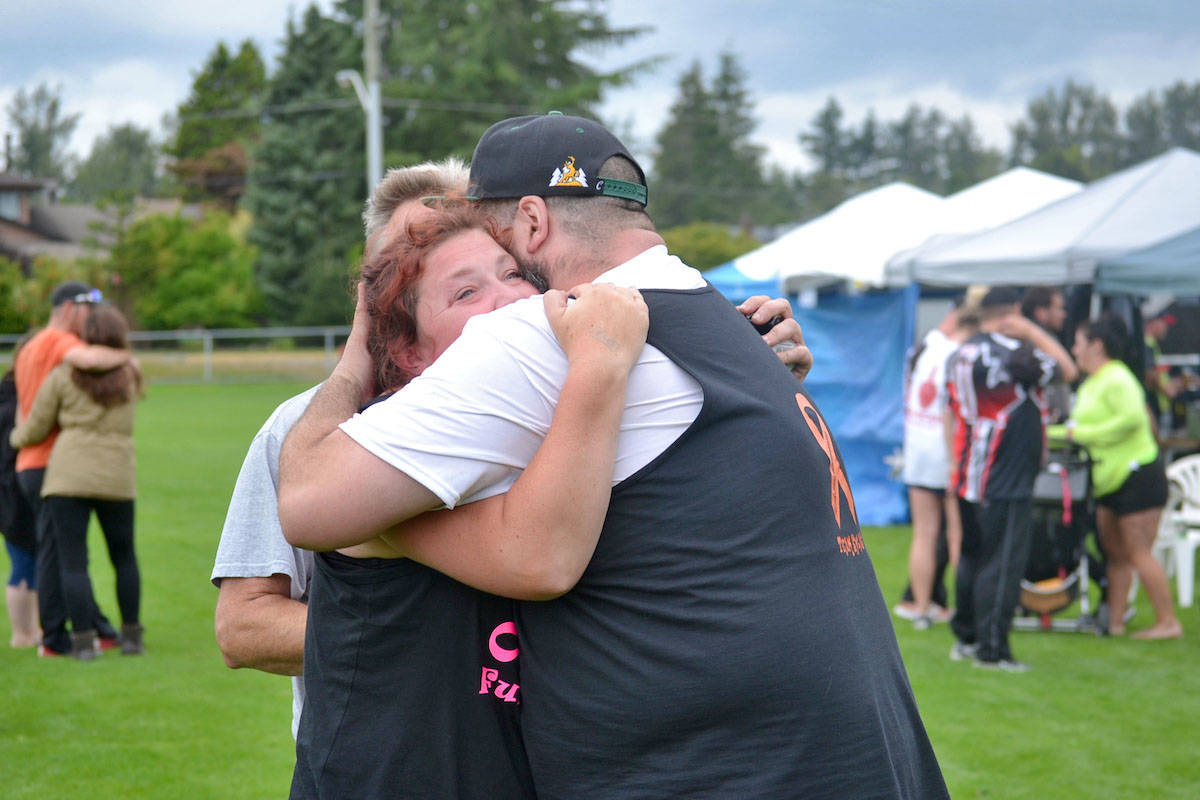 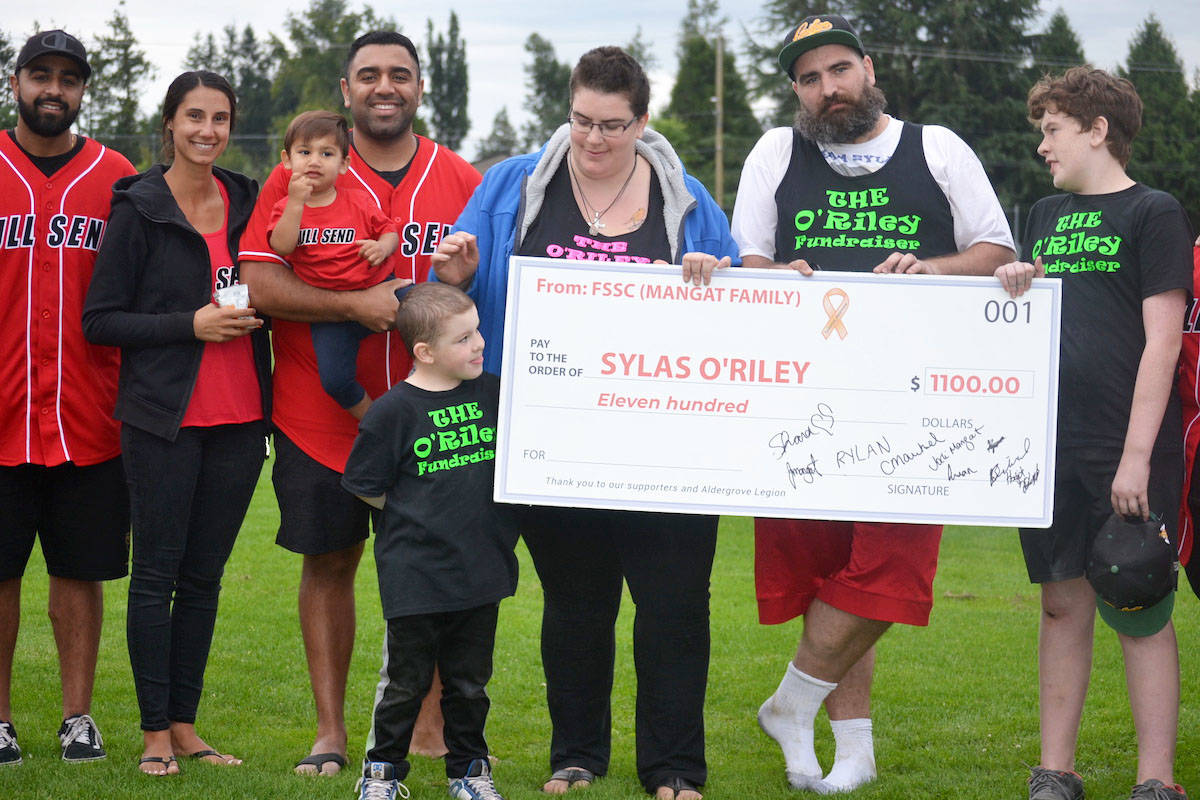 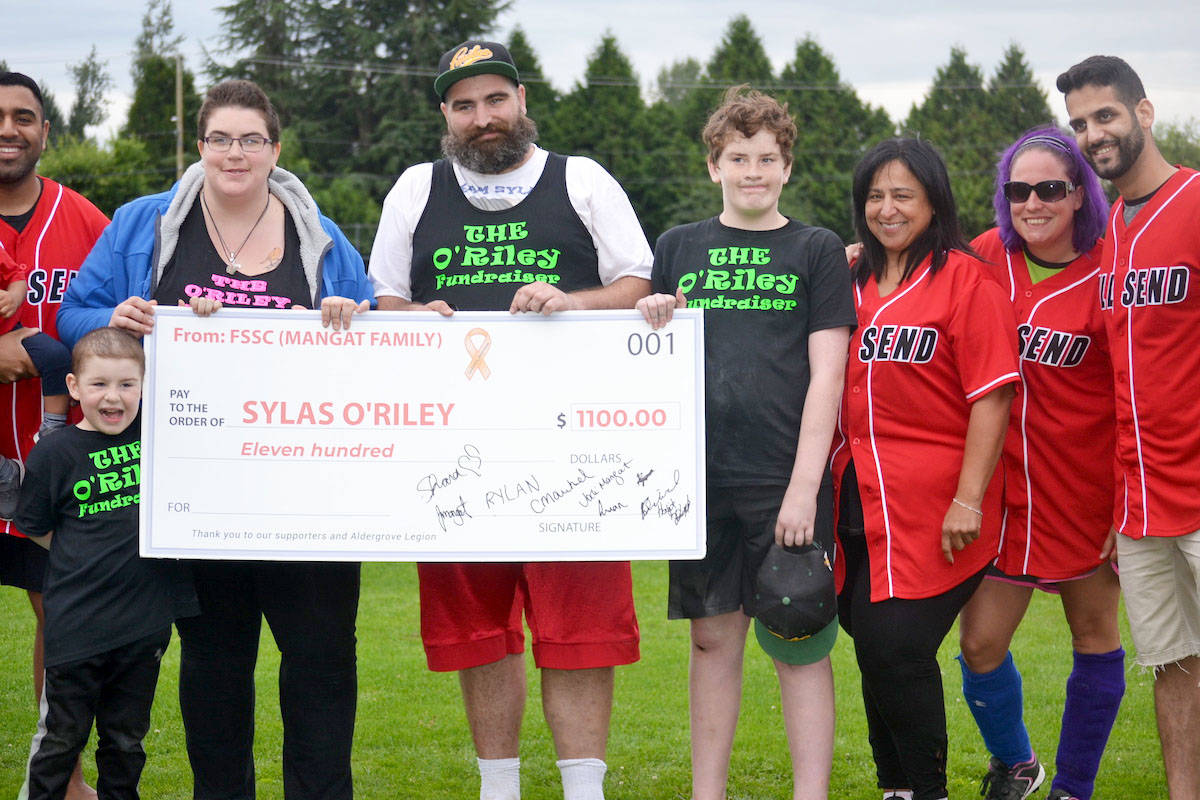 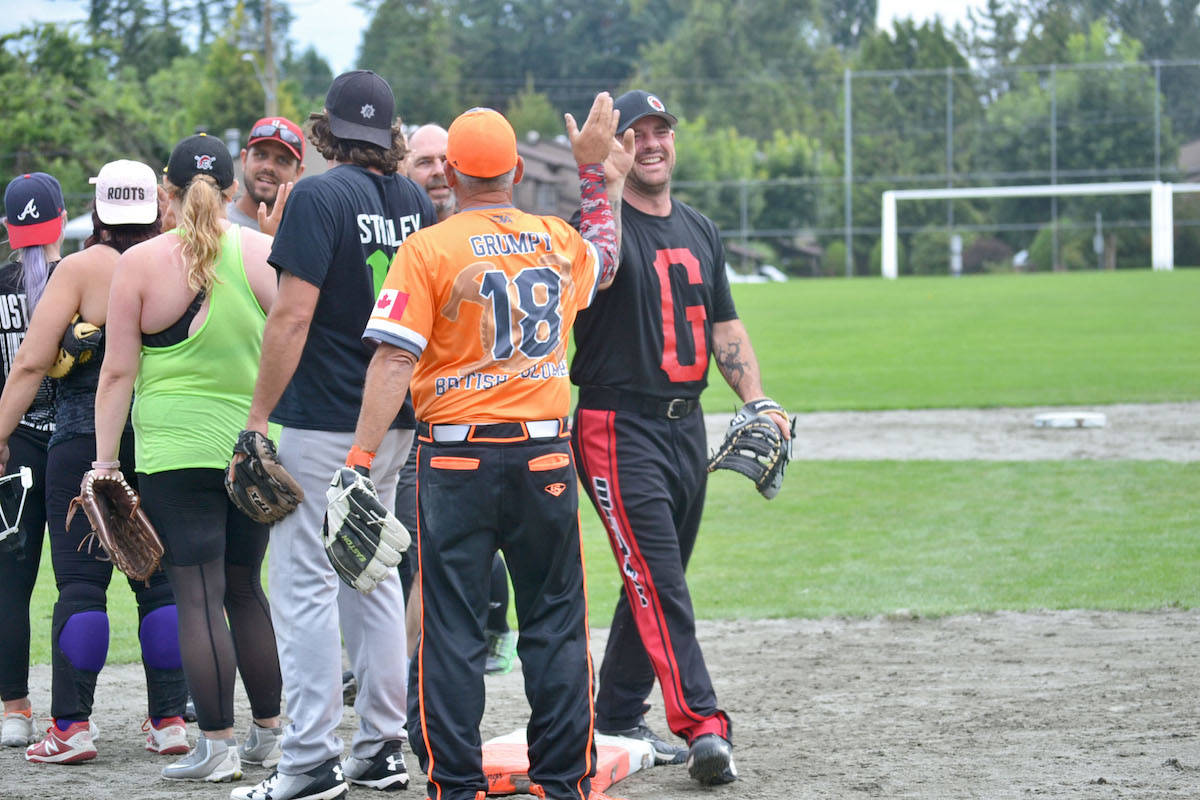 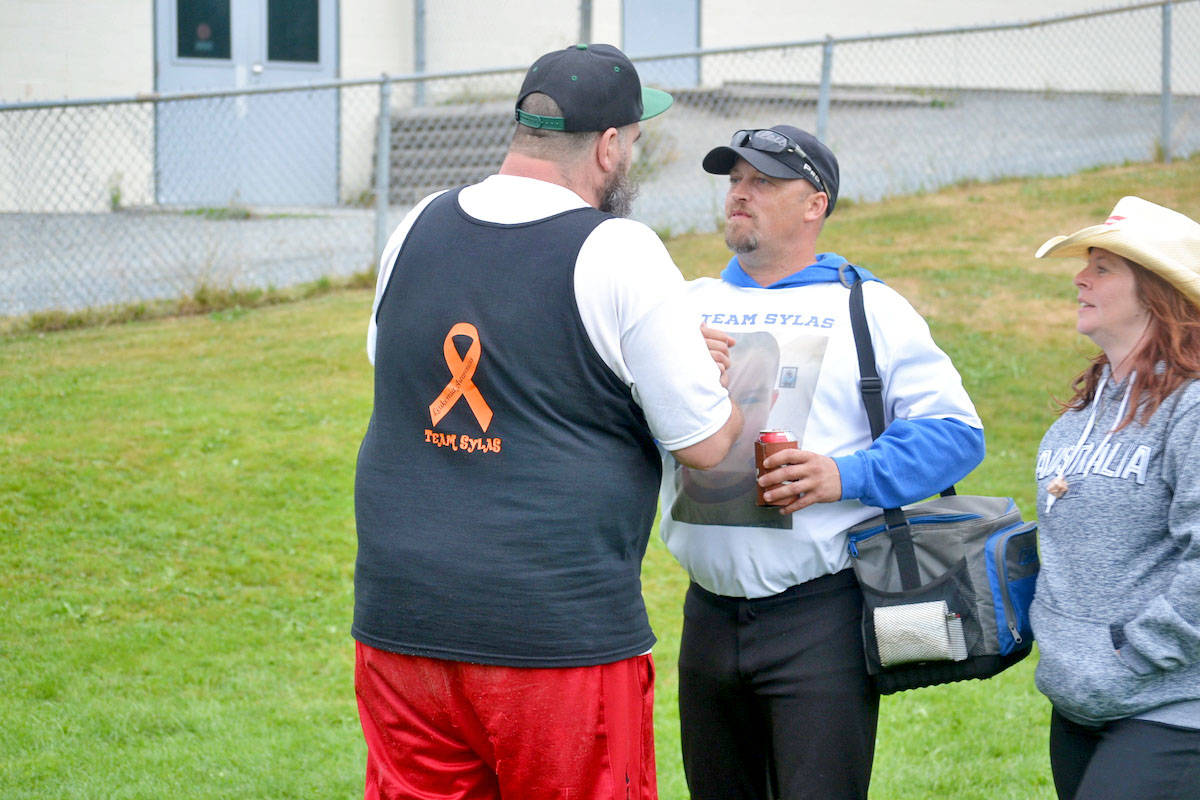 Donations pile up for B.C. boy who lost hand in ATV crash