The longstanding Alder Inn was demolished on Nov. 16; now hardly one month later, the vacant lot that was left behind looks unrecognizable.

MWL Demolition Ltd carried out the $250,000 job, cleaning out the wood and rubble in a matter of days.

The lot was subsequently smoothed over with gravel, sparking an idea within Langley Township Council, who sought to spruce up downtown for the impending holiday season.

Councillors Bob Long and Petrina Arnason convinced a majority of Langley Township council to fund the tree – a 27-foot Norwegian Spruce from an Abbotsford tree farm was already lined up for $200.

Council voted to approve spending no more than $5,000 from the municipal contingency fund to purchase a tree and set it up with lights, with Coun. Margaret Kunst voting against the proposal.

On Tuesday, Dec. 8, crews put the new fixture in place, topping the towering tree with a star and draping it with multi-coloured lights.

Arnason said she hoped it would “lighten it [the demolition site] up and make it look festive.”

Long said the goal was shining a light in these somewhat dark times.

“I’m thankful and proud that the community has come together to assist with contributions and by helping to decorate and make that corner more than an empty lot,” Long said after the tree went up. “It’s a COVID Christmas, so it’s nice that we can brighten it up a little with this big tree – at what has turned out to be very minimal cost.”

Long added that $1,000 was donated from the community to install the tree, a project that he noted has come in a significantly lower costs than what was budgeted.

“Plus we now own the lights and the cost of chipping it later in January will provide mulch for Township of Langley trails,” he explained.

The tree is surrounded by a green fence that has surrounded the construction site for months.

Aldergrove Business Association called on residents to add even more holiday cheer by decorating the fence with red ribbons.

Jodi Steeves, president of the ABA, is encouraging people to additionally share family Christmas traditions along with the ribbons, as a way to brighten up the holidays and connect the community.

“Maybe we’ll be able to publish them in the future,” she added.

A few ribbons have gone up along with bows and even stockings.

The tree will light up and dusk every night at 272nd Street and Fraser Hwy throughout the holiday season.

Township council is now discussing what will go in the space for the long term, with communal spaces such as an urban garden or plaza, as top suggestions. 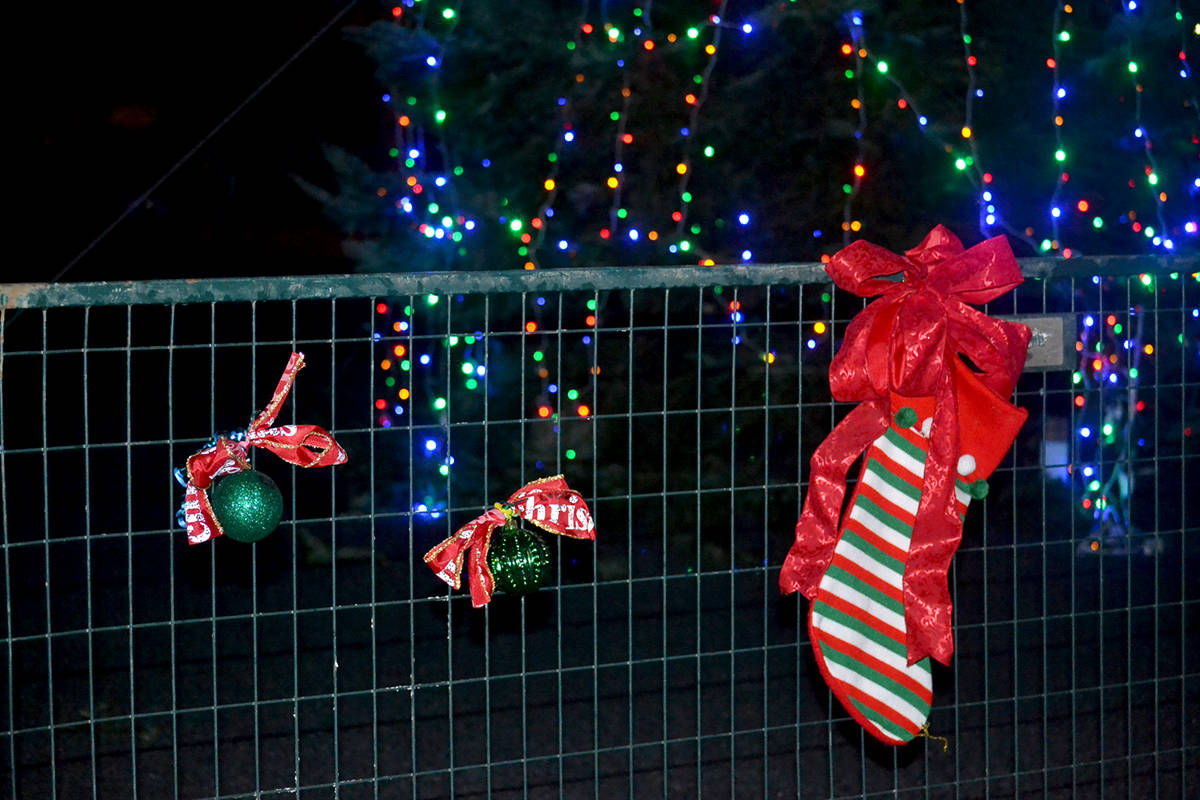 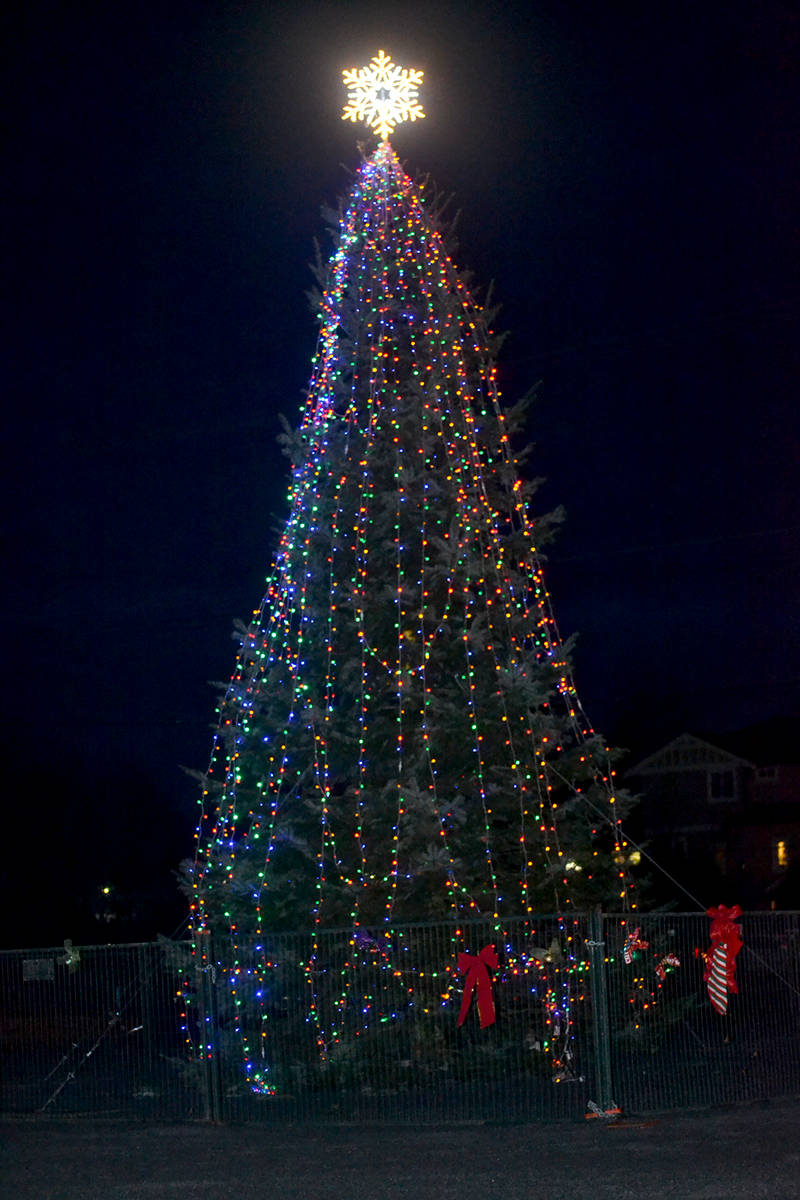 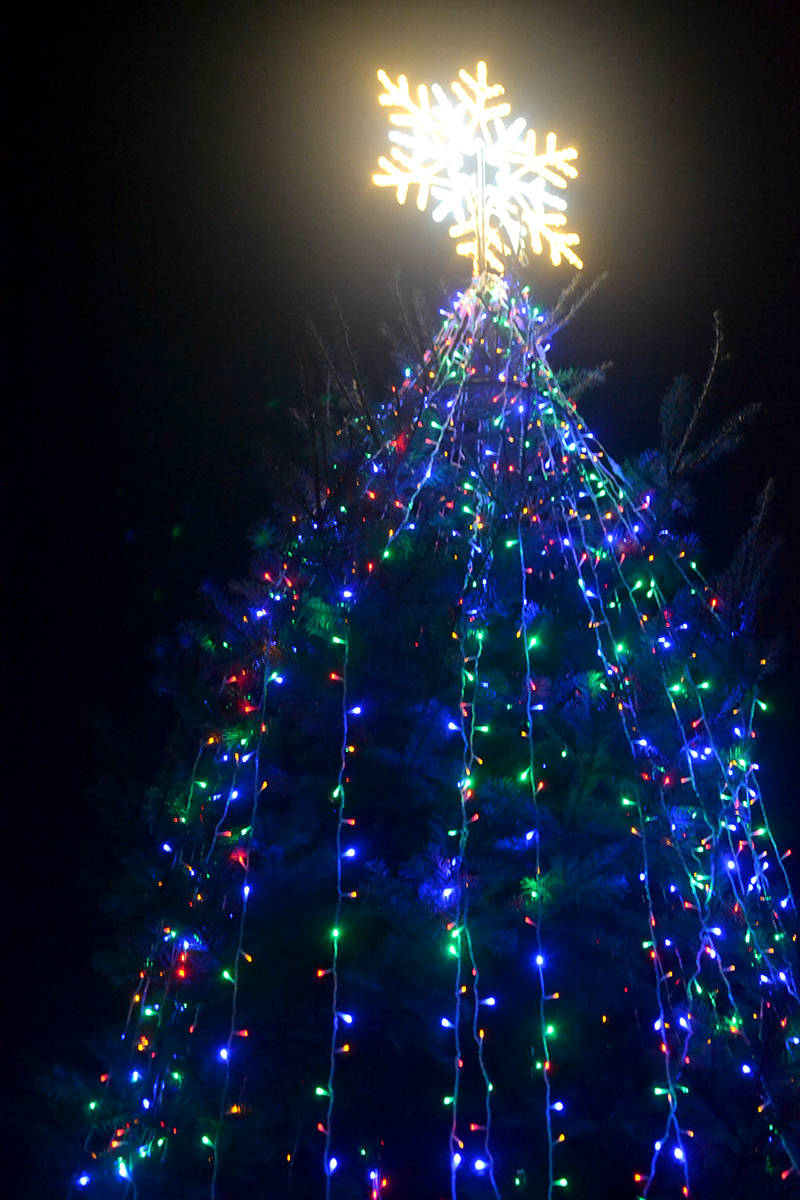 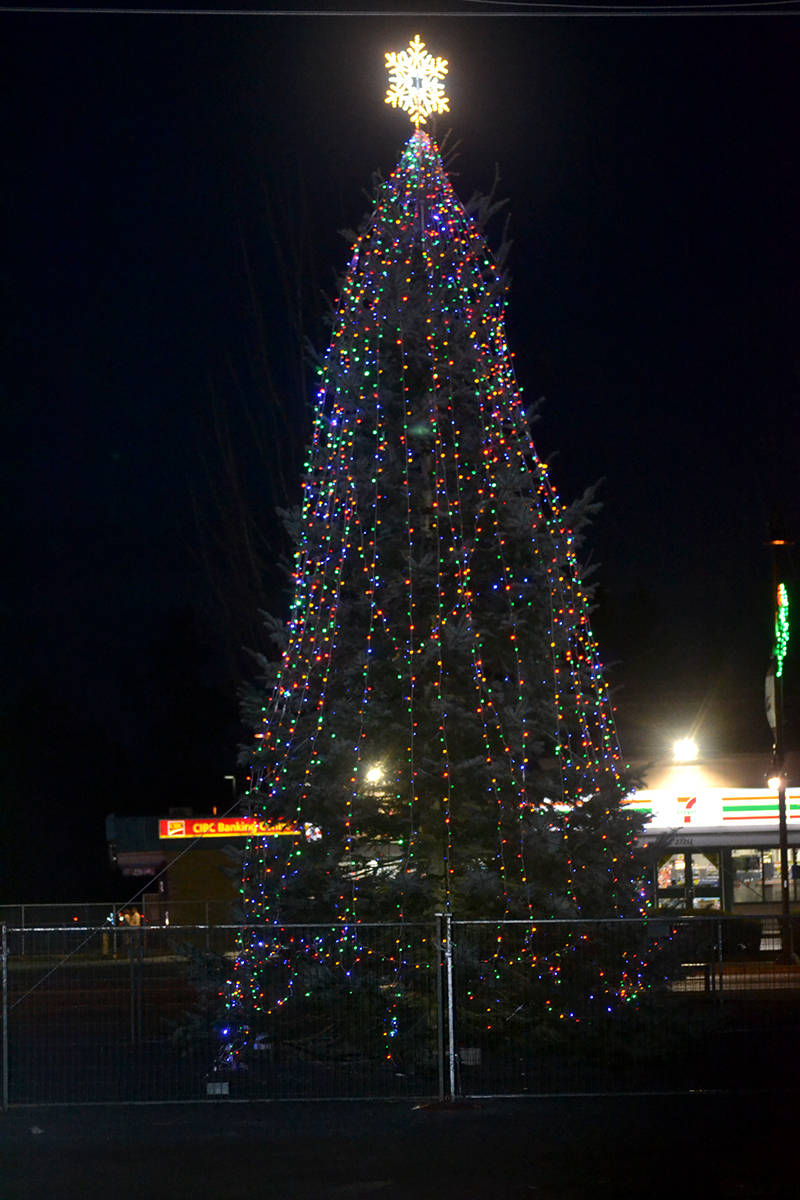 A Christmas Carol comes to life again for Langley fundraiser