Thank You for Caring, a Christmas Tea fundraiser raised nearly $48,000 for the volunteer-run Langley Christmas Bureau.

Marilyn Morgan, a member of the tea’s board of directors, said the event raised $2,000 more than last year and donations are still filtering in.

“Everybody is there because they support the Langley Christmas Bureau, they want to help give other people a Christmas they might not otherwise get,” she said. “I can’t believe this tea started from such a small venue to where it is now.”

The event, formally known as the Mayors’ Wives’ Tea, first started in 2012 and has since grown in popularity.

“We had so many people from last year asking to reserve a table for this year,” Morgan said. “It goes pretty quickly.”

All 500 tickets made available in October were quickly snatched up that same month, and people were put on a wait list.

“We’re trying to figure out what to do next year, we’re thinking we might go to an online system,” explained Morgan.

Moving forward organizers will advertise when tickets will be made available online. A date for next year’s event has already been set, Nov. 22.

“This year was the best year yet, and we are really excited about what we already have planned for 2020,” said Morgan.

The sold-out event was held Nov. 24 at the Cascade Casino Resort ballroom, where the lucky ticket holders enjoyed afternoon refreshments, entertainment and a chance to bid on numerous goodies during a silent auction.

Of the 150 silent auction items available, most popular were a signed Micheal Bublé Vancouver Giants jersey, an infant’s cowboy outfit and artwork.

The event wouldn’t be made possible without all the sponsors, said Morgan.

“We’ve grown so much, we’re starting to raise so much more money that we’d like to expand on our donations so we actually became a society in June,” she explained.

The group’s mandate as the Thank You For Caring Society is to help children and families in Langley, according to Morgan.

“We want to be able to help other organizations too that might need money,” she said.

The group hopes to “diversify” the funds raised, but says it will continue to support the Langley Christmas Bureau.

Although there is a high demand for tickets, Morgan doesn’t expect to move the event to a larger venue.

“If it weren’t for [Cascades Casino] we wouldn’t be able to raise as much money,” she said. “So we really enjoy hosting the event there.” she said. 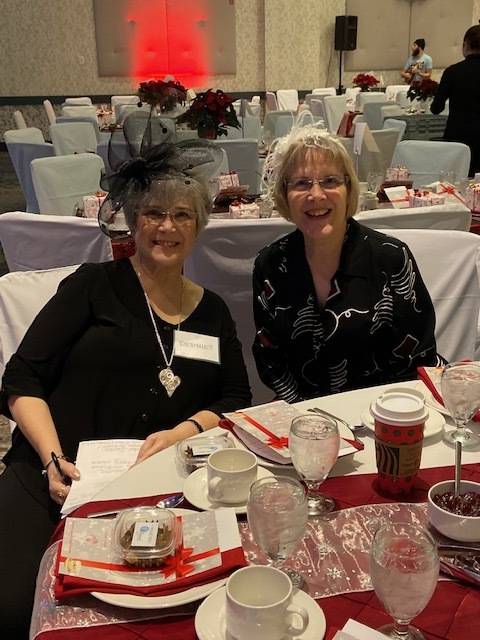 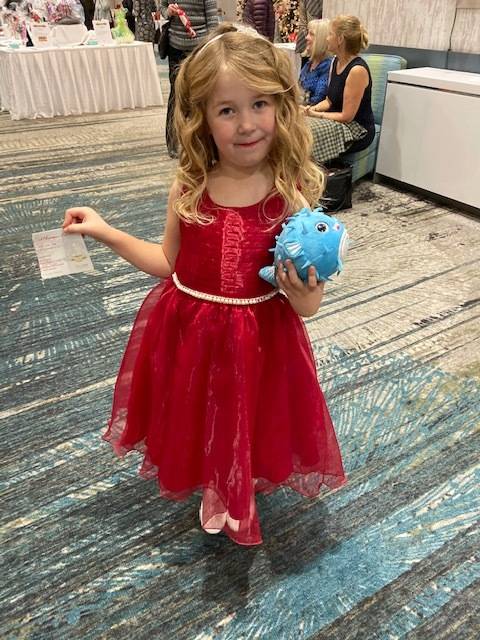 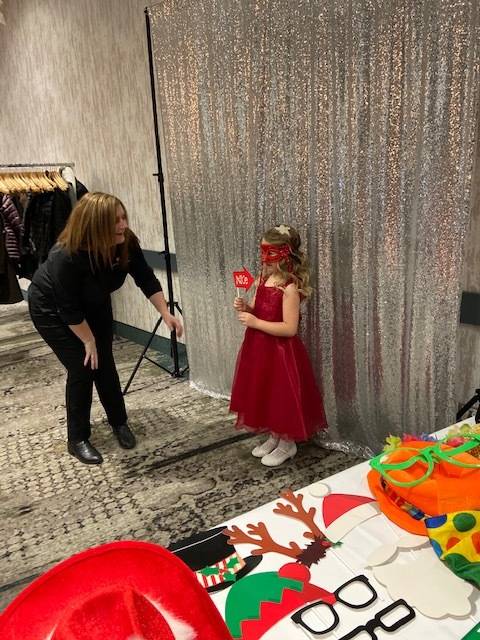 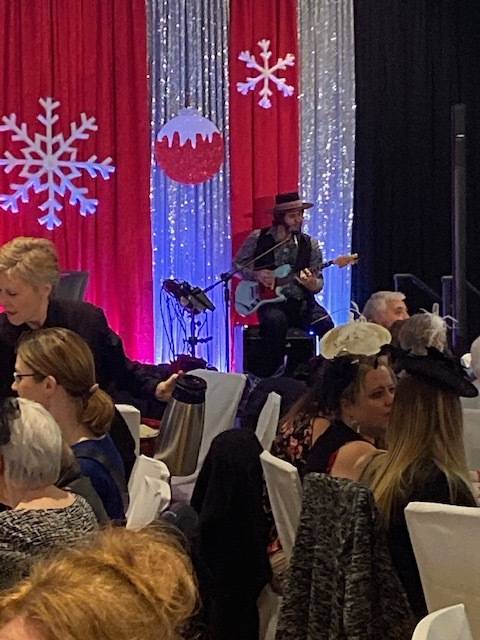 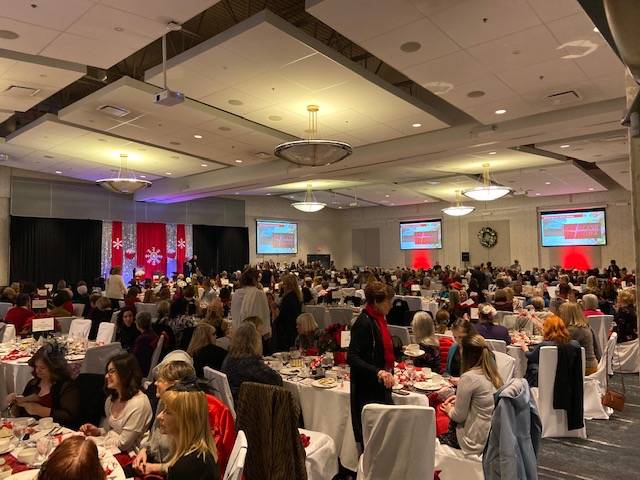 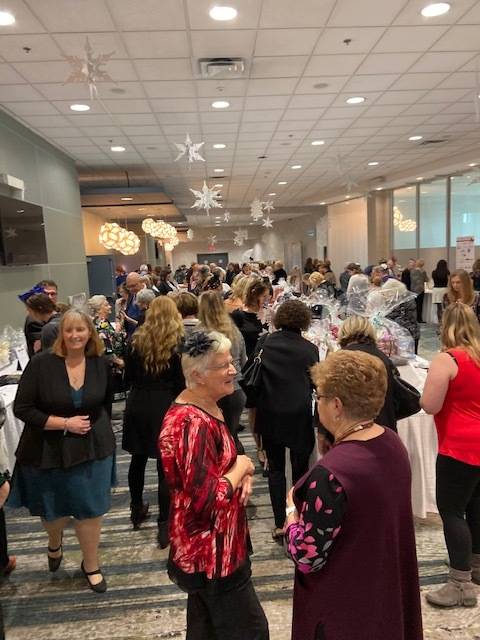 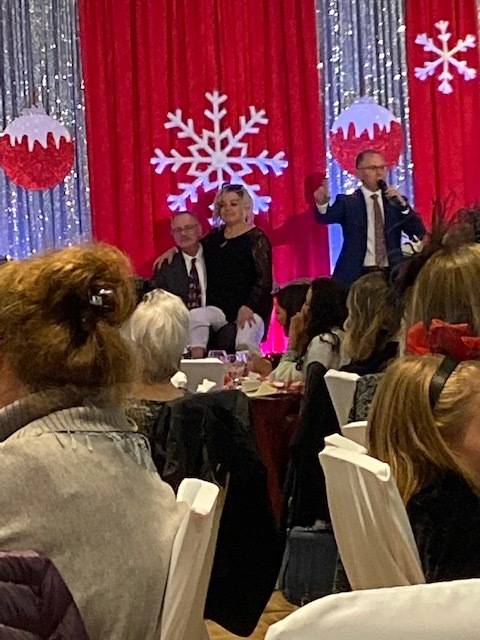 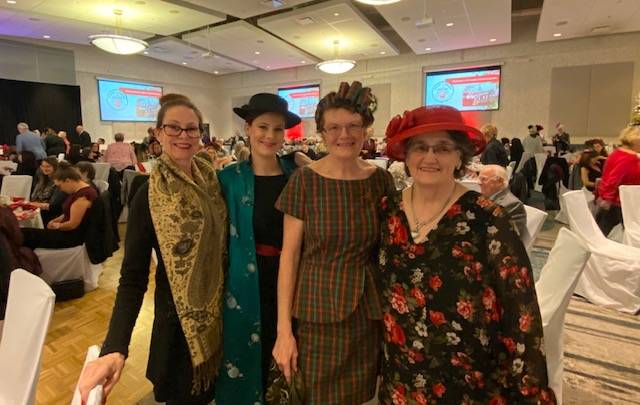 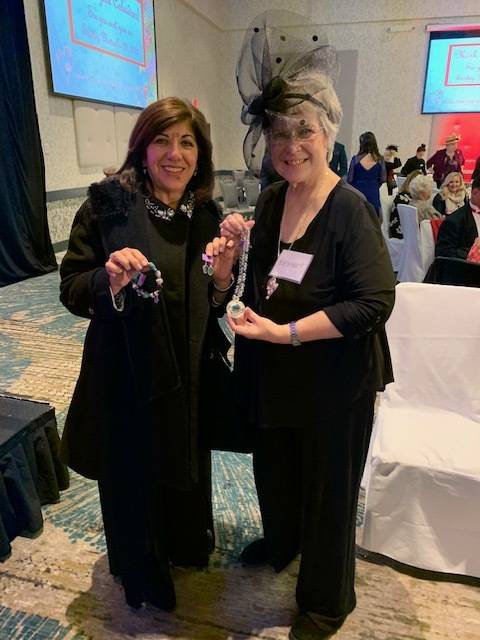