Soggy weather didn’t dampen the national pride of some residents in Walnut Grove on Canada Day.

While most Canada Day parades around the country were cancelled due to COVID social distancing restrictions, residents in the Chartwell Green development at 88th Avenue and 212th Street – many of them decked out in red – strolled around their 178-unit townhouse complex on July 1, whooping it up, said decade-long resident Beverley Genge.

“Fun was had by all with many laughs and our wonderful Canadian spirit shining through,” she said, joking that the complex’s social club even invited “the Queen” (a.k.a. local resident Lynn Richards), who popped in for a visit and to help mark the nation’s 153rd birthday.

RELATED: This year’s Canada Day parade in Aldergrove unlike any before due to COVID-19

“Us ol’ folks know how to put on a parade,” Genge added, “while observing our Bonnie’s guidelines.”

The Canada Day celebrations were also a chance to celebrate the birthday of Tessie Copeman, who turned 86, along with the belated birthday of 85-year-old Barrie Geosits, who jokingly has been dubbed the Damn Dame and knighted with “full flourish, sword, and all by our queen of Chartwell Green.”

Canada Day goodies along with balloons, flags, and Canada pins were handed out by members of the social club. The complex also has other active groups operating within the Walnut Grove townhouse development, they include: bocci, table tennis, pool, golf, uchre, bridge, swimming, zumba, yoga, line dancing, darts clubs. There’s also a supper club, a Block Watch program, a men’s and a women’s coffee club, among others.

“Loads of laughter, fun, and enthusiasm was displayed by all,” Genge said of the complex’s Canada Day parade, noting more than 50 of the approximately 275 residents in Chartwell Green took part in the march – many more as spectators and supporters. 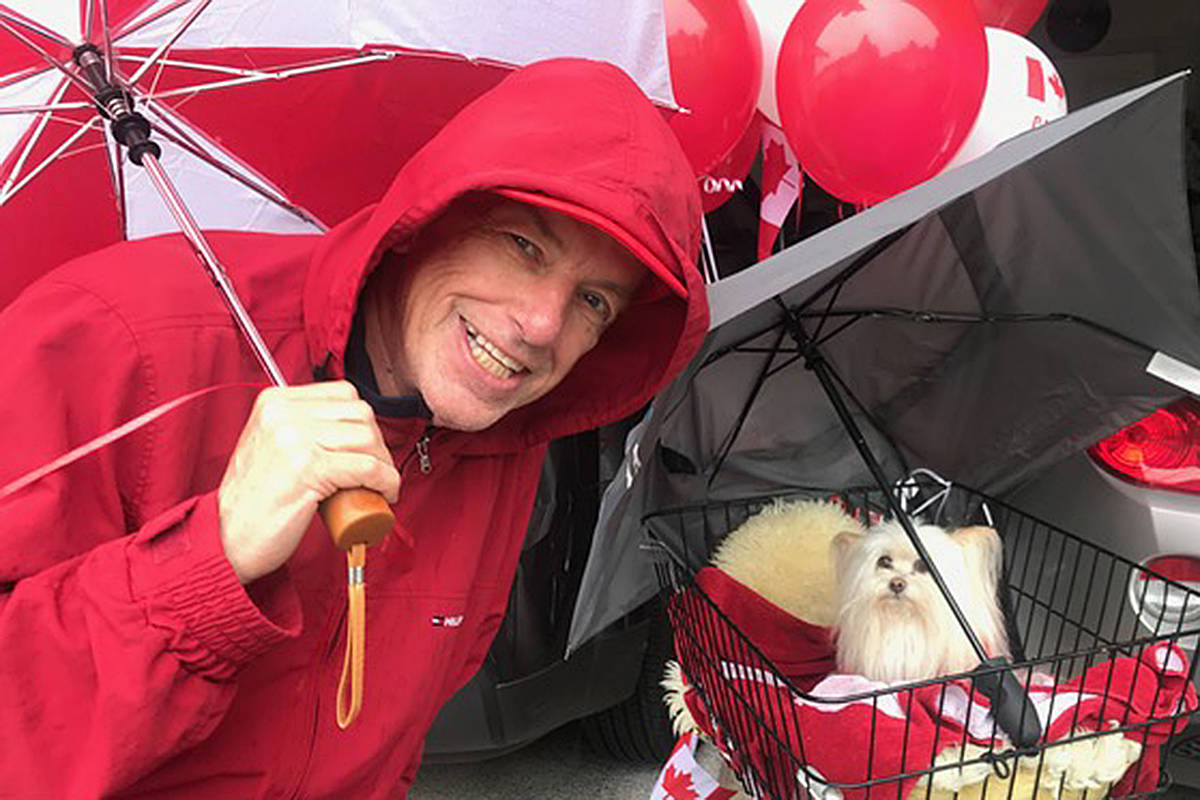 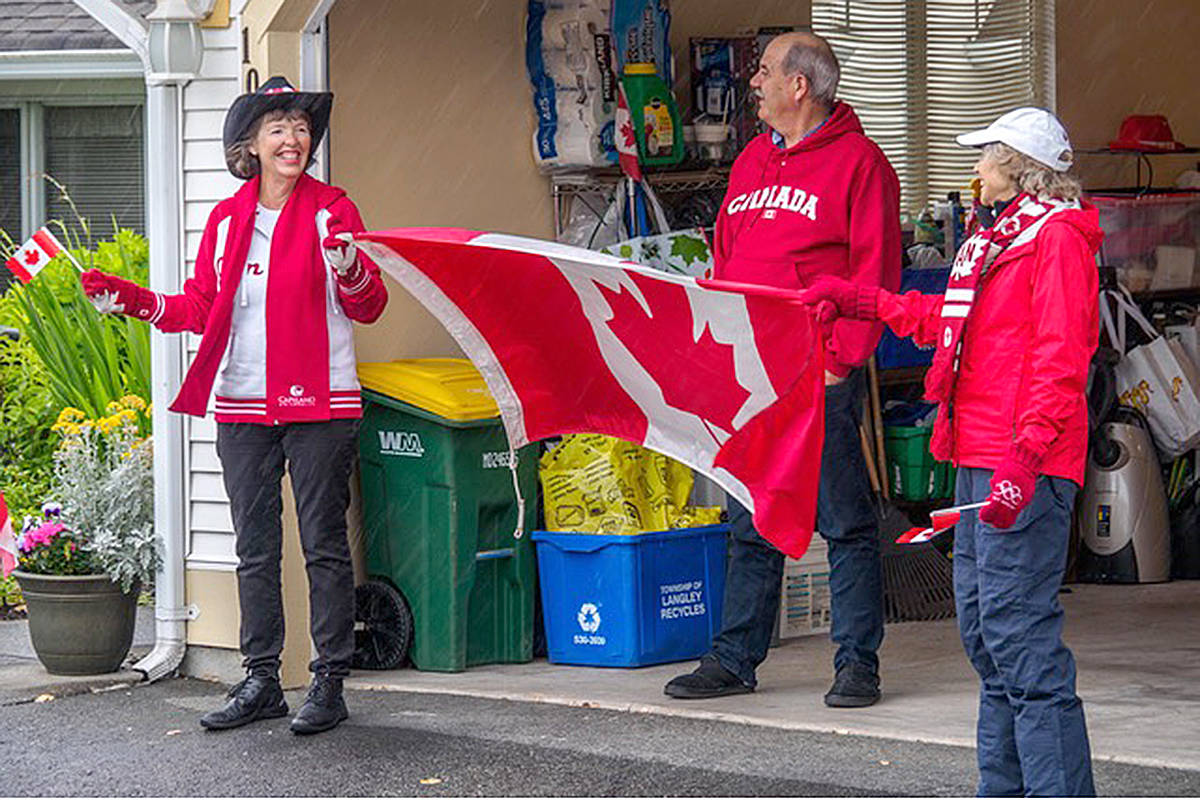 Karen Klaver, the centre’s table tennis organizer, Nico Klaver, and Susan Mouat watched on as the parade marched past. (Bev Genge/Special to the Langley Advance Times) 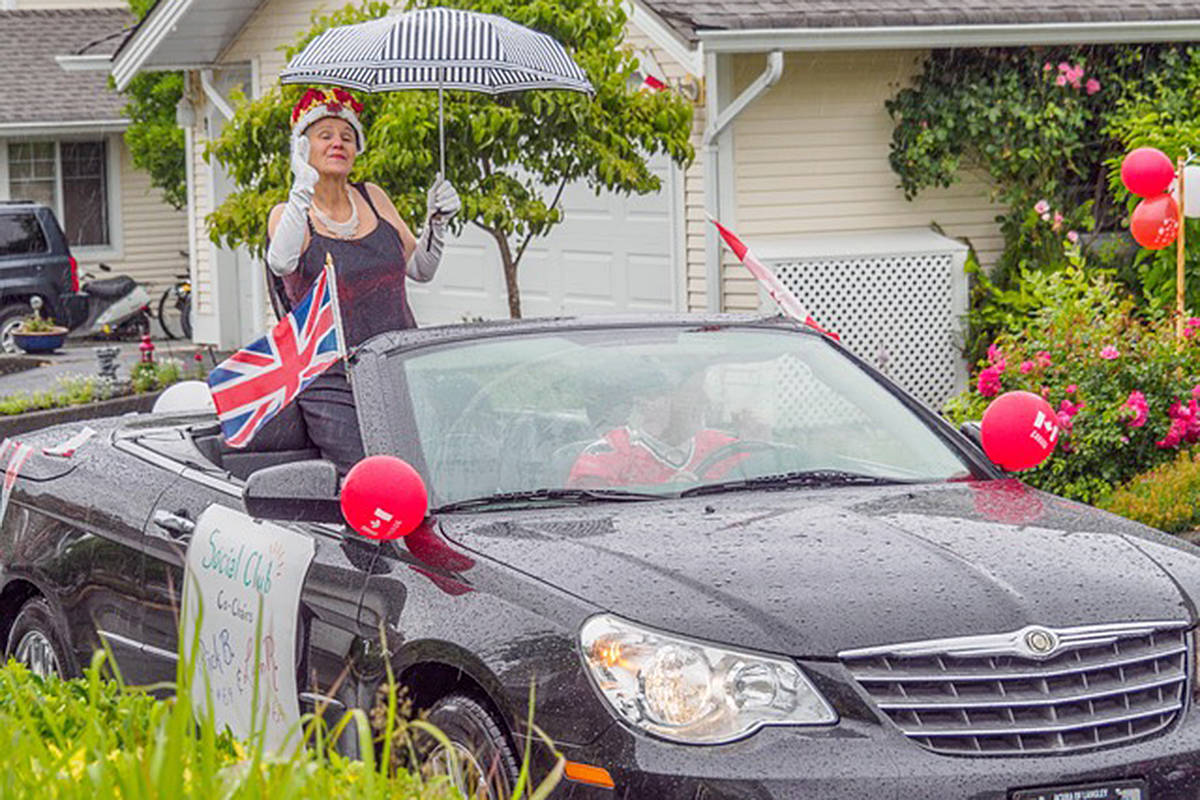 “Queen” Lynn Richards rode through the “kingdom” of Chartwell Green on Canada Day. (Bev Genge/Special to the Langley Advance Times) 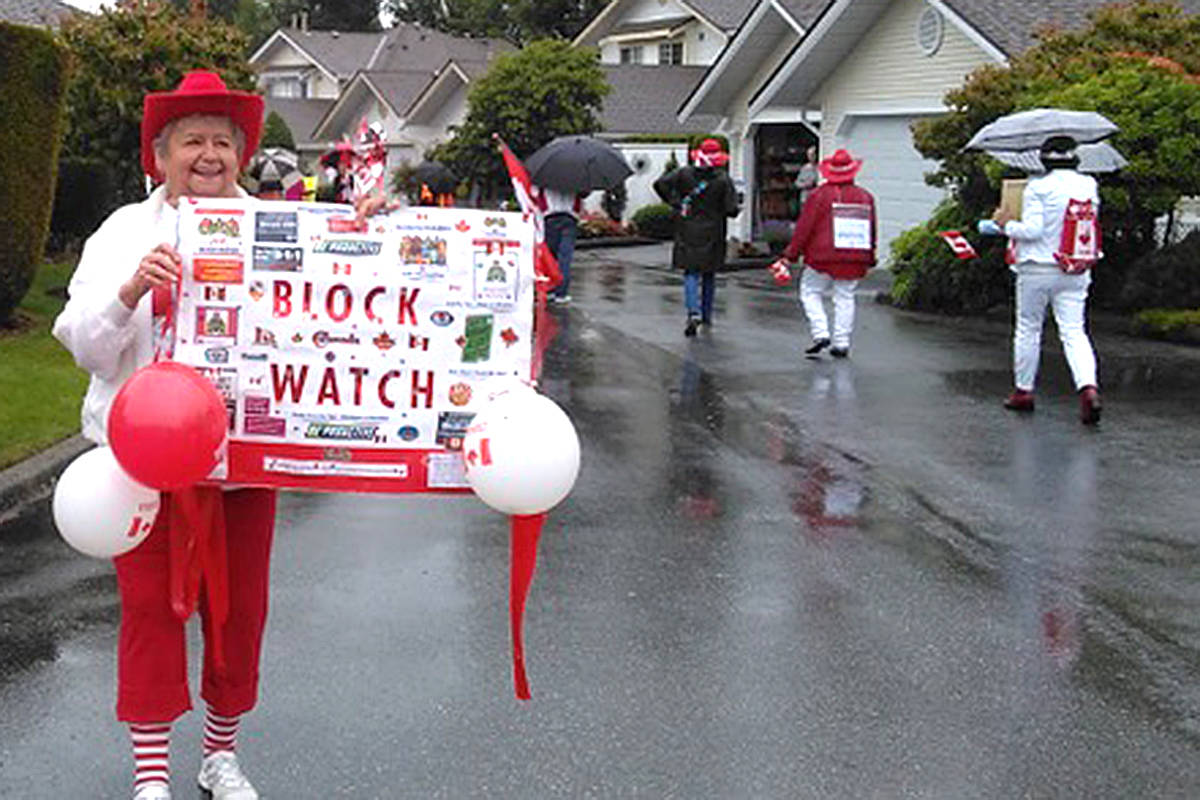 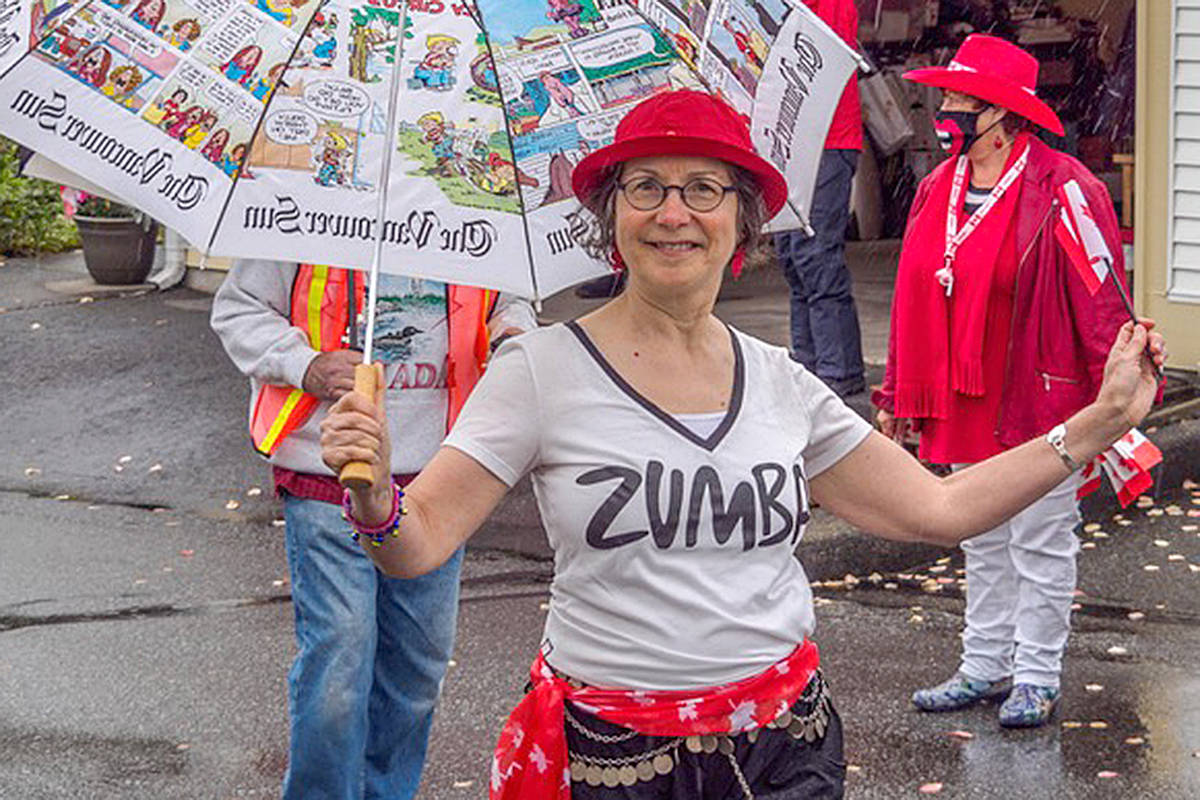 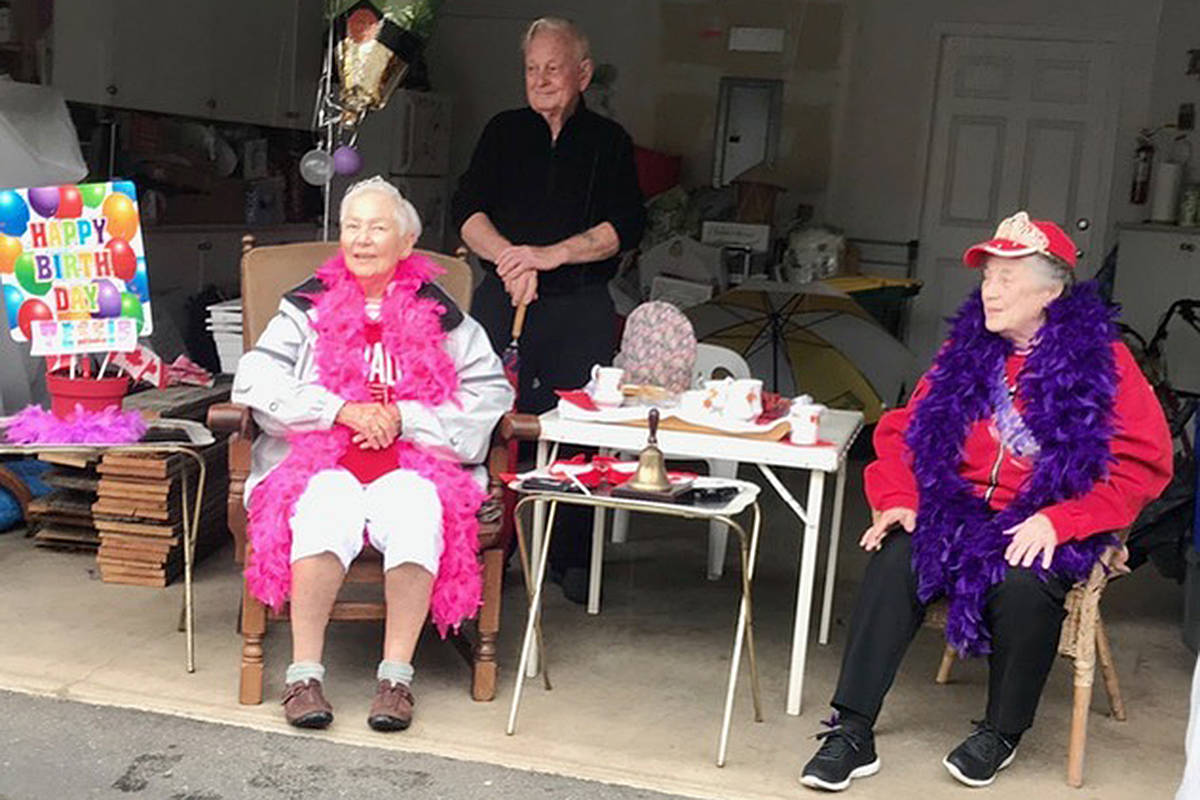