Corrina Brink has missed only a handful of Langley Walks in all her years, starting what she calls a family tradition when she was all of one years old.

“The only reason I missed the first year was because I was being born,” Brink chuckled, noting that this year’s 56th annual community trek happens to fall on her 33rd birthday.

She can’t find a more fitting way to celebrate her birthday, which she said, falls on the actual day of the Langley Walk ever five to 10 years.

Brink, who lives on the Surrey-Langley border, tries to bring friends and family along each year. This time out, only her Dad, Glenn Henry of Abbotsford, was on hand for the start of Sunday’s walk. But others were still expected to show up for a little moral support if not actual participation.

She counts her string of badges as a way of keeping track of which walks she’s attended through the years, and Brink confirmed this will be her 26th.

“I go every year. I have to,” she said, admitting she did have to miss a few because of work obligations in past.

• CLICK HERE TO SEE A PHOTO GALLERY OF THE EVENT

This was Aldergrove Chris Lakusta’s 17th Langley Walk, even though his vest sports 26 badges – each representing one year of the event, and given to participants as they cross the finish line.

One of this 29-year-old man’s oldest badges belonged to his grandfather, while a fistful belong to his mother (those dating back to the 1970s).

It was Mom who got him interested in the walk back in 2001. He’s only missed one event since then. And just last year, he introduced his girlfriend Kya Bezanson to the event. It’s an opportunity for them to start making their own tradition, Lakusta said.

Kacey Ward, 11, and her older brother, 13-year-old Riley, have been part of the Langley Walk since they were born, making the first few treks in the comfort of a stroller, but later graduating to walking and this year running the five-kilometre leg.

“We started when we were really, really little,” Kacey said, unable to remember those early years. But, she knows that she and her sibling – along with their grandparents – haven’t missed one of the Langley Walk since the kids were born. Their parents have participated, as time allows.

WATCH: People were lined up to register for this year’s Langley Walk

Monica Newman’s involvement in the Langley Walk goes back much further.

The Fernridge woman has been to every one of them since 1977, and she has a thick collection of badges to prove it. But she knows she’s not alone, recognizing many in the crowd as repeat offenders.

She’s volunteered at the last three events, including a shift today at the registration tent – signing up like-minded participants for the Langley Walk.

Once her duties were done, she jumped on her bike and headed off on the route. This time out, she’ was uncertain if she was going to do the five- or 10-km leg. Given the warmth of the day, she was going to play that by ear.

But asked why she always participates, Newman said that answer is easy: “Because it’s the Langley thing to do.”

She joined an estimated 750 registered runners, walkers, and cyclists who took part in the historic event in Brookswood mid-afternoon Sunday.

The numbers are believed to be down a bit from last year, the bigger central location for the 2017 event helping secure a higher registration number of about 900, said Stephanie Eby, a recreation programmer with the Township of Langley.

“We always assume 100 to 200 do the walk who don’t register,” Eby noted, estimating the overall number Sunday was likely closer to 800 actual bodies who hit the streets of Brookswood.

• Most walkers from a family: Foss Family

• Most walkers from an organization: Surrey Trekkers

• Most walkers from a school: Langley Christian 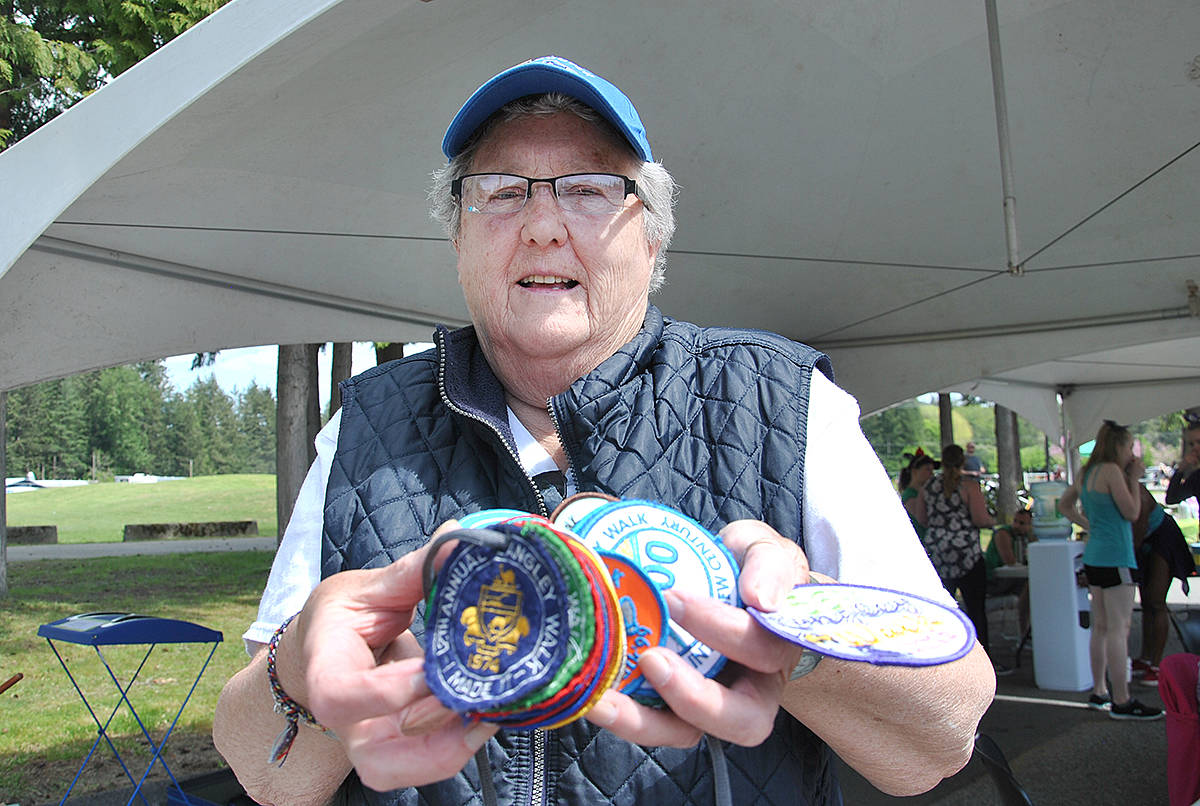 Monica Newman has been part of the Langley Walk for the past 41 years, both as a participant and more recently also helping out as a volunteer. (Roxanne Hooper/Langley Advance) 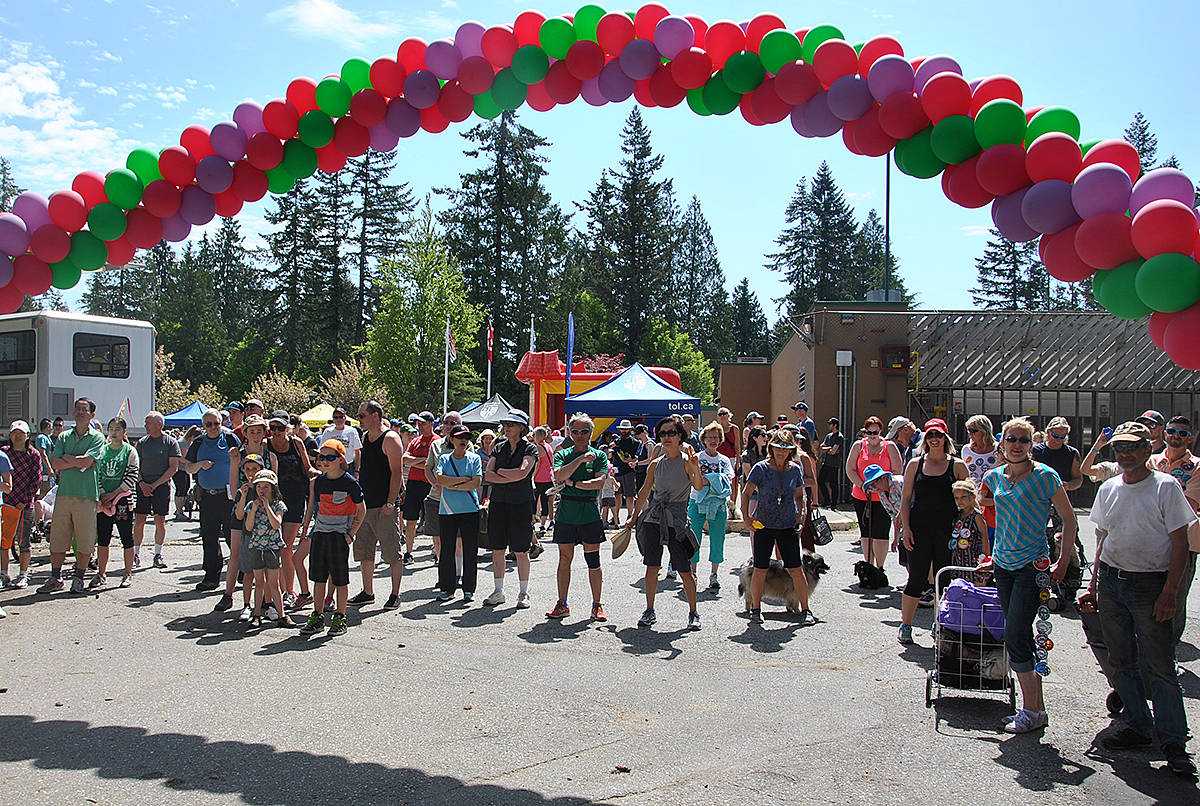 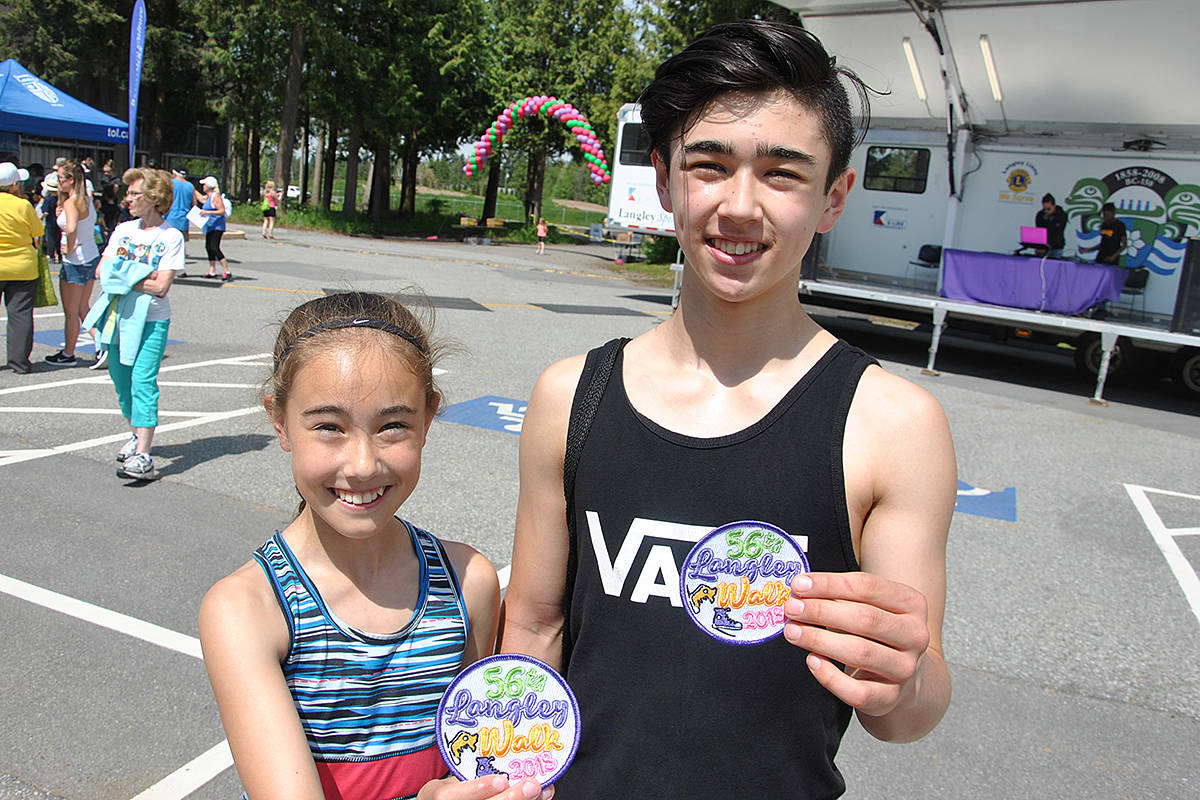 Kacey and Riley Ward have been part of the Langley Walk since they were newborns. (Roxanne Hooper/Langley Advance)