Students at Dorothy Peacock Elementary can now scramble over the new playground equipment at their school.

The old outdated equipment was removed in early August and then the new bright blue and green gear arrived. Parents and other volunteers were there on Aug. 23 for the installation but even then the students couldn’t swing, climb and clamber.

The Township had to do a final inspection and with that done, the official opening was held on Friday, Sept. 6.

About four years ago, the PAC decided to work on a new playground. The project cost $100,000.

“Through that time we came up with a number of initiatives to raise those funds,” said former PAC president Tanya McLachlan.

The old playground was built when the school was built in 1998. It had swings, a slide, a couple of monkey bars and a jungle gym.

“It was not accessible,” McLachlan said. “There was no way for children who have mobility issues to play on the aparatus.”

“It was also gravel covering so they couldn’t even enter the playground,” said Kristi Ferguson, the current PAC president.

Two colour options and two design options were presented by the playground designers, and the school community voted online for their preference.

“We set out some parameters to let them know we wanted it to be accessible. We wanted something for everybody,” Ferguson said.

The community can also use the playground when school is not in session, and many groups do make use of the school on evenings, weekends and summers.

Anyone visiting the park can sit on two special benches that were part of the project. One is dedicated to Joanne Rempel, the former principal. The other is dedicated to Ola Bailey, a student who died in 2015, and her parents were able to attend the grand opening ceremony. 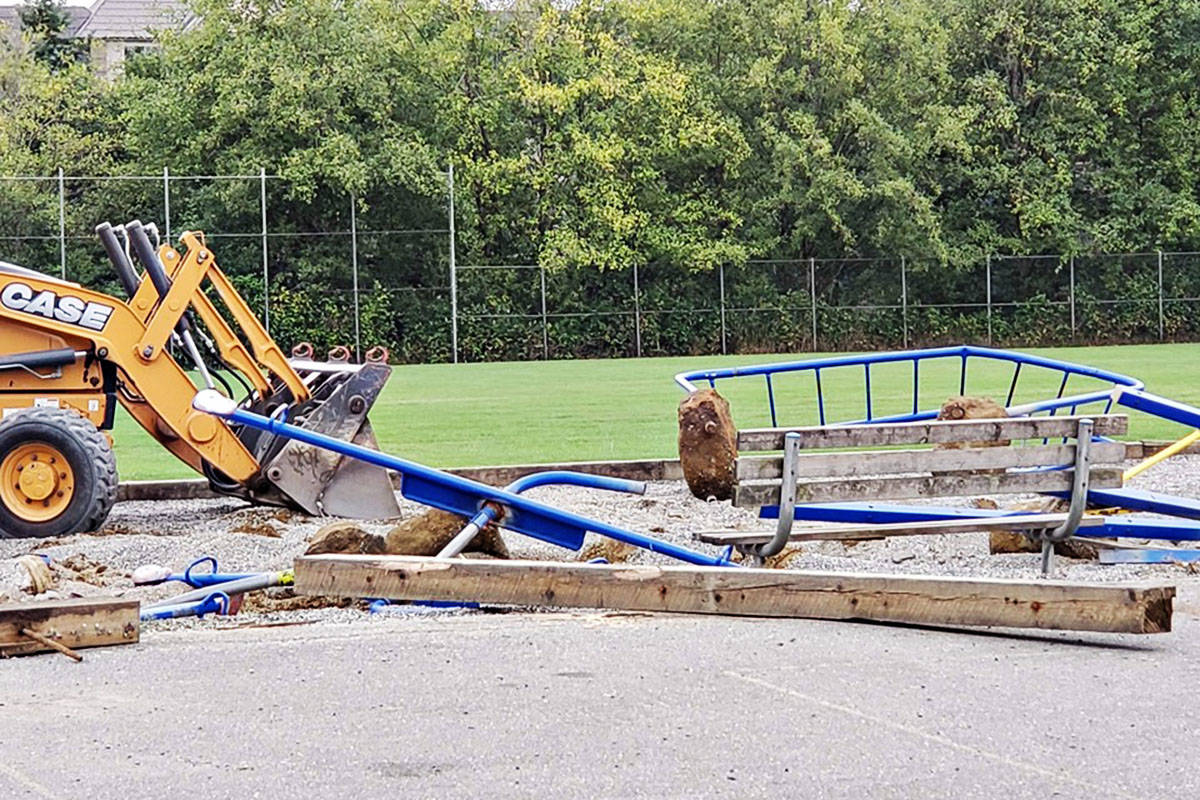 The Langley School District removed the old playground in early August and on Aug. 23, parents and other volunteers built the new playground. (Dorothy Peacock PAC photo) 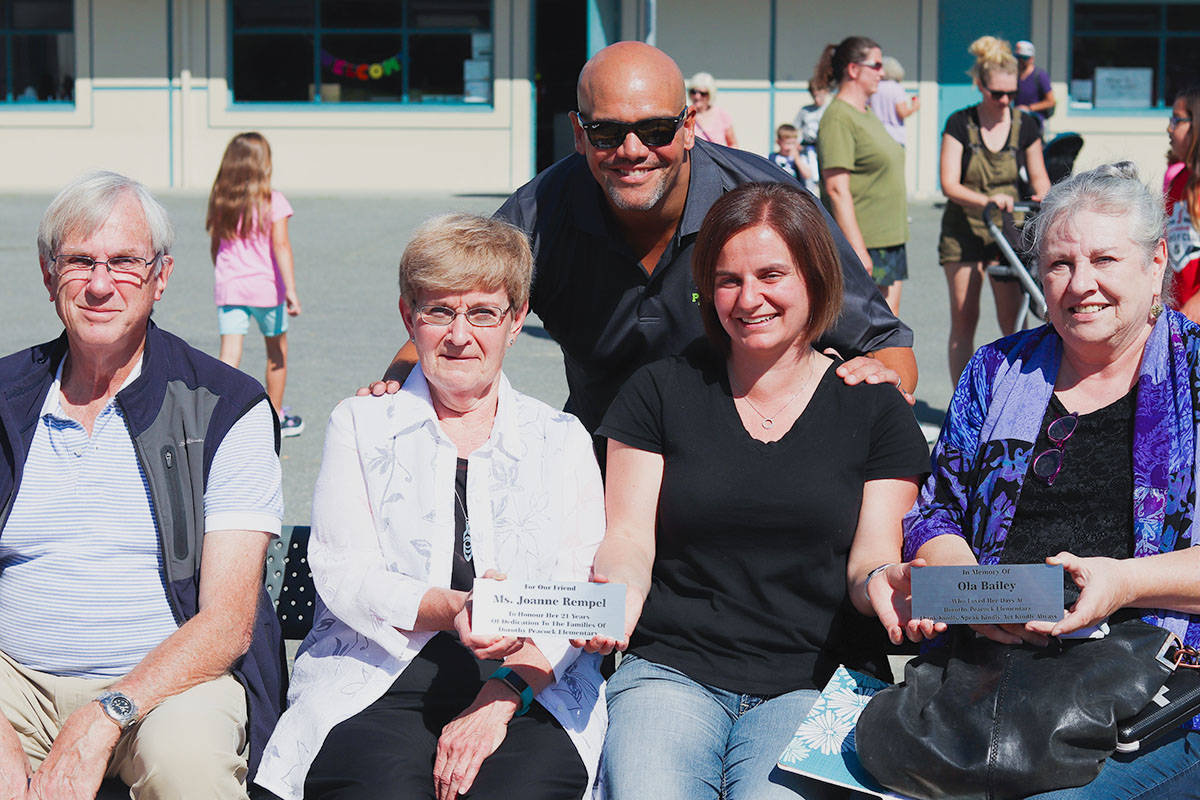 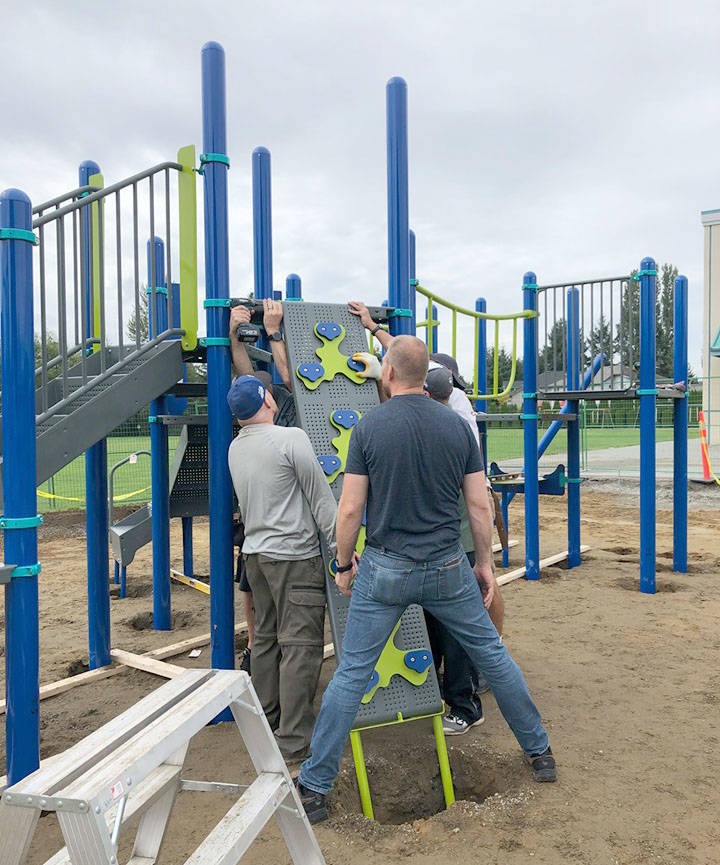 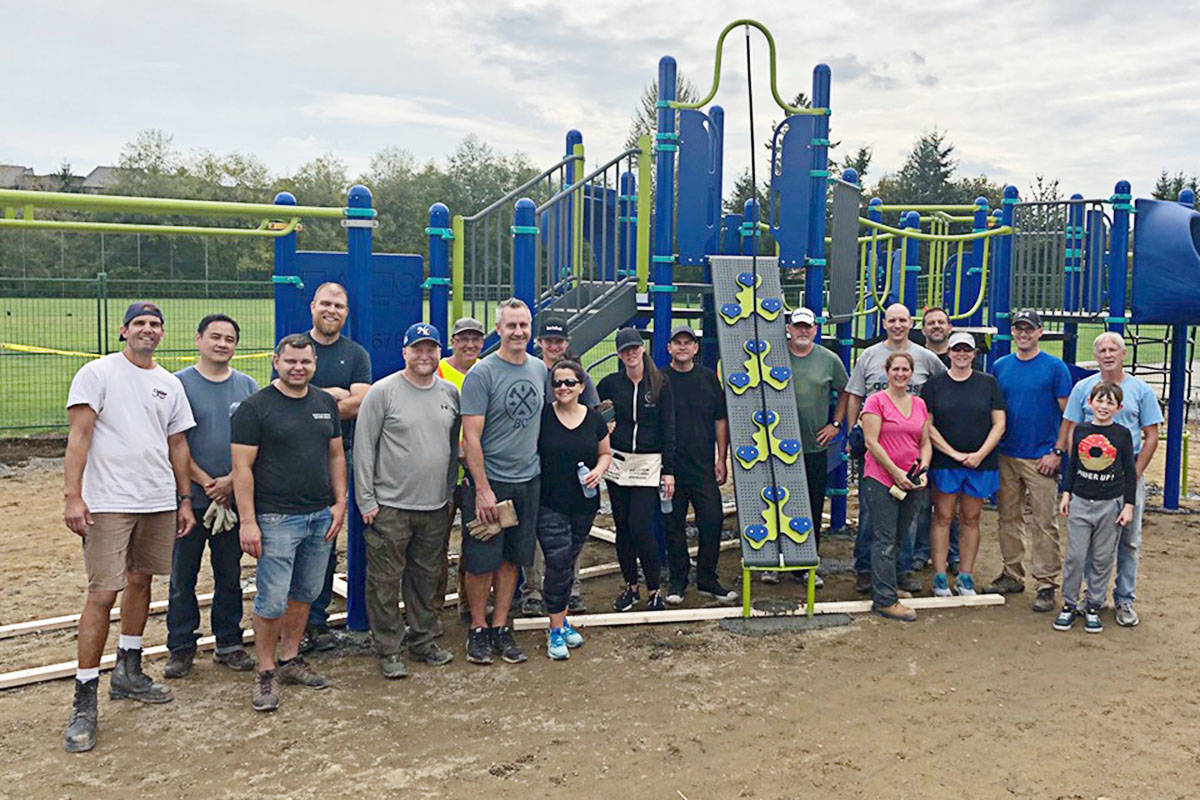 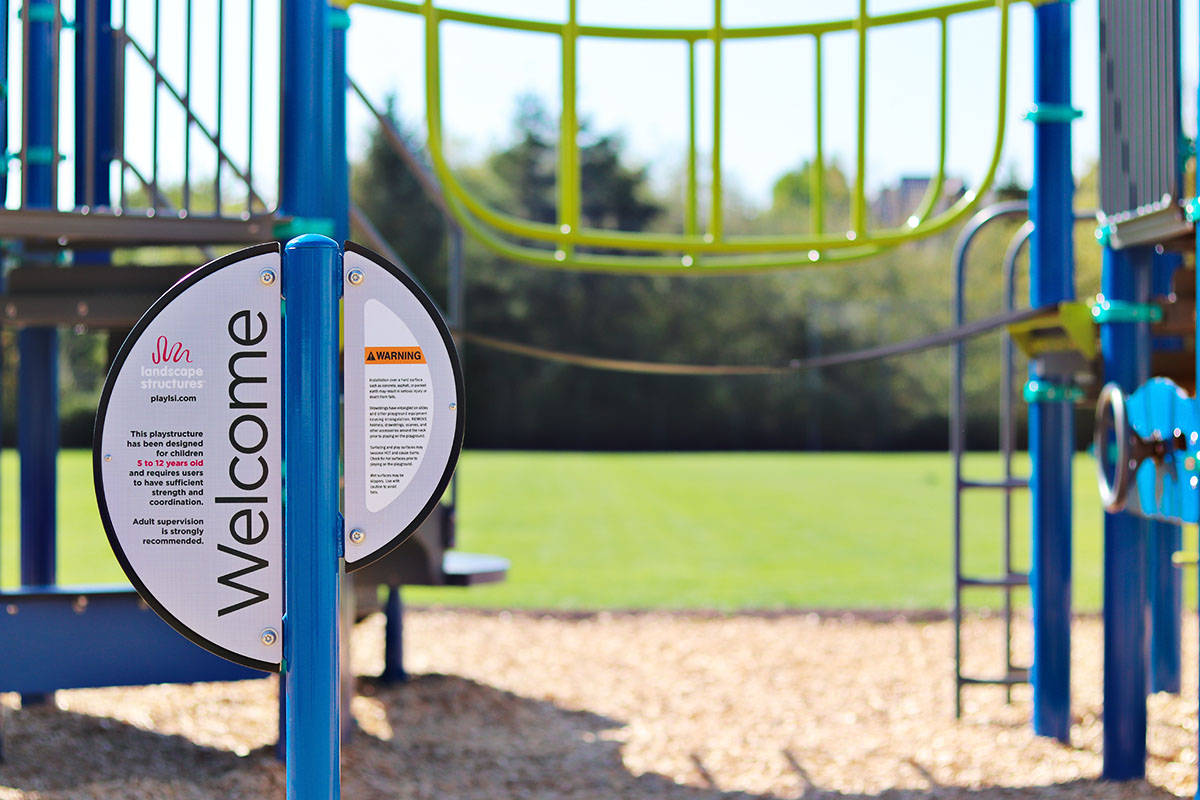 Voices of the 21st Century includes a Langley author