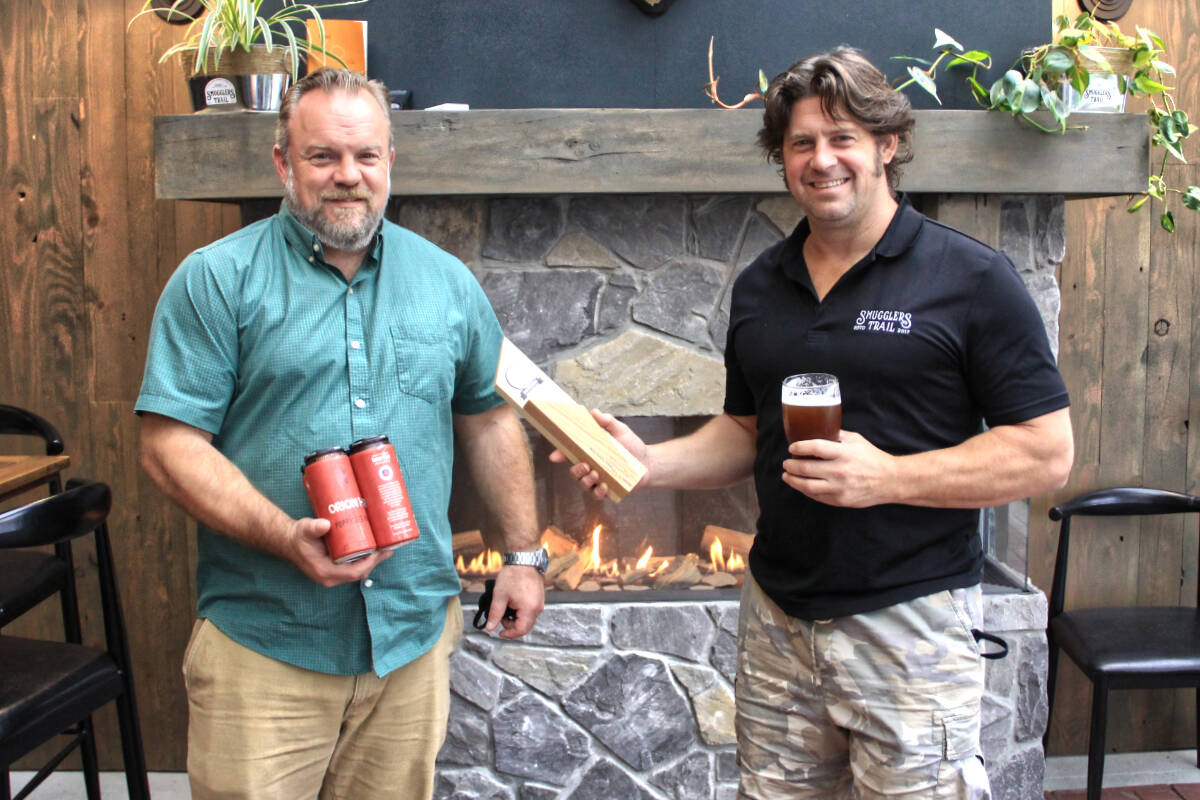 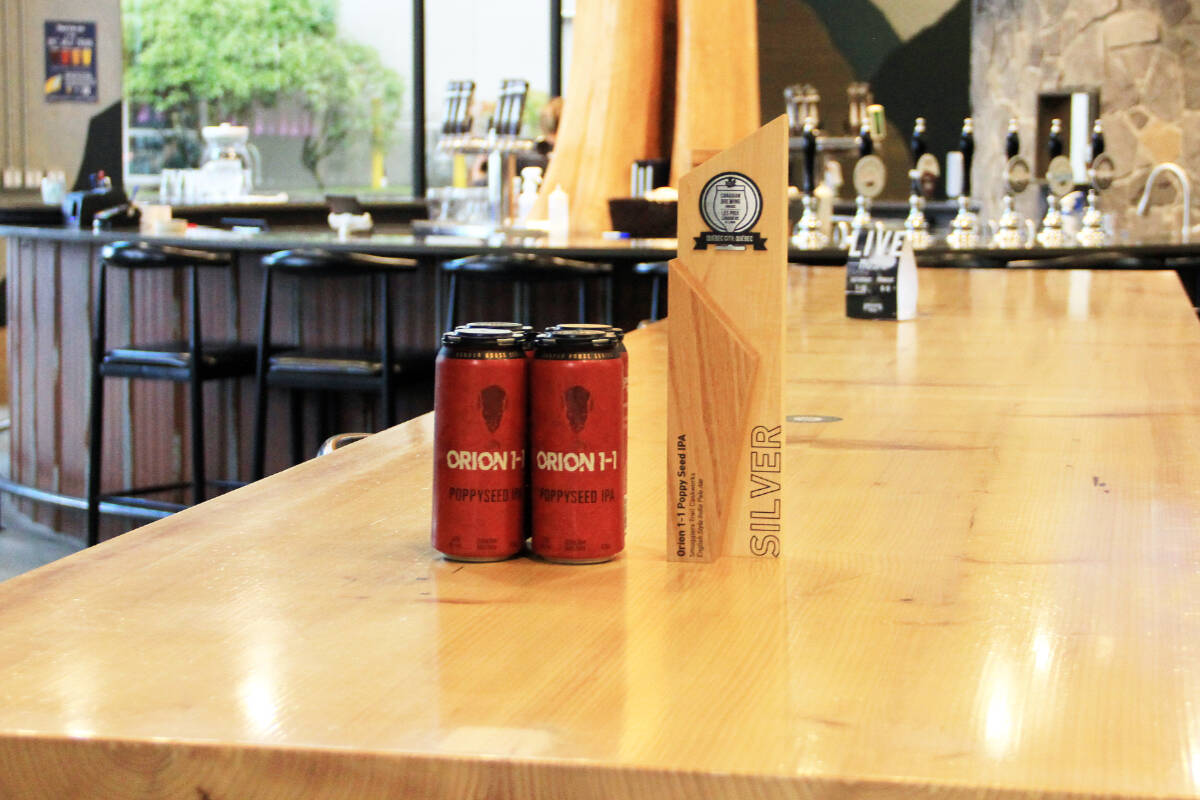 A local brewery has won a prestigious beer award.

Jamie Overgaard, a teacher at Cloverdale’s Lord Tweedsmuir and brewery co-owner, along with Langley resident Stephen Gregorig, said the pair decided to enter as many brews as they could in the annual awards contest.

“We entered a number of our beers,” said Overgaard. “Each one goes to a panel of certified cicerone judges and you get reviews of how each beer scored. The process allows you to see the feedback from a professional taster’s point of view.” (A cicerone is the beer equivalent of a sommelier.)

Gregorig and Overgaard said they were shocked when they found out how well all their beer did, as they were only a few points off from winning in numerous categories.

“Our Orion 1-1, which is a poppy seed IPA, was submitted into the English-Style IPA category,” said Overgaard. “We were pretty blown away when we got the email that said ‘you guys have won something.’ It was great, in year one of our new facility, to win an award in this competition. It’s a pretty big deal.”

The Canadian Brewing Awards are widely known as the most prestigious craft brewing awards in Canada, added Overgaard, and the annual event moves from province to province each year.

Overgaard said the silver medal win was extra special to the two brewers as the Orion 1-1 IPA was launched to support a B.C. charity and to honour a close friend, Trevor Greene, who suffered a debilitating brain injury in Afghanistan.

“The first photo we sent out (after the win) was to our friend Trevor Greene,” said Overgaard. “He’s the one behind the whole fundraising side of this with Honour House.”

Gregorig said Honour House still needs recognition and the support that goes with that just to keep the doors open.

“They’ve given away more than 11,000 free (night stays) to our service people, either as first responders, the military, or any of their families,” explained Gregorig. “It’s a safe, free place to stay for them while they’re getting treatment and going through recovery.”

“To get this national recognition, not only does it recognize Smugglers, it also gives that nod to Honour House and hopefully raises more awareness about their mission.”

“It was great to be in Quebec and to be having those conversations with brewers from across the country,” added Overgaard. “‘This is a beer we did this way and it raises funds for this organization.’ People were pretty stoked about that when they heard Orion 1-1’s story.”

Gregorig said the cicerones judged Orion 1-1 as “true-to-style” yet having a lot of “excitement” to it.

“An English IPA is typically quite malty, but uses old-world hops. Those hops might be a bit earthier in flavour, maybe a bit grassier,” explained Overgaard. “In our poppy seed IPA, the poppy seeds give it a bit of a nuttier flavour to balance the malty flavours, but we use new-world hops. So we use hops that come from New Zealand. It puffs off a lot of marmalade and orange-zest hop flavours, rather than the traditional grassy, earthy flavours.”

“It gives it a deep sweetness,” added Gregorig, “and it plays well off the poppy seeds. It just adds these additional layers to the beer. And it’s a good beer because it’s really balanced. The malty flavours are really balanced with the hoppy flavours.”

Gregorig said the layers in the award-winning beer are reflective of both Smugglers Trail and Honour House, with many moving parts spinning together for a greater purpose.

“That’s who we are,” he said. “We’re a team here, but the same with Honour House. It’s not just one individual that makes this work, it’s all teamwork. All the different layers work together.”

Overgaard noted that Langley’s Five Roads Brewing also won at the ceremony, bringing home a gold medal for their beer Permanent Resident IPA, which they entered in the American Style IPA category.

“They’re relatively new too,” said Overgaard. “So it was fun to be up against the big dogs of craft brewing across Canada and still have a neighbourhood feel to the competition.”

Smugglers’ Trail has been brewing since 2017, but only opened their brewery and taproom on the Port Kells/Walnut Grove border in October 2020. They are located at 9339 200A Street.