School Board Trustee Charlie Fox took to social media to eagerly show off the advancements underway at Betty Gilbert Middle School in Aldergrove.

“The trustees supported several projects investing in student education in and around the middle school, and they will be in place for September,” Fox wrote.

The physical changes at the campus include a state-of-the-art outdoor athletic centre known as Fit Core linking the two schools, a new learning studio dedicated to exploration classes at Betty Gilbert, and aesthetic upgrades to the interior and exterior of both sites.

“The outdoor classroom looks great and ready for classes in September,” Fox added, referring to a section of wooden tables and seats designated for learning.

The area for a new triple wide portable is currently being prepared for water a sewer.

“It will be moved soon to it’s final resting spot and ready to accommodate the explorations course work for Grades Six and Seven,” he noted. “It will be a aptly named The Studio, and will also accommodate fine arts programs as the schedule allows and classes become popular.”

This will ensure students don’t have to travel to ACSS for their exploration classes and can instead be taught by their homeroom teacher. The inclusion of The Studio also frees up space to now support a breakfast program.

The small gymnasium at ACSS will have fresh, vibrant murals painted featuring the mascots of both schools.

The changes were announced by the Langley School District back in mid-June. 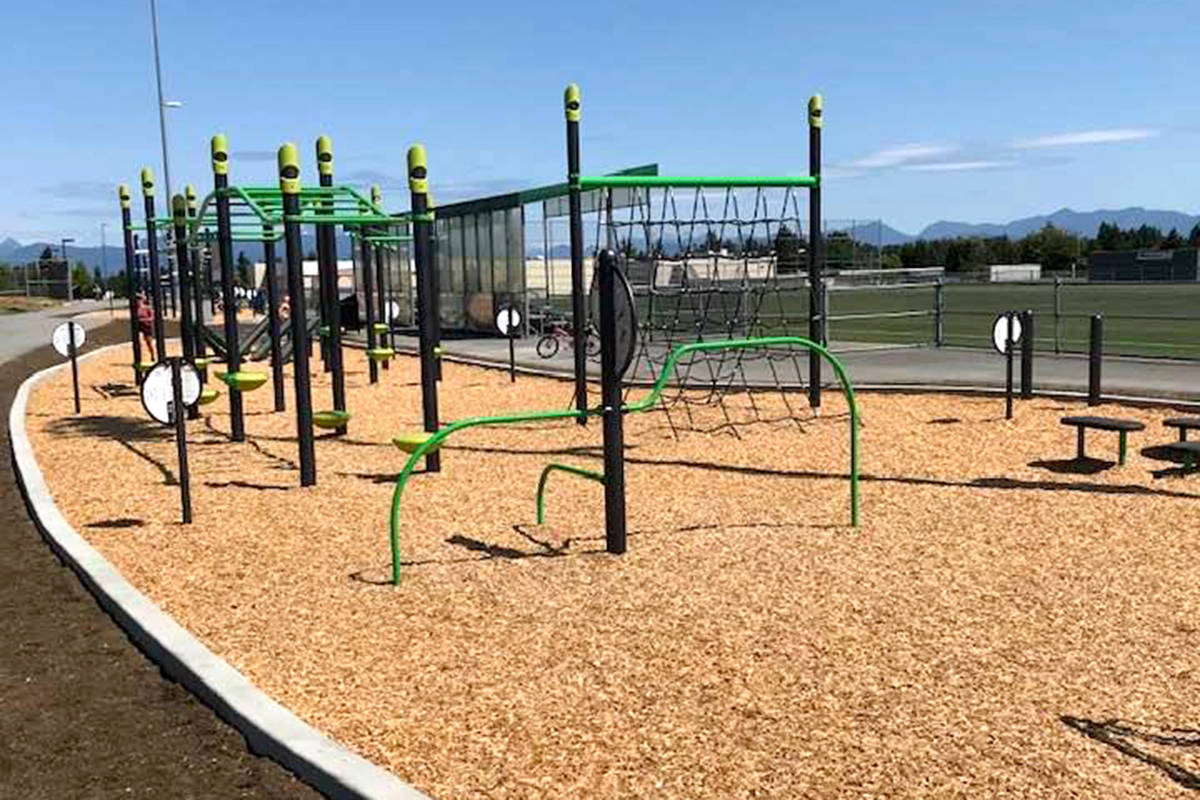 A new playground, athletic equipment, and outdoor classroom are being constructed at Betty Gilbert in Aldergrove this summer. (Charlie Fox/Special to The Star)