One of the most unique offerings from Langley Animal Protection Services (LAPS) operates on the grounds of the Fraser Valley Institution, a federal women’s prison in Abbotsford.

Known as The Doghouse, it is a partnership between LAPS and the Correctional Services of Canada (CSC) where inmates take part in an employment training program to learn industry skills, such as handling, training, and grooming canines.

The Doghouse offers many of the women with valuable career skills and so much more, several have shared.

“Working in The Doghouse program connected me to dogs who shared the same kind of brokenness I was feeling,” said one woman who had completed the program and her incarceration, crediting the experience with changing her life.

“There was one shelter dog specifically who stayed with us for five months in the institution. He was high need, aggressive, and afraid. I could relate to him so deeply. I imagined that he was feeling displaced and afraid, and acting out because he had learned what was required for survival. As he was rehabilitated, so was I. We had lived parallel lives, and we shared our rehabilitation journey together.”

Another shared: “Being incarcerated means being displaced and removed from your context, your friends, and your family. Working at The Doghouse gave me a sense of accomplishment, consistency, and meaning that made everything else worth it.”

Through the program, these women acquire both industry-specific and general employment skills along with certificates in canine first aid, groomer’s aide, professional dog training, and kennel attendant, (levels one and two), explained Alicia Santella, who has been managing The Doghouse for 16 years at the Abbotsford prison.

Prior to that, she managed a similar program at the Burnaby Correctional Centre for Women, a provincial prison. LAPS has been involved for the entire time the program has been operating in Abbotsford.

She says the program offers a chance for women incarcerated at the prison to learn vocational skills that will help them get jobs after their release, and also offers opportunities to bond with dogs. This is a critical component, as dogs are non-judgmental, and many of the women who are in prison are under significant stress.

“The layer of judgment is removed in a relationship with dogs,” she elaborated. “They treat offenders as they are treated back. They do not look at the past – they look at how you are behaving today. It is empowering.”

The Doghouse is also a dog boarding service.

Located on the prison grounds, members of the public can board their dogs there. As well, The Doghouse also boards some dogs who are not adapting well to being at the main LAPS facility in Aldergrove, Santella explained.

She screens people who want to use the services and sets up a time for the animal to come in with its owners for a tour. If that goes well, the kennel workers come to the entrance to The Doghouse on the prison grounds, and get instructions about feeding and care from the owners.

As it is a small kennel, The Doghouse program participants are able to provide more exercise time and more one-on-one interaction with the animals. Dogs are free to romp and play in fenced areas, hang out with staff, play ball, or explore the country smells.

It is set up on a fee-for-service basis, and actually turns a profit and helps to fund LAPS’ other operations. Santella tells inmates that, through their work, they are giving back to the community by supporting LAPS.

“We are able to provide amazing care to the dogs who come in. Most people hear about us via word-of-mouth. They have heard good things and are curious. A large percentage (who board here) are very happy,” she said, elaborating: “Usually, if clients are dissatisfied, it is because their dog has had trouble adjusting to a boarding environment.”

More than 150 female inmates have worked in The Doghouse since the program’s inception in 2006, many of those women having gone on to work with dogs after leaving the institution. Some have also been eligible to volunteer or do work experience placements at the LAPS-run Patti Dale Animal Shelter in Aldergrove.

“They (the inmates) are here for different reasons, and employment skills are sometimes lacking. Even basics like coming to work every day, coming on time, working with others often have to be learned,” Santella said, noting they also gain experience working directly with members of the public.

“We use the business and the dogs for learning a skill. I tell the workers ‘You come because these dogs are counting on you. You understand the necessity of being there, and get the satisfaction of working with dogs.’ (The skills they learn) are good for any job.”

She also tells her crew: “I have always tried my hardest and am willing to train and shape you if you have a positive attitude.”

One aspect of The Doghouse, which is quite different from many kennels or shelters, is the ability for some dogs to actually live with the inmates.

This is done on a voluntary basis, Santella said. The women in the medium-security part of the prison live in cottages, six to a building. Each person has their own bedroom, and the kitchen and bathroom space is shared. Women volunteers who are interested can take a dog back to their cottage and spend more time with it while it is boarding there.

This, Santella explained, allows for more bonding in a low-stress, home-like environment during their stay.

This is only done if the dog owners consent to it and Santella has the final word about whether the dogs can go back to the living units with their handlers. 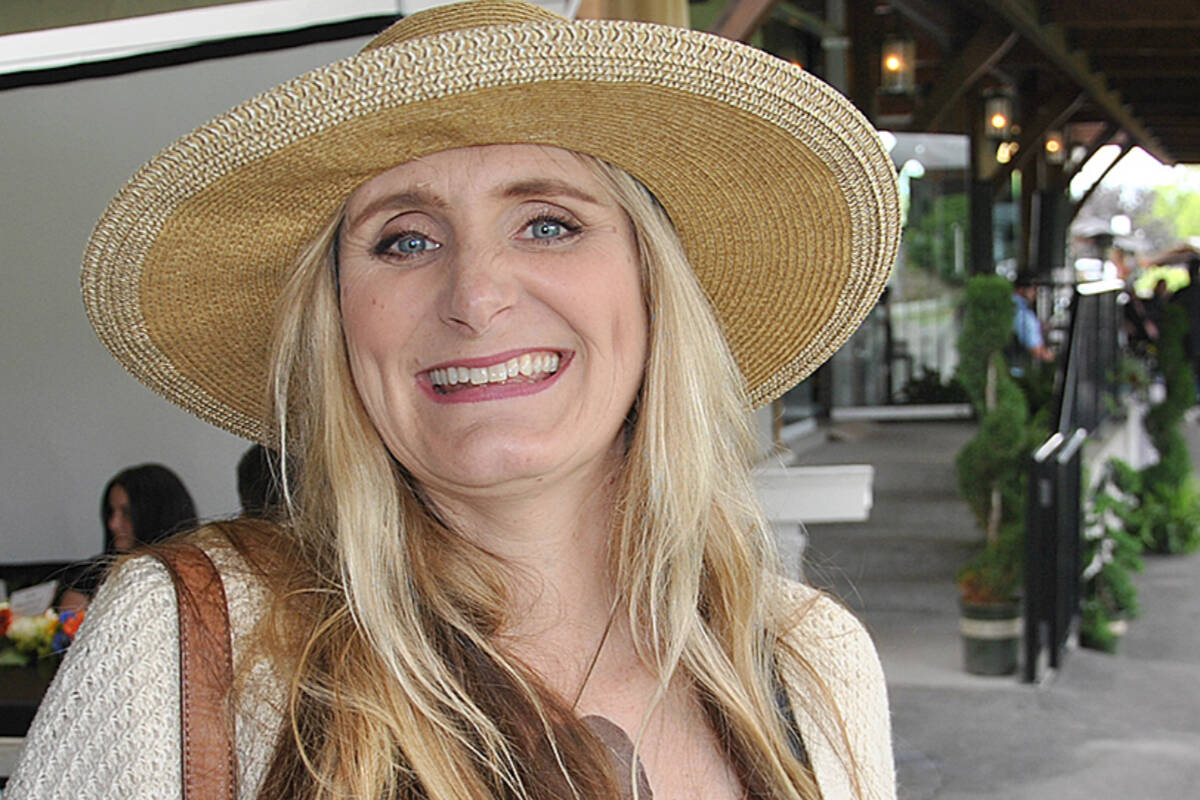 Santella isn’t allowed to keep track of what former inmates do once they are released, but some voluntarily stay in touch. She says many find jobs, and the skills they have learned through The Doghouse are helpful.

She knows of one who was employed by LAPS for a while.

“Our goal is to give them a better leg up when they are released into the community,” she said.

The Doghouse did not operate for most of the past two years because of COVID-19. It had just reopened when the floods of last November forced closure again. It is now up and running again.

Prison staff and CSC both seem to be generally happy with the program. When it resumed earlier this year, Santella was told by several staff members that they had missed having the dogs and the program on the grounds.

The dogs, she confirmed, change the overall atmosphere at the prison.

Asked for her thoughts about the program, she said: ”I feel truly blessed to have the job I have. I love dogs and I love working with clients and providing jobs to inmates. This program puts me in a position to help people learn valuable skills and to shape lives. When it goes well, those are the days that keep you going on the days when it is harder. It is not the easiest job and can be challenging, but the rewards outweigh the rest of it.”

LAPS executive director Sarah Jones is very pleased with the success of the program, and says “Alicia is the heart of the program. She is amazing. [Plus] this program gives individuals skills that they can really use in their lives.”

LAPS has received some additional funding for The Doghouse through grants. This year, grants have been received from Envision Financial Community Endowment and Compassion in Action.

People interested in any of The Doghouse services, can call 604-851-6076 or email thedoghouse@lapsbc.ca to book a tour.