The four-hour event provided what Jillian Steeves described as an opportunity for the public to meet and adopt rabbits that were previously abandoned or feral.

According to Steeves, foster coordinator at Rabbitats, “the organization mainly focuses on dumped and abandoned pets as well as feral rabbits that we have all over the Lower Mainland.”

She added that the event was important because the organization has “a lot of online supporters in Langley,” but they don’t really get the opportunity to come out and visit the shelter in Richmond and Vancouver.

The event was a success with seven bunnies being made available for foster and adoption, and at least a few found new homes

The Richmond organization’s goal for the event was to raise awareness and encourage fostering and adopting rescue rabbits instead of choosing breeders, said Steeves.

“All of our bunnies are found as dumped pets, so from Langley and Richmond, we get reports of bunnies that are dumped. And so then we have volunteers that go out to take them and then we find them homes,” she explained.

Steeves said Rabbitat wants to raise awareness for bunnies and “we would really like to push fostering and adopting rescue rabbits.”

To support Rabbitats, people can get involved by fostering, adopting, or volunteering at their feral colonies in Surrey.

“So we have feeding duties, cleaning duties, and that always need to get done.”

Steeves also hopes that the event will help raise awareness in the Langley and Fraser Valley area.

“I just hope that we raise more awareness in Langley and Fraser Valley area. 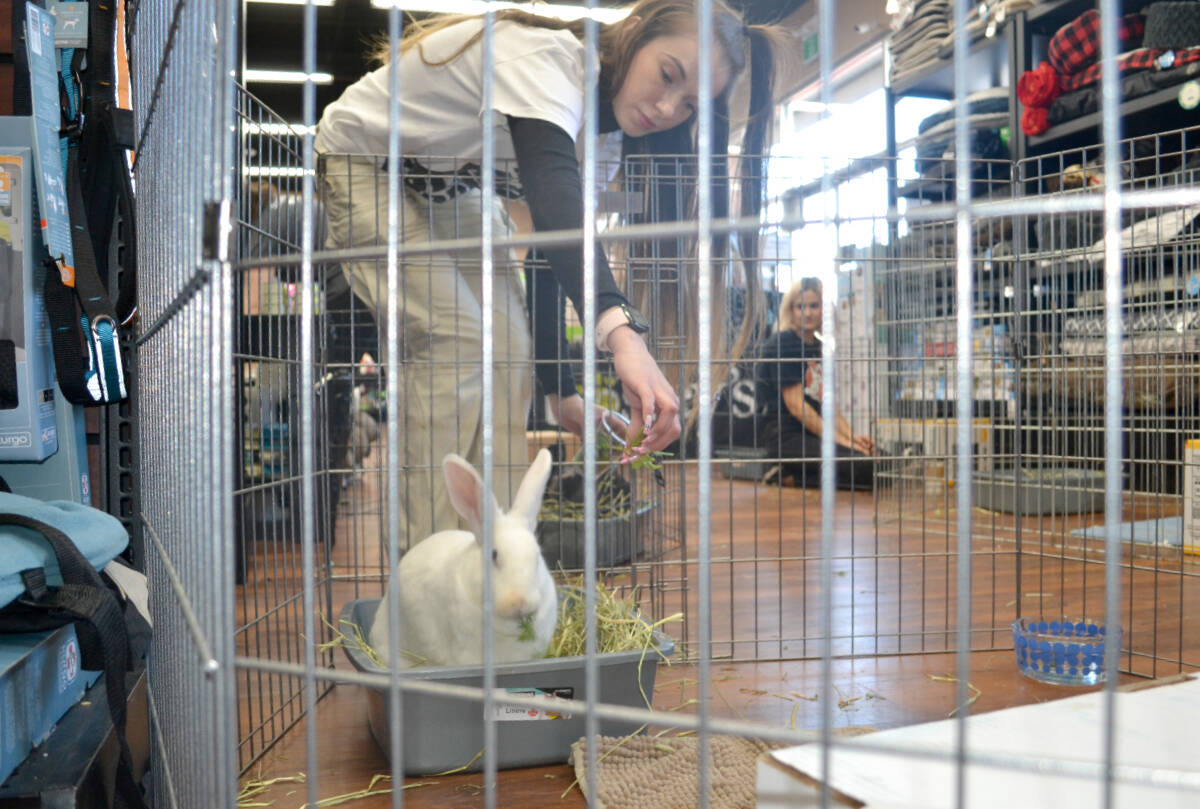 A staff member at Rabbitats feeds a rabbit up for foster and adoption at the organization’s first event in Langley on Jan. 14. The event aimed to raise awareness about the importance of fostering and adopting rescue rabbits, rather than choosing breeders. (Tanmay Ahluwalia/Langley