A year earlier, she had completed treatments for her latest cancer – her fourth cancer.

Three years in a row, she couldn’t make it through spring without a new cancer diagnosis – before the lung cancer was bladder cancer, and the year before that, kidney cancer.

And that wasn’t the first. She was told she had breast cancer in 2010.

That first diagnosis was followed by two years of surgery, radiation, and chemotherapy.

“And I wouldn’t wish it on anybody,” she said.

Nevertheless, she keeps trying to explain. That’s why she accepted a request to speak at the Langley Relay for Life, at McLeod Athletic Park, on Friday, June 9.

Lynne Robinson of the Relay committee recently contacted her, telling her that the Relay always starts with a speaker who tells their story of surviving cancer.

Usually the speaker shares having survived one cancer, she told Miriam, “But she said, ‘You need to share your four cancers.’”

Miriam agreed. Relay has done a lot for her and for many others. “A lot of headway” has been gained against cancer because of money raised for the Canadian Cancer Society through Langley’s and other communities’ Relay events, she pointed out.

She won’t only be speaking on June 9, she’ll take a victory lap around the track, along with many others who already do understand what she’s been going through. They’ll all be wearing yellow shirts – cancer survivor shirts.

This will be her fifth time on the Relay track.

Joining the relay was initially her daughter-in-law Alison’s idea. Alison felt it would be a good idea for Miriam to get out and join other cancer survivors and experience the public support for the fight against cancer.

It was 2013, months after her treatments for breast cancer were completed.

But after signing up for the Relay as a breast cancer survivor, she learned that she was “going through it” again.

She had gone to Emergency with blood in her urine, and the diagnosis was kidney cancer. Doctors decided the best course of action was to take out the diseased organ.

She actually walked the track with her cancerous kidney, before it was surgically removed.

Removal of the kidney was expected to be the end of it… but the following year it was discovered that the cancer had gone to her bladder.

She was in surgery for seven hours for a hysterectomy and removal of her bladder.

Adjusting to life without a bladder – learning to deal with a stoma and an ostomy bag – “isn’t fun,” she understated.

And then a year later, in 2015, doctors discovered a nodule on Miriam’s lung.

The nodule turned out to be a secondary cancer related to the kidney that had been removed two years previous.

Her suspicion that there’s a genetic component to her cancers is supported by the fact her father died of kidney, bladder, and lung cancer.

Spring has become a difficult time of year for her.

“Every spring I’d been finding these wonderful things,” she said. “Once you’re in the cancer club any aches and pains make you wonder.”

But the Relay for Life has been “a kind of therapy for me.”

Now she wants to walk alongside those who are going through some of what she has dealt with. She wants to be there for them, to reassure them if she can. She wants to help others get through it.

“Relay is very emotional. I sometimes break down when I talk about it…”

At that point, she stopped and took a moment to recompose herself before continuing.

“Walking that track is very powerful, with all those yellow shirts…”

Another short break in the interview.

She also finds some therapy in a blog that she started writing after her fourth cancer diagnosis.

The blog, at thejourneybymiriam.com, was the idea of her youngest daughter, Victoria. Initially it was a way to keep family and friends updated.

But it has grown beyond that, chronicling her thoughts and experiences dealing with cancer in a compelling and soul-stirring discourse.

She tries to be as positive as she can – “a glass half full kind of person – but admits, “Sometimes I have my days…”

And then: “I’m here,” she proclaimed triumphantly.

But it’s because she’s not alone. Her “great” husband, Randy, has been with her “every step of the way.”

“I wouldn’t be here without him.”

She and Randy just celebrated their 35th wedding anniversary.

“We’ve been together since I was 15,” she said. “I couldn’t have got through this without him. He’s always been there, beside me… through sickness and in health.”

She also attributes her survival to “my great kids and friends, and my faith.”

“My kids have been amazing,” said the 54-year-old mother of three.

She noted that hard times tend either to bring families together or push them apart, pointing out that “everybody deals with this in a different way.”

Her oldest children, Matt and Stephanie, were already living on their own when Miriam was first diagnosed with breast cancer – in fact, she was helping Stephanie plan her wedding while undergoing that first round of treatments.

But she feels that Victoria, 18 years old and in high school at the time, was most directly affected.

“This has brought us all closer,” she said. “I have a great extended family, but it’s really your little family unit that is most affected.”

She sees people around her – people her age – worried about “so many things… like having enough money for retirement. When your health is taken away, you change.”

“You’re just a changed person when you go through this,” she said. “I can’t explain it. You can’t understand it without going through it. Now I take the time to look at the birds, you know?”

“Sometimes I feel like an old soul,” she mused. “You have to enjoy every day just living.”

Miriam Senges will talk about her journey at the opening of Relay. She’s scheduled to take the podium at 6:30 p.m., about 15 minutes before she joins all the other yellow-shirted survivors for another victory lap.

And then Team Senges will take part in the Langley Relay for Life until it finishes up at midnight. Their team includes Miriam and Randy, their kids Victoria, Stephanie, and her spouse, Andrew, and Matt and his spouse, Alison, and more family and friends. 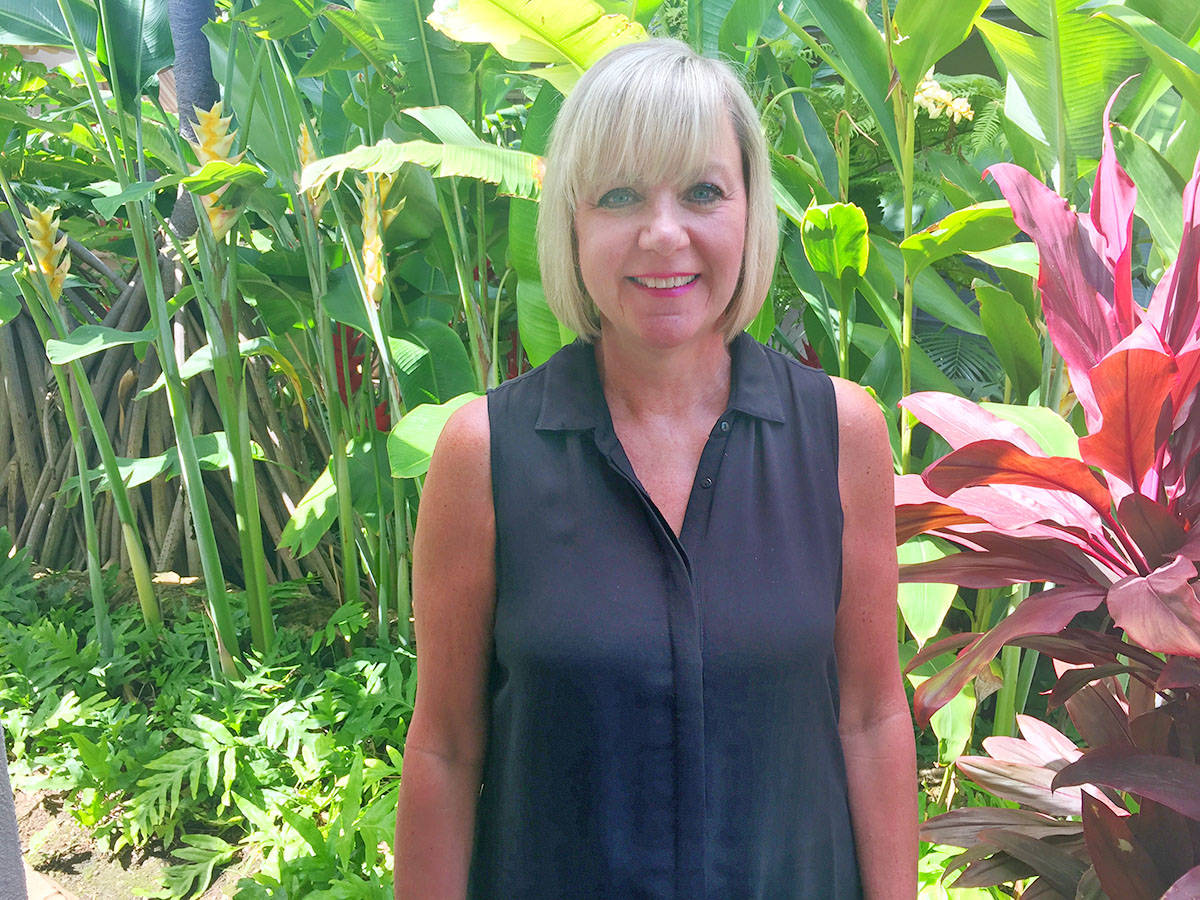 Miriam Senges will be the guest speaker at the Langley Relay for Life.