Remnants of a hearth are the latest archeological find in Crescent Beach, an area rich in historical significance for the Semiahmoo First Nation.

Its discovery last week on Agar Street, immediately east of McBride Avenue, however, was of little surprise to Don Welsh, a South Surrey archeologist and anthropologist who has done extensive research on the history of the SFN.

“We find stuff all the time,” Welsh told Peace Arch News this week, citing remnants of a basket found last year, and a burial cairn discovered four years ago as among other artifacts.

“The biggest last year was the basket.”

Uncovering of the hearth occurred during work that is underway as part of the City of Surrey’s ongoing efforts to improve drainage in the neighbourhood.

Engineering crews on site this week deferred comment on the excavation and screening to the city, but implored the public to not venture out for a look, given the site’s sensitivity and risk of interference.

Welsh, who has been working with the SFN since 1995 – and first worked with human remains in 1966 – said it is imperative that cultural protocols are followed.

“This is someone else’s cemetery,” he said of Crescent Beach, estimating most human remains found in the area “are going to be 2,000 years old.”

While no human remains have been identified so far this year, Welsh said he has a map that shows where remains of “at least” 700 people have been recovered in the local area.

Welsh said any deposits identified during the excavation will be sent to the UBC repository; human remains are ultimately interred in the SFN cemetery.

City of Surrey design and construction manager Victor Jhingan said Wednesday he’s had no confirmation that remnants were recently identified at the Agar Street site.

“Nothing’s confirmed in terms of any archeological deposits that have been found,” Jhingan told PAN, noting testing must be conducted on any deposits that are collected.

Given the area’s known sensitivity, a team will remain on-site for the duration of construction to monitor and screen for deposits, he said. One hundred per cent of an excavation is screened if any evidence of remains is found, he added.

Jhingan said the current construction is Phase 2 of 10 planned for the area, and is focused on installation of a storm sewer system and minor road improvements to bolster servicing to private properties on Gardiner and Agar Streets, McBride Avenue and O’Hara Lane.

He confirmed that council authorized additional funds sought by staff in late June for engineering services for the phase. The money – now totalling $1.7 million – is earmarked largely for archeological services.

A corporate report explaining the request notes Crescent Beach is “within a high Archaeological Sensitive Area,” and that a Site Alteration Permit mandated by the province requires the collection of archeological deposits disturbed during construction and for excavated material to be screened by a professional archeologist.

Any such find will impact the timeline of a construction project, Jhingan said, noting Phase 1 work actually remains suspended following the discovery of a burial on McBride Avenue. It was determined that continuing with construction would be “too impactful.”

Efforts are ongoing to identify alternative ways to complete the servicing upgrades to homes affected by the suspension, he added.

The current phase – now budgeted at $5.7 million, including $3.8 million for the physical construction – is anticipated to be complete by the end of October.

Consultation with the SFN determined the area contained ancestral remains, and Welsh is among First Nation representatives who will continue to keep a close eye on the site until the work is done.

The report notes that crews are installing the storm sewer at a shallower depth than originally planned, and in locations that have been previously excavated, to reduce the risk of disturbance. 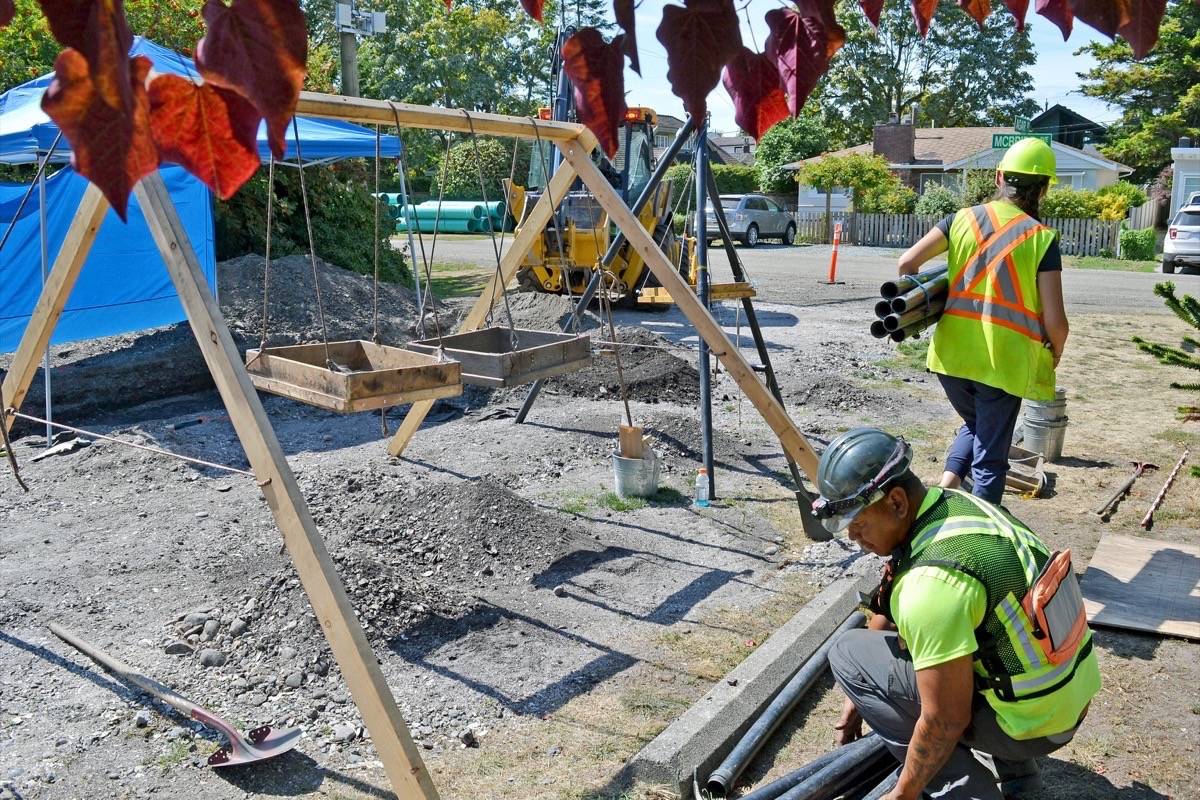 Crews work at a site in Crescent Beach, using equipment including these shaker boxes to sift through shell midden for First Nation artifacts, ahead of work to upgrade the neighbourhood’s storm system. (Tracy Holmes photo) 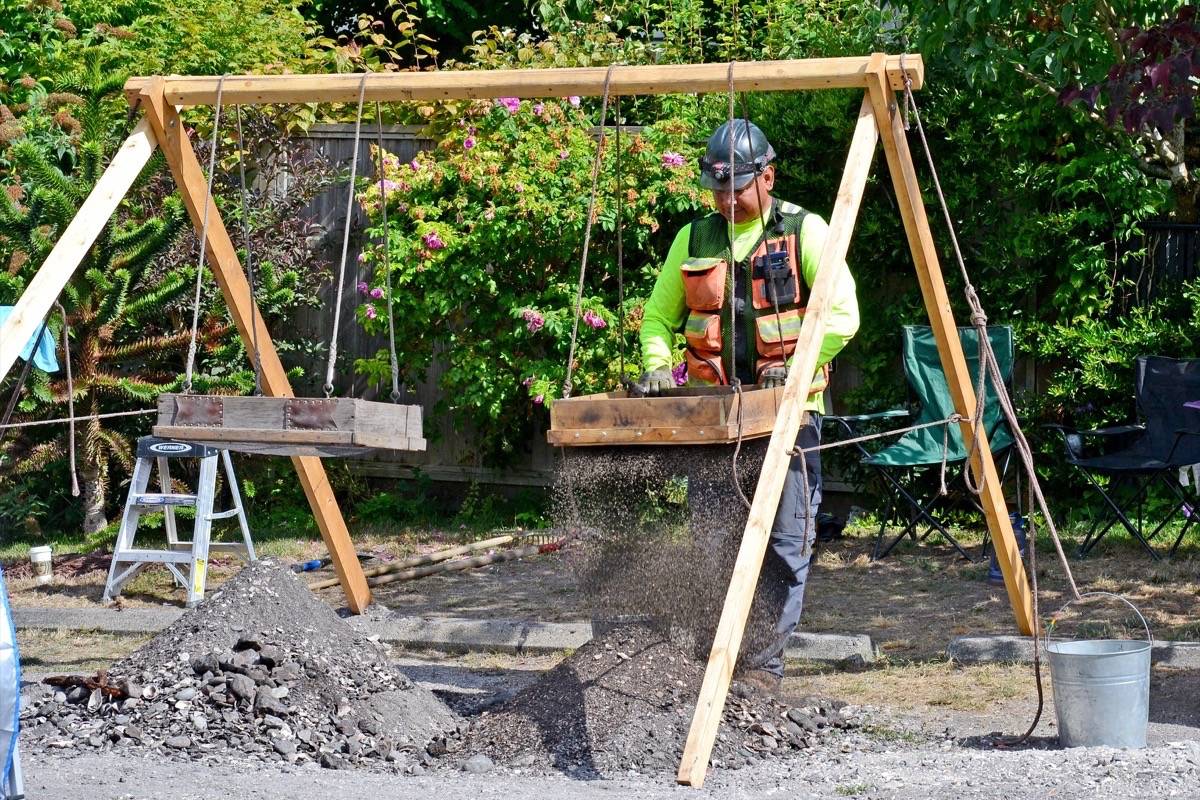 A worker sifts through shell midden at the Crescent Beach site, as part of cultural protocols in place to preserve any historical items found during excavation. (Tracy Holmes photo) 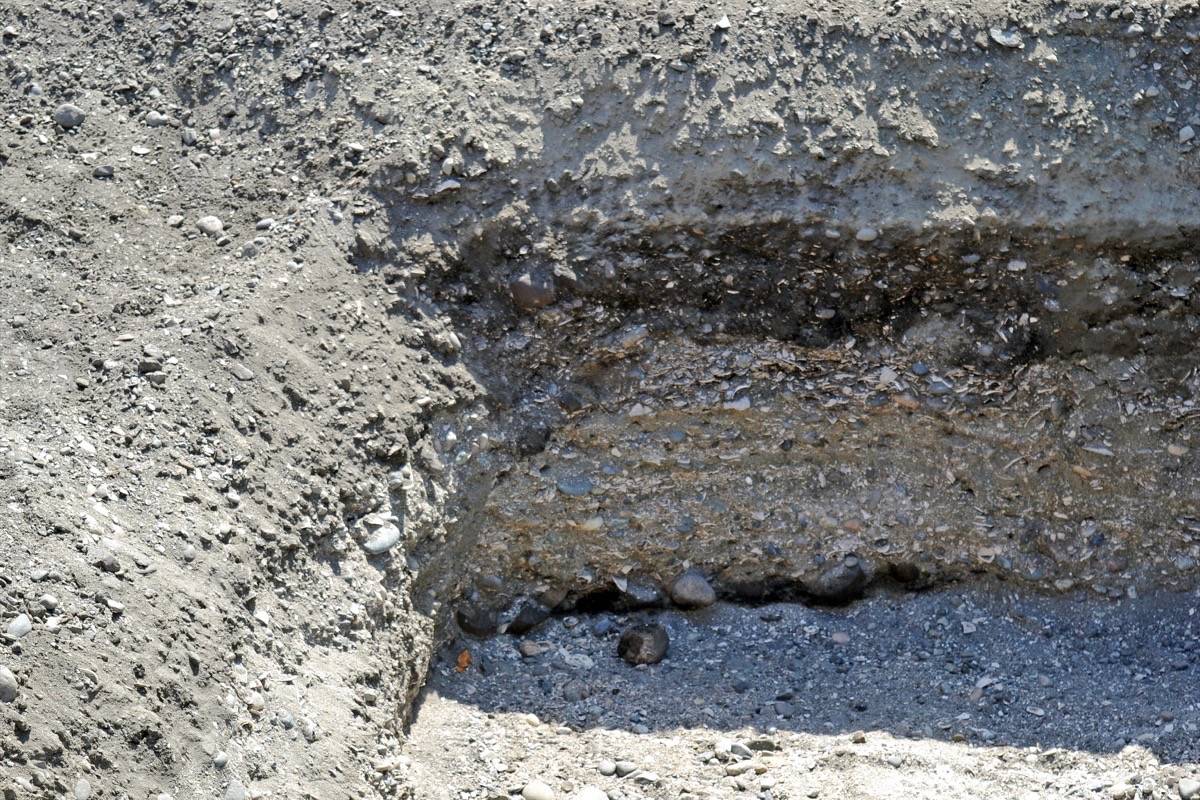 Remnants of a hearth were discovered last week, during excavation in Crescent Beach in connection with a City of Surrey drainage-improvement project. (Tracy Holmes photo)