With his third broken leg in as many summers, it was questionable if Doug Penner was going to be riding this weekend in a charity event held each year in his honour.

Fortunately, a visit to BC Children’s Hospital Tuesday spawned an “all clear” from the doctors, and the 16-year-old Murrayville teen will, in fact, be riding – cast and all – with his mother in the 13th annual Ride for Doug this Sunday.

On June 2, Doug and at least 80 or so (he’s hoping for many more) of his supporters are expected to embark on a 200-kilometre motorcycle ride through the Fraser Valley, all to raise money and awareness for muscular dystrophy.

Doug, now 16, was diagnosed with Duchenne Muscular Dystrophy (DMD) when he was two. It’s a genetic disorder that caused muscles in his body to gradually decline and weaken. There is no cure – yet.

In part due to his weakening core muscles – which is attributed to the disease – and in part because of his broken leg – which happened two-weeks ahead of this year’s ride – he’s going to be making the journey on a different set of wheels.

Given his most recent injury, it was feared Doug would have to sit out this year’s ride – or at the very least make the journey in a car.

“I think it would gut him to sit at the side of the road and watch,” Dad said.

Thankfully, that won’t be the case.

“Next year, he’s getting bubble wrapped” well ahead of the ride, Dad chuckled, noting year one Doug broke his tibia, year two it was his femur, and this year it’s his tibia and fibia.

So, this time out, Doug is swapping out parents and bikes for the ride.

He won’t be riding on his dad’s, (Cam’s) sports bike, which has been his “chariot” for all but the first year of the event.

Instead, this time out Doug will be perched on the back of his mom’s (Allison’s) three-wheel Can-Am Spyder.

“The jury is still out on his opinions of the new bike,” said Dad, noting that like most teenage boys, Doug has got a strong appetite for speed and sporty vehicles.

“He likes the fact that the new seating position allows the bike to accelerate more briskly than I’ve been able to do for a few years now,” Dad added, anxious to hear Doug’s review after the complete the backroads tour of Langley, Matsqui, Mission, and Cascade Falls Regional Park.

It will be a transition for Doug, but it will also be a significant change for Mom.

She’s used to operating behind the scenes of the ride, and while she’s actually rode several years – it’s always been near the back of the pack.

“I’m used to taking the back seat. I like to be in the background,” she said. “So much for anonymity.”

It’s typically Allison’s job to make sure all the money is counted and receipt issued. But this year, her job title has expanded, as will her visibility – since she’ll have to ride up at the front of the pack with Doug.

During the first dozen years of Ride for Doug, the fundraiser managed to generate in excess of $225,000 for Muscular Dystrophy Canada.

“It’s mind blowing,” Cam said of the generosity so many riders have shown through the years.

Again this year, donors can choose whether to support MDC or Doug’s accessible vehicle fund.

LEARN MORE: Cruising the Valley and outfitting a ride for Doug

The ride has also grown significantly through the years. The inaugural ride saw 17 riders. Last year, due to heavy rain, there were only just shy of 50 riders – although at its peak, this event has attracted upwards of 120 riders.

Admittedly, with that growth comes increased work to set up and coordinate an event of this magnitude. And, there are times when the Cam said, when Allison and himself wonders if it’s time to call it quits.

“It means so much to Doug, how can you stop?” Cam queried.

One of the highlights of each year, for Dad, is witnessing the smile on his son’s face as Doug wanders through the crowd of riders prior to departure, the boy taking time to thank each person for coming out and talking to them about their bikes.

The ride gives Doug something to look forward to during those days when his disorder is dragging down his spirits, Cam elaborated, calling it Doug’s form of Christmas.

“Honestly, Doug draws on this for some of his emotional support through those more difficult times.”

This year, registration gets underway at South Langley Church (20098 22nd Ave.) starting at 11:30 a.m., with a Triple O’s food truck on hand to sell pre-ride lunches.

Riders will be given a send off at 1 p.m., then a post-ride meal is being offered back at the church, starting at 5:30 p.m. There are usually between 250 to 300 people who participate in the barbecue – which is by donation.

Ride registration is $20 per bike, and it’s open to anybody who wants to take a leisurely four-hour cruise through the countryside, Cam said.

People can register to ride, learn more about the event and Doug, or help out the cause, by visiting: wwww.ridefordoug.com. 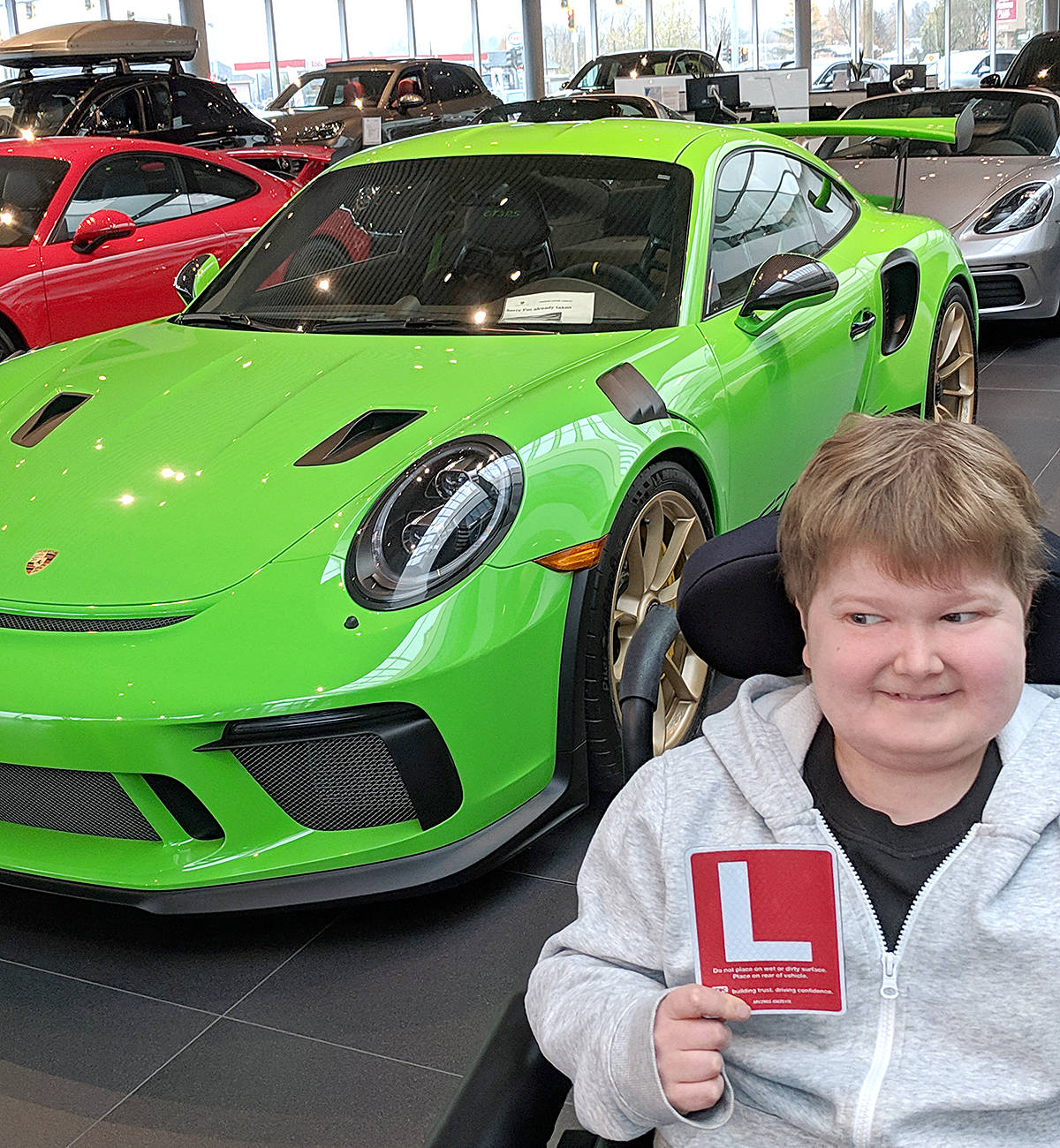 Doug Penner now has his learners, but can’t get behind the wheel until he can be trained and tested in an adapted and accessible vehicle. He’d love if that could be a sports car – although it’s unclear yet if that will be practical. (Cam Penner photo)

ODD THOUGHTS: What’s a bit of rain when you’re having fun in Langley?