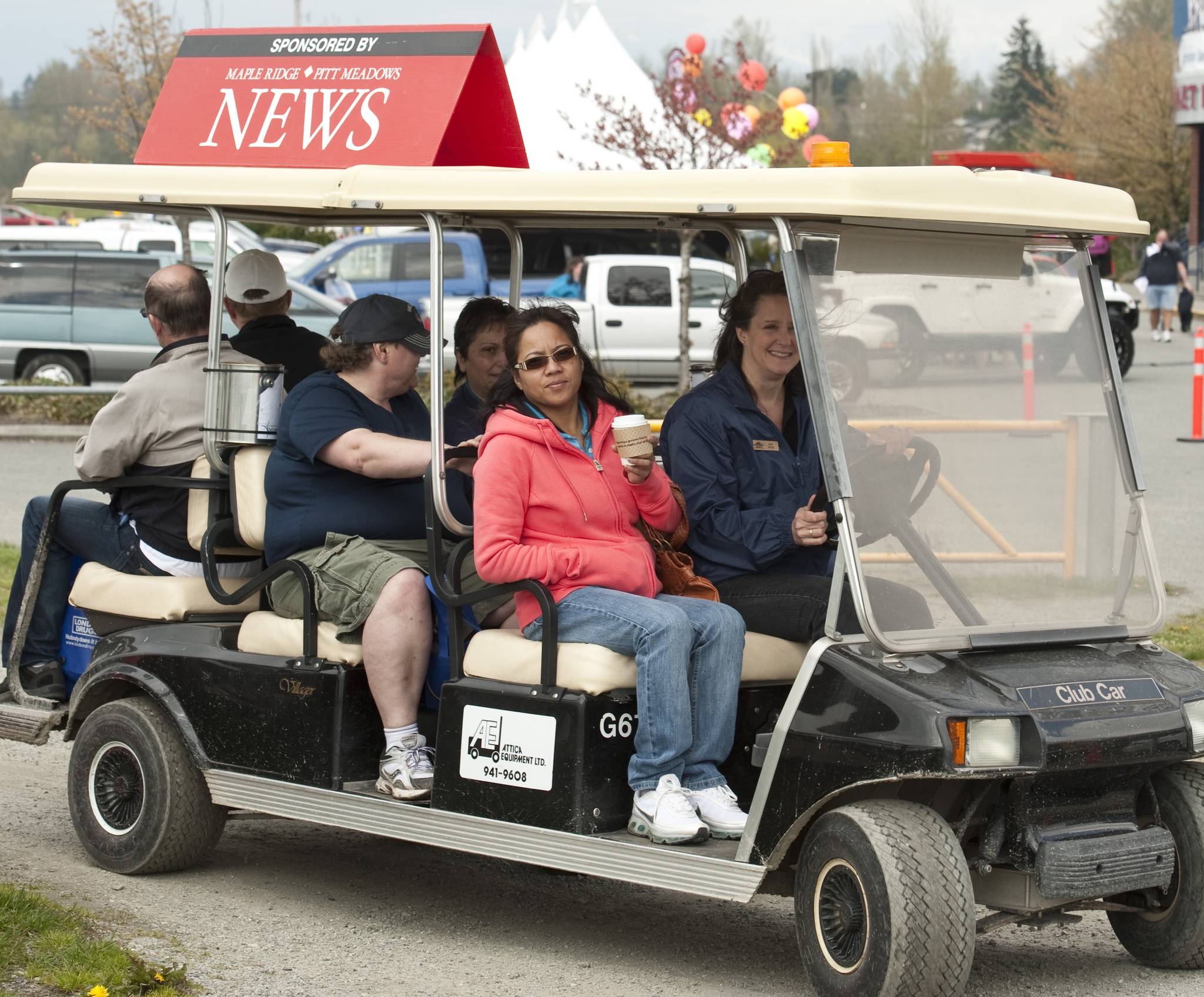 This community’s single largest annual event, Ridge Meadows Home Show, will be back in spring 2021.

But due to the COVID pandemic, this year’s event will not be happening early next month, confirmed president Dave Sheppard.

The event, which has been around for 47 years in a few different incarnations, was set for May 1 through 3 at the Albion Fairgrounds and the adjoining Planet Ice and curling rink facilities.

Typically, there are about 20,000 people who attend the weekend-long event. It typically features close to 400 (primarily home and garden related) exhibitor booths, plus an outdoor family festival complete with midway, a psychic fair, and a food truck festival.

“I’m sure this comes as no surprise, but to make it official,” this year’s show has been cancelled, Vanstone said, speaking to the provincially mandated ban for any gatherings of 50 or more people.

Admittedly, said Sheppard, the home show team was looking at contingency plan back in late January, when word of the outbreak in China first started to hit mainstream media in North America.

Nevertheless, they still clung to some hope that the home show, which Vanstone described as a “huge economic driver” for the community, could proceed.

PAST COVERAGE: Something for everyone at the Ridge Meadows Home Show

Initially, there were hopes, he said, they could simply postponing the show a month or so. But when the municipality banned use of all civic facilities until at least Aug. 31, he said plans for a mid-June show were quashed.

And, as the health crisis continues on, it was realized this year’s show wasn’t to be, Sheppard said. He noted that another major factor in their decision making was the fact that the building is filled with ice for much of the year, thereby limiting the windows of time throughout the year when the show can be held.

Consequently, the official decision was made last week to cancel the 2020 event all together.

Sheppard who is part of the family-owned Haney Appliance & Sound, expressed concern for many local businesses that have come to depend on the home show for exposure, not to mention actual jobs or sales that carry them through the rest of the year. Without that – especially through these unprecedented hard times – many local shops could suffer irreparable loss.

He actually issued a plea to residents of Maple Ridge and Pitt Meadows to remember the local businesses – many who are your neighbours – when people think about making purchases. He implored consumers to “please shop local.”

At present, the three full-time home show staff are still employed, and working with all the vendors to arrange refunds or defer booth reservations and fees to the 2021 show, Sheppard explained.

“We’d like to keep them working for as long as we can,” he said.

Thankfully, since the home show society was formed back in 1995, one of the fundamental commitments of the organization was to always ensure there was a contingency fund in place, in case some kind of disaster struck.

“You sometimes wonder if it’s necessary,” Sheppard said. But then an unprecedented crisis like this hits, and the necessity for the reserve is apparent.

“I was really hoping this rainy day would never come,” he added. But it has.

He was confident, thanks to the reserves and the support of many of their vendors (who have simply said hold on to their money for next year) that the team will be kept together and be in a good position to start planning for next year’s show soon.

“Ridge Meadows Home Show will be back, bigger and better than ever, in 2021,” Vanstone said, noting next year’s dates are already reserved for April 30, and May 1 and 2.

“I hope people realize how serious this is and that people need to stay home,” she said. “Life is going to go back to normal, but for now, it’s up to us as individuals to abide by the health guidelines, and hunker down in our homes.”

If there is more to this story, please let us know about it. Email us at editor@mapleridgenews.com. We look forward to hearing from you. In the meantime, like us on Facebook or follow us on Twitter.