The Fraser Valley Rock and Gem Club (FVRGC) outgrew its original lapidary shop and has moved into unused recreational space in Aldergrove.

Due to an increased amount of local interest in their youth club, the Aldergrove not-for-profit group began looking to expand their silversmithing workshop in fall of last year.

For over five decades – rock hunters, carvers, polishers and silversmiths worked on their unique creations inside of the Old Age Pensioners (OAP) hall on 273 Street.

Seventy-nine-year-old Ruby Jaggernath, a dedicated member of the group, is excited to have nearly triple the amount of space.

“Some of us make jewelry, some of us – bowler ties. Others do rock carving, some cut and polish our rocks and mount them in silver,” Juggernaut explained.

“And some just brag about the rocks we’ve collected,” Juggernaut remarked.

The “rockhound” group goes on excursions across B.C. to areas including Yale, Hamilton Bar and Rock Creek where members attend a four-day spring campout.

“British Columbia has a lot of good mineral rock because it’s a volcanic area,” Juggernaut elaborated.

“On the sandbars of rivers there are a lot of good finds,” Juggernaut added.

Kelly Earles, who supervises the club’s youth group, was in talks with the Langley Township about renting out the stand.

Earles is now able to accomodate larger class sizes for youth and youngsters who want to create projects, including gem trees and copper bracelets with a cost of $2.50 dollars per class.

“That is about as free as you can get,” said president of the club, Carol Alexander, “the program is one of a kind.”

Bert van Dalfsen – a longtime member of the rock club – worked out logistical details for the new shop with the help of Ron Vauthrin, who transported the club’s equipment and set up in the new space.

Robert Brown, Lyn Fuessel and Arn Hamelin donated lumber and supplies so that the stand could be renovated into working order.

Dave Guenther – a plumber and father of member Patty Bennett – volunteered to install a water supply to the grinding machines.

Marie Van Dalfsen painted the new shop and donated first aid kits for both of their locations, the other which includes a small metal shop studio in the OAP hall.

Larynda Brown coordinated volunteers to clean and paint the old shop, which will now be used for silversmithing, wire wrapping and other copper work.

Others who gave of their time include Fred & Kelly Earles, Ross Gussen, Robert Brown and Noor Qanbery.

FVRGC, which is a part of the B.C. Lapidary Society, still conducts monthly meetings in the hall every second Friday of each month at 7:30 p.m. Those interested in taking part are welcome to join in the club’s growing list of members. 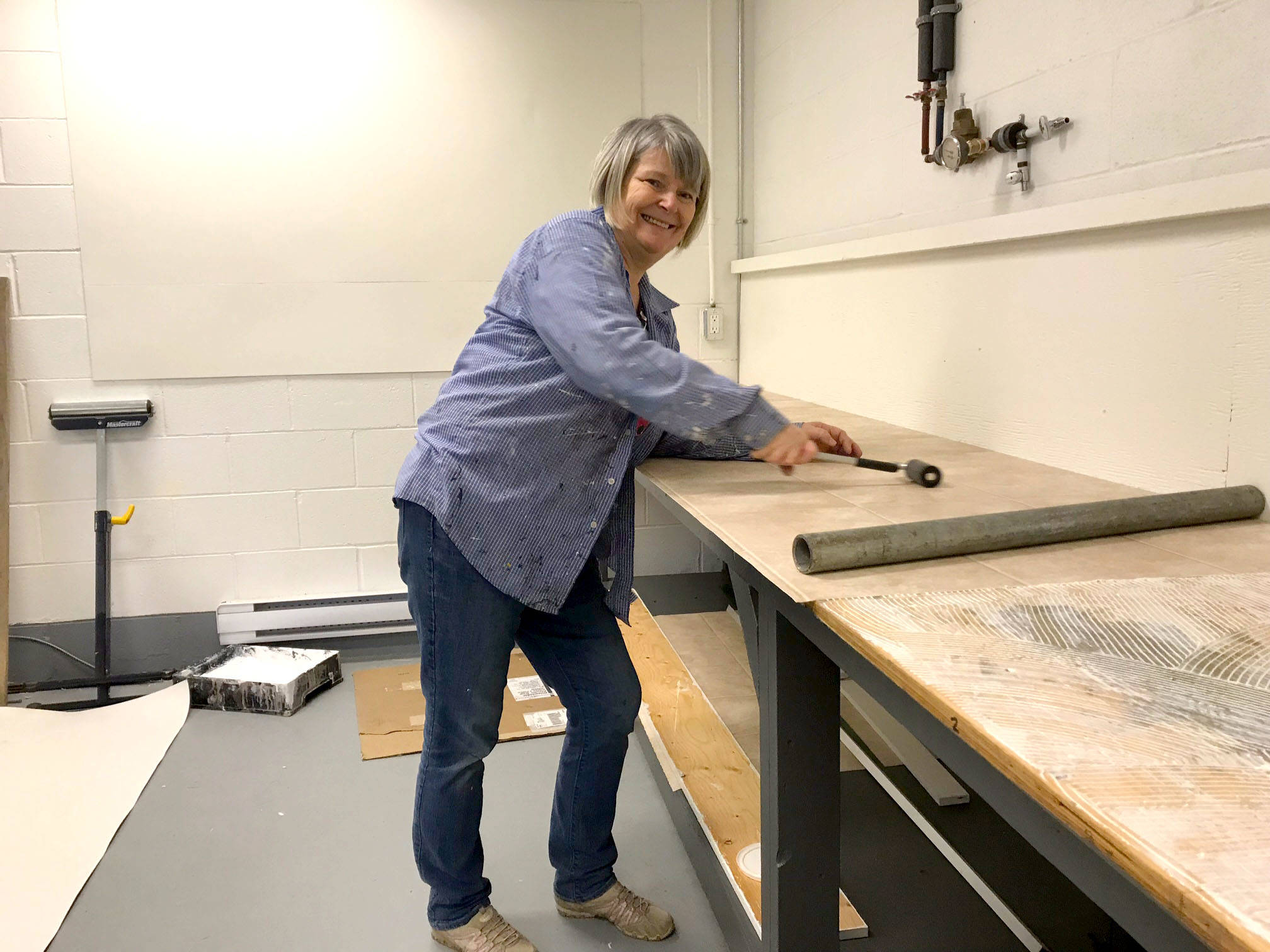 Marie Van Dalfsen painted the new shop with the help of other local volunteers. (Submitted photo) 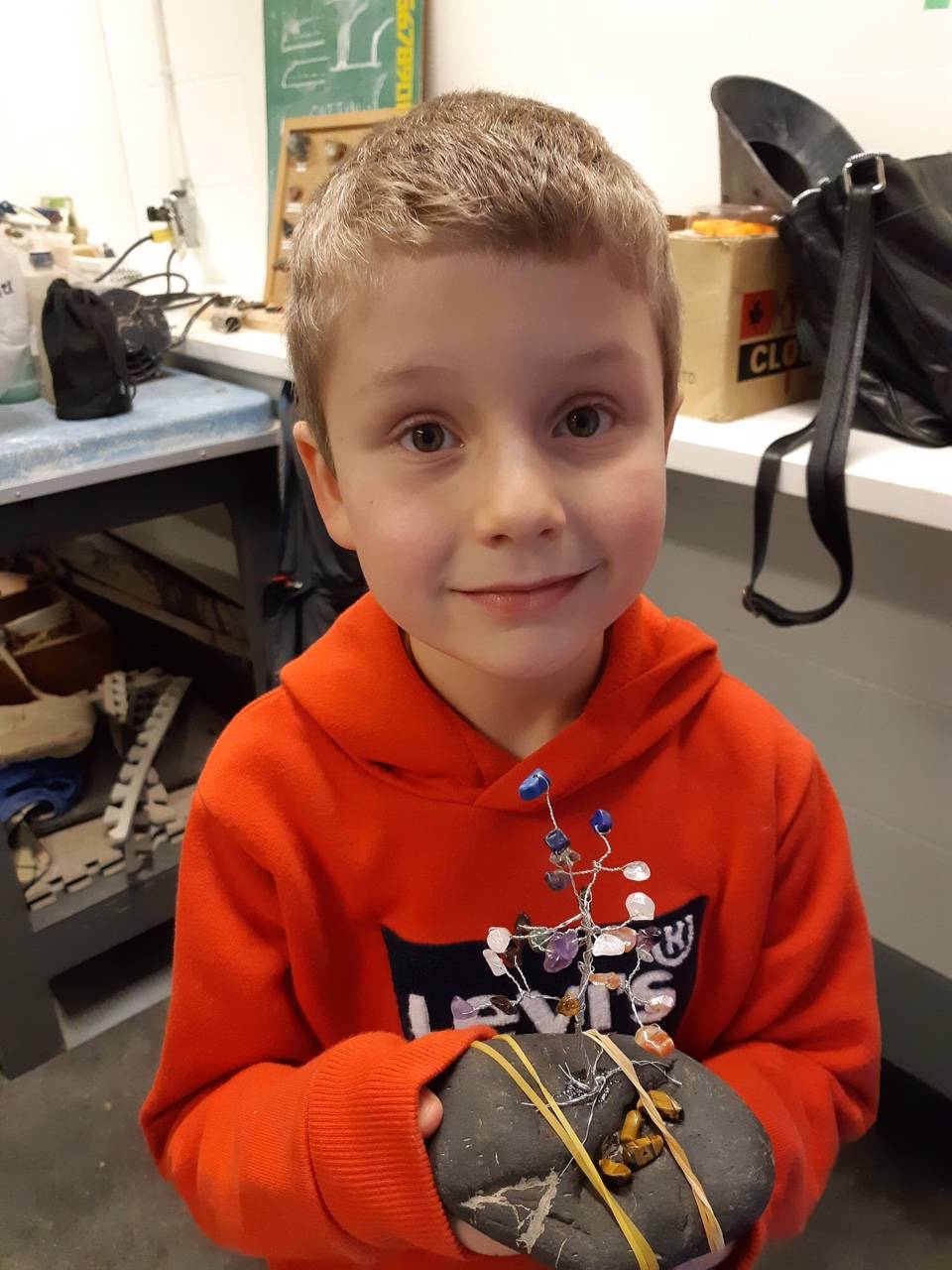 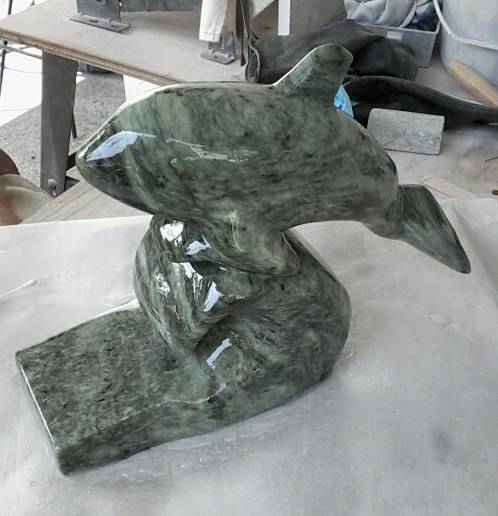 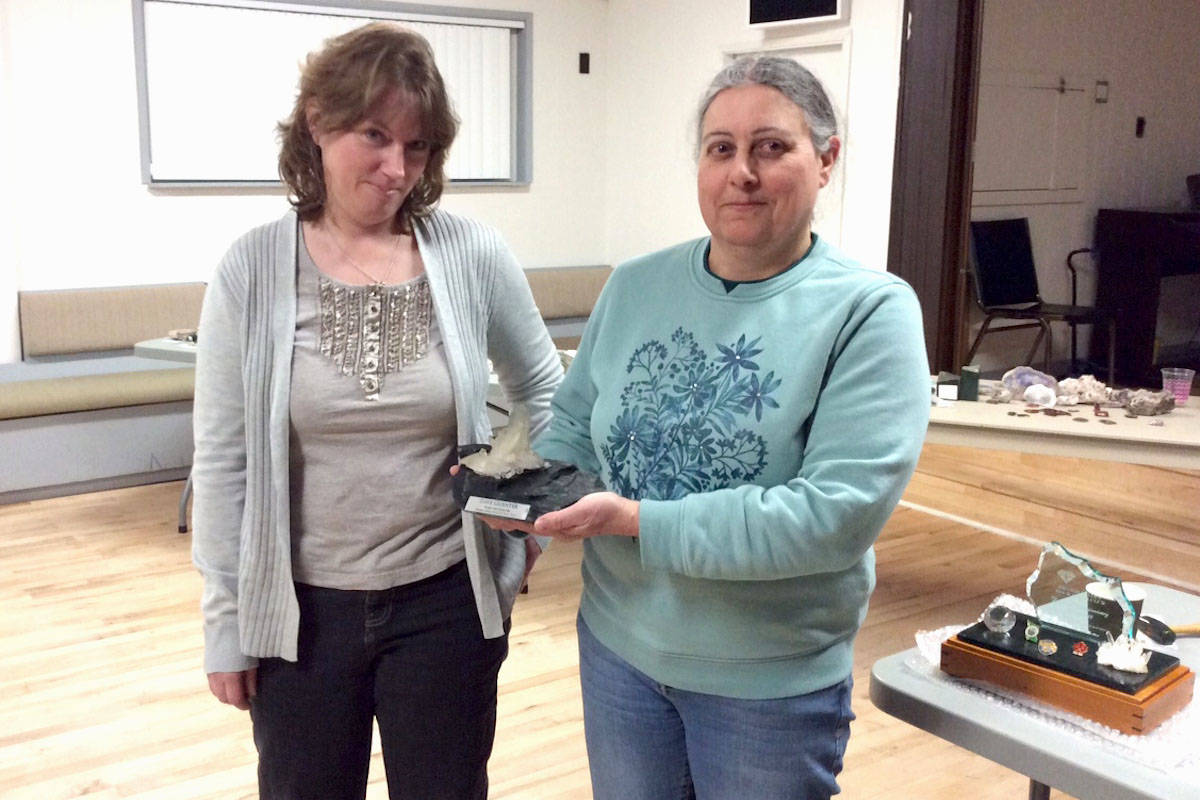 Lyn Fuessel presents a trophy of appreciation to Dave Guenther, for plumbing work he did in the rockhound club’s new shop. Patty Bennet accepted the trophy for in honour of her father. (Submitted photo)

Aldergrove glow-in-the-dark swim and games for a cause