Apparently, the pandemic turned out fruitful for a few Langley scribes.

One of them was Kim Elliott, who turned the lockdown to her advantage and penned her first novel.

The Walnut Grove resident and a mother of two combined science fiction and romance to write her first book, “Falling for the Villain.”

Set up in a futuristic world, the book is about the journey of Aubree Klein, a junior college student bestowed with superpowers who she uses to save River City (an imaginary place) from villains.

Her alter ego, Blue Nova is the main character who can shoot blue flame fireballs. As she fights villains, Blue Nova falls in love with her arch-nemesis, Dr. Vile – an evil super-genius who uses his malicious inventions to inflict destruction on the city.

The two join hands to tackle a new and even more powerful villain that threatens the town.

The motivation to write the book came to the 35-year-old after winning a national creative writing contest launched by Toronto-based Wattpad – an online writing community – in partnership with Tim Hortons.

With Elliott’s $1,000 cash price from her first-ever writing contest, she funded her novel.

“I always dreamed of writing a novel, but never felt my ideas were good enough to fill a whole book. Then, last year, inspiration finally struck… the winning gave me the courage to self publish,” she explained.

“With plenty of free time thanks to the pandemic, I had no excuse not to start writing.”

Elliott chose to give Blue Nova’s character the blue theme as it’s her favourite colour.

Her target audience is late teens and adults in their early 20s. And, although initially, Elliott thought only female readers would enjoy her book, she received a great response from male readers, too.

Elliott said that Falling for the Villain is the first in a three part series.

She has already written the first draft of book two, and currently she is revising it before offering it to beta readers.

“I’ll be announcing the title [of the second book] soon. I’m targeting the summer for its release,” she added.

Elliott grew up loving the superhero genre but found the romance lacking, but her idea for “Falling for the Villain” stuck her mind while watching superhero cartoons with her toddler.

“I decided to take matters into my own hands and create the story I wanted to read.”

Elliott holds a bachelor of arts degree in English and took creative writing courses. After graduation, she did not pursue creative writing, but Elliott was drawn back to her roots during the pandemic.

Once the writing part was finished, Elliott approached a local graphic designer to get the book’s cover page done.

Langley local libraries have assured the stay-at-home mother that her book will be included in the local author section soon, Elliott said.

“Falling for the Villain” is a self-published book, available in print and electronic versions through Amazon. For more information, people can visit Elliott’s website kimelliottauthor.weebly.com 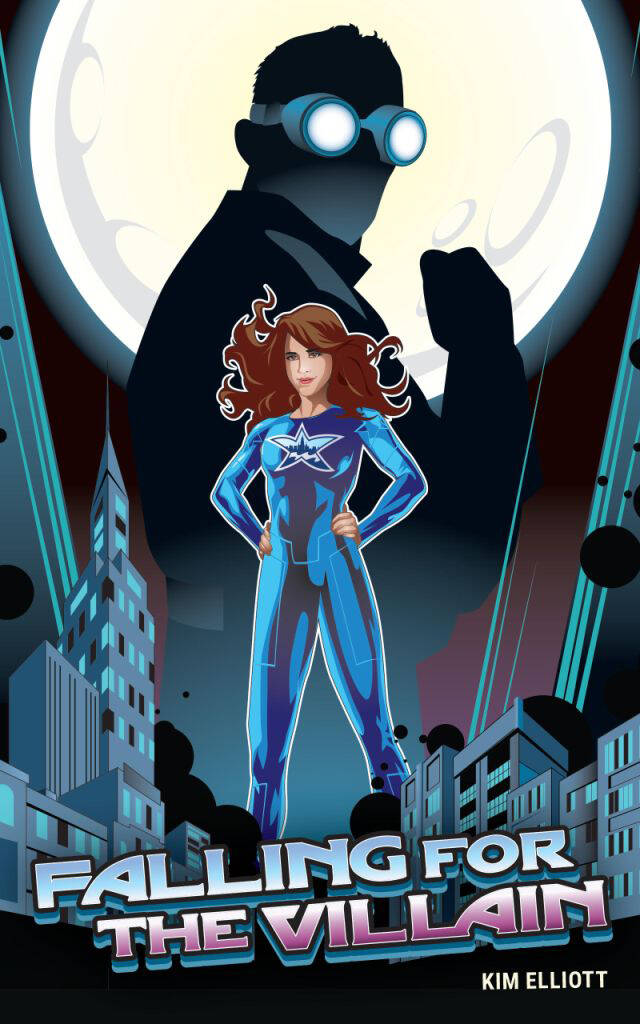 Kim Elliott is a 35-year-old Walnut Grove resident who recently launched her first book, Falling for the Villain. (Special to Langley Advance Times)