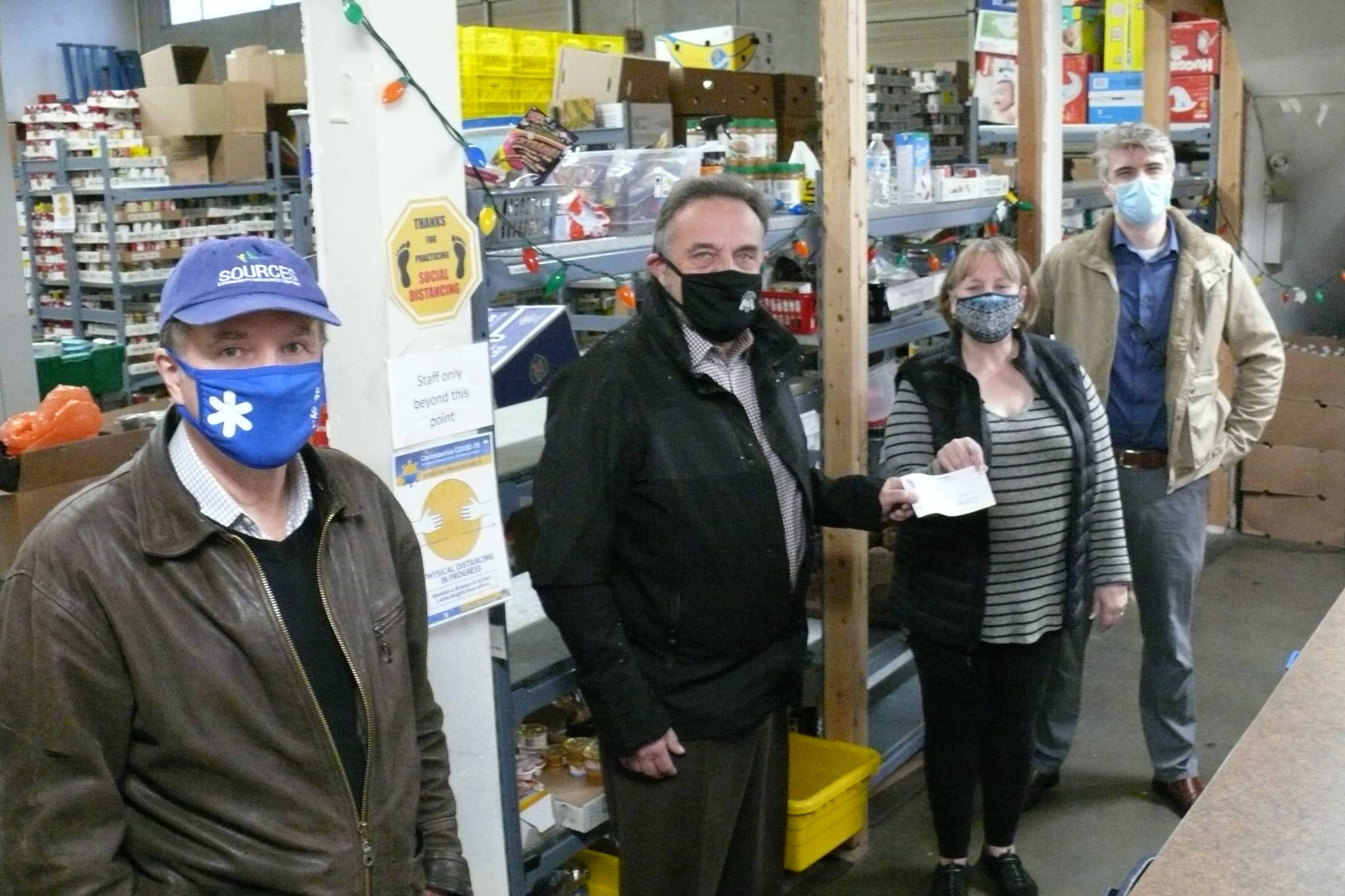 When a former employee of Teamsters Local 213 suggested the union might want to make a contribution to the Sources Langley Food Bank, secretary-treasurer Walter Canta thought it made sense.

“We have members working out here,” Canta explained.

On Monday, Dec. 21, Canta arrived at the Langley food bank at 20445 62nd Avenue with a donation for $2,500 along with the former employee, who happened to be Langley MLA Andrew Mercier, who served as the union’s in-house legal counsel.

“We have a good relationship,” Canta said of Mercier.

“It’s important this time of year that we take care of each other, especially the year that we’re having,” Mercier said.

It was the first time the Teamsters have contributed to the Sources Langley food bank, and Young was delighted.

“It came out of the blue,” Young remarked.

Black said the donation was especially welcome during the busy holiday season at the food bank.

If it’s important, “Teamsters are hauling it,” Canta commented.

It is operating under COVID-19 restrictions, with people asked line up two metres apart.

Sources Langley Food Bank is a member of Food Banks BC and Food Banks Canada, providing community members in need of a minimum of two days worth of food per person per week. Formula and diapers are provided for babies.

Individuals and families who live on a low income in the Langley area (0 Ave. to the Fraser River, east of 196th St. and west of 276th St.) are eligible to receive food bank services.