For the first time since the pandemic, the Terry Fox fundraising runs in Langley and Langley City will be in-person again this weekend, while the Aldergrove run will remain virtual.

Usually, the largest turnout is for the Langley City run, which drew more than 150 participants in 2019, the last in-person event before COVID hit.

It gets underway with registration this coming Sunday at 9 a.m., with the run, walk, and stroll events at 10 a.m. starting and finishing in Douglas Park, at 5409 206th St.

This year, organizers will have live music for the participants, performed by Langley’s Rue-Saint Georges Sax Ensemble, which plays everything from ragtime to Disney favourites, jazz, and more.

A young participant in a Langley City Terry Fox Run, held before the pandemic forced a switch to virtual events. This year, the Langley City, and Walnut Grove runs, will be in-person again, while the Aldergrove run will remain virtual due to a lack of volunteer organizers. (Rosemary Wallace/Special to Langley Advance Times)

There will be a dedication board, a concession stand, and a warm-up before the run, walk, and strolls get underway.

One of the volunteers, Langley City Councillor Rosemary Wallace, is hoping for a good turnout.

“The Terry Fox Run has been very well supported in the past, and it is a day to gather as a community in support of those that have lost loved ones, survivors and those struggling with a diagnosis,” Wallace remarked.

Danette Haar, the Terry Fox Run coordinator, said there has been an annual fundraiser event in Langley City since 2000.

Those interested in helping out are invited to email Haar at terryfoxlangley@yahoo.com.

In the past, the Langley City Terry Fox Run has had performers along the route to entertain and encourage participants. If anyone is interested to set up and play, they should also get in touch with Haar.

People can register on the day of the event, or go online at https://run.terryfox.ca/2986.

READ MORE: ‘If anybody could do it, he could,’ Terry Fox’s nurse to speak in Langley City

“Our run usually has about 100 people,” Turner told the Langley Advance Times.

To register or donate to the Walnut Grove run online, visit https://run.terryfox.ca/3049 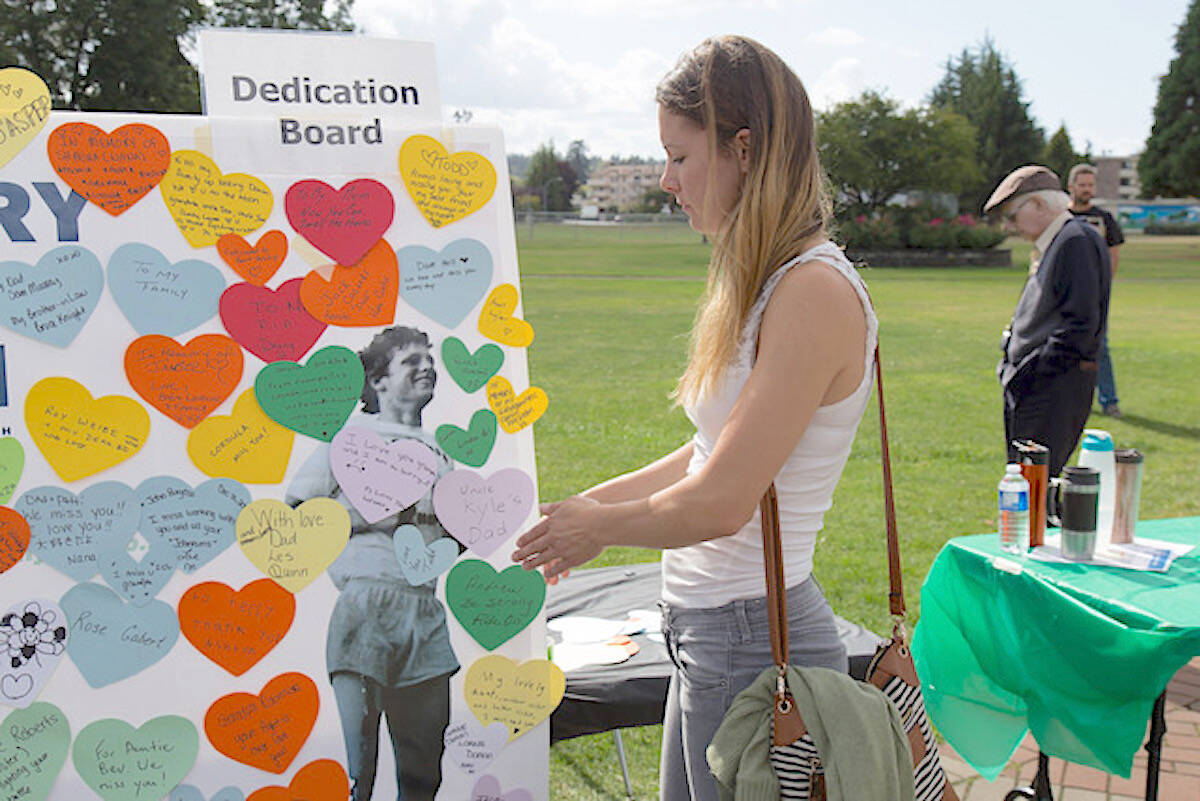 Participants in a Langley City Terry Fox Run, held before the pandemic forced a switch to virtual events. This year, the Langley City, and Walnut Grove runs, will be in-person again, while the Aldergrove run will remain virtual due to a lack of volunteer organizers. (Rosemary Wallace/Special to Langley Advance Times)

As for Aldergrove Jack Basterfield, the Terry Fox Foundation’s community development director for B.C. and Yukon, explained it remains virtual because the volunteer organizers of the event have stepped down. But, he said, people can still register and donate online through the foundation website.

To donate or participate in Aldergrove, people can visit https://run.terryfox.ca/2936.

VIDEO: Cruise-In swap meet and car corral described as a return to normal after 2 years of COVID