Star Wars fans took to the Dark Side this weekend and came out by the hundreds for family photos with Vader Santa.

Ahead of the Dec. 15 release of the upcoming Star Wars: The Last Jedi, Langley’s Toy Traders held a four-hour photo session with Vader Santa and his candy cane Storm Troopers that drew massive crowds on Saturday.

Toy Traders owner Matthew Purdy was on hand, handing out free waters to those who waited in the long line-ups. Many dressed up in full costume, some as Luke Skywalker, others as tiny storm troopers and Boba Fett. Everyone was in a festive mood while a life-sized R2D2 interacted with the crowd.

Dillon Fraser waited in line with his nearly one-year-old son Luke who was donning an adorable Darth Vader knit-sweater.

Dillon admitted that Star Wars may have had an influence on the naming of his son.

Others brought their dogs out or the entire family dressed in ugly sweaters to mark the occasion.

In the end, more than 650 photos with Vader were taken and nearly $2,000 was raised for Some Assembly Arts Society that work with and encourage youth to take part in plays, write plays and spread awareness of the arts.

All the pictures taken are posted on Toy Traders Facebook page.

It was members of the Star Wars fan-based 501st Legion that helped with the day.

Deadpool fans were also treated to photos with this superhero at the front of the store. The authentic costume had everyone wondering if it was the real Deadpool.

Luke [Skywalker] Fraser that is not your father! Baby Luke, 11 months old, eyes up Vader Santa while dad Dillon smiles for the camera at Toy Traders fundraiser Saturday.

Casen, 7, interacted with R2D2 as did many who were entertained by the life-sized robot.

Deadpool meet Jr. Deadpool. Clearly, there were some fans just as excited to see the guy in red as Vader Santa. 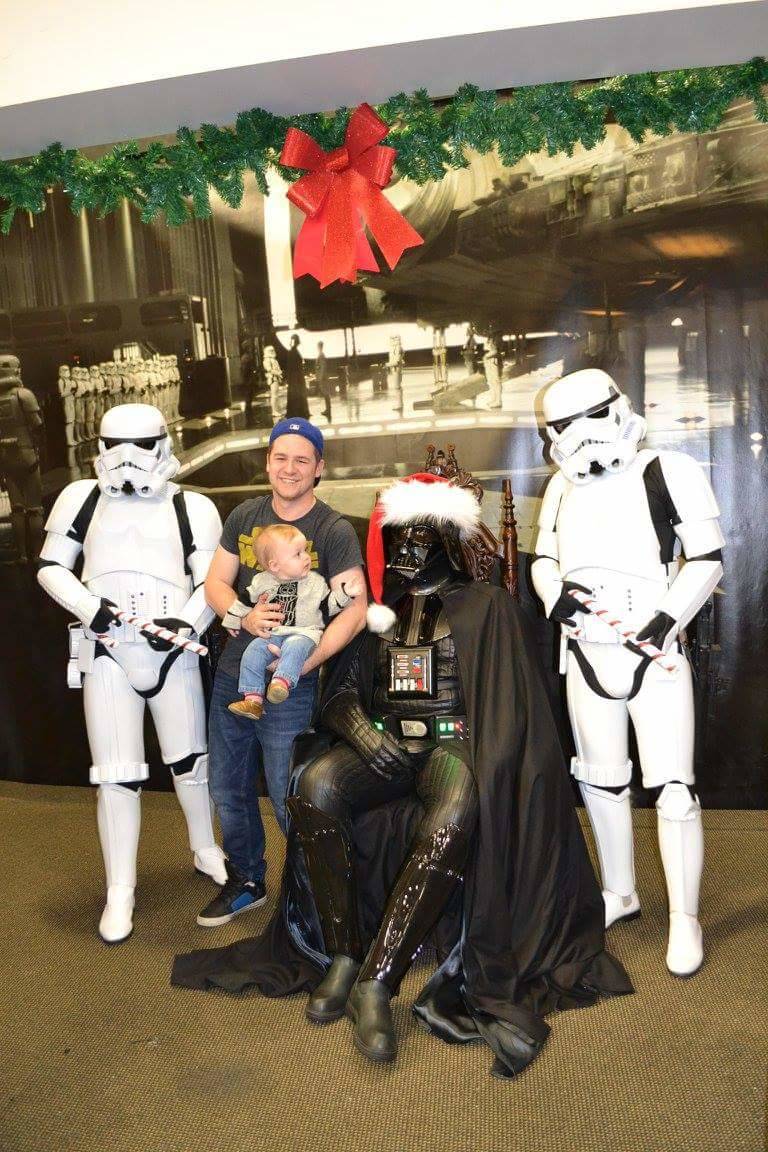 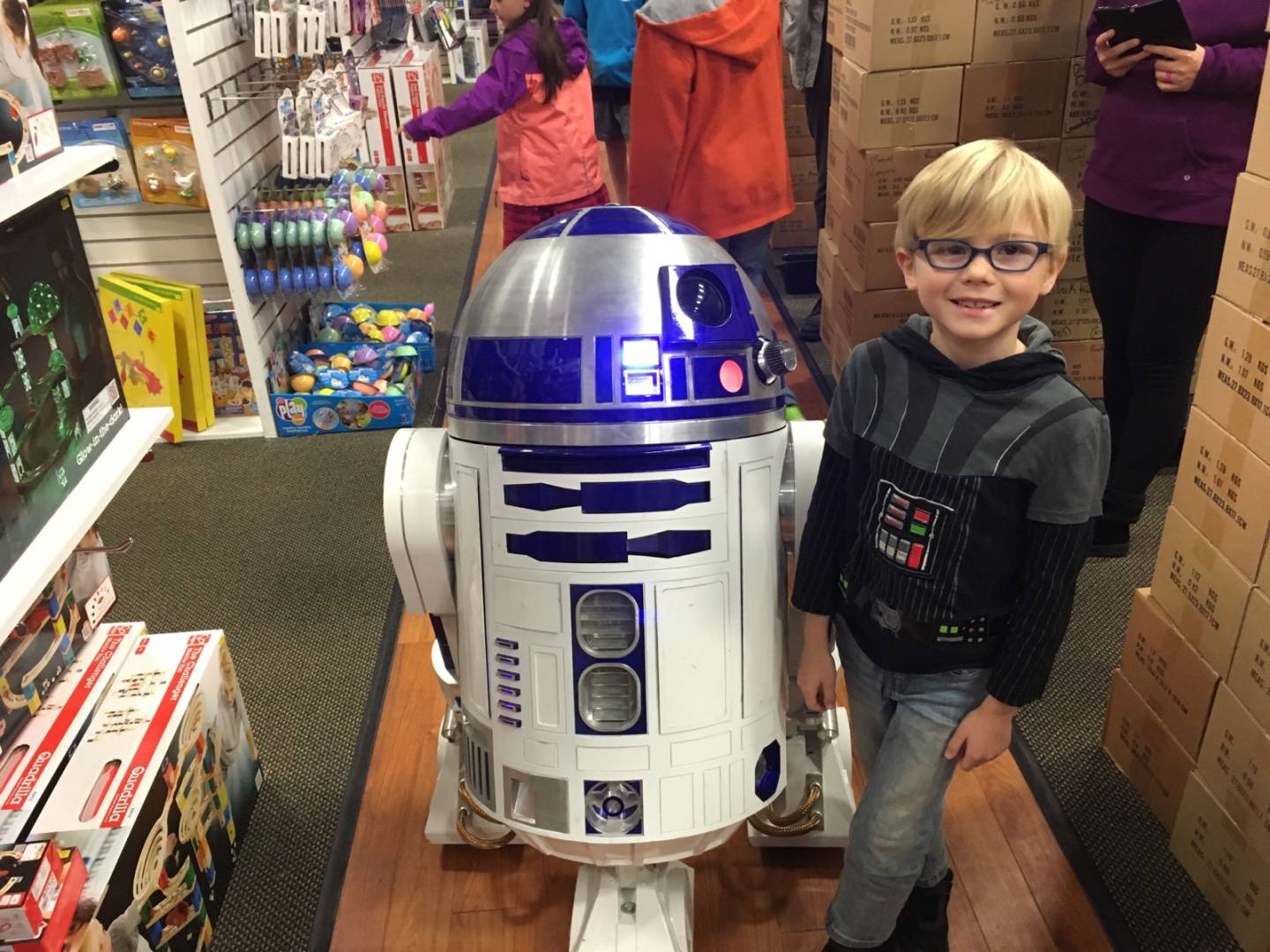 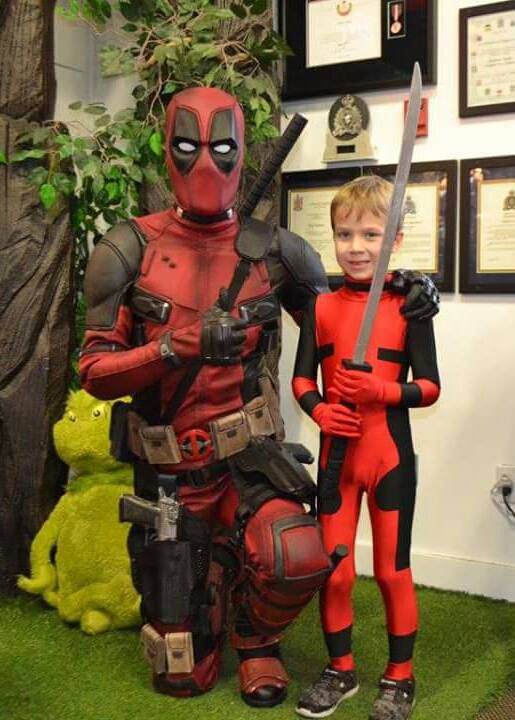 Christmas event in Langley brings clean water around the globe