Since the Terry Fox runs began, the Langleys have collectively raised $355,000 for cancer research, according to figures released by The Terry Fox Foundation.

Those amounts don’t include funds raised by local schools and other groups.

In the 38 years since Terry Fox set out on his Marathon of Hope, over $750 million has been raised by hundreds of thousands of participants across Canada.

The foundation has made a public appeal for volunteers to help with the 38th annual Terry Fox Run, which is taking place this year on Sunday, September 16.

Donna White, British Columbia and Yukon Provincial Director of the Terry Fox run, said the volunteers are “a human chain linked by a common purpose – to make a positive difference in the fight against cancer.”

People interested in volunteering can learn more at http://www.terryfox.org/run/ or contact the regional office at 604-464-2666, or email Serena Meister, Recruitment and Promotions Assistant at serena.meister@terryfoxrun.org.

There were 228 participants in the Langley City run last year, about the same as before, but they managed to raise a total of $13,801, or about $2,000 more than the previous year.

Achieving that result required 50 volunteers, who began setting up for the 10 a.m. start at 7 a.m.

After losing a leg to cancer, Terry Fox began the Marathon of Hope in 1980 to raise money for cancer research, saying if each Canadian could contribute just a dollar, millions could be raised to fight cancer.

People in over 60 countries now take part in what has become the world’s largest one-day fundraiser for cancer research. 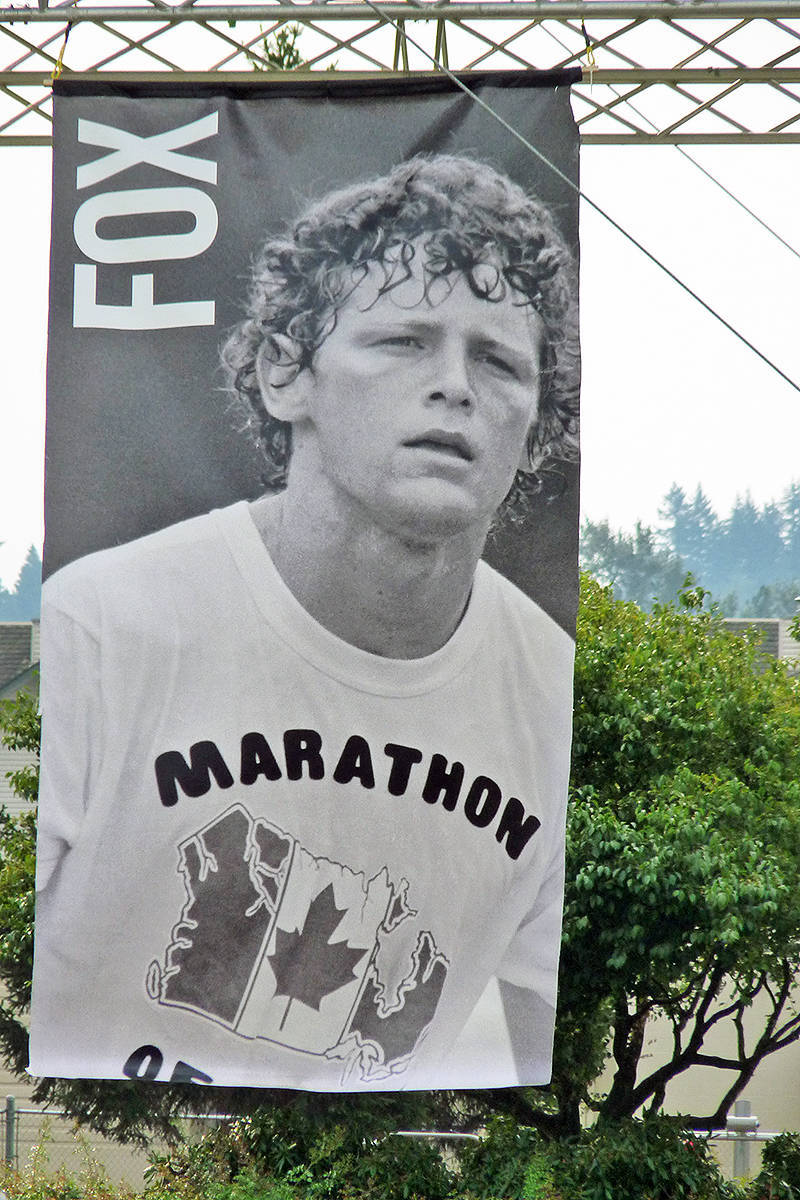 An image of Terry Fox greeted participants in the annual Langley City run in 2017. File photo

More than 4,300 pounds of garbage collected during Clean Up Langley Day