Squeaks and squeals are heard almost every two hours – like clockwork – coming from Diane Marsh’s bathroom.

This young piglet and his fellow litter mates, as well as their mom Lulu, were first brought to the public’s attention at the end of August, when the Happy Herd animal sanctuary in Aldergrove was facing some unachievable vet bills to care for the potbellied pigs.

Back in June, Happy Herd foster two half-sister Vietnamese pot-bellied pigs with assurances the year to year-and-a-half-old pigs could not be pregnant.

And on Aug. 18, much to the surprise of farm owner Diane Marsh, Lulu gave birth to a litter of piglets.

When Marsh discovered the litter early that morning, there were four little pigs running amuck in the barn. A fifth was a tiny still pig thought to be dead.

Not the case. He was very much alive and was quickly named Garth – the middle name of the vet who has been caring for this pig family.

Sadly, mom required surgery because a still born piglet was still inside and she was suffering from mass infection.

Since her surgery, Lulu has recovered well, and was back feeding most of her babies two days later, Marsh said.

“We’ve struck gold with these guys,” Marsh said. “They just so want to live.”

Garth, still too small to live with his larger siblings, has been living in the Marsh house since those early days, fighting hard to survive and prosper – but it hasn’t been without hurdles, she explained.

A week ago, Garth (who is half to a third of the size of his siblings) had to undergo emergency surgery to address an intestinal hernia, Marsh explained.

“Again, we didn’t know if he would live,” she said. She was told that his size made survival unlikely, and Marsh was warned that pigs don’t typically do well with anesthetic.

“But, I’ve gotta tell you, he’s a fighter. He is doing so well… He’s catching up with the others. He’s really doing well,” said Marsh, giving credit to veterinarian Aaron Gibbons of Langley Animal Clinic for saving her newest family member.

“If it weren’t for him, they wouldn’t be alive… He’s gone above and beyond when it comes to a vet,” she added.

The entire pig family will live out their lives (which average about 15 years) at Happy Herd.

They join about 80 other animals, everything from chickens, ducks, sheep, goats, turkeys, cows, and a donkey, that will live out their life at the Aldergrove farm.

“They will all stay with us,” Marsh said, although some new housing will have to be constructed in the weeks to come to hold Lulu and her family.

Garth has had his name for weeks, but his siblings were just named Friday.

Wee Willy is the smaller of the four other piglets. Monroe has a dot on his face like Marilyn Monroe. Moby was named after a well-known vegan singer and activist who has share pictures and video from Happy Herd (Marsh said she’s hoping the performer might one day visit the farm). And the last piglet was named Bif, after Bif Naked, another popular local singer and known vegan, who has been a supporter of the animal sanctuary. 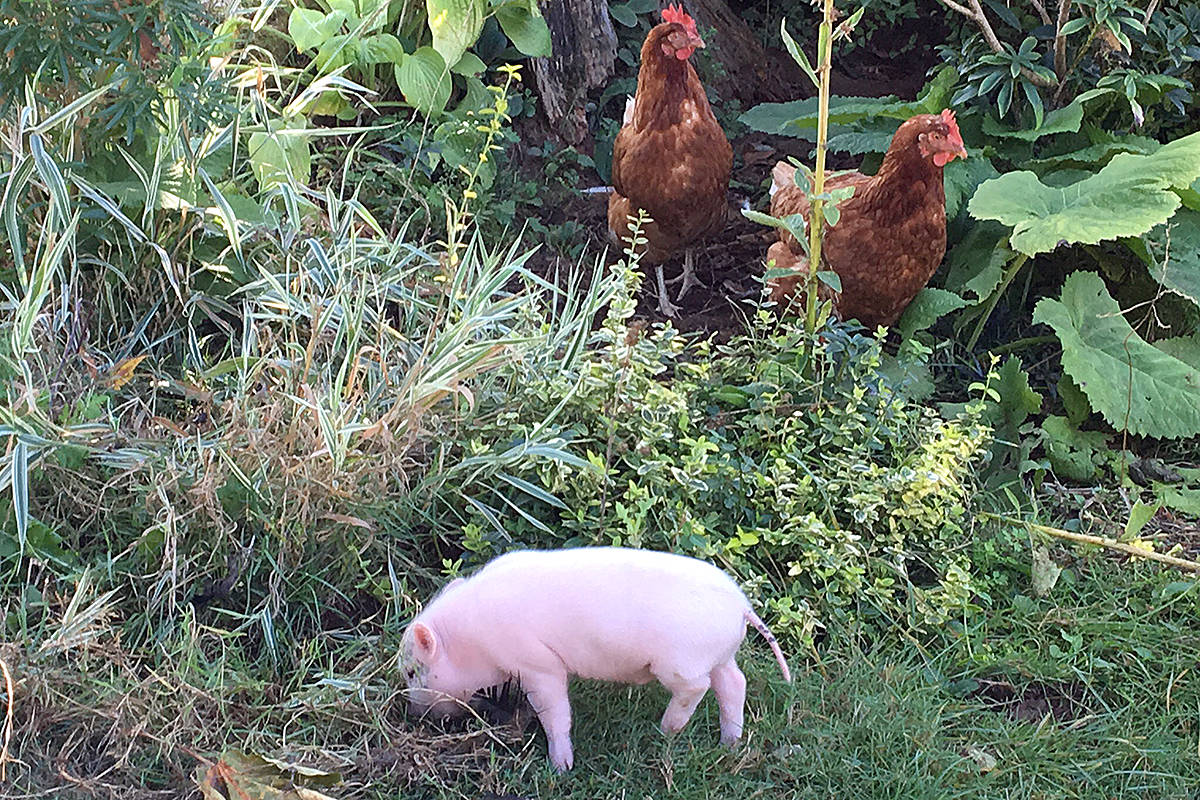 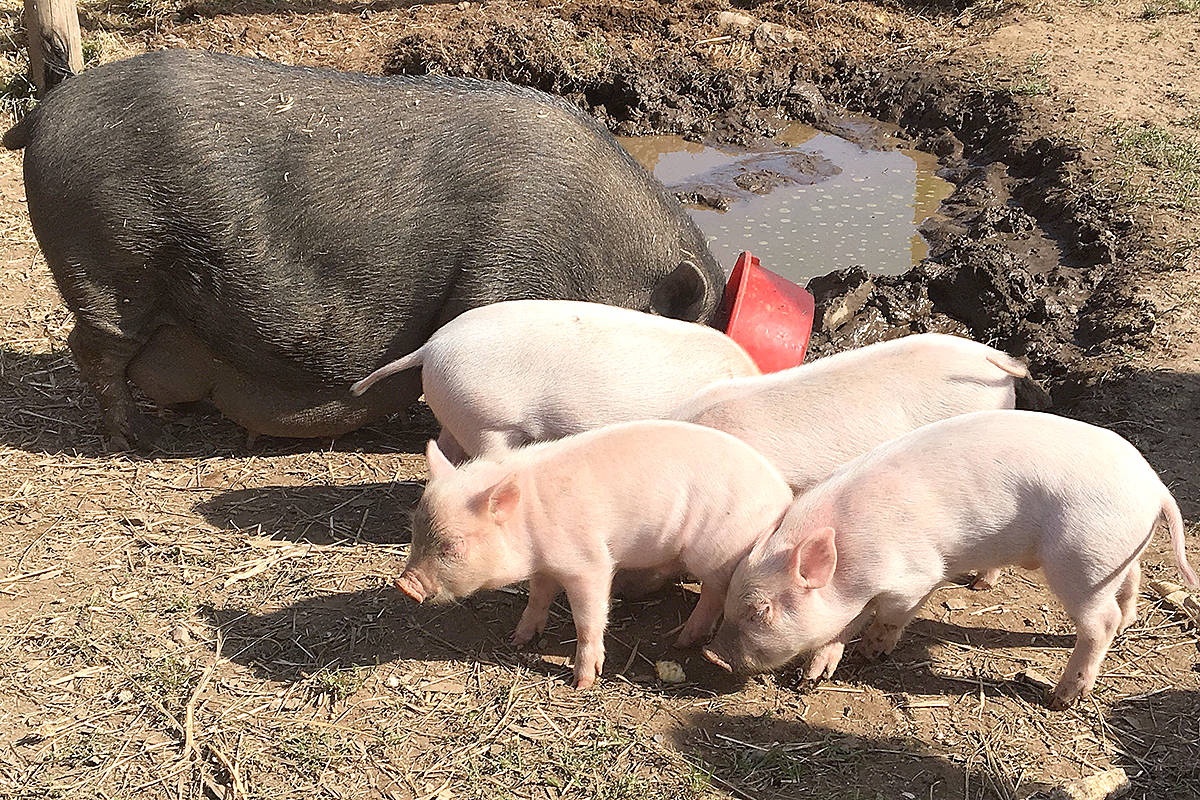