Eversafe Ranch Thrift Store, a Cloverdale institution that has helped countless residents since it opened six years ago, will close its doors for good this December.

Judy Daser and Judith Ogden run the thrift store to help those who need help. They clothe the homeless, they furnish the apartments of women and children moving out of women’s shelters, and they give Christmas presents to families who can’t afford to put gifts under the tree.

It is a charity thrift store that puts everything it makes back into the community. They were already struggling to make rent when they received a letter in the mail, stating that their rent was going up an extra $2,000 a month.

Neither Daser nor Ogden harbour any ill feeling towards their landlord. “That’s their business,” said Ogden. “And if we could have afforded it, we would have stayed.”

“It [already] takes a lot of sales to make up our expenses, and there’s no point in doing this if we can’t help families,” said Ogden.

After receiving the letter, Ogden and Daser then began to look to various vacancies in the downtown Cloverdale area, but had no luck in finding a space. Not because they didn’t find one that was priced right, but because they found out that thrift stores were unwanted.

“It’s hard for us to move,” said Ogden. She explained that they had looked at moving into some of the empty storefronts in Clover Square Village, but that they “don’t allow thrift stores in there.”

“We tried a couple places in here [downtown Cloverdale] as well, and they also said no. They don’t want a thrift store,” said Daser.

The Eversafe Ranch charity thrift store will be missed dearly by community members like Marianne Dumay, who works as an Inner City Worker at the Cloverdale Learning Centre.

“Many of our students, now graduated or currently attending, so many have benefitted from that store,” said Dumay.

Over the years, the thrift store has helped students find clothes for interviews or work, they funded the ingredients for the school’s breakfast and lunch programs, they paid out of pocket to give graduation dresses to students, and much more.

“They have an open door policy for students living independently,” said Dumay.

If they see a student without proper winter clothes, they’ll extend a hand to offer winter boots and a jacket. And it’s not unheard of for the store to buy out all of the CLC’s bake sale fundraisers, bring the goods back to the store and give them out for free to people who come by.

“They showed up one time with three $100 gift certificates to Willowbrook Mall. There were some students having financial difficulties, and they wanted them to have new clothes for Christmas.

“That’s the kind of people they are,” said Dumay.

The beginning of Eversafe Ranch Thrift Store was simple.

“Well, we just decide we should open a thrift store one day,” said Ogden.

“We used to do garage sales to make money to help families, and then we got so much stuff we didn’t know what to do with it. So we thought, why not open a thrift store?”

The garage sales, fundraisers for Eversafe Ranch Outreach Society, were how Ogden and Daser met. Daser had started the charity with her husband Alan in 2008. By 2011, Daser and Ogden had the donations they needed to start the thrift store.

When asked what they’ll miss most, Daser and Ogden said it would be the people that visit their store.

“Some crazy people,” said Ogden. “But then they became our friends.”

“The biggest thing that I’ve learned is not to judge,” said Ogden. “You never know a person’s circumstances, where they’ve been and where they’re going.”

December 22, the store’s last day, will be a sad one for both Daser and Ogden. But for now, they have work to do and people to help.

If you want to drop by the thrift store to say hello, or goodbye, they’re located at 5641 176A Street in downtown Cloverdale. 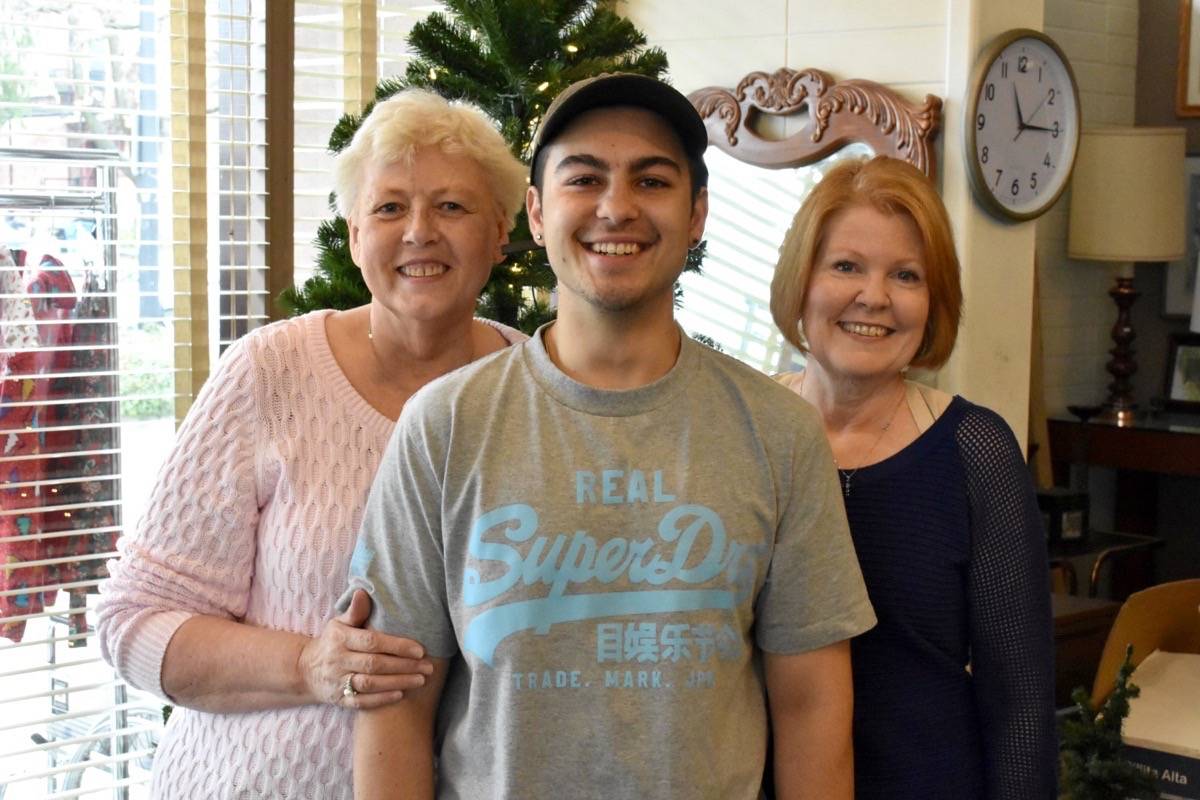