Riccardo Sestito eyes bugged out and his heart started palpating when he caught a glimpse of a blue 1968 Ford F250 sitting across the parking lot from him at the Langley Good Times Cruise-In inaugural swap meet and car corral.

Memories – most good and a few bad – flooded back as the Cruise-In president recalled being a teenager and driving everywhere in his pickup truck.

For a split second, he wondered if it was actually his old truck. It was pretty much identical, he said getting a closer look at it and instantly being transported back in time.

“It looked identical to the truck I used to have.”

Sestito knew he had to have this one – it was a mirror image of his own from back in the 1980s.

There was a line up of collectors hankering to buy the truck, but after talking with the seller, offering absolute assurances he would never restore or modify the truck, and agreeing to pay full asking price of $2,100, a handshake sealed the deal.

There was just one caveat, Sestito had to take all the miscellaneous automotive parts in the bed of the pickup. He never wanted the parts, but jokes that he’s still selling off some of those pieces today.

Sestito also confirmed he still has that truck – even though he’s bought and sold a few other collector vehicles through the years. He has no intentions of getting rid of it.

Sestito and other Cruise-In directors are in the process of organizing this year’s car show – happening Saturday, Sept. 10 in Aldergrove. They’re also coordinating the swap meet and car corral for the subsequent day – Sunday, Sept. 11.

The outdoor sale boasts at least an acre of custom and collector cars and parts to restore them, as well as a selection of other old treasures, Sestito noted.

Personally, he has walked away with everything from gas and oil signs, old radios and telephones, pop machine, automotive clocks, pedestal ashtrays, and cigarette machines – plus lots of other trinkets he’s forgotten about or resold.

All these types of items, and much more, are expected to be up for grabs at this annual swap meet, he said.

“If you’re looking for it, you’ll find it there,” Sestito said, once again vowing he’s not going to buy anything this year.

“Oh hell, who am I kidding. I always walk away with something,” be it a car or a treasure for his workshop.

Digging deep into his memory banks again, Sestito recalled the start of the swap meet some eight to 10 years (likely 2006) into Cruise-In, which started in 1997. The swap meet replaced what was once a popular Sunday chili cook-off held at the airport.

Held on the grass at the Langley Regional Airport, before more aviation hangars were constructed, this event drew thousands – mostly car enthusiast (spectators and registrants from the Saturday car show) who came to town for the entire weekend. Hundreds would take part in the Friday night cruise that would depart downtown Langley City and meander through backstreets of the community, east to the Twilight Drive-In theatre in Aldergrove. Then, of course, everyone was part of the Cruise-In all day Saturday. And most, Sestito recalled, would stick around for the cook-off on the Sunday.

After the cook-off ran its course, Cruise-In directors began casting around for different ideas to replace the Sunday event. They wanted something meaningful and enticing for the visiting car collectors. Something “fresh” that would also draw a crowd.

A swap meet and car corral was proposed and quickly resonated.

READ MORE: Then and now – a reflection of the ‘ever-evolving’ Langley Good Times Cruise-In

At the time, and to this day, there are few such events of this scale in the region – beside a large show each May at the Tradex and a bigger automotive swap meet held in Monroe, Wash. each spring and fall.

“Swap meets are fewer and far between now a days,” he added.

From its first year, held in the parking lot of Kwantlen Polytechnic University, the local swap meet was a big success, Sestito recalled. It grew year after year, at its peak attracting upwards of 100 vendors and a few thousand of shoppers each year.

When Cruise-In relocated to Aldergrove in 2017, a scaled-down version of the swap meet and car corral moved to the parking lot of the former Aldergrove Mall for a few years.

Last year, because the mall was fenced off in preparation for demolition, the swap meet was relocated to its new home at Aldergrove Community Secondary.

Despite being in a new location and dealing with rain, last year’s show still attracted a hundred or so shoppers, Sestito said. And he anticipates this year’s crowd will be much bigger.

“If word is still out there, and I think it is among the car community, then we should be pretty busy this time around,” he said, recounting how it used to be jam packed for about two or three hours in the morning. “It could turn into something big, again.”

The cost for vendors is $20 per parking stall, and admission for shoppers is a recommended $5 per person donation. As is the case with all proceeds raised by Cruise-In, the money generated all goes to charity.

For those looking to attend, Sestito recommends arriving early to find the best deals.

Vendors typically set up between 5 and 6 a.m., and the swap meet officially opens at 8 a.m. – but some people are clamouring to get in between 6 and 7 a.m.

“There’s some who are there before the sun is up, wanting to get a deal from guys still pulling stuff out of their trucks,” Sestito said.

Langley Good Times Cruise-In swap meet and car corral officially runs until 3 p.m., but Sestito noted prime time is 8 a.m. to 1:30 p.m., with a number of the vendors known for packing up early.

Public parking is at the community centre or on area streets. 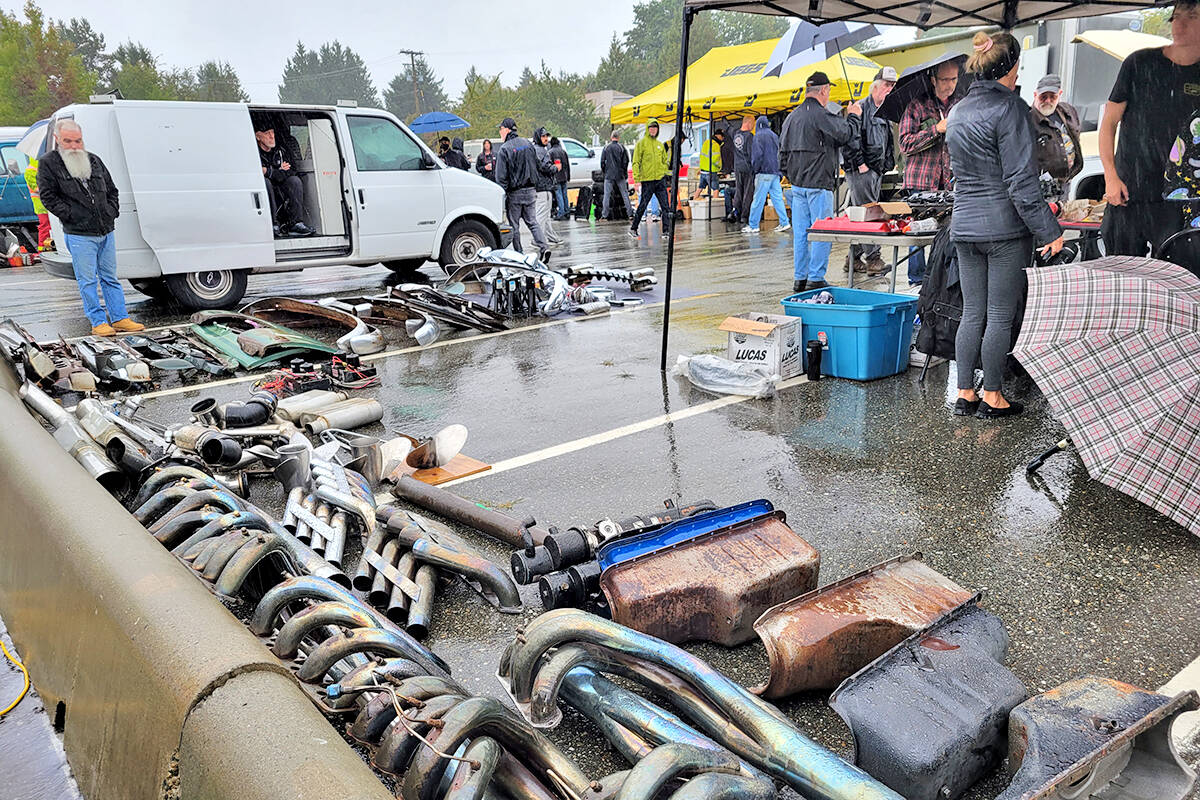 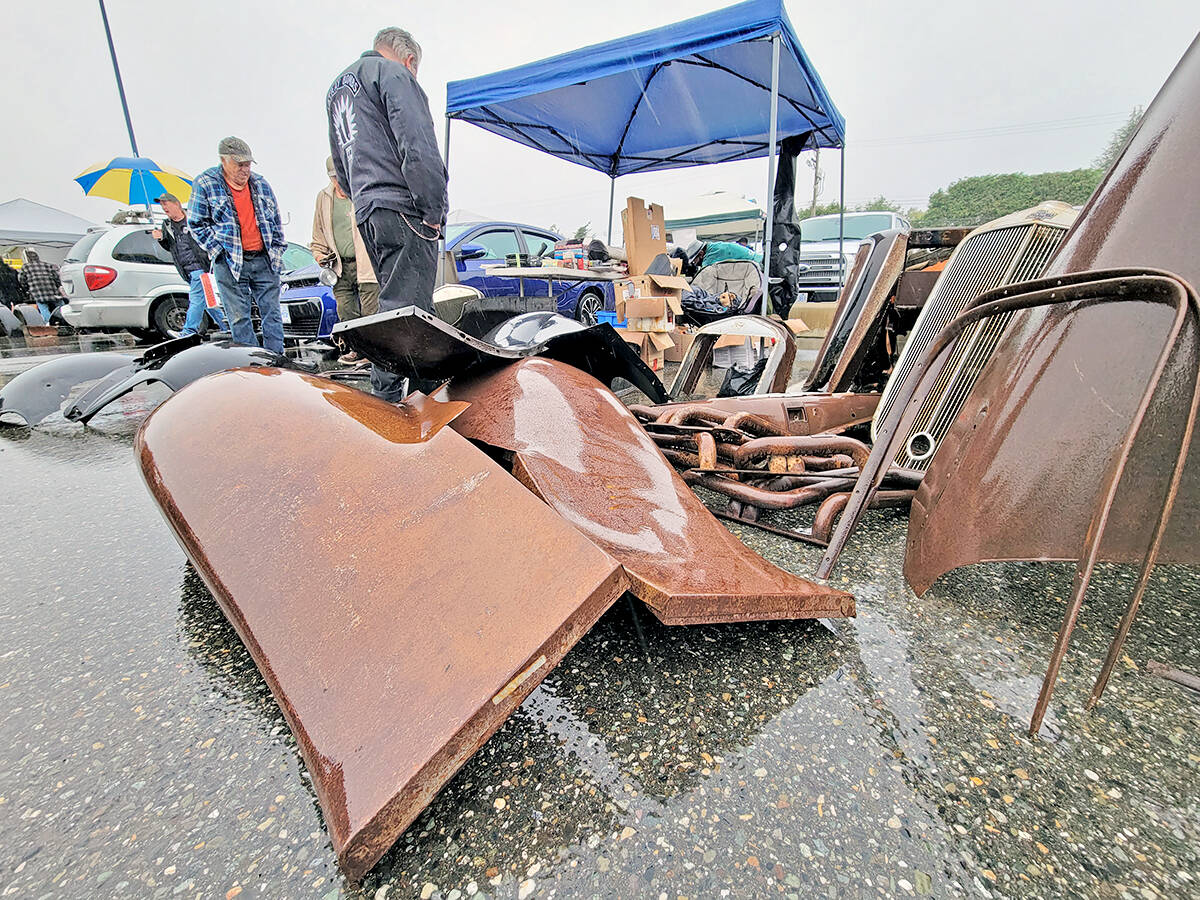 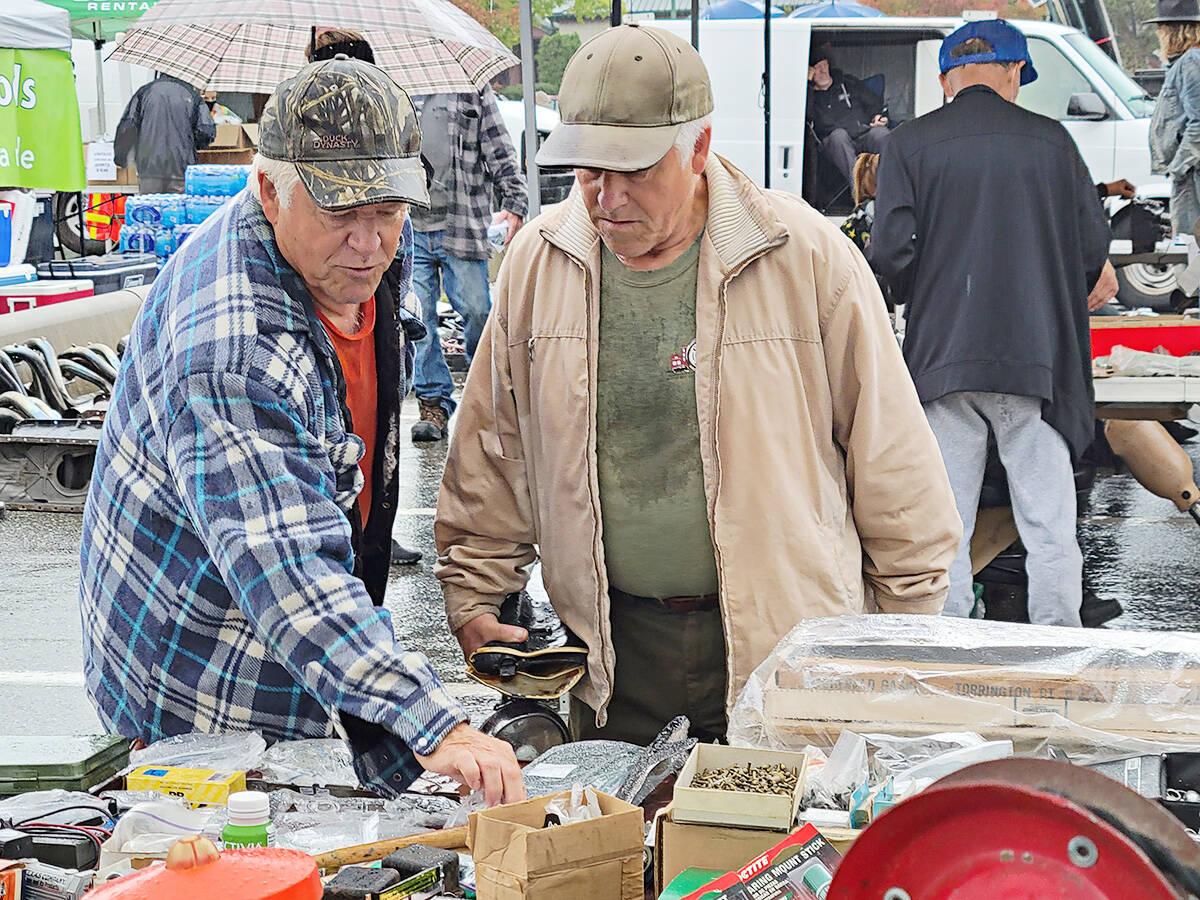 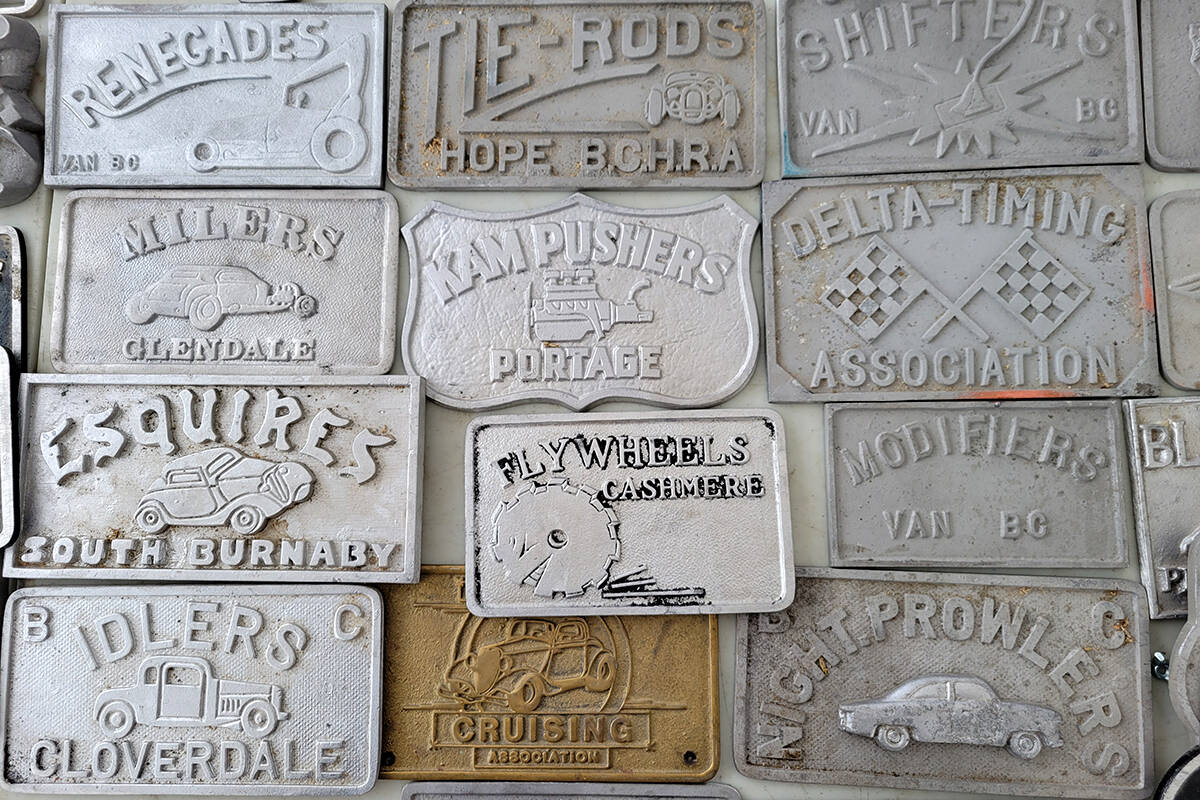