A few days after he turned 100, Dick Deck dropped by the Langley curling club rink at the George Preston recreation centre, where he was greeted by a Scottish piper and a standing ovation.

Was it a surprise?

“I didn’t know until they called me,” Deck remarked.

After some words of celebration, including best wishes from Township councillor Margaret Kunst on behalf of the mayor, he cut a birthday cake and had a slice.

Then, Deck was piped on to the ice at the club, where he took his shot, sending his rock straight down the middle to more applause.

Deck had been curling at the club until recently, his son Brian explained, but his dad’s balance isn’t what it used to be, so he doesn’t play any more.

Fellow club member Ken Lerner asked Deck when he was last at the club.

Lerner, 82, said Deck is one of a small number of players who has a lifetime membership, going back to the early days of the club.

“He was an originating member,” Lerner related.

On Deck’s birthday, Oct. 8, family and friends gathered at his South Langley home to celebrate, and those who could not attend connected via video conference.

There was a RCAF fly-past by two Cormorant helicopters from a nearby base. 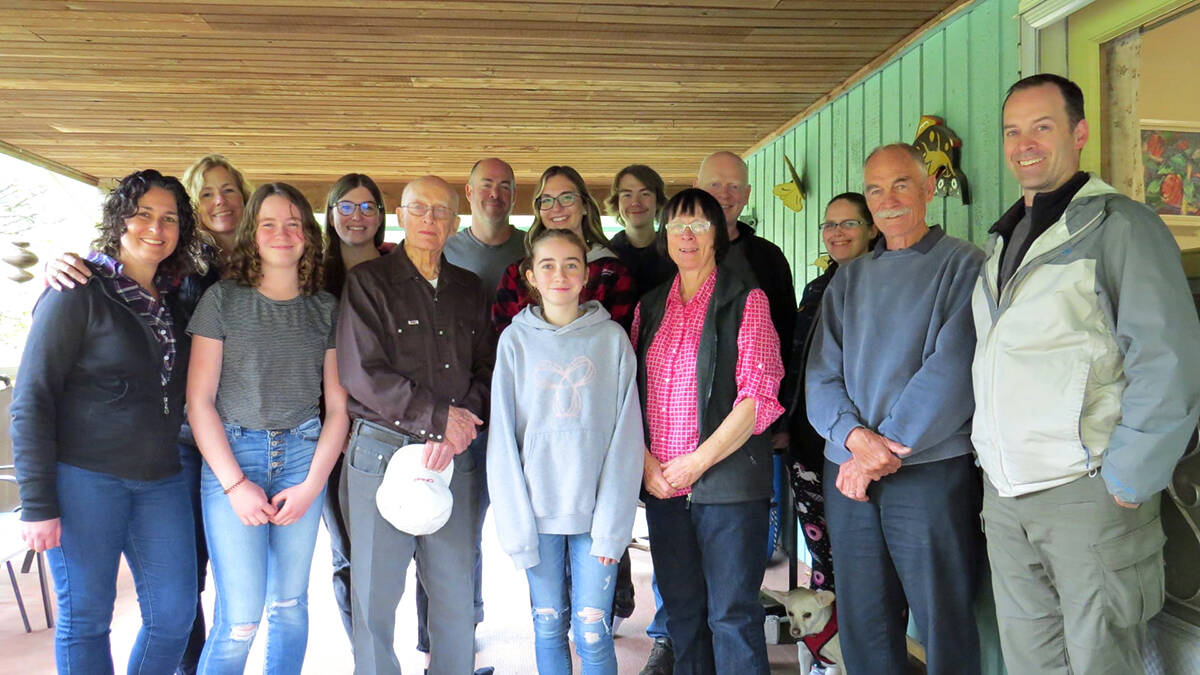 Dick Deck was surrounded by family and friends at his 100th birthday, celebrated Oct. 8 at the South Langley home where he has lived for decades.(Special to Langley Advance Times)

Deck, a bomb aimer who survived being shot down over Germany during the Second World War, usually leaves his many medals in a box, but wore them for the occasion.

He is expected to wear them again when he attends the Remembrance Day service at the Royal Canadian Legion in Cloverdale.