For Halloween, Aldergrove Business Association (ABA) has begun posting clues to the location of prize-worthy mini-pumpkins on its Facebook page at www.Facebook.com/Aldergroveba.

Locating the tiny pumpkins with the ABA stamp on the bottom means a treat for the finder, which varies depending on which pumpkin and what business is providing the prize, explained Sarah Murdoch, the Aldergrove Business Association vice president, who owns Toy Central.

The rules: all mini-pumpkins are being hidden in safe public areas, and will not be located inside businesses. There is a limit of one prize per person, and all mini-pumpkins must be returned to Toy Central at 2993 272nd Street within two business days.

It’s the lead-up to the ABA’s “Trick or Treat the Town” on Halloween, Monday, Oct. 31, an event which will brings local Aldergrove businesses together to provide kids with a memorable experience. 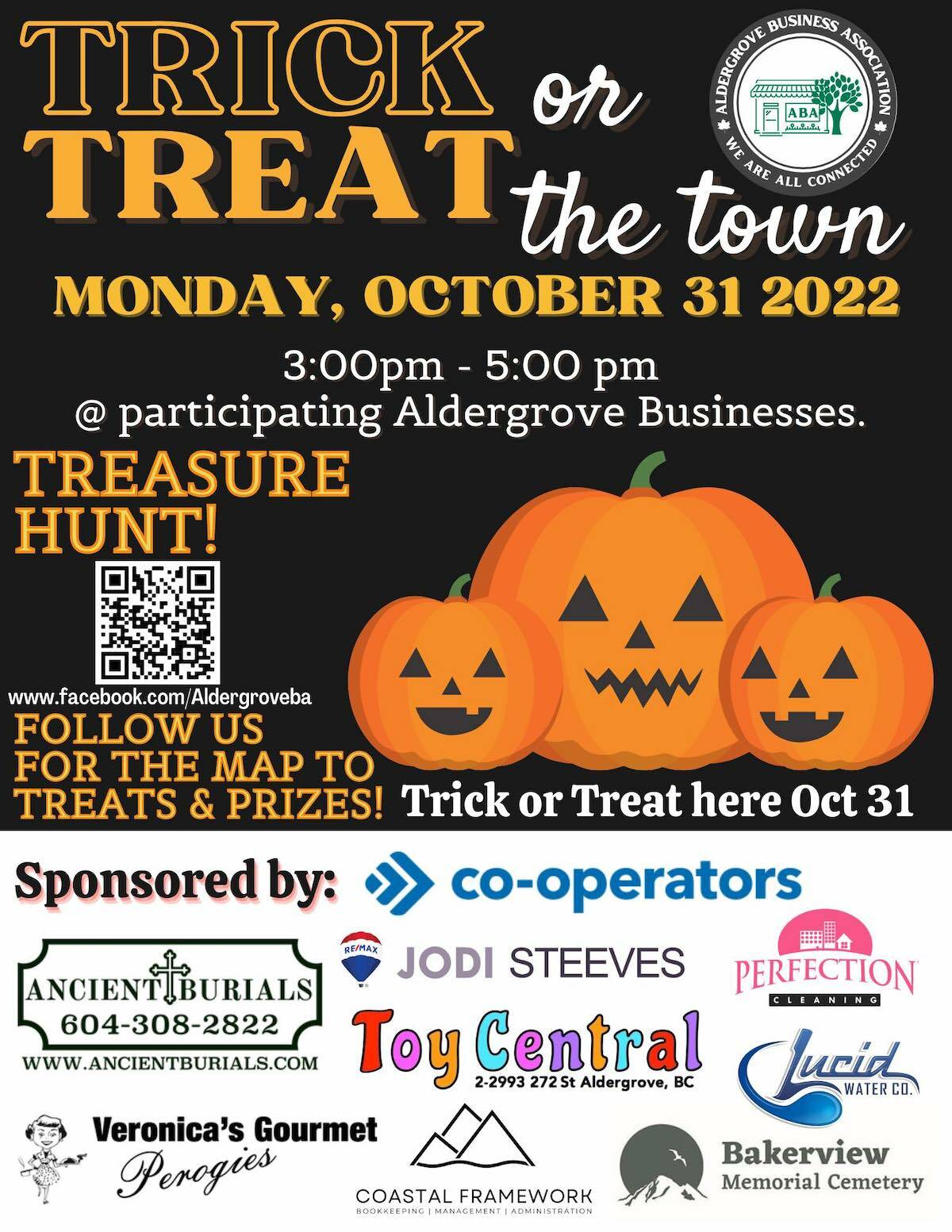 “We are putting on this event to get people out and back into the community, as we work to get some awareness around the local businesses and have some fun with trick or treating,” Murdoch said.

From 3 p.m. to 5 p.m. on Monday, local kids will be able to go around and trick-or-treat at local businesses that have signed up. “You’ll know they’ve signed up by finding one of the flyers in the window or we’ll have it posted to our Aldergrove Business Association Facebook page,” Murdoch said.

Some Aldergrove businesses have already revealed what they will be distributing

It turns out the event will also benefit a smaller trick or treat initiative, with 10 kids from the Aldergrove Daycare Centre making the rounds of selected businesses earlier in the day.

The Centre’s Bailey Kobayashi explained they had to change their plans.

“In the past we have participated in trick or treating at Jackman Manor, however due to the pandemic, our usual Halloween plans have been cancelled,” Kobayahsi said.

COMMUNITY CALENDAR: Lots to do around Langley