A new venue brought with it a bigger turnout for the second annual Mayor’s Charitable Gala fundraise in Langley on Saturday night (Sept. 14).

Held at the StandardAero helicopter facility at the Langley Regional Airport, the event, which raises funds for the Township of Langley Firefighters’ Charitable Society (TLFCS), drew an estimated 650 people, an increase of 100 from the first year, when the event took place at Darvonda Nurseries.

That event raised $856,000, of which $600,000 went to Langley Memorial Hospital Foundation towards the ER Response Campaign.

It was due, in large part to a half-million-dollar donation earmarked for LMH given during the gala by Ann Blaauw – who also contributed a further $250,000 to the firefighters charity.

This year, the majority of the money raised was to go for the Langley Hospice Society and its new 15-bed residence being constructed just north of the hospital.

Two days before the event, the main hangar space at StandardAero was completely cleared of aircraft and maintenance and repair equipment by the company, leaving it a huge open space for volunteers to transform.

For $250 for individual tickets and $2,000 for a table of eight, attendees were treated to dinner, a live and silent auction, and entertainment throughout the night.

There was, again, a chance to win a fire truck load of wine.

Whether the increased attendance will result in a bigger donation total won’t be known until Monday when the final tally was expected.

Mayor's gala fundraiser is about to get underway in Langley. pic.twitter.com/WKfJAx1JYg 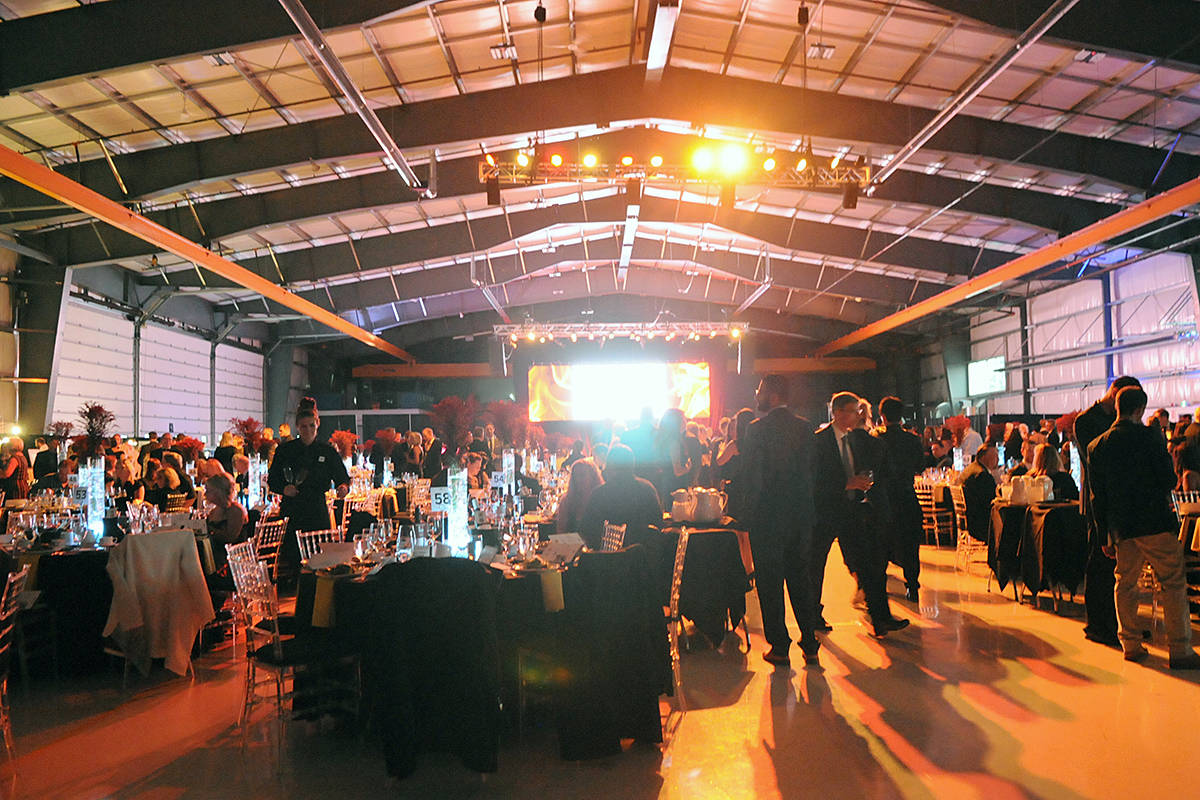 Organizers reported just over 650 people bought tickets to the gala held at the StandardAero helicopter facility this year, an increase of 100 from the previous year. (Dan Ferguson/Langley Advance Times) 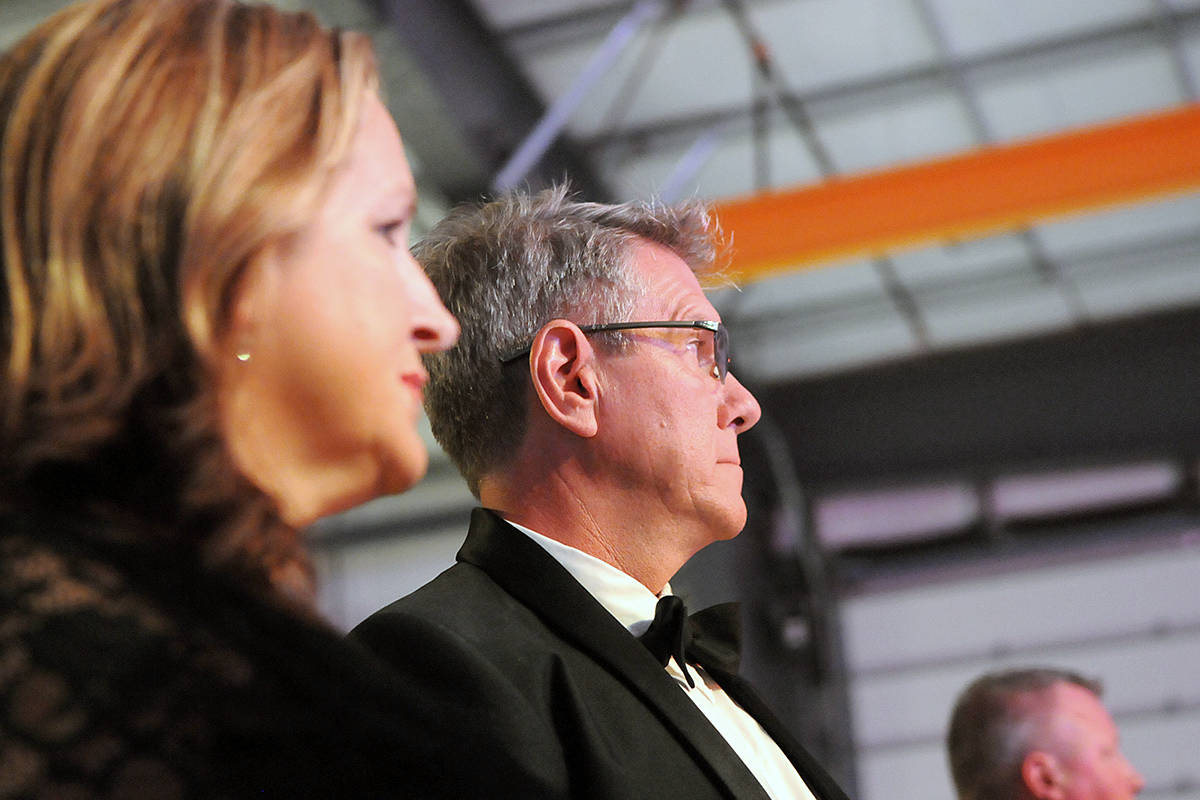 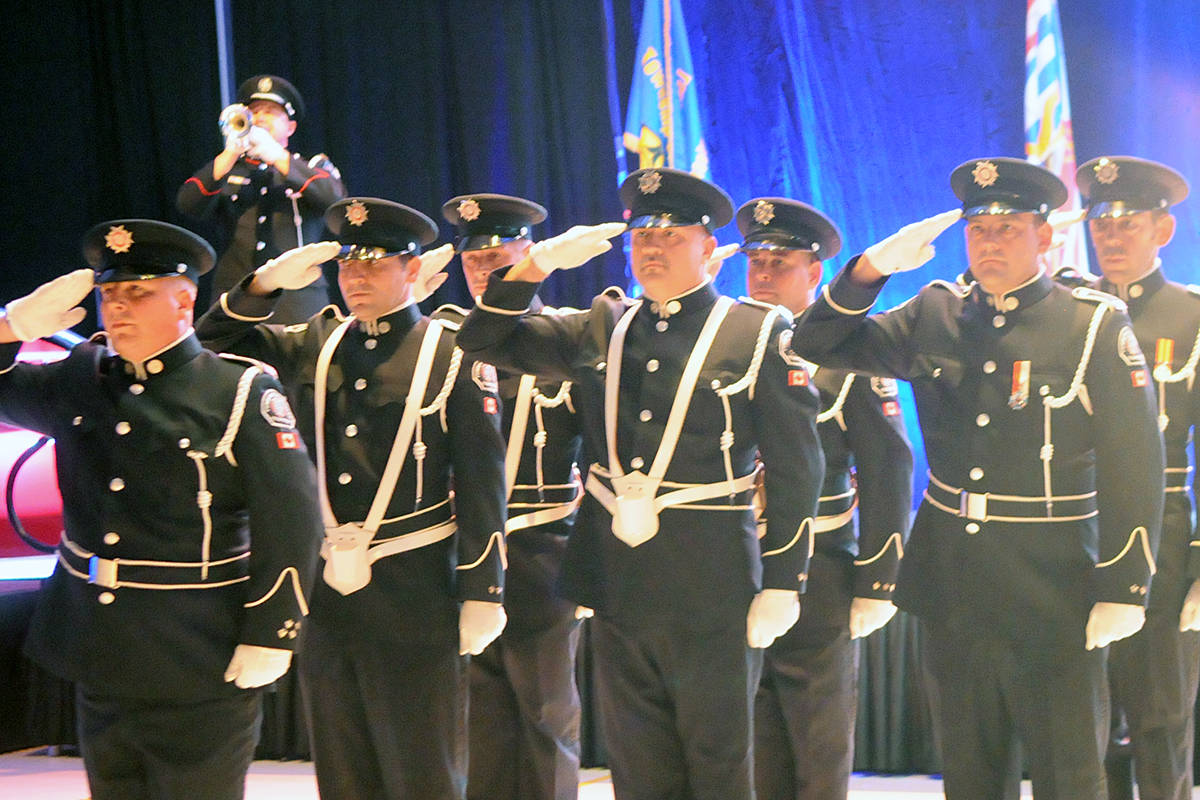 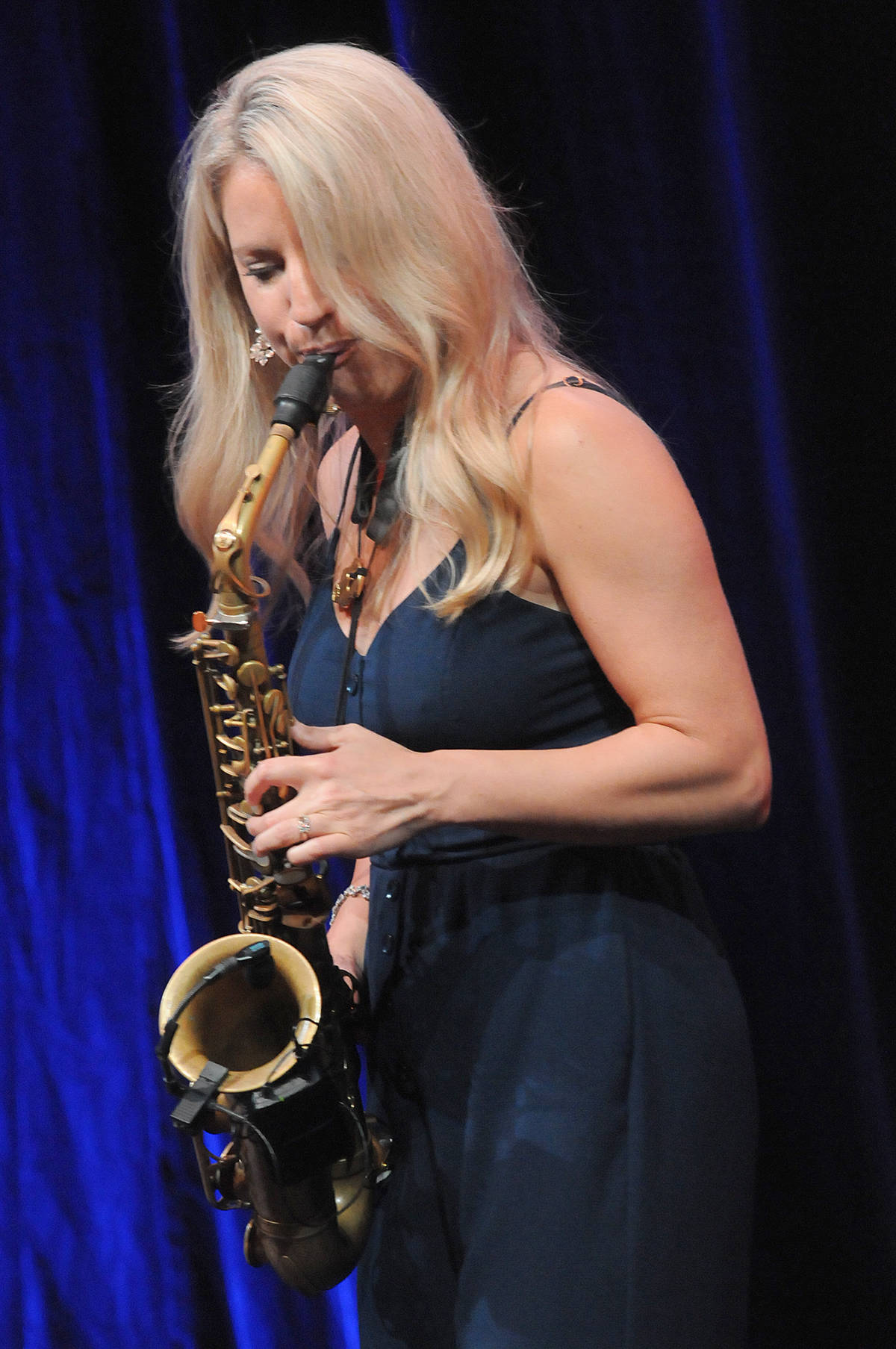 Take a bite out of Heritage Apple Day