The City of Langley took the wraps off major improvements to Douglas and Linwood park playgrounds with their official opening on Tuesday.

The Douglas Park playground was about 20 years old and in need of a update, said Geoff Mallory, Manager of Parks Operations, Parks and Recreation.

“It was well past its prime,” Mallory said.

The new facilities, built and installed by Habitat Playground, feature an adventure-style experience with plenty to climb and twirl and slide upon, including new features like an enclosed spinner platform that can accommodate dozens of children.

For the first time, a number of the playground elements are wheelchair accessible.

The ground where the new equipment was installed has been covered with splinter-free engineered wood chips, which provide a more shock absorbent landing than the “old-school” sand that used to be there, Mallory explained,

Only a poured rubber surface is rated better, Mallory said.

The overhaul cost about $200,000 for Douglas Park and $230,000 for Linwood Park, which added an extra, a zipline that allows transfers from wheelchairs.

The City has also launched a program of permanently installed Live 5-2-1-0 Playboxes at five park locations to encourage families to be active and to actively play outside. Douglas Park, City Park, Linwood Park, Penzer Park and Brydon Park users can access games, activities and sports equipment such as skipping ropes, hula hoops, Frisbees, basketballs, volleyballs, soccer balls, pickle balls, and table tennis from dawn to dusk every day of the week.

Families can sign up and receive the access code to unlock the boxes for free by contacting the Recreation, Culture and Community Services department at recreation@langleycity.ca or 604-514-2940.

Users are reminded to return the equipment and lock the boxes when done.

The boxes, designed to promote healthy play time for children and families, are part of the Live 5-2-1-0 program which is an evidence-based message promoting four simple guidelines for raising healthy children: five vegetables and fruits a day, no more than two hours of screen time each day, one hour of physical activity every day and zero sugary drinks.

The program is in partnership with Fraser Health, Langley Early Years Centre, and SCOPE BC (Sustainable Childhood Obesity through Community Engagement), an initiative of B.C. Children’s Hospital, and donated boxes from KMS Tools, Langley City

“The goal is to remove any barriers for families and caregivers to be active and to encourage more families to play outside,” said recreation supervisor Karlo Tamondong.

Tamondong said the concept was initially introduced to the Lower Mainland and Fraser Valley by Abbotsford, with Surrey, Coquitlam and Maple Ridge following suit.

“Live 5-2-1-0 Playboxes is one of the many initiatives the Recreation, Culture and Community Services department is working on to accomplish the quality of life (goal from) our 2017-2021 Strategic Plan. “ 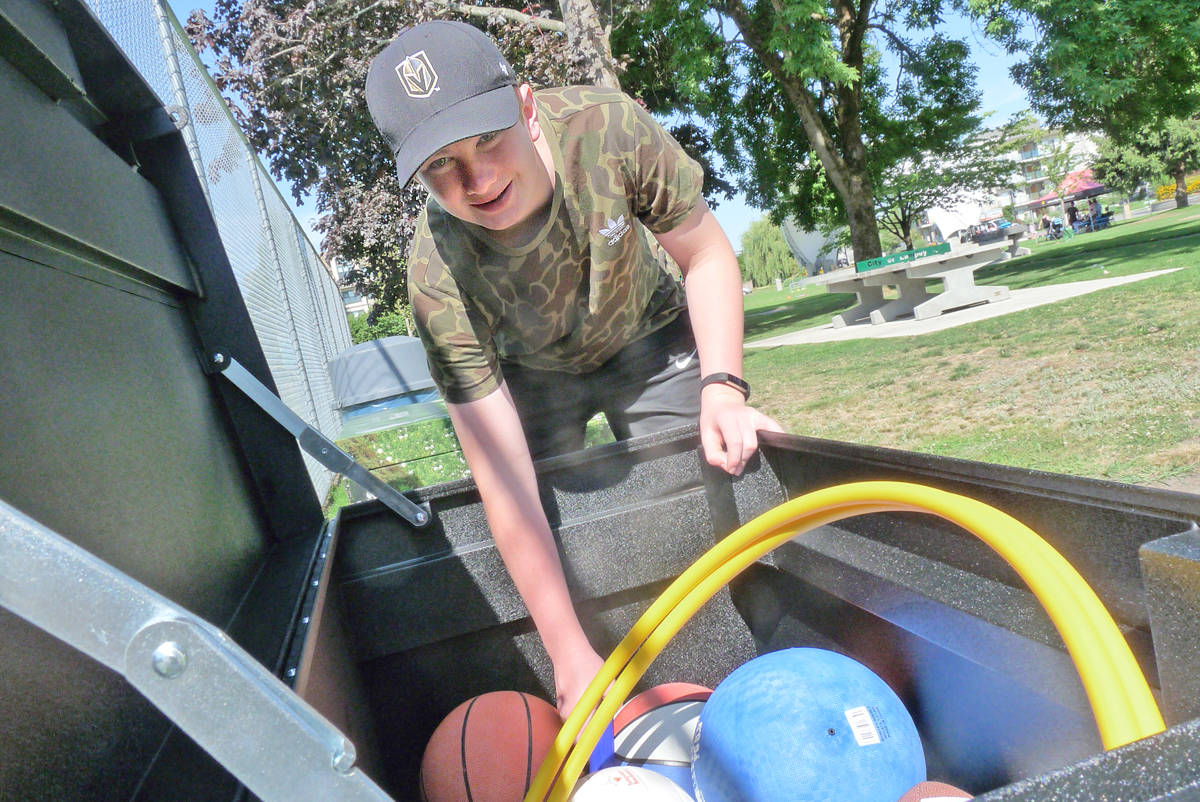 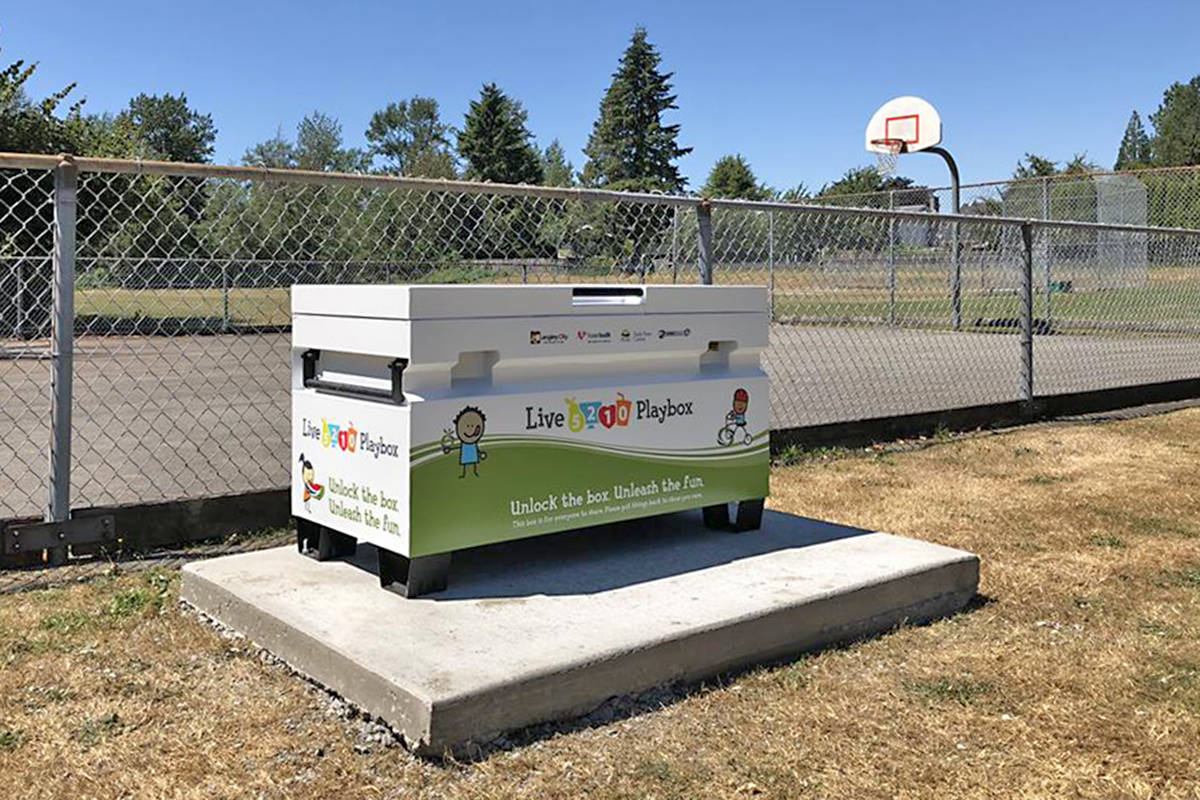 One of the Live 5-2-1-0 Playboxes at five park locations in Langley City. Supplied 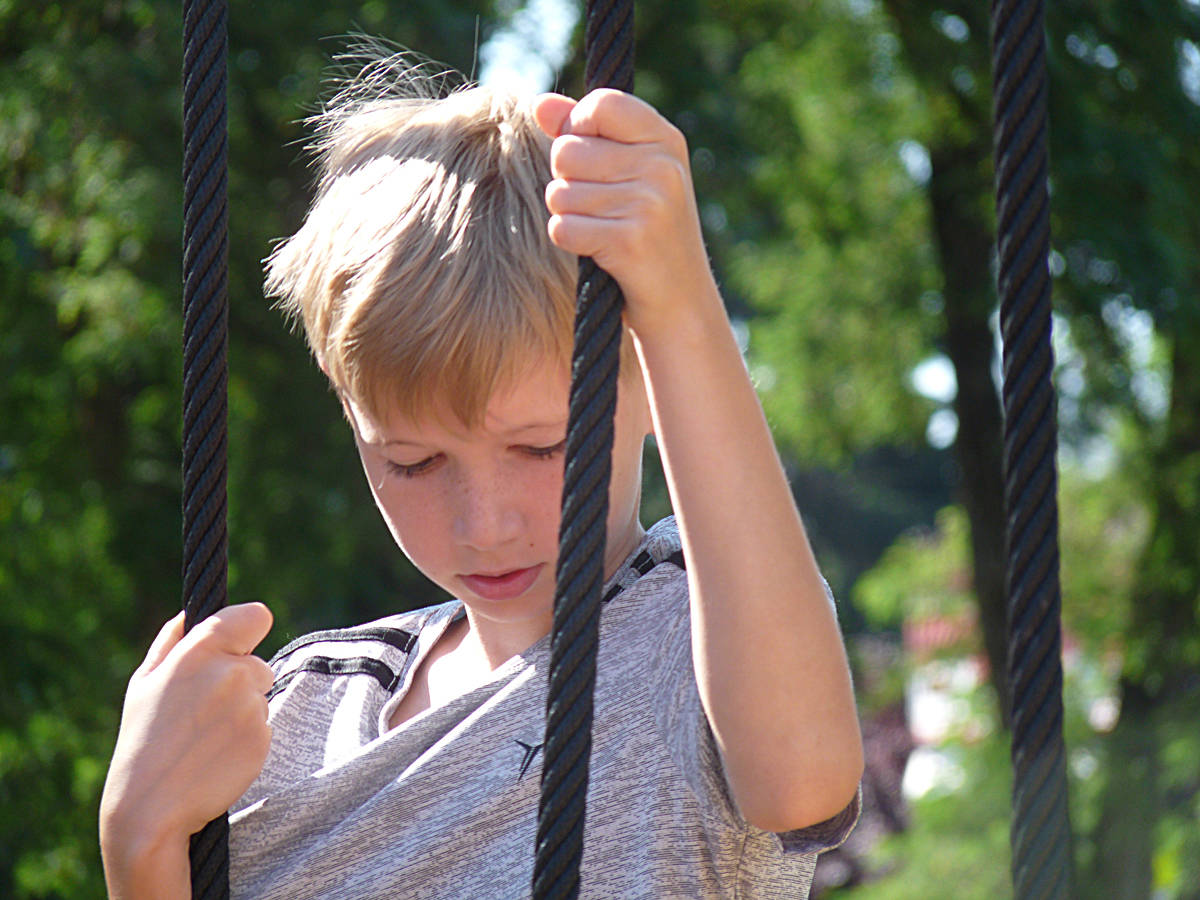 VIDEO: A “very warm” Granfondo forecast for Langley and area