Former Otter Co-op grain silos that were once used to unload grain from trains for sale to local farmers have been torn down next to the rail track at Glover Road and Crush Crescent – where they stood for close to 60 years.

According to Township of Langley records, a demolition permit was issued on Nov 28, to Smith Bros & Wilson BC Ltd. – a Surrey-based contractor – “for the purpose of demolishing grain silos and a shed, without any ground excavation/disturbance.”

The contractor was working for Southern Railway of B.C., which leases the land. 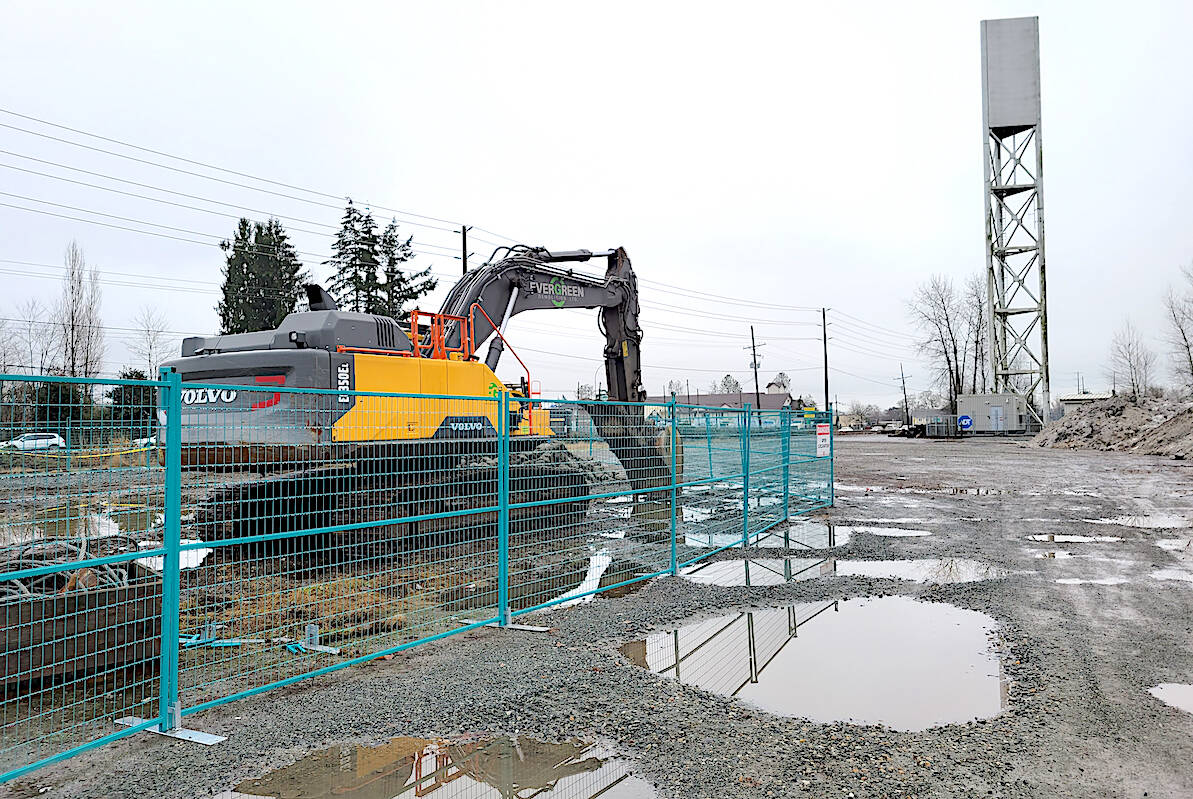 On Sunday, Dec 12, excavators and a fence occupied the space where the former Otter Co-op grain silos were located. A cell tower can be seen next to the property. (Dan Ferguson/Langley Advance Times)

Artist Wendy Brunet, who painted a pastel rendering of the sturdy-looking grain silos in 2020, was “disappointed and deflated” to see them gone.

“I think we know that not everything can be preserved, but that should have been,” Brunet insisted.

“Soon, all that makes Langley interesting and unique will be lost and we will be stuck with nothing more than townhome sprawl,” she said. 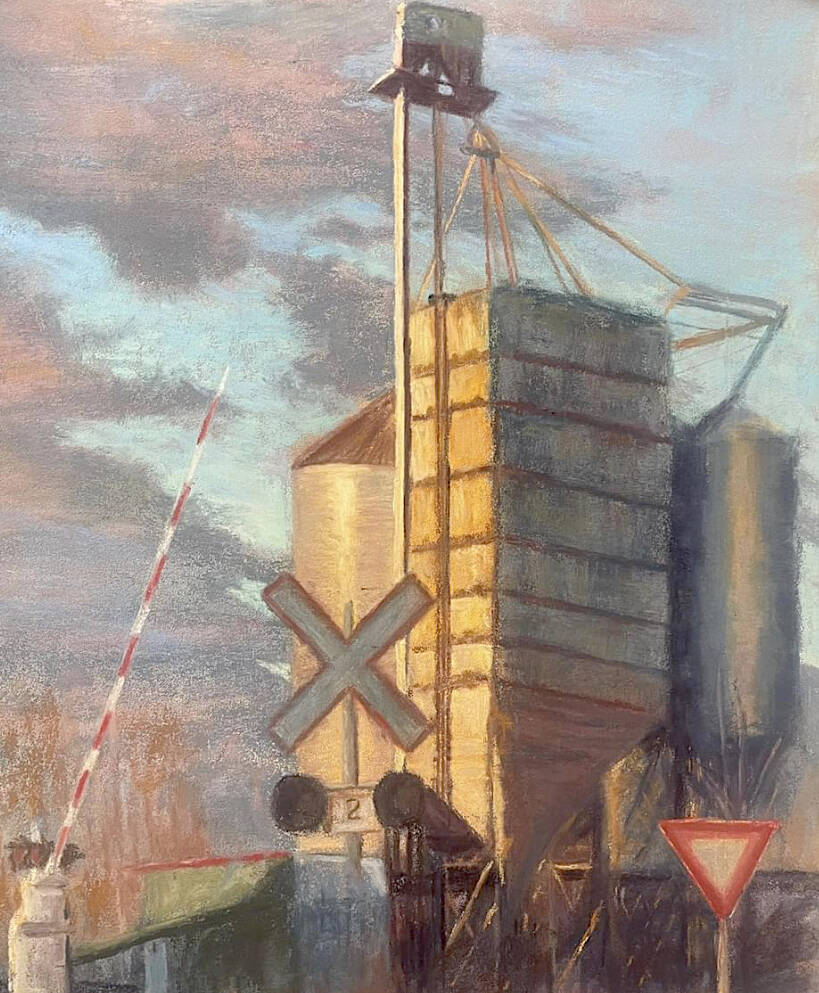 A Langley Times article about the silos in the mid-1990s described how five days a week, two rail cars would pull up to the silos and unload 80 to 90 tons of grain, including corn, barley, soy meal, and sugar beet pellets – which would be trucked to Otter Co-op’s Aldergrove store for sale to local farmers.

At the time, the newspaper reported plans for a renovation of the silos, which were estimated to be 35 years old.

While the structure was still solid, it was showing some signs of age, with grain “leaking” out, the paper noted.

A 1989 Langley Advance article described how the silos were being used for a Disney pilot, but “film crews would not divulge details.”

In 2011, construction of a cell tower next to the silos generated some controversy, with some residents trying, and failing, to convince council to block the 138-foot tri-pole tower.

Otter Co-op records show the property that houses the grain silos was leased from Southern Railway of BC by the cooperative for more than 55 years.

Southern Railway was originally the B.C. Electric Railway, which built a line to run electric trolleys through the Fraser Valley to Chilliwack in 1910.

The provincial government took over the B.C. Electric Railway in 1961 with the creation of B.C. Hydro, which continued to operate the railway until 1988, when it was sold, and became Southern Railway of British Columbia, a self-described “short-line freight railway” based in New Westminster.

That year, a Langley model enthusiast who posts videos of his true-to-life miniature creations to his YouTube channel at “Boomer Diorama” created a tribute to what he described as a “Langley Township landmark” describing the Milner grain silo as “iconic” and expressing concern about its future.

Since then, Otter has been getting its deliveries of grain by rail at Central Fraser Valley Transload in Abbotsford.