In her remarks, the Canadian hockey star and coach with Trinity Western Spartans women’s hockey team referred to the impact of the pandemic on students at the Langley-based Christian university.

“Resilient is a word I would use to describe this class,” she commented.

“Every day we made a choice to make the most of our learning opportunities.”

Potomak talked about the role of faith, saying “no matter what, we can trust that God is good, and God is for us.”

Potomak appeared at the Langley ceremony by video, while being away in Halifax for a hockey event.

Graduating with a Master of Arts in Leadership, Potomak’s sports career highlights include winning a silver medal at the 2017 IIHF Women’s World Championship. 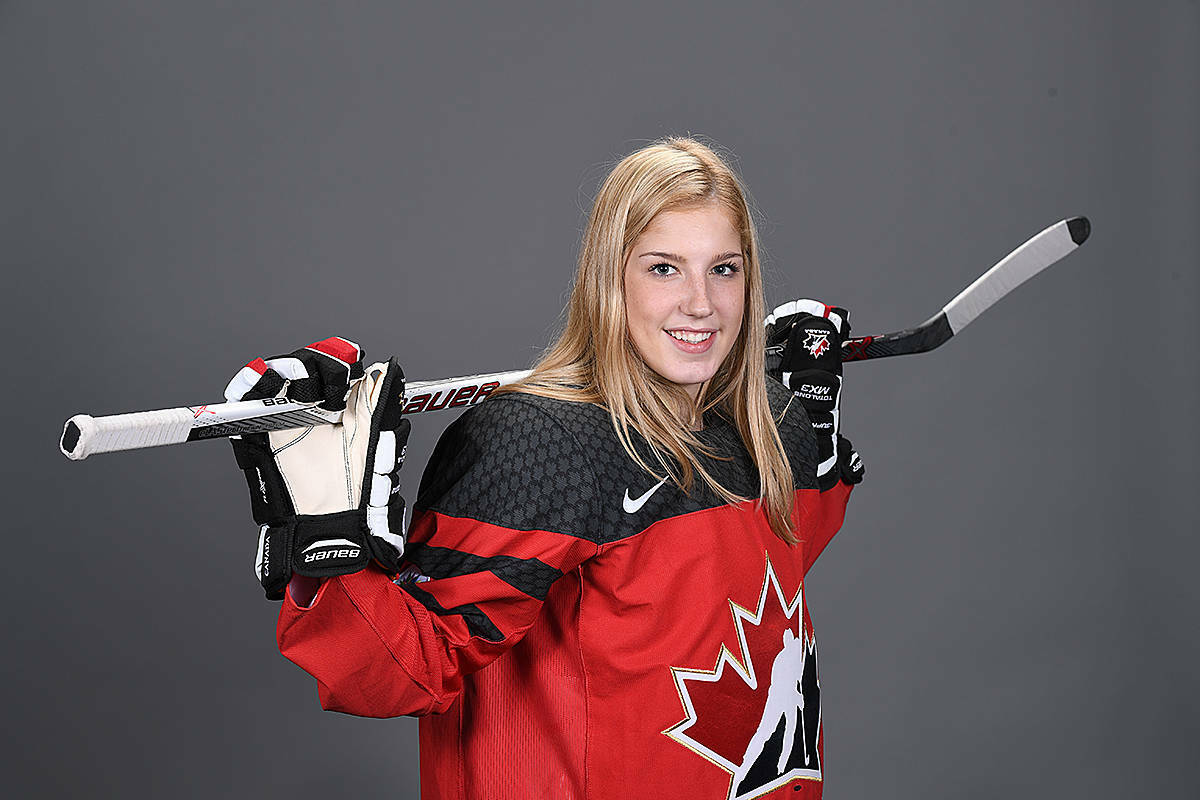 Hockey star and coach Sarah Potomak was the valedictorian for TWU’s 2022 fall graduating class on Saturday, Nov. 5. The product of Aldergrove appeared by video from Halifax, where she was attending a hockey event. (file)

She finished a four-year career with the University of Minnesota, combining for 65 goals and 114 assists in 145 career games.

Potomak capped her NCAA career by being named a WCHA (Western Collegiate Hockey Association) Scholar-Athlete and WCHA All-Academic Team honoree, while finishing the 2019-20 season sixth in the WCHA in points and first in the WCHA (6th in the nation) with a +39 plus/minus rating.

Internationally, Potomak has regularly been part of Hockey Canada’s senior team, with her Team Canada career highlighted by winning a silver medal at the 2017 IIHF Women’s World Championship.

She was also part of Canada’s centralized National Women’s Team during the 2017-18 season.