Prior to starting the race, Attrell asked, “is there any big hills?”

But Attrell didn’t need to train too much, as he’s used to walking long distances.

“I’ve walked all my life. I grew up on a farm so we walked everywhere and I just love to walk. I get bored at home watching TV,” he said.

Attrell joined the hospice’s Supportive Steps walking group five years ago after his wife Eileen passed away in hospice.

At that time, the walking group was just starting up.

“[The Hospice] pretty well saved my life. When I came here, I got what I needed,” added Attrell.

During the Supportive Steps walks, Attrell averages five kilometres, so he “always goes for another walk in the afternoon.”

While caring for his wife prior to her death, Attrell was 20 pounds lighter, and using a cane to walk around.

After joining the walking group, his health improved, and he’s made plenty of friends.

“When you lose your husband or your wife and you’re alone, you need to be with somebody else. It doesn’t matter if you know them or not, as long as you’re with them, and you’re not alone,” explained Attrell.

Attrell was a first-time participant in the Half Marathon, and said he simply did it because, “it’s a fundraiser for the Hospice, and I should help a bit.”

To celebrate his 90th birthday last month, Attrell’s family from Alberta and Toronto came to Langley to surprise him.

“I had two birthday parties. I knew something was up,” he laughed.

According to Attrell, hitting the 90-year-milestone is not much different than 89.

In addition to the walking group, Attrell also volunteers on the hospice’s garden committee.

“Grief manifests itself in many ways and that physical outlet is a huge component of the journey. So that was the vision behind that [Supportive Steps] was to provide something social and physical in nature and it took root very quickly,” she elaborated.

At the hospice, between 210 to 240 volunteers help run the organization, according to Todd Booth.

“There isn’t anything we do that isn’t touched by volunteers.”

About 500 people took part in this year’s event, down slightly from the previous year.

Despite that, donations were up, Todd Booth said.

She credits fundraising by participants like Attrell, one of the top campaigners with $1,300 in pledges. 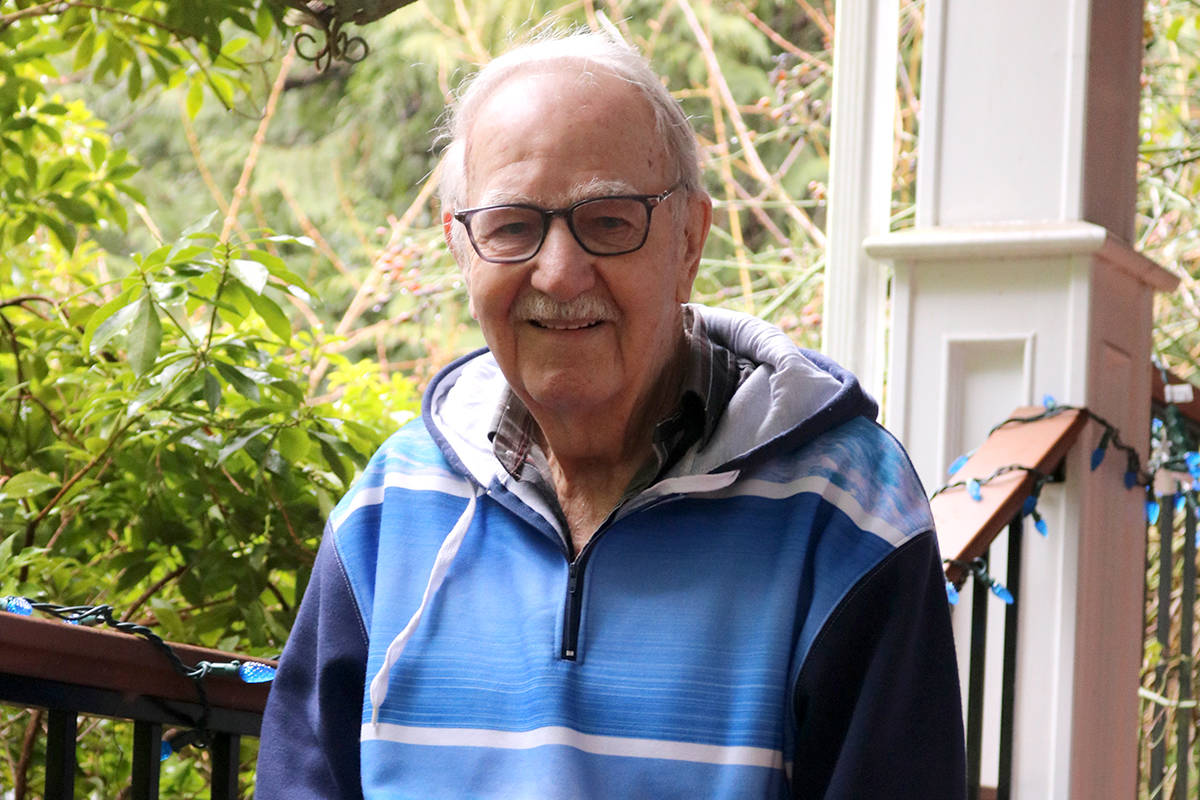 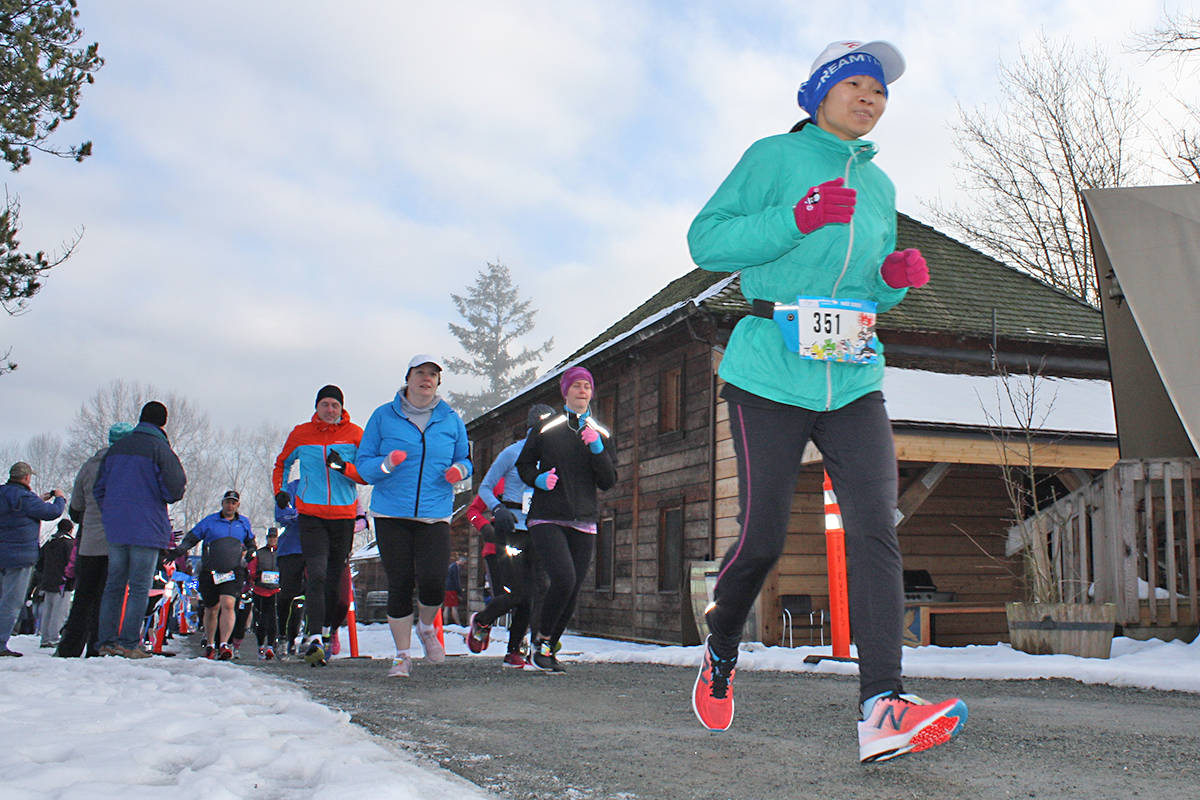 About 500 runners took part in the annual Historic Half Marathon Sunday in Fort Langley, down slightly from the previous year. Dan Ferguson Black Press Media 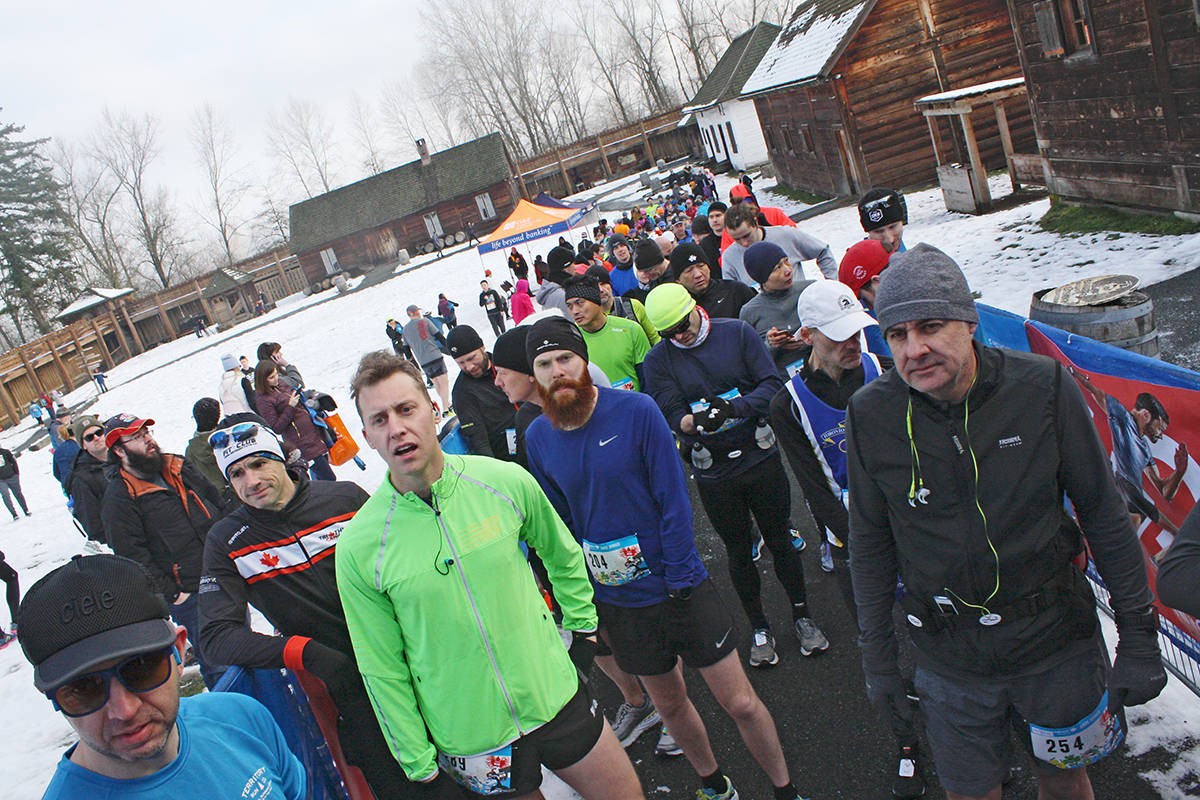