On Tuesday morning, May 10, a small group of volunteers was busy outside the new Aldergrove home of the Langley Meals on Wheels (MOW) Services Society, tearing out the front lawn to make room for a garden.

Inside, meals were being prepared in the new MOW kitchen at the Aldergrove Community Station House on the 2900-block of 272nd Street, and a proud society executive director Shannon Woykin was showing off the facility to the Langley Advance Times.

“This has been a year in the development,” Woykin remarked, standing in the spacious fully-functional commercial kitchen in the back of the repurposed fire hall, and former home of the Milsean Shoppe chocolatier and coffee shop.

In the high-ceilinged front room, volunteers were using the empty space to pack 140 meals for delivery later in the day.

It’s where a cafe is planned, that will serve the meal of the day menu, along with a coffee bar offering cappuccinos and espressos – but that will be a while longer.

Woykin estimated, “closer to a month and a half, two months” before it opens.

“But we are available [in the meantime],” Woykin elaborated.

“People can walk in and pick up our meals.”

Station House has two walk-in freezers, along with space for the Sources Langley Food Bank to operate a by-appointment Aldergrove food distribution outlet, as well as office space available for other community groups to use.

Plans call for a phased-in changeover from the current MOW meal providers, Gateway of Hope and Southridge Church kitchen, to the Aldergrove facility.

The west side of Langley will continue to be serviced by the Langley office, while the southeast will be handled from Aldergrove.

READ ALSO: PHOTOS: Find a little bit of everything at Aldergrove’s new hub

Outside, Jason Froese from J.D. Farms, assisted by Rotary Club of Aldergrove volunteers, was using a Caterpillar mechanical shovel to scrape away the grass to make room for a raised vegetable garden bed.

“They want a vegetable garden where their senior volunteers can work on, and also teach young people [how to garden],” McGuiness said.

In return, the young people will help the seniors learn about technology like iPads. 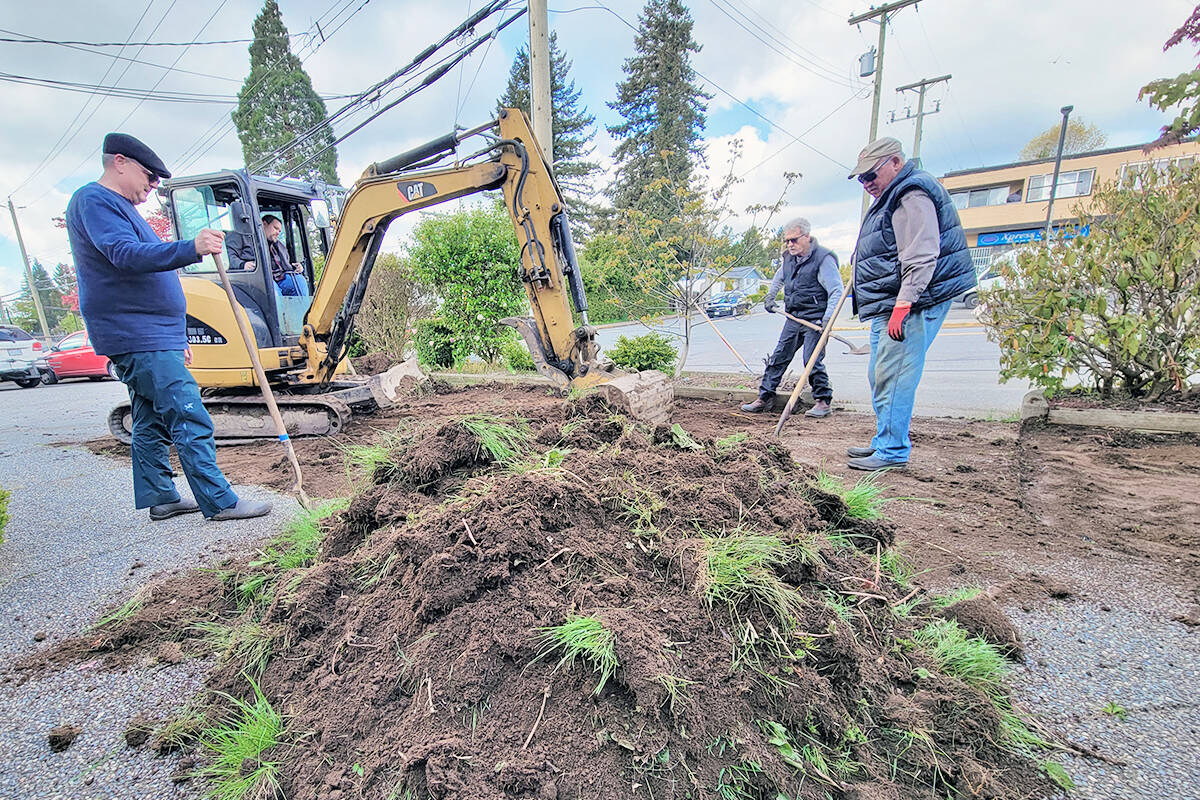 Volunteers prepared the Aldergrove Community Station House on Tuesday, May 10, for a raised garden bed that Meals On Wheel senior volunteers will use to teach young people about tending plants. (left to right) Larry McGuinness, Jason Froese (at controls of Cat) Howie Vickberg and Doug Hadley. (Dan Ferguson/Langley Advance Times)

The garden will have an in-ground watering system, and the seeds, donated by the Compost Council, are already germinating in the glassed-in greenhouse-style space once used by the Milsean Shoppe.

The garden should be completed by Friday, May 13, McGuiness projected. 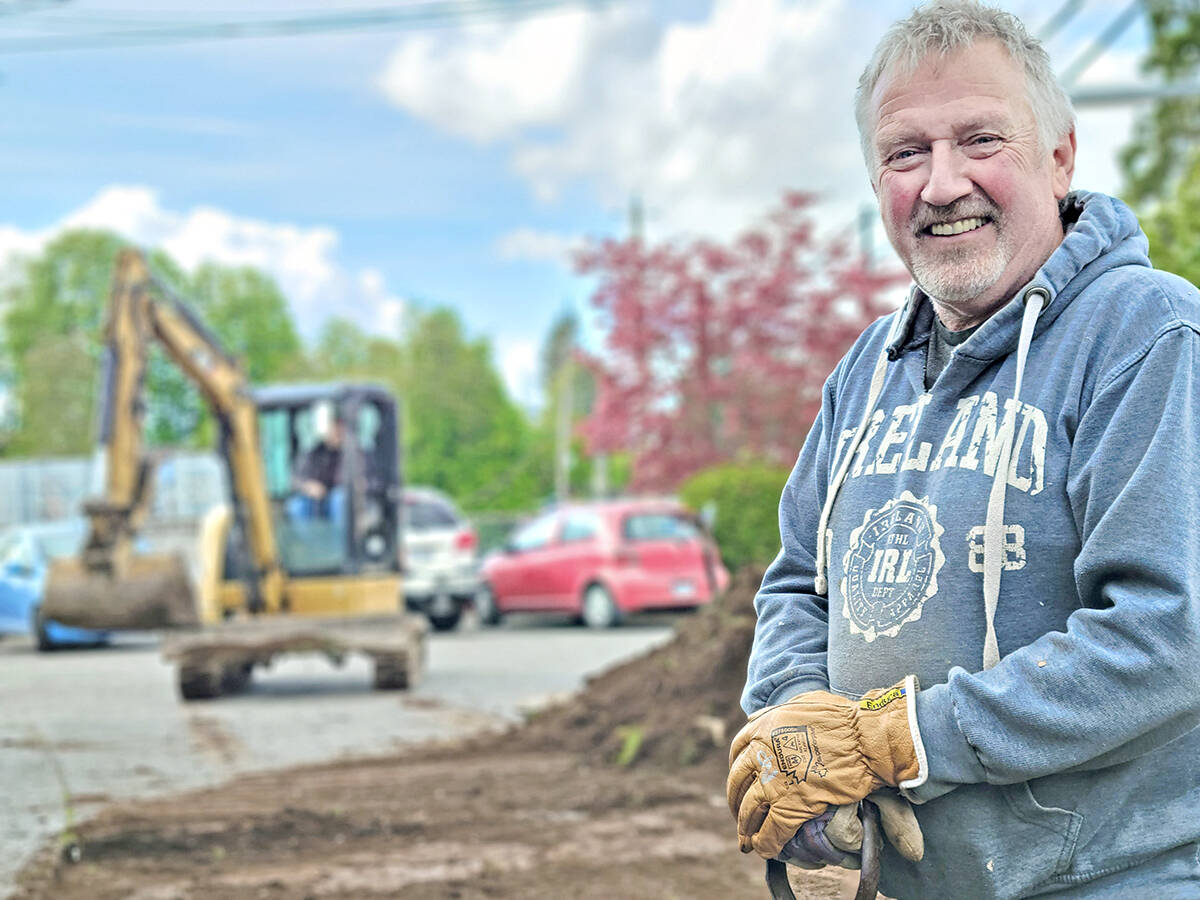 Rob Robinson was among the volunteers working on new garden beds at the new Aldergrove Meals on Wheels on Tuesday, May 10. Robinson used to operate the Milsean Shoppe chocolatier and coffee shop at the location. (Dan Ferguson/Langley Advance Times)

Among the Rotary volunteers was Rob Robinson, who used to operate Milsean from the 272nd Street location.

“I put this in 20 years ago,” Robinson laughed, as he dug out the turf.

More photos from the day can be viewed at the Langley Advance Times Facebook page.