The driveway of a Langley Meadows home became holiday party central last Sunday night – an estimated 500 people showed up alongside two firetrucks to the Basran’s family community get-together in front of 2328 Wakefield Dr.

Janice Basran said the tradition, which raises funds for BC Children’s Hospital, started because of her husband Bobby’s passion for decorations.

“We’ve added more and more over the years, but I wanted to say we’ve been decorating for about 20 or so,” Basran said.

She said the fire department used to roll through, handing out treats and collecting donations, but would end up stopping in front of their driveway because there were so many people already visiting their display.

“It’s Firehall No. 4 – they’re amazing and it’s just an amazing community,” she added, estimating that this was the 10th year it has happened.

Santa Claus came out to visit with kids, while firefighters passed around a boot to raise money for BC Children’s Hospital.

The fire department brought two trucks out and they spent time with children in attendance so they could get their picture with both Santa and the vehicles – hot chocolate and treats were additionally handed out.

“It morphed into this night. All of the neighbours are close,” Basran assured. “People from community who are not there anymore, and old friends come back and it doesn’t matter if it’s rain or shine.”

Basran said the fire department raised $2185, and their Christmas light display will be on for the public to come view until Jan. 1. 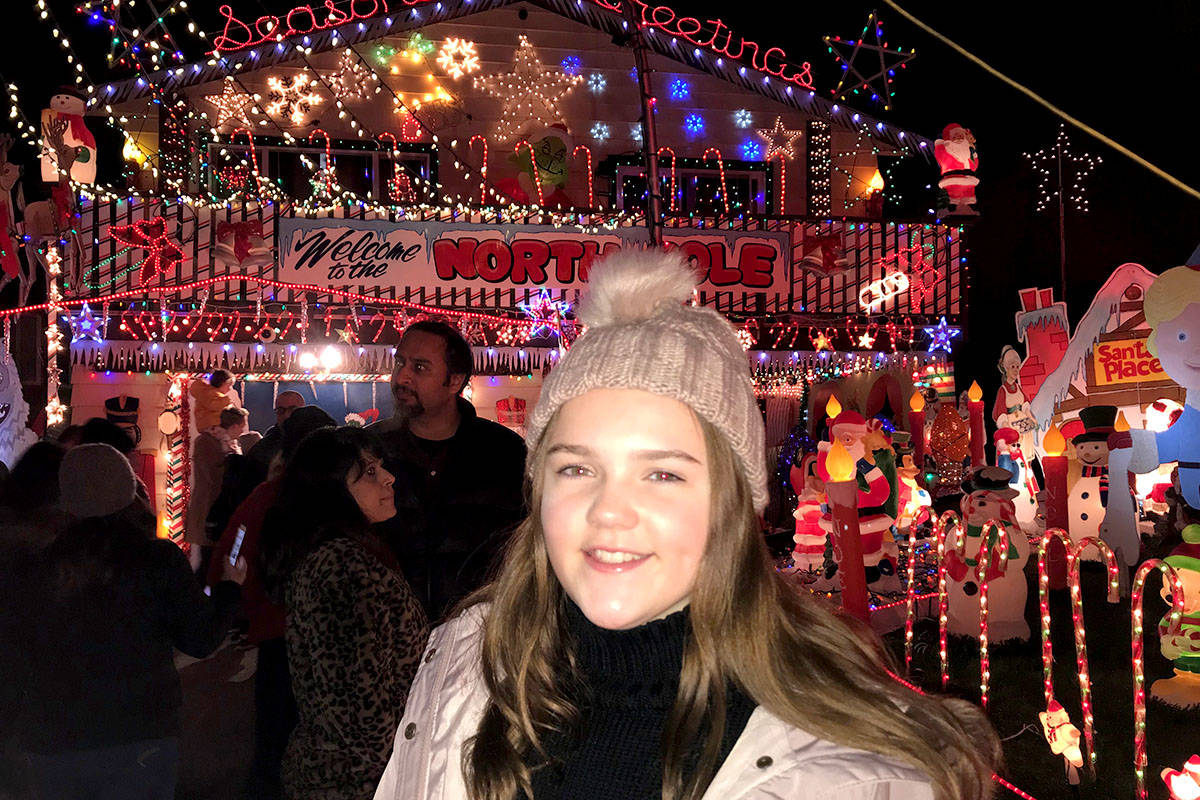