There were games and live music and balloons, including a stylish red-and-white balloon outfit at the annual Basics for Babies event at the Langley Events centre Saturday.

The all-balloon dress was created by faceaballoonza artist Krystal Grace and modelled by Cassidy Janzen, who twirled for the cameras as she urged viewers to make a contribution.

“Basically it’s a dress made out of balloon animals” said Janzen.

A line-up of Langley-area country musicians and bands performed at the Christmas-time fundraiser for JRFM’s Basics For Babies.

Firefighters were on hand to collect donations and load the trucks.

Since it was launched in 1994 by 93.7 JRfm to correct a chronic shortage of baby products at Lower Mainland Food Banks, the campaign has raised over $2 million and hundreds of thousands of pounds of diapers, baby food, formula, pabulum, and other items.

Basics for babies notes that a donation to Food Banks BC has three times the buying power compared to regular consumers because they buy directly from the supplier instead of the grocery stores. 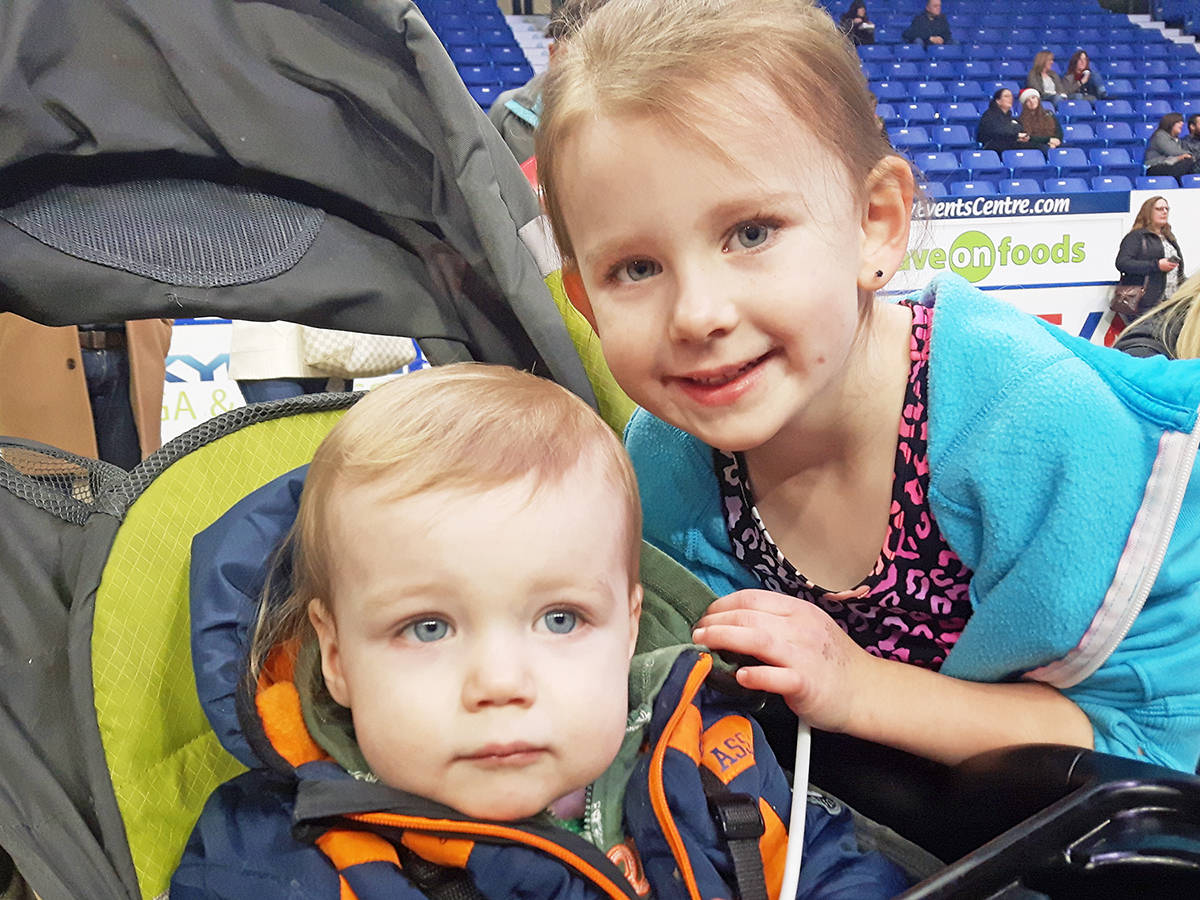 Brady, 1, and his sister Mckinley, 4, came from Aldergrove to the Basics for Babies event. Dan Ferguson Langley Times 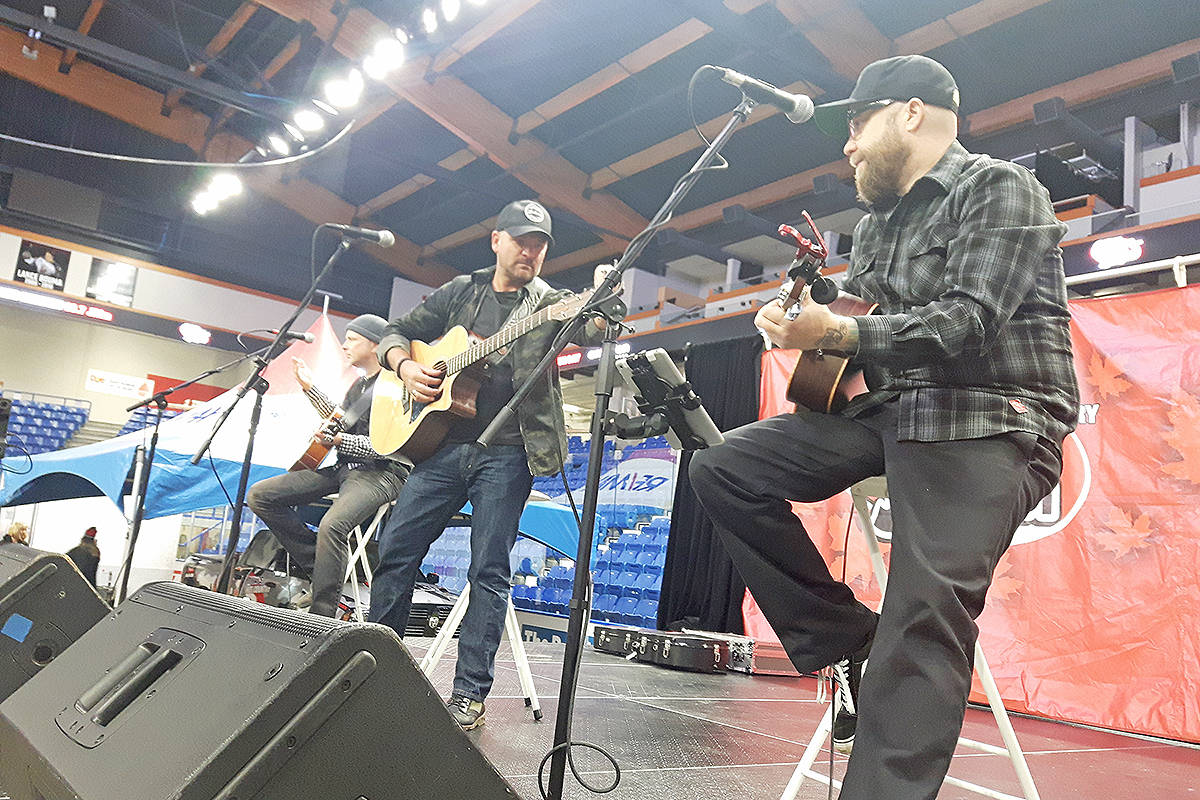 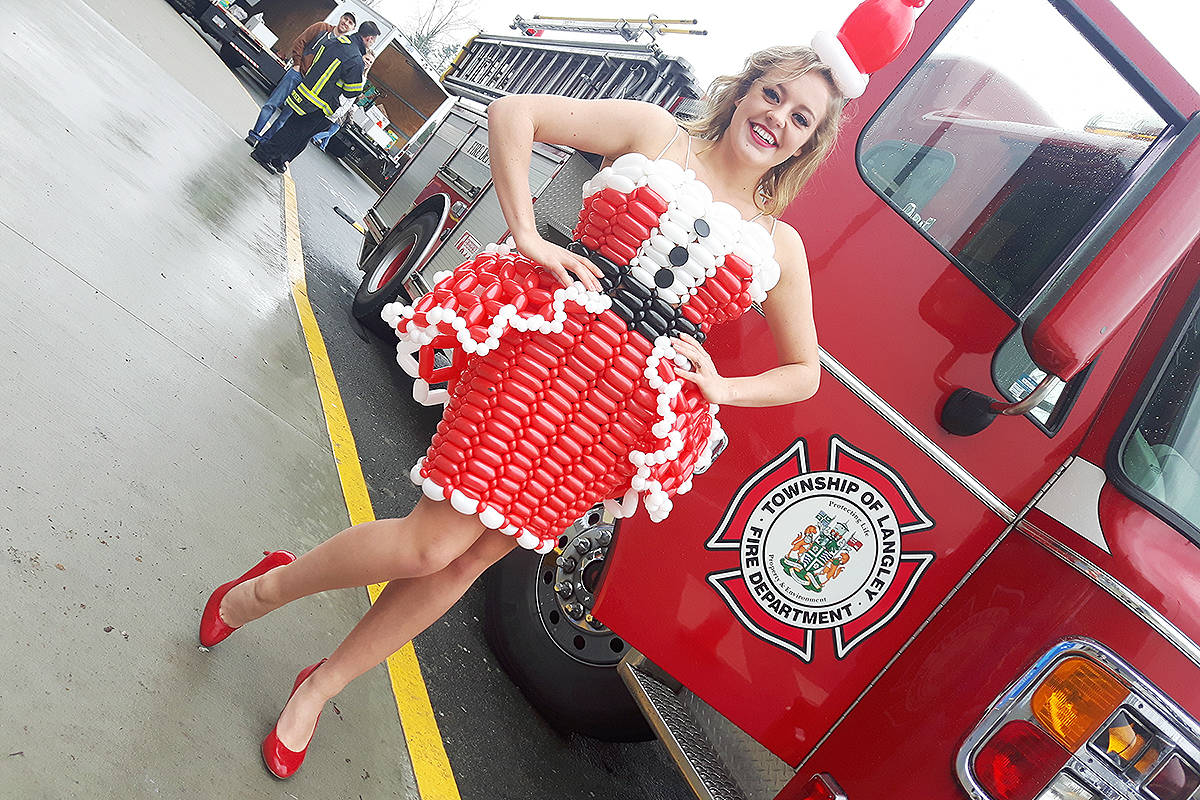