At least 175 automotive enthusiasts from around the Lower Mainland came together this morning in Langley to share a coffee and their love of cars.

An impromptu gathering called Caffeine and Gasoline is organized by a Facebook group called the Greater Vancouver Cars and Coffee. The driver of this initiative is Vancouver’s Andrew Szabo, who coordinated today’s gathering in the Langley Cineplex parking lot with some cars rolling in as early as 7:30 a.m.

Focusing on the social culture of auto restoration and collection, Szabo said Caffeine and Gasoline events are all very informal, with no pre-registration. There’s no check-in times. There’s no registration fees or assigned parking spaces. You leave when you want.

“There really is no commitment required,” he emphasized. “If you get out of bed in the morning and decide you want to come out, you grab a tea or coffee, get in your car, and come by… meet some like-minded car people. That’s what it’s all about,” he said. “It’s not just about cars, it’s about people.”

Organizing gatherings around existing car shows, Szabo tries to arrange morning meetings in various locations throughout the Lower Mainland. He boasted that in the event history thus far there have been no reports of inappropriate driving or what he calls “idiocy.”

And for that, he’s proud.

“Our meets have been immaculate so far,” Szabo wrote on the most recent event invite.

“No burnouts, no smokeshows, no drifting, and no mess. I have yet to definitively pick up so much as a coffee cup, pieces trash, or even so much as cigarette butt confirmed as resulting from our gatherings. That’s really impressive given the massive testosterone some of the vehicles have which attend our events. RCMP and the VPD love collecting revenue so let’s not give them any opportunities please. We’re known as the good guys and we have been complemented on that… Let’s keep it this way!”

Saturday’s attendance, under cloudy skies and the potential threats of showers, was notably lower than normal, Szabo said. But it’s not at all discouraging to him.

“It’s a spontaneous gathering of automotive enthusiasts who like all makes and models,” Szabo added. “It doesn’t matter what you have, the value of your car, or the type. It just matters that you have an appreciation for cars and want to share that.”

When he hosts event in the North Shore, he often see more people with exotic cars turn out. In Langley, he said, he can guarantee to get more classics, the muscle cars, and some pre-war era automobiles.

“Every venue, you never know who is going to show up, what you’re going to see. That’s what makes it so special,” said Szabo, who has been collecting for a quarter century. He has six Mustangs, having brought out his gold 1969 Mustang to Saturday’s event in Langley.

The concept of the cars and coffee events started in California, but has migrated north. He started this Facebook group about a year-and-a-half ago.

He tries to organize at least one coffee gathering a month, but prefers to have at least one every two weeks during the summer months.

The next Caffeine and Gasoline event will likely be held in September, and Szabo expects to be back in Langley in October.

He likes Langley because it is centrally located. The Colossus site, in particular, offers lots of parking, easy freeway access, and lots of nearby amenities – including several coffee shops and drive-thrus.

ANOTHER SHOW HAPPENING SATURDAY IN LANGLEY: Burnouts in the Sky parks car show at Twilight Drive-In 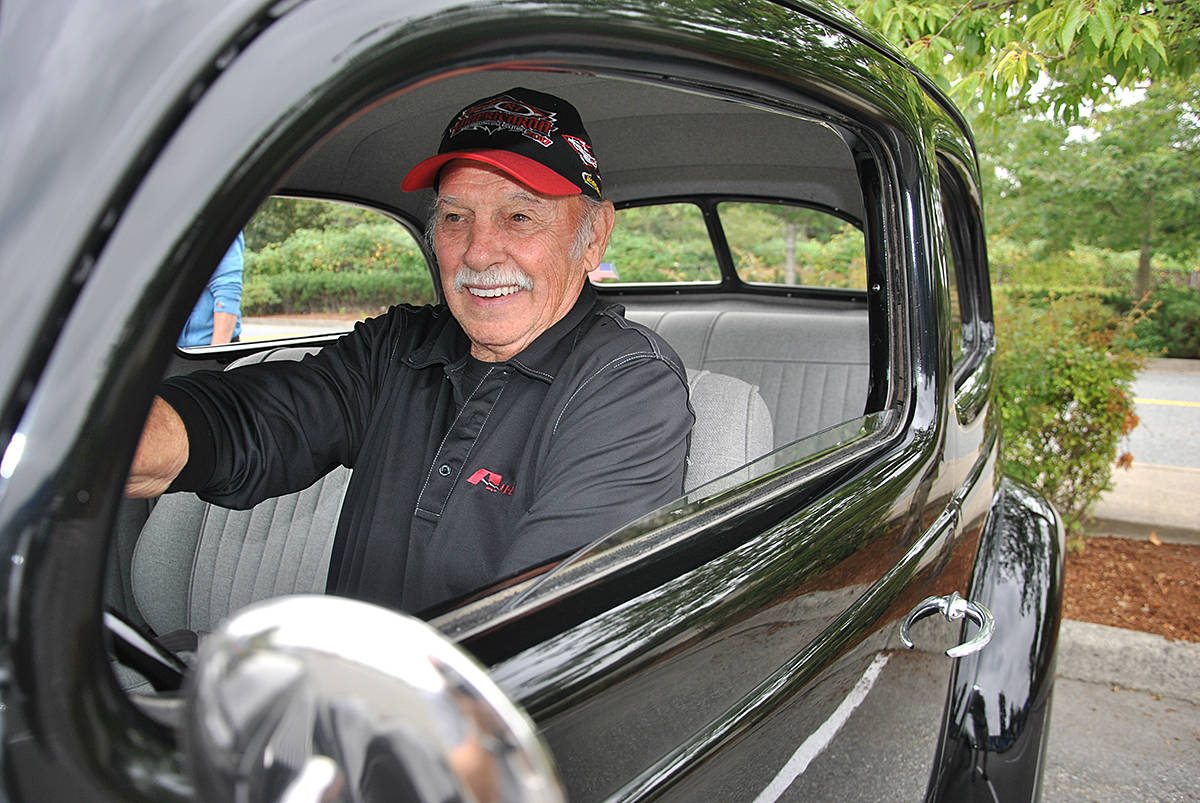 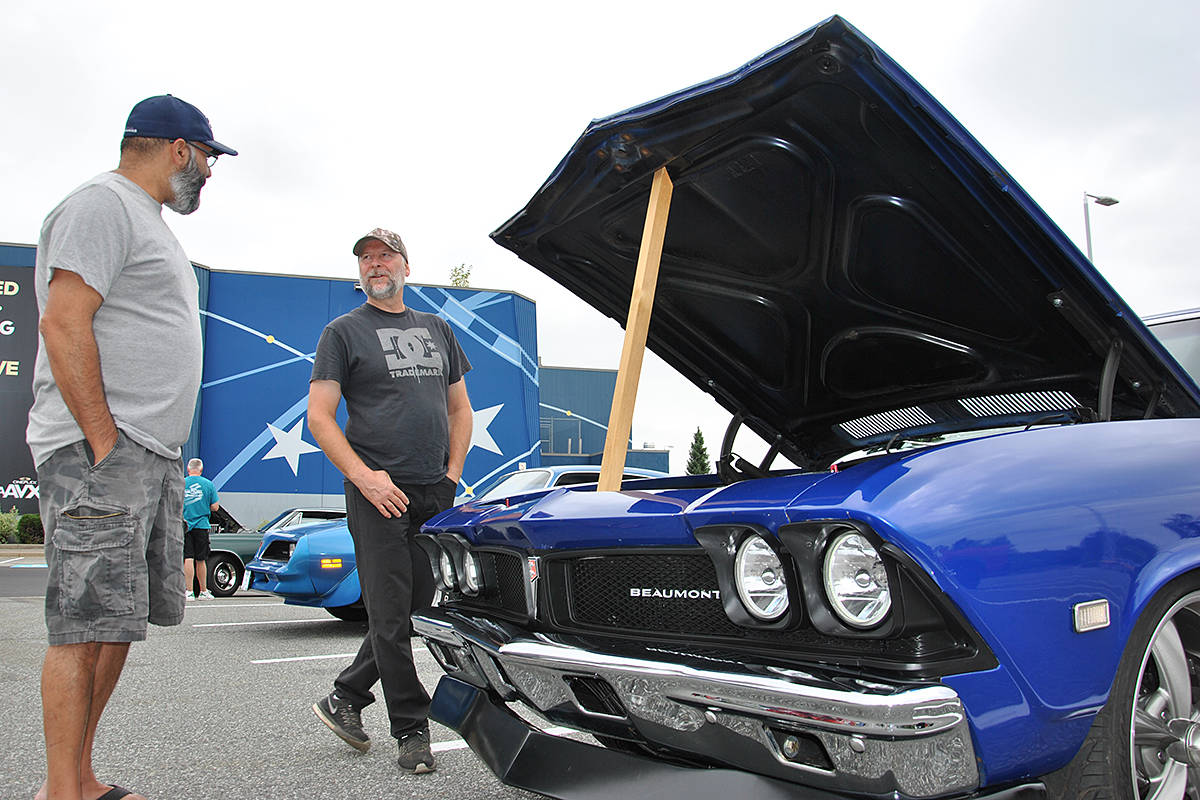 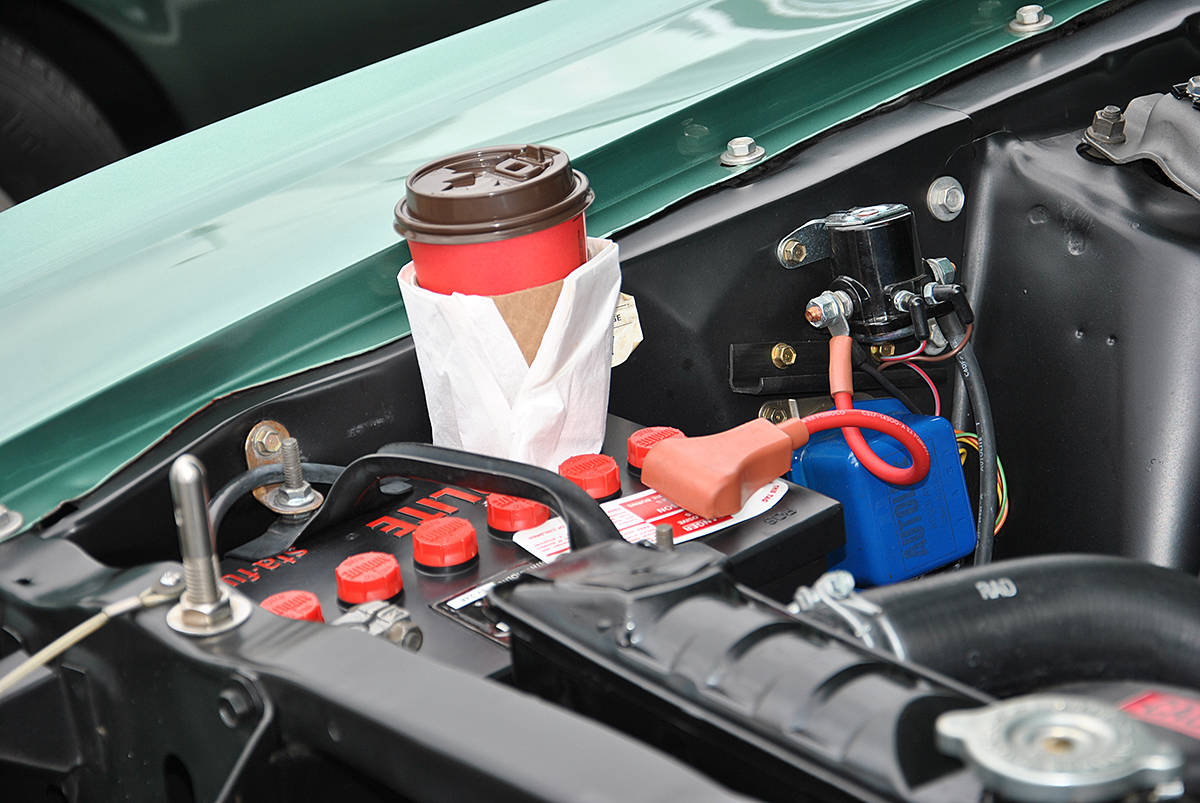