It was a mad scramble, just as its name implies.

Overcast skies – rather than the scorching hot weather of last year – helped ensure the Easter egg scrambles at the fort were a little less messy than past.

But, it was still equally as fun, said Aman Johal, an interpreter at the historic site for almost 20 years.

He was referring to the Easter festivities held within the palisade walls of the fort today (Sunday, April 21).

The highlight of the day was the Easter egg scramble, but the fort also served up heritage hot chocolate, offered facepainting, and coordinated a scavenger hunt that once again allowed kids to win more chocolate treats.

The three egg hunts – scattered throughout the day – saw in excess of a thousand children pounce on to a huge canvas sheet (depicting a map of Canada) in an effort to scoop up as much chocolate as possible, before it’s all gone.

“As you can see, hundreds of dollars in chocolate, that are going to disappear in the snap of a finger,” Johal said, ripping open numerous boxes of candy bars and chocolate eggs that he chucked around the canvas – as awaiting children and parents alike watched from behind a basic rope barrier for the second scramble of the day.

The Easter celebration, complete with the scramble, is designed primarily for children five years and younger, but open to kids of all ages, he explained.

In 2017, when the park celebrated its 150th birthday, and admission was free for the entire year, the Easter celebration attracted record-breaking numbers, he said.

While the day was only half over, he estimated the park would see upwards of 5,000 people through the gates on Sunday, noting it is a similar number to the recent years – other than 2017.

And, while the weather cooperated and all the chocolate treats weren’t melted before children were able to fill their pockets, hats, baskets, and bags – within minutes the egg hunt concluding, there was ample proof of this year’s success.

Evidence came in the form of melted chocolate covering most children’s faces and fingers, as they ran and frolicked around the grounds of the historic site.

COVERAGE FROM 2018: Langley toddlers collect what the Easter bunny left behind 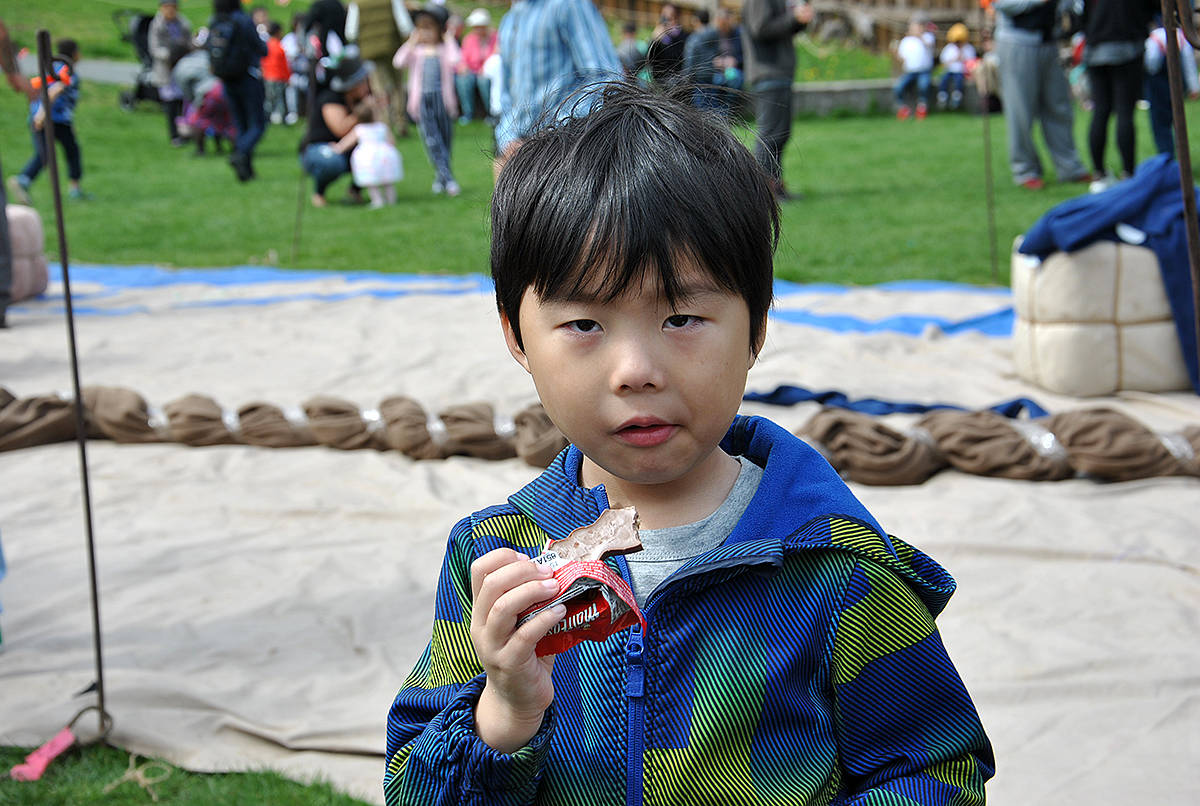 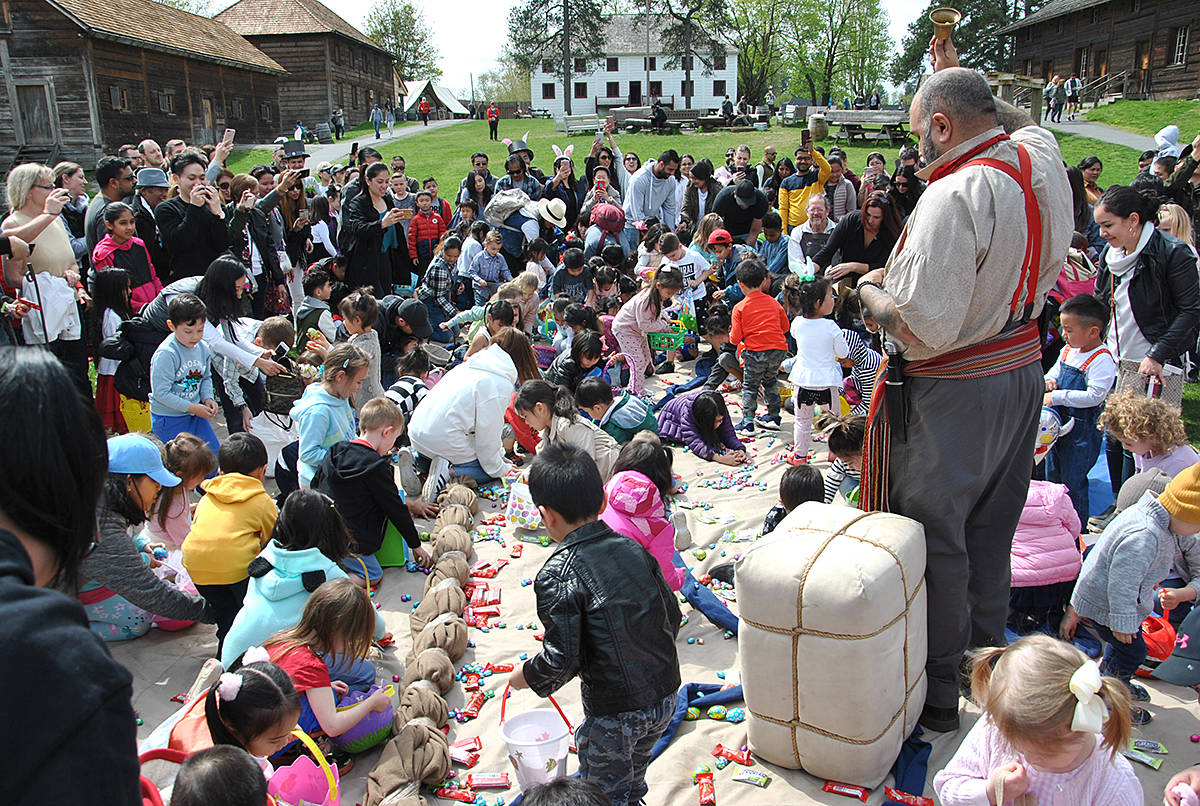