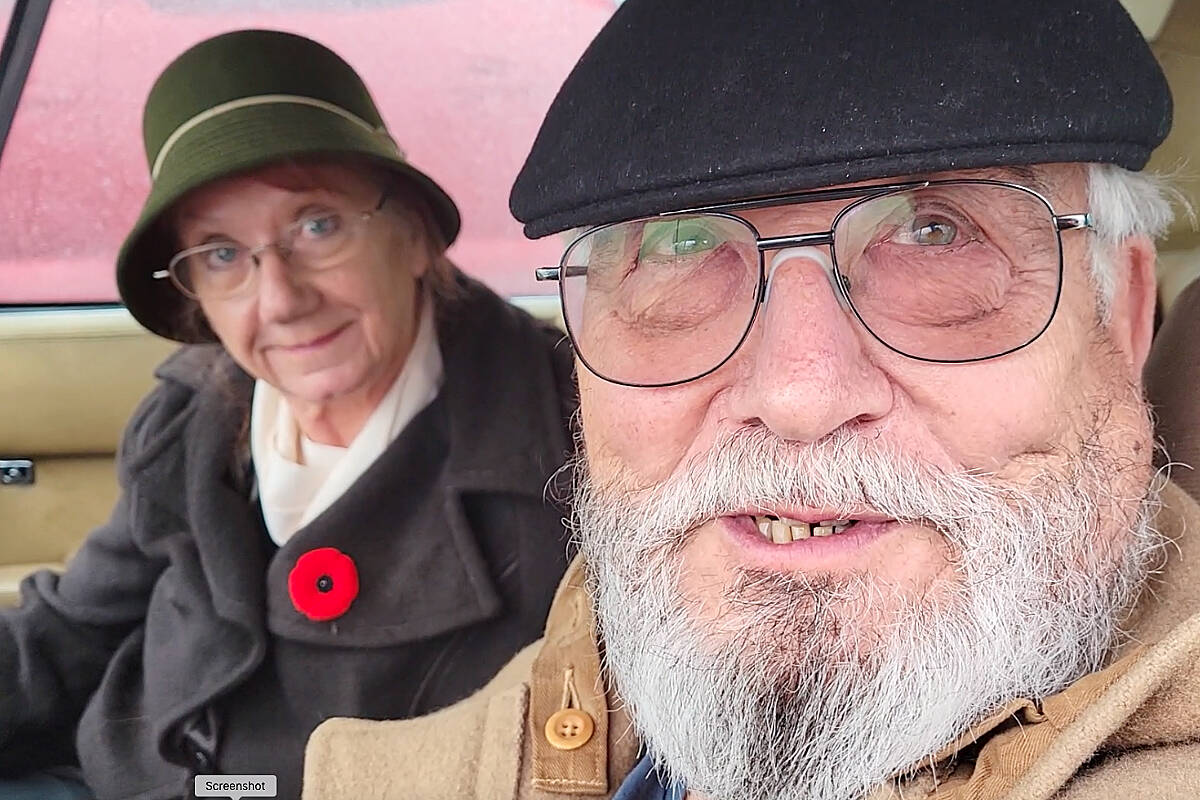 Aldergrove’s Ian and Doreen Newby and Doreen have been taking part in the annual London-to-Brighton commemorative run from South Delta to Langley for about 20 years. (Dan Ferguson/Langley Advance Times) 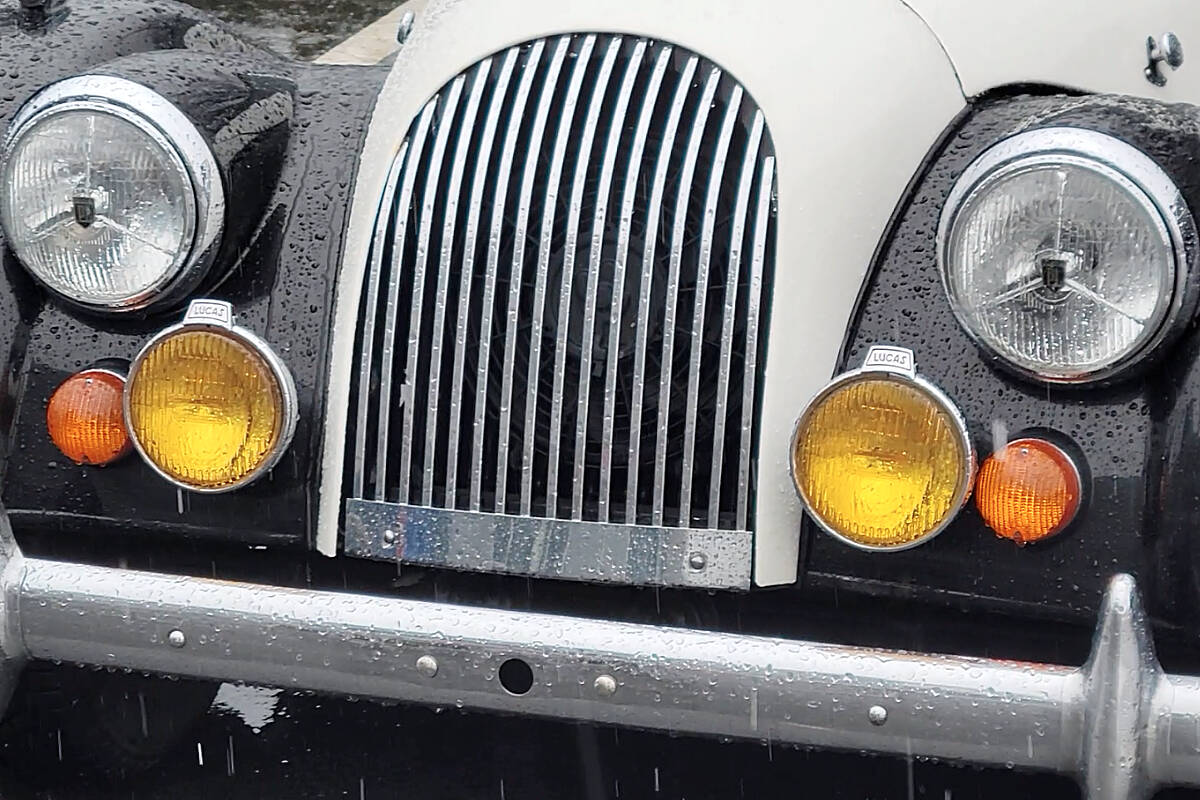 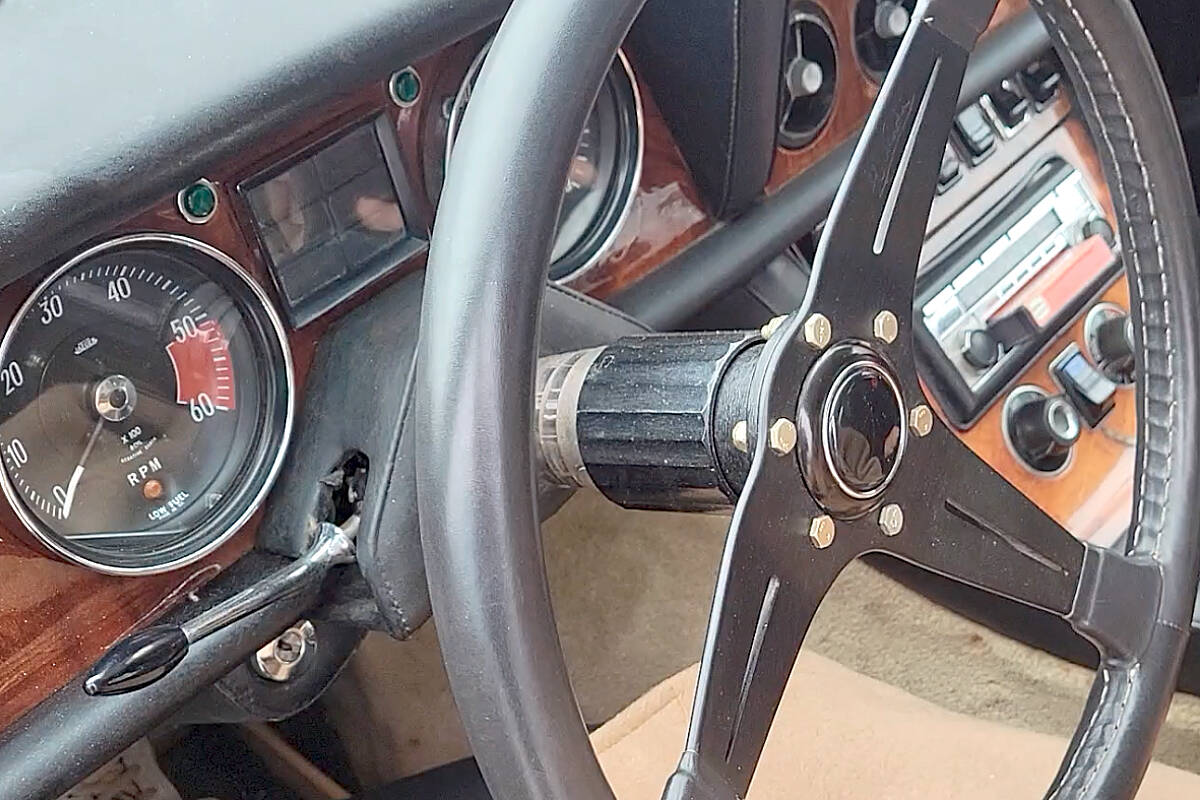 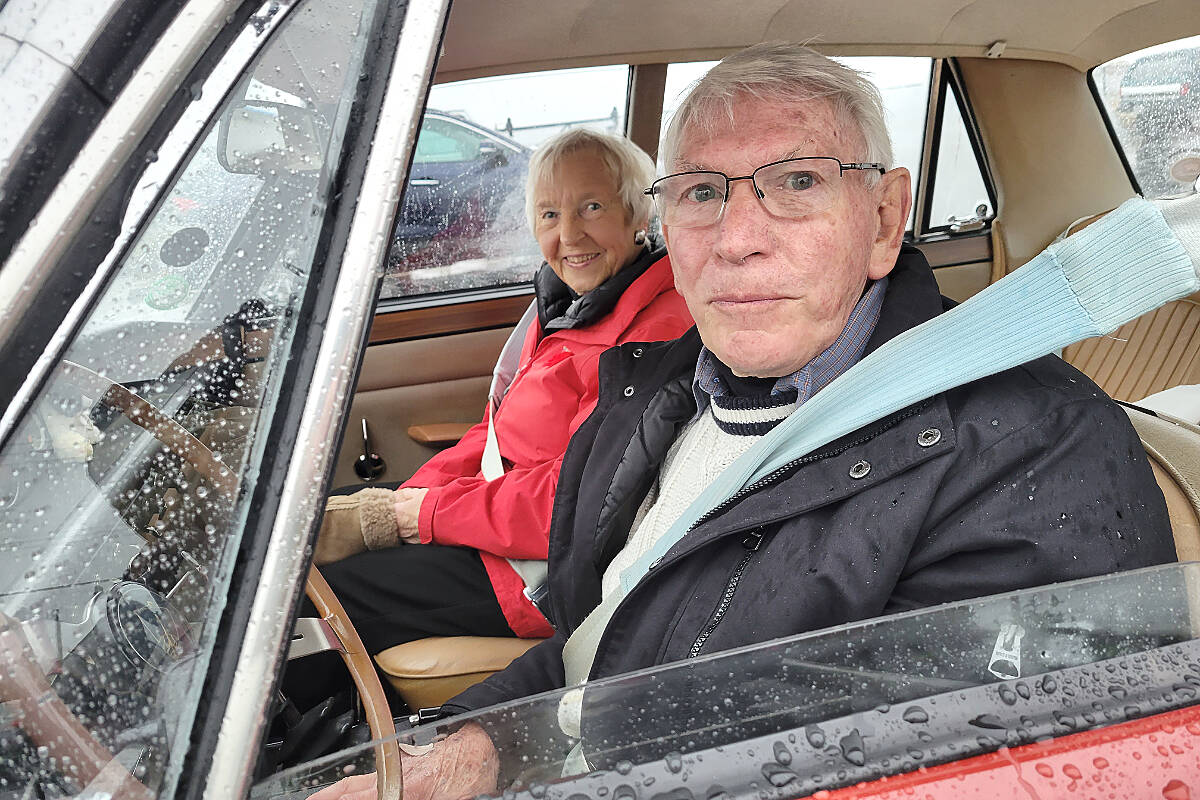 Malcolm and Barbara Tait from Vancouver arrived in his Rover at the Langley Airport end point for the annual London-to-Brighton commemorative run from South Delta to Langley on Sunday, Nov. 6. (Dan Ferguson/Langley Advance Times) 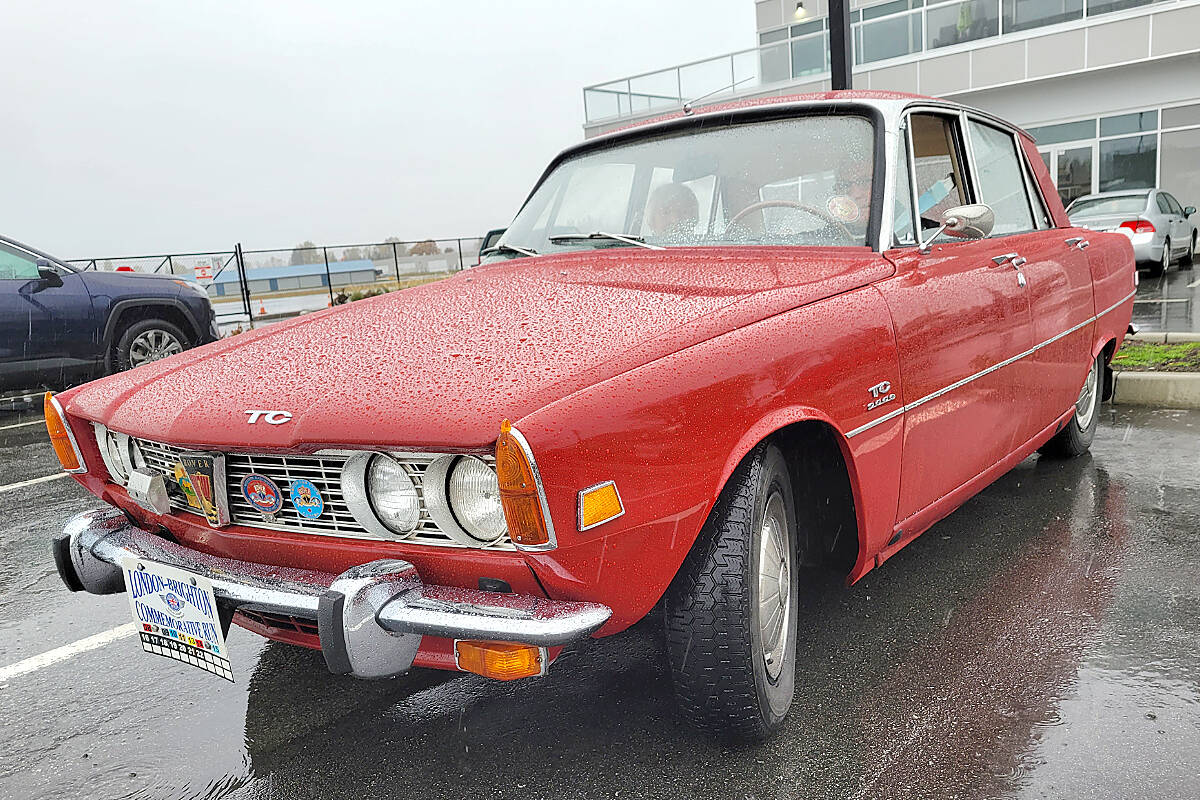 Malcolm and Barbara Tait from Vancouver arrived in his Rover at the Langley Airport end point for the annual London-to-Brighton commemorative run from South Delta to Langley on Sunday, Nov. 6. (Dan Ferguson/Langley Advance Times)

It was not ideal weather for the annual London-to-Brighton commemorative run and charitable fundraiser from South Delta to Langley, with heavy rain and wind making it more of a challenge than usual.

One of the organizers, Malcolm Tait, told the Langley Advance Times there was even a report of snow along the Zero Avenue portion of the route, but it was mostly gone by the time the convoy of classic British cars arrived, with some showing on the side of the road.

Held on Sunday, Nov. 6, the same day as its namesake rally in England, the B.C. tribute drew 43 cars and drivers.

Despite the inclement weather, there were only three no-shows among the registered vehicles, but there were also five last-minute registrants, Tait reported.

“Considering the weather, it was remarkable,” commented Tait, who arrived at the Langley airport destination in his gleaming red 1970 Rover 2000 TC four-door.

Aldergrove’s Ian and Doreen Newby made the trip in a black Jensen Interceptor Mark III, a hand-built legend from the 1970s noted for its sleek lines and powerful V-8 engine.

Ian explained that his love of British cars was likely the result of having a father from Scotland and a mother from England.

The couple has been making the trip for about 20 years, Newby estimated, with like-minded fans of traditional British vehicles, “getting out in some sort of British car and seeing if it’ll make the whole route without problems.”

His Jensen did just fine. 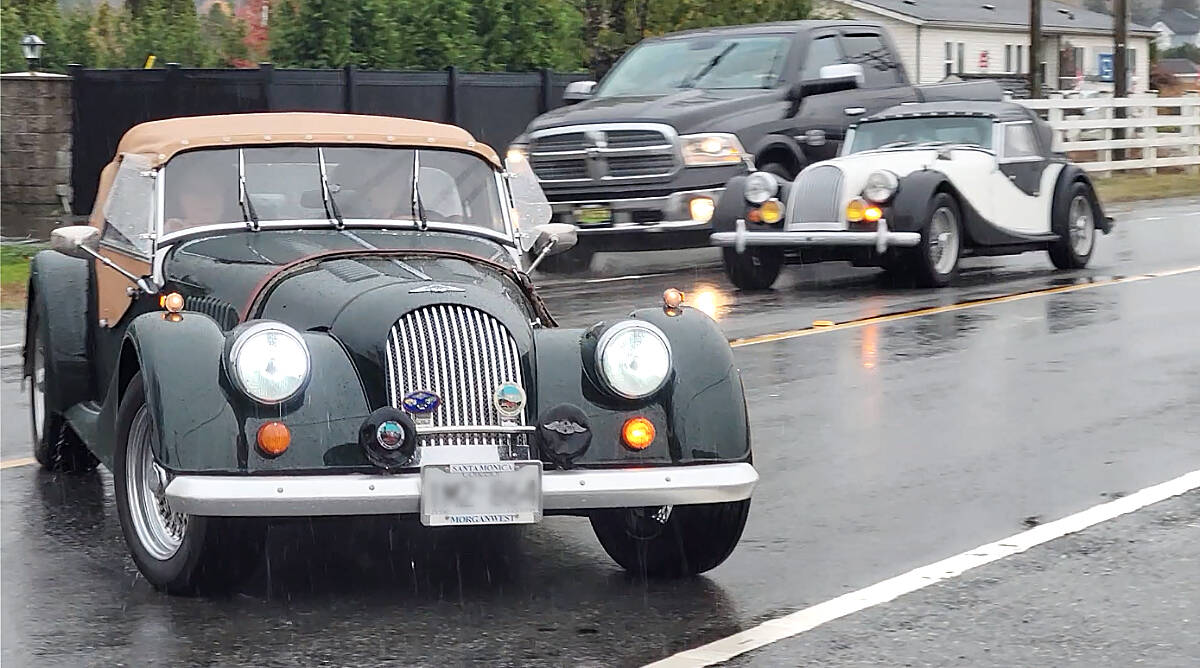 It is still going on, taking place every year on the first Sunday in November, starting at Hyde Park in London and travelling 54 miles (87 km) to Brighton.

In B.C., the Old English Car Club Vancouver Coast branch has been holding a celebratory run since 1996, the 100th anniversary of the U.K. run.

For the first 12 years, the cruise was called the “Ladner to Bellingham Run” with the route going between those communities.

Due to delays at the border crossing, the route was altered to remain in the Lower Mainland.

Fees from this year’s B.C. tribute run raised $600, including a top-up by the club, which were donated to Delta and Surrey Meals on Wheels.

As for the original London to Brighton run on the same day, it also endured wet and windy weather, but still drew more than 350 participants, many piloting their open cab vehicles in rain gear.

Unlike the Canadian tribute, which allows British cars of any vintage, the U.K. version is restricted to cars made in 1904 or earlier.

More information about the Old English Car Club for British car enthusiasts who preserve, restore, and drive British cars can be found online at https://oecc.ca.

COMMUNITY CALENDAR: Lots to do around Langley