Who knew a car wash could prove so lucrative for a non-profit?

The Volunteer Cancer Drivers Society walked away from a four-hour car wash this weekend with close to $20,000.

A little more than $2,500 came from the 50 or so drivers who pulled up and paid to have their vehicles washed at the Langley Chrysler dealership on the bypass Sunday.

Then, Langley Chrysler offered to match the day’s donations to a maximum of $2,000.

But the real infusion of cash came from a pair of Langley men who stopped in to donate $15,000 to the cause, Garrett said.

Chris and Jamie Ruscheinski, a pair of Langley brothers who run a charity called Twins Cancer Fundraising, host charity events such as Gone Country and the Long Table Gala. Pulling from the proceeds of last month’s big country music festival in Cloverdale, the boys dropped off a cheque to the drivers this weekend.

It was one of the designated charities specifically earmarked for a donation from this year’s Gone Country, Chris explained, noting other money was given to Canuck Place and the Raise It for Your Cause initiative. The twins also donated another $15,000 earlier in the year from their annual gala.

“We donate the money through George Garrett, who is one of the organizers of the drivers society, who works his butt off to keep this service moving. He is an inspirations to us. Our mom used the service and Robyn Jones (mentioned below) used the service. The society fights hard for public funding and donations and are an essential service for those who need it,” Chris said of their contribution.

Rolling up in their personal vehicle, Garrett was apparently beaming as the twins and a few guests pulled in for a car wash.

“Jamie and I delivered [the donation] with Greg and Rikkilee Bourdon (in memory of Robyn Jones, Rikkilee’s mom who passed from cancer earlier this year). Rikki and Greg have a huge role in the TCF family and of every event we do,” Chris explained.

The TCF $15,000 donation is enough to cover the organization’s driving costs throughout the region for a month, Garrett said.

The money comes at a key time, when the numbers of patients needing their service seems to be growing and the price of gas is going up.

It currently costs an average of $49 per trip to take a Langley patient to and from an appointment, Garrett said.

The group is currently making about 8,000 return trips a year for cancer patients from West Vancouver through Mission (not including Vancouver, Burnaby, and Richmond, which are covered by another service) and they delivers them to one of three cancer centres in Surrey, Abbotsford, or Vancouver.

The society has 160 drivers, not all of them active at the same time. While they donate all their time, they are reimbursed 44 cents per kilometre for gas.

Several of people who drive all week, also showed up for Sunday’s car wash.

Among them was Donna Hudspeth, a local volunteer who showed up to have her car wash.

“I’m here to have a very filthy car washed and to support a super cause,” she said. She’s been a driver since the group’s inception almost two years ago, after the Canadian Cancer Society withdrew from the service.

She lost her mother to cancer in Ontario.

“I couldn’t be there to help her, but with this cause I can help someone who’s in that situation,” Hudspeth said. “I can allow them to keep their energy for healing, not for driving.”

Garrett recently retired from driving at age 83, but continues to help out with fundraising and media relations and spent much of Sunday out waving signs at passing motorists – encouraging them to come in for a car wash.

There was Casey Whitworth, a realtor in White Rock, who donates $500 of every house sale to the Peace Arch and BC Children’s Hospitals, as well as giving homebuyers the option of designating another $500 to one of three charities (the drivers being one).

Langley City’s Caroline Wilson was so anxious to help the cause, she showed up an entire day early for what she called a practise run, then returned Sunday for the real deal.

The society ran a similar car wash recently in White Rock, where they raised more than $6,000 – once the dust settled.

There could be another car wash in the region before summer’s out, said public relations spokesperson Pauline Buck.

“You never know, but we’ll likely do it again soon. It works well for us, plus it’s fun.” 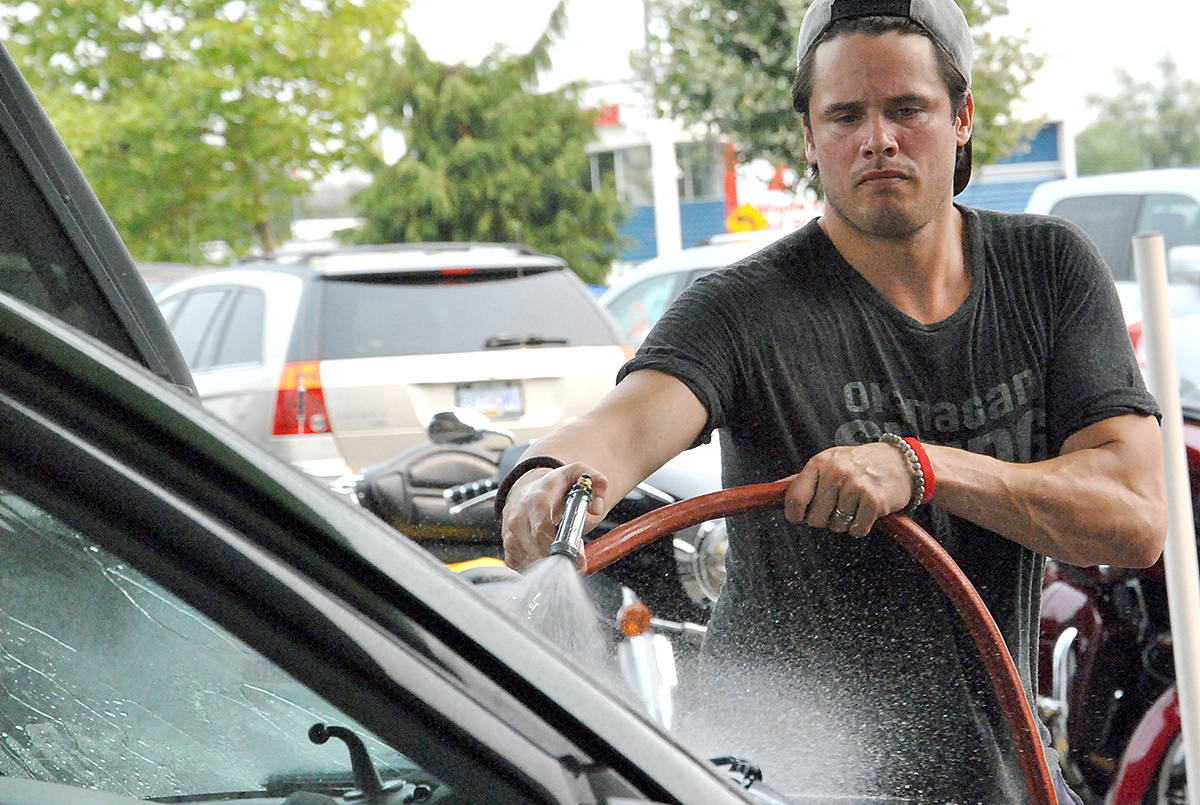 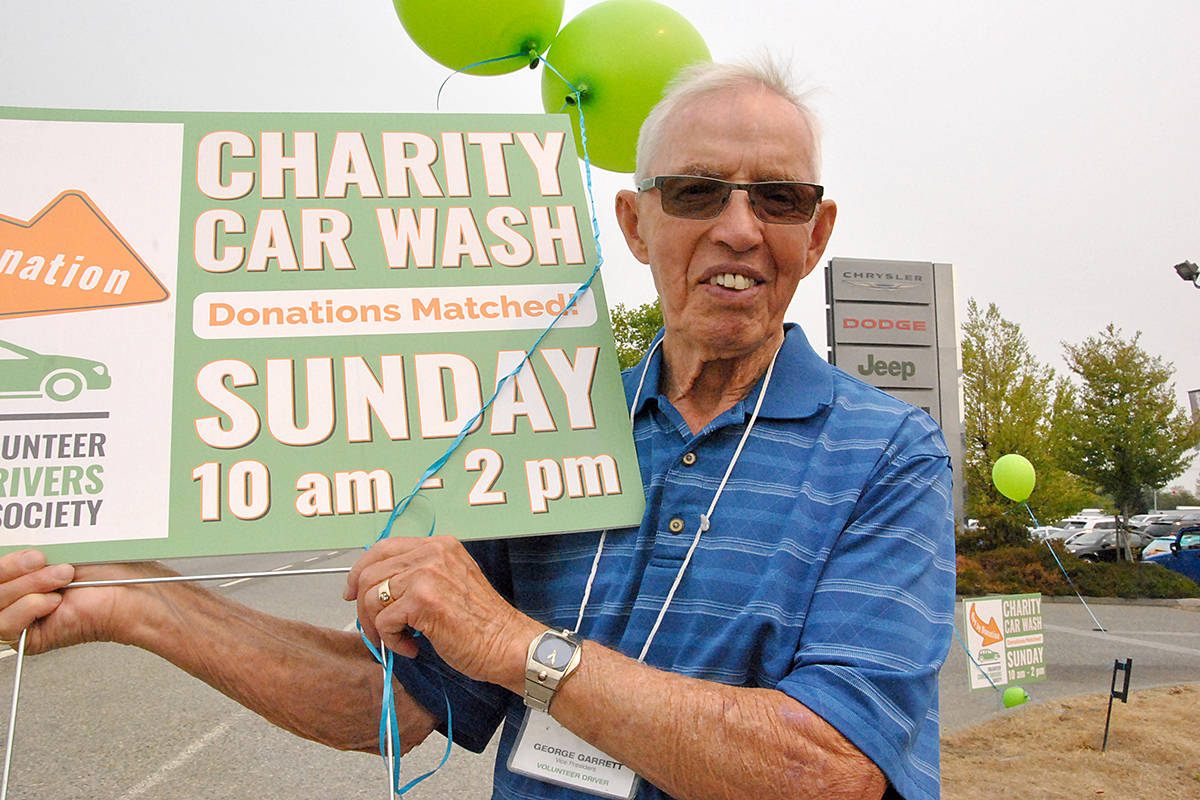