Karl and Michelle Cantner were among hundreds of runners and walkers who decked out in wine-themed costumes for the ninth annual Campbell Valley Wine Run Sunday morning in Langley – this couple’s attire a little different from most with much of Karl’s outfit made of sheet metal.

Thanks to a donation from Metal Mart and two weeks of creative snipping, folding, and riveting, Karl’s outfit was a replica plane wrapped around his mid-drift.

Admittedly, the Clayton Heights couple walked much of the 10-plus-kilometre route, even though they each typically run about 20 to 30 marathons a year.

Michelle – sporting a flight attendant’s costume, complete with a tray of wine – was dealing with an injured foot, while Karl’s costumes proved very warm and limiting – movement wise, his wife explained. Both factors, she said, slowed them down.

“He was sweating up a storm… But my little captain just kept going,” she said, noting they’d chosen the aviation theme for this year’s costume since Karl had just acquired his personal pilot’s licence in recent months.

“We just absolutely love flying,” she elaborated, explaining how they were wed inside a helicopter almost seven years ago over the Hudson River in New York, the day after running the New York Marathon.

This was their fourth time participating in the Campbell Valley Wine Run, an event they got involved in because of all the help the host organization – the Pacific Riding for Developing Abilities (PRDA) – offers to people of all ages in the community.

While past PRDA runs have had as many as 400 runners participate from throughout the Lower Mainland, this year – with their return after a three-year-hiatus – saw slightly lower attendance number. It was closer to 300 runners, explained executive director Michelle Ingall.

But, new this year, the run was blended with another PRDA fundraiser that’s usually held about the same time of year.

After runners had headed out about 9 that morning, some 60 equestrian riders from the Fraser Valley Hounds showed up at the PRDA facilities in South Langley on horseback.

Their presence and involvement in the day, Ingall said, officially converted the event to the Campbell Valley Wine Run & Ride – even though runners and riders were fundamentally kept separate for safety reasons.

“It’s amazing,” she said of the day. “I love that so many people have come back to run again. People really enjoy this run. It’s just so much fun… To see this kind of energy and motivation from people at 9 a.m. in the morning, it really means a lot to the entire team at PRDA.”

The last wine run generated about $17,000 for the PRDA, and while Ingall didn’t have any preliminary figures yet, she expected the tally this year would be a little lighter. Plus, she noted, with relocation of the event to the PRDA centre (it was previously held at High Point), there were some added costs such as porta-potty rentals that still had to be worked in.

“This is a big fundraiser for PRDA,” Ingall said, explaining that the Langley charity is Canada’s largest therapeutic horse back riding facility of its kind, serving 115 riders a week with a wide range of challenges – individuals from ages three to 99.

“This run has become a huge part of our success at being able to operate day in and day out.”

Numerous other groups, also in costume, were back again this year, including Langley’s Wine Masters Circus.

This was their fifth year as part of the wine run, explained the unofficial team captain Jessie van der Eyk, who was excited to see the fundraise return.

“We’re thankful to have it back,” she said. “It’s such a great cause and we’re doing it for PRDA, as well as to support local wineries.”

What makes this fun run different that most in the community is the fact that the route takes participants through some of the trails of Campbell Valley Regional Park, but also included a series of tasting stops at a few local wineries.

Ingall hopes that one day this local wine run will be as popular as the Half Corked Marathon in the Okanagan, an event always sells out and has a waiting list and attracts runners from all over.

Time, she said, will tell. But that’s the goal. 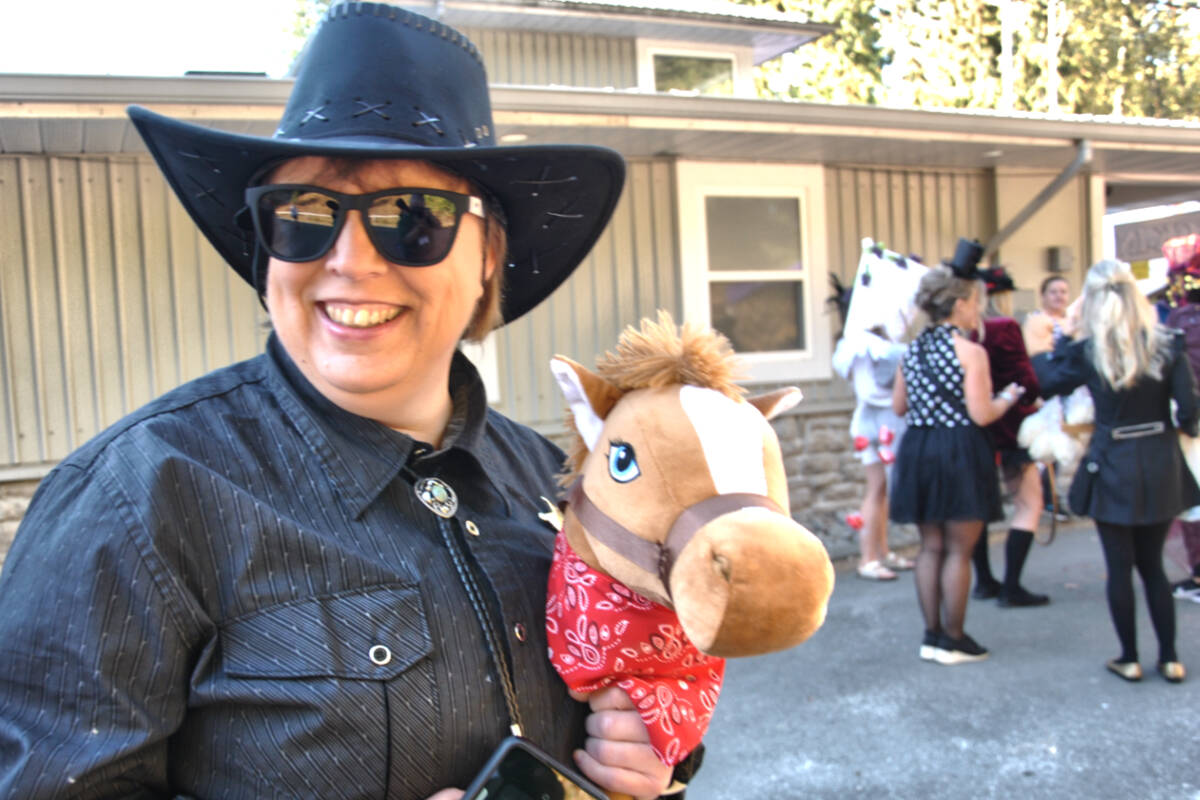 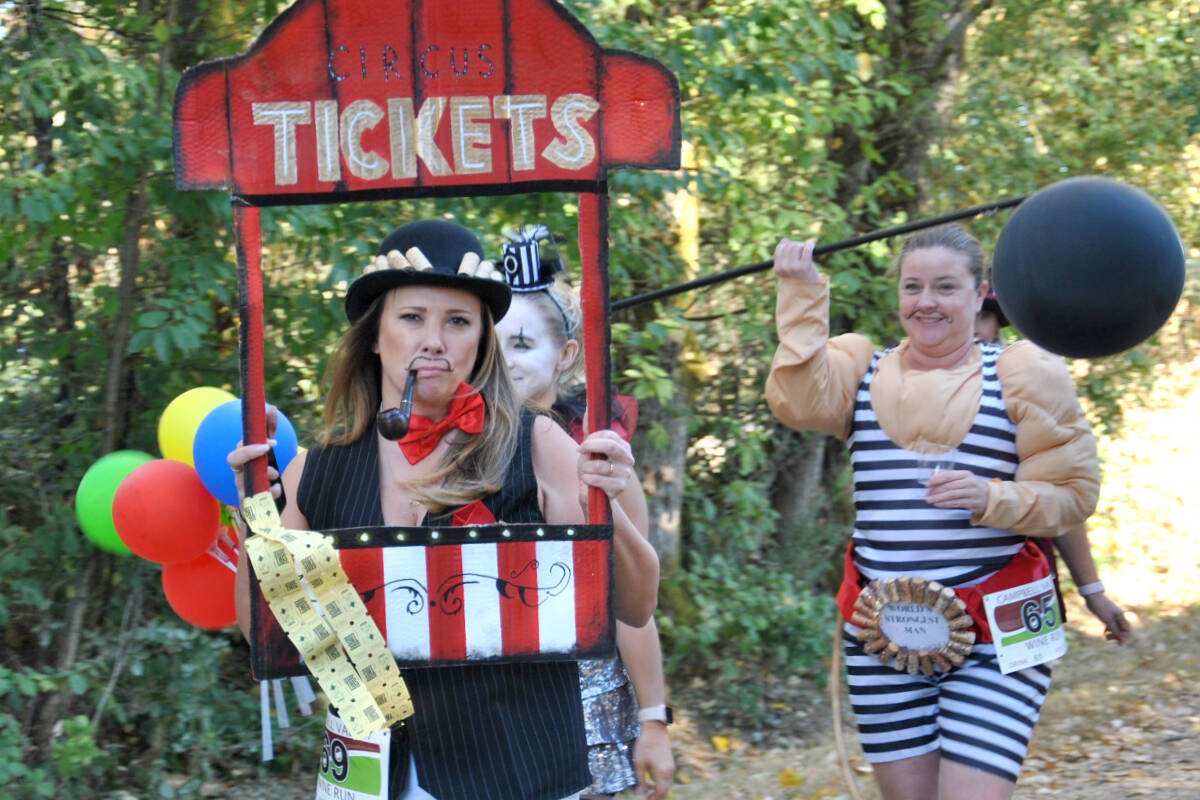 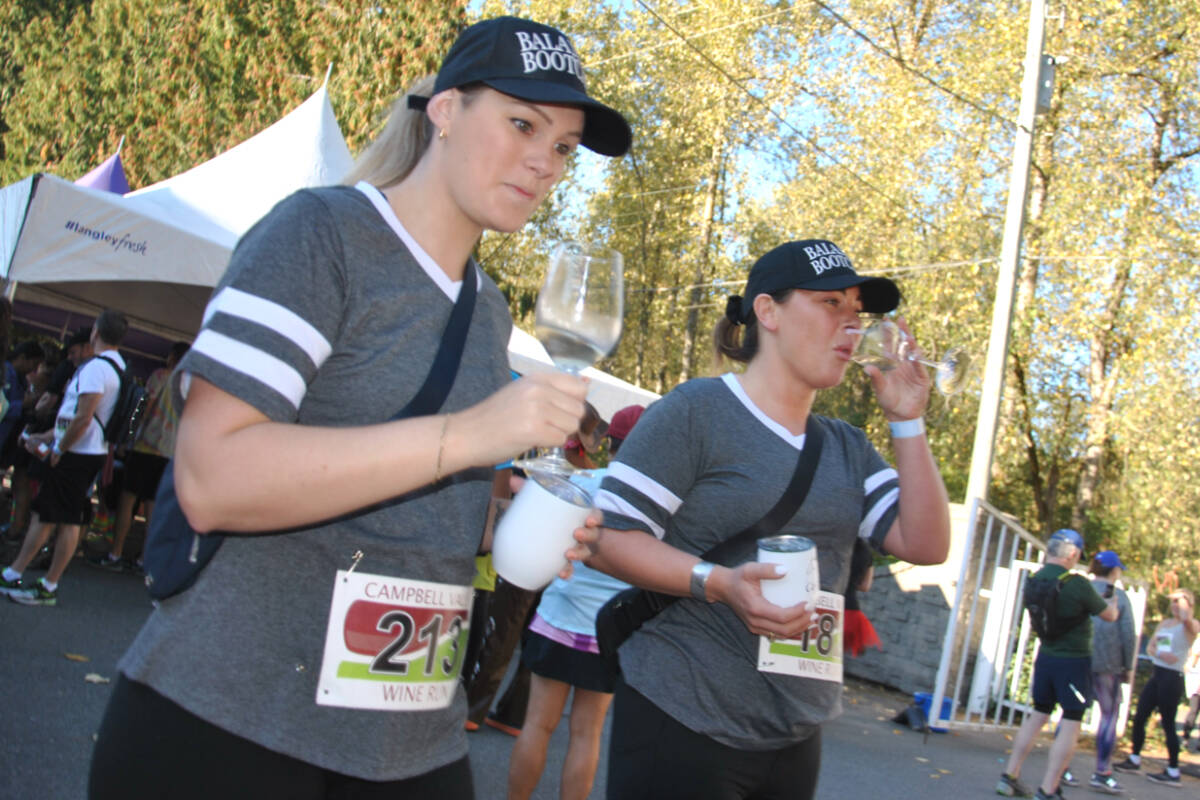