There were big line-ups to dump off hazardous materials at the Langley Township works yard over the weekend, but most drivers seemed to feel it was worth the wait.

It was especially busy on Saturday, Oct. 26, when some drivers reported the lineup from the gates at the facility on 48th Avenue and 224th Street was, at one point, well down 48th Avenue, all the way to a local coffee shop that faces the RCMP detachment.

Brookswood resident Gord Jones estimated his wait time at around 50 minutes, but he didn’t seem to mind.

Jones told Black Press Media he agreed to help a neighbour get rid of some hard-to-dispose-of items, then realized he had some stuff of his own to get rid of as well.

Howie Ullet from South Langley brought in herbicides, pesticides and some fire extinguishers.

It was his first trip to the event.

Another first-timer, Mike Clarke from Brookswood, used his time in the line-up to post a notice to his Facebook page to encourage other people to take advantage.

“I kind of saved it up,” he observed, making one trip to rid himself of it all, rather than having to make multiple trips to different disposal facilities.

It was the 19th year of the annual free event.

As Township staffers directed traffic to an indoor lineup where materials were collected and sorted into bins, Fleming stressed how important it is that hazardous materials, like paints, thinners, small appliances and electronic devices are properly disposed of, and not dumped in with ordinary household trash.

These items can pose an environmental hazard if dumped in an ordinary landfill, leaching into our soil and water supplies.

“It’s important that we take care of them properly and safely,” Fleming warned.

This year, 917 vehicles took advantage of the two-day event, down slightly from the year before, when 978 vehicles dropped off about 40 tonnes of corrosive, toxic, flammable, or reactive products. 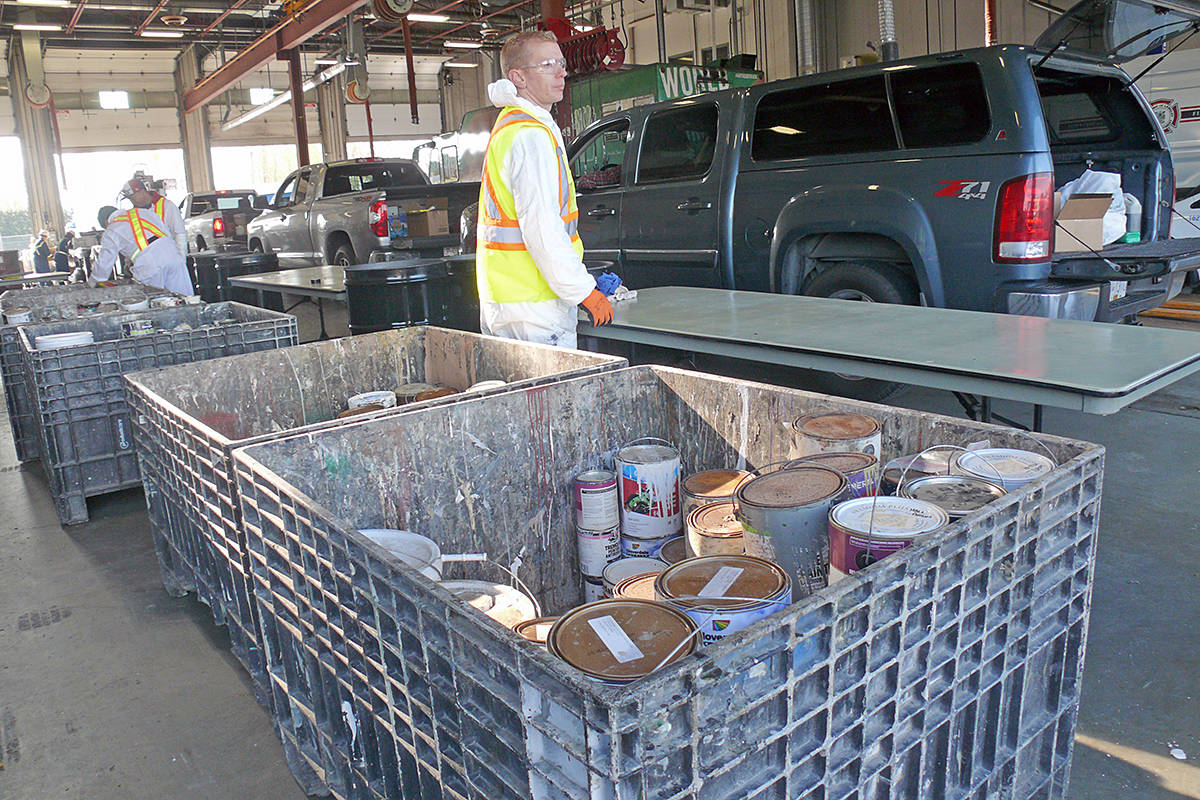 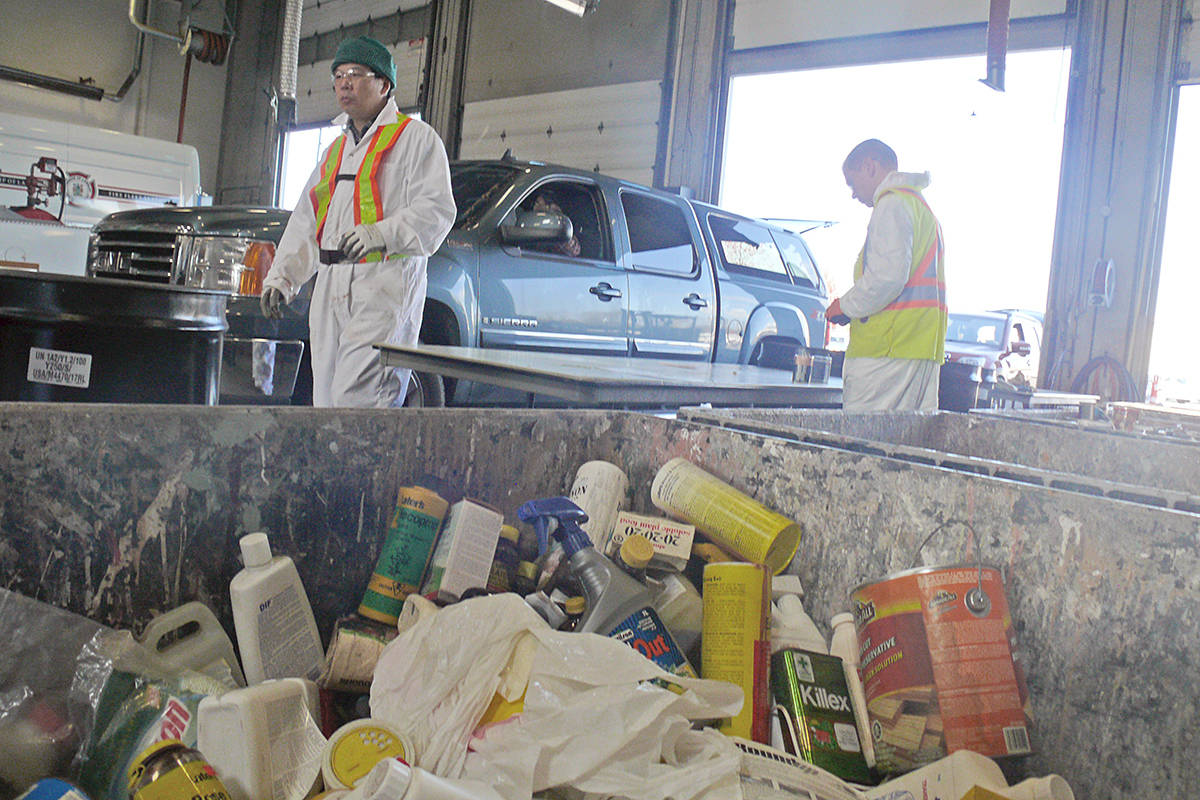 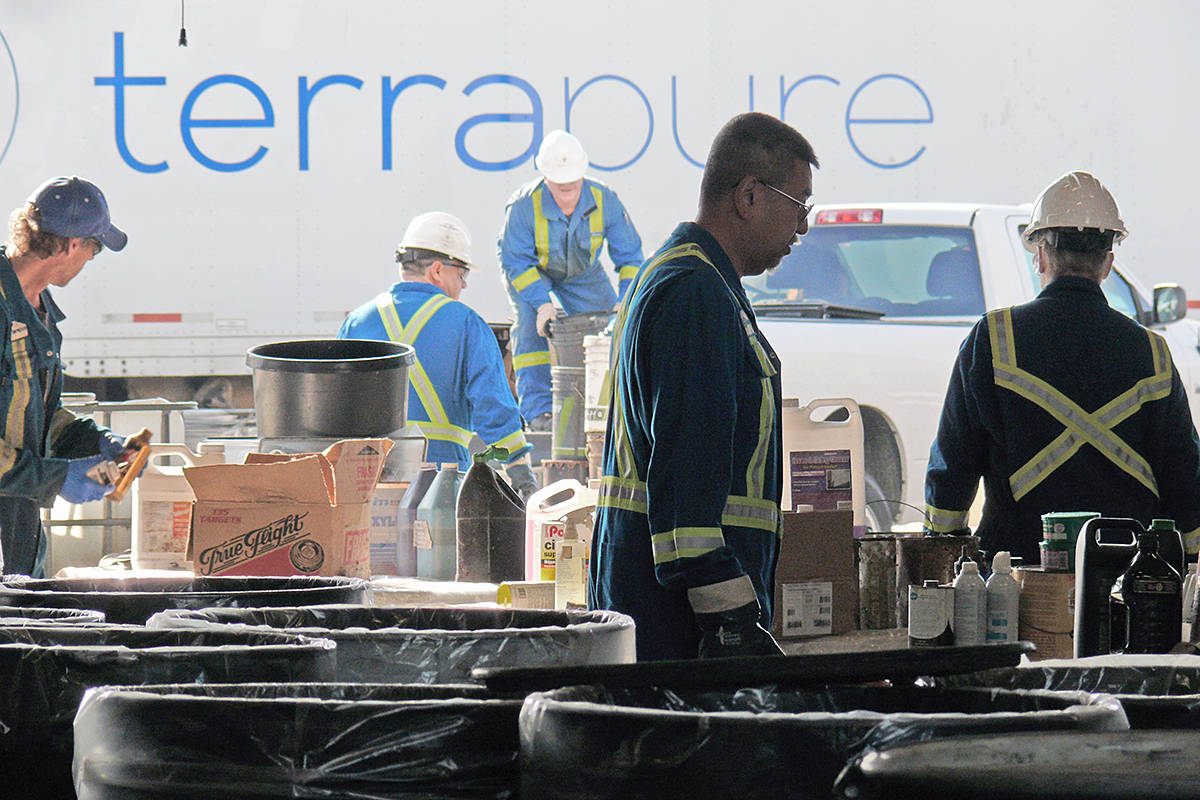 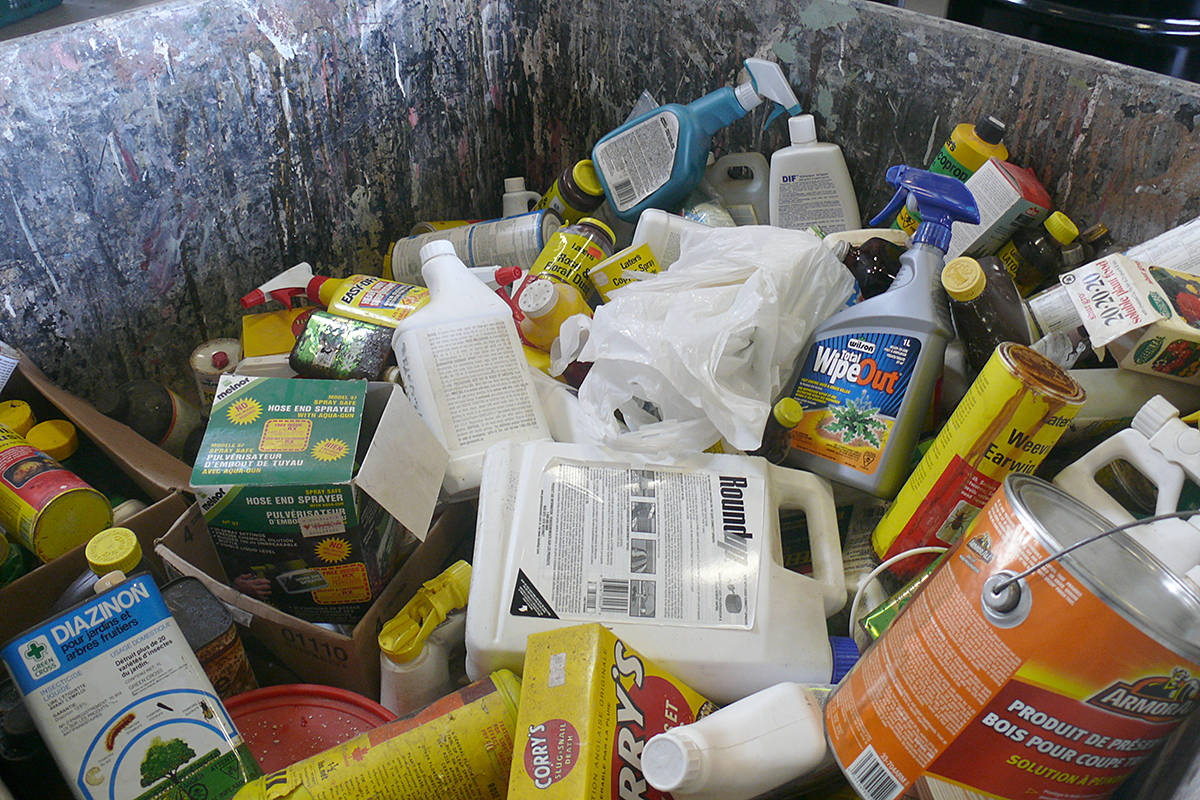 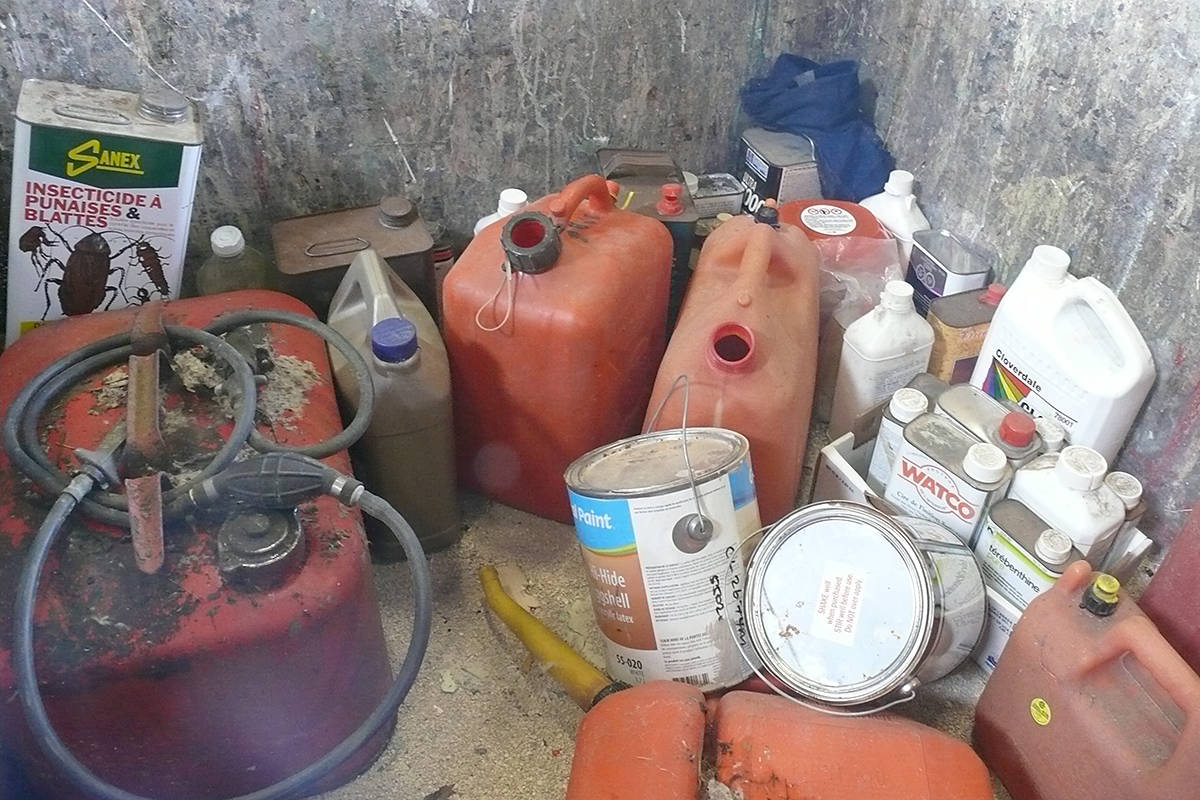 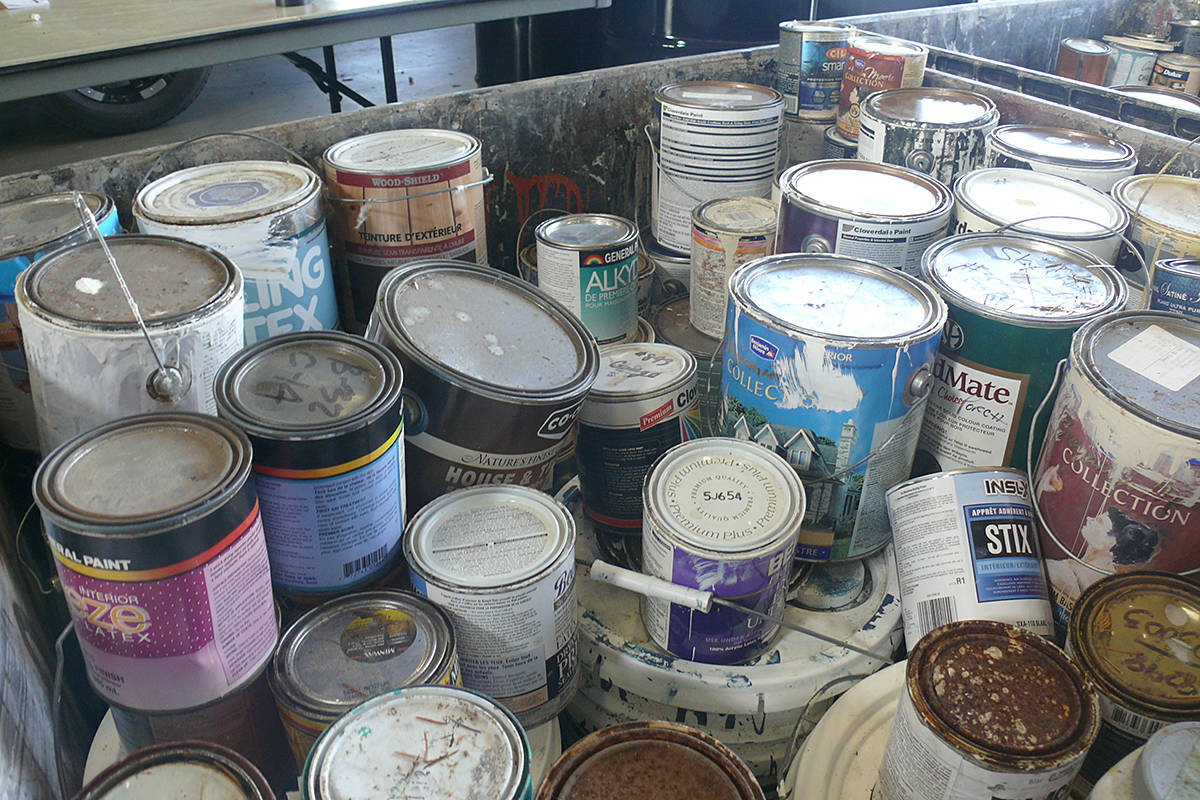