When a visitor asks nine-year-old Kamryn Mussato how long her family has been putting up Christmas lights on their Aldergrove home, she cheerfully replies that it’s as been long as she can remember.

“Since I was born,” she says, smiling.

Her mother, Jenn estimates they’ve been putting up ever-more-elaborate displays for about 17 years outside the house at 26887 24A Avenue.

“We always try to add more every year,” Jenn said.

This year, the new additions include a deer made of sparkling lights, and giant candy canes made from PVC pipe by dad Matt Simpson.

Among the older decorations are two elves, who go up on both Halloween and Christmas, changing their outfits to match the season.

There is also an animatronic Santa, who sings and dances.

And lights. Lots and lot of lights, everywhere.

In fact, when a neighbour recently discovered a giant “Merry Christmas” sign made of lights and suggested they should get it, Jenna had to tell them they didn’t have room for it.

As a result, the neighbour’s house just down the street now sports a giant sign, all lit up.

The light display will be on view from 4 p.m. to 10 p.m. every night till Christmas.

On weekends, there will be a box for donations to the Langley Food Bank. 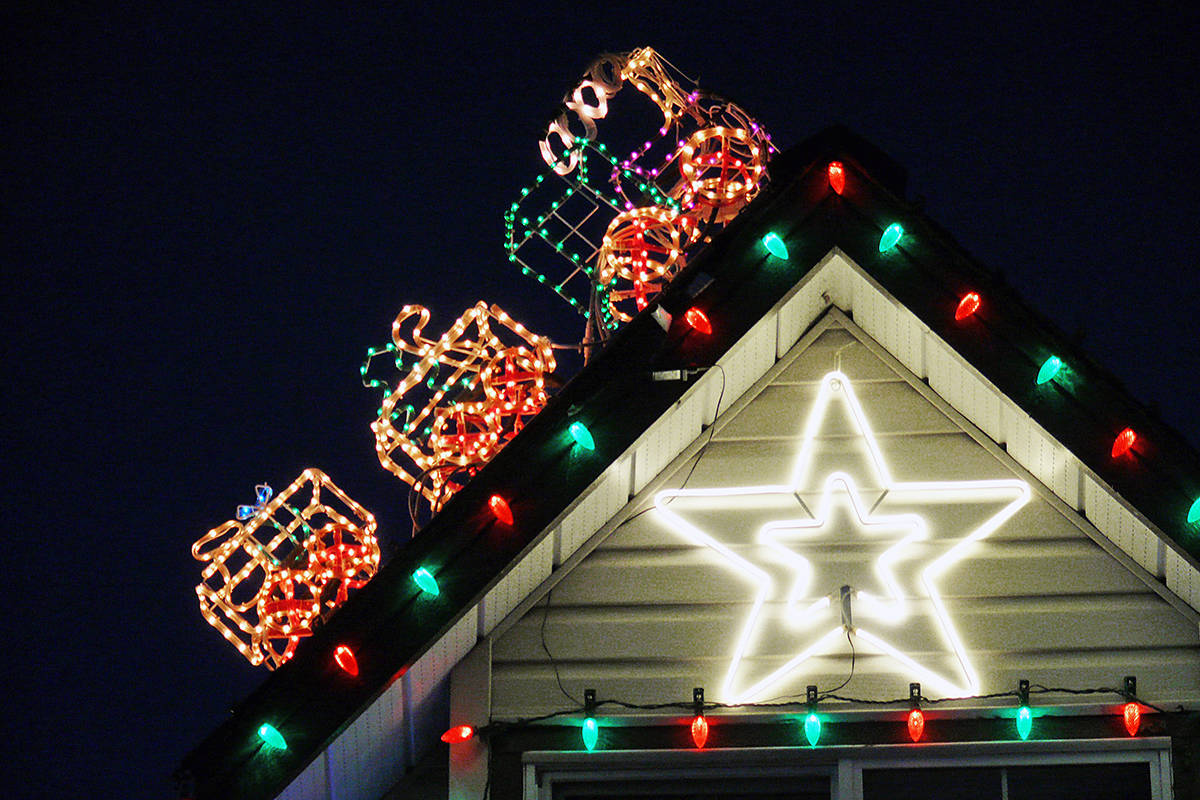 A toy train chugs up the roof of the home at 26887 24A Avenue in Aldergrove, the site of ever-more elaborate Christmas lights displays over the year. (Dan Ferguson/Langley Advance Times 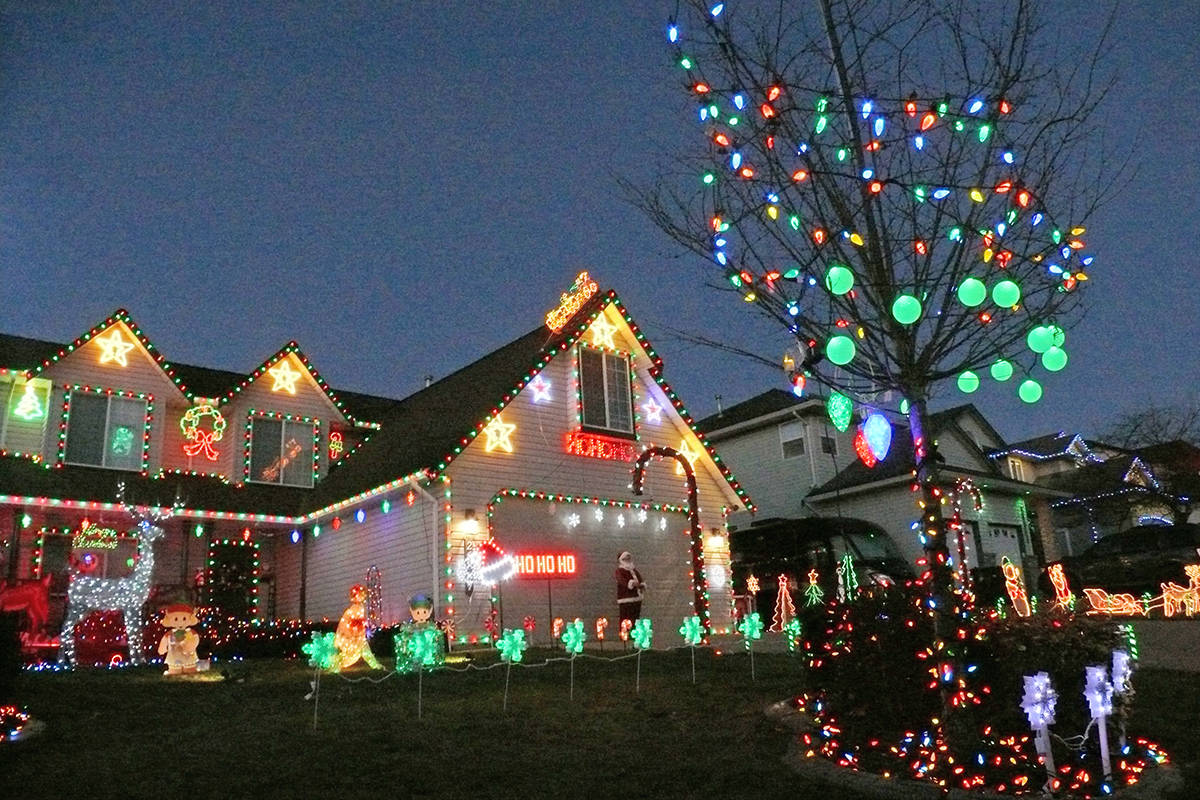 For 17 years, the home at 26887 24A Avenue in Aldergrove has been the scene of ever-more elaborate Christmas lights displays. (Dan Ferguson/Langley Advance Times)