Besides covering the cost of ingredients and packaging, Dale Cull is donating every penny possible from her upcoming baking blitz to cancer research.

Her hopes to raise hundreds if not thousands of dollars with her tasty little undertaking.

The Surrey woman is partnering with Langley’s Maritime Seafoods to prepare and sell you-bake homemade pies for Father’s Day, and every spare cent, she insisted, will be going to her charity of choice – Ride2Survive.

Her goal is to bake hundreds of pies for the cause.

Cull, a 52-year-old event planner turned baker, lost her job “like everybody else” due to COVID.

But with encouragement of close friends and her fellow book club members, she turned to her passion for baking into a business – Dale’s Roadside Bakery.

Originally from Newfoundland, she insisted baking is in her blood. When the pandemic arrived, she felt there could be no better time to make the leap and open the bakery.

While she initially started baking out of her home early last spring, she has since moved into a commercial kitchen in Cloverdale and expects she’ll spend the next several weeks “baking up a storm.”

It’s her way, she said, of giving back.

Her beau, Mitch, always rides in the one-day Ride2Survive fundraiser that runs from Kelowna to Delta. Cull has volunteered on the sidelines for several years.

But with no ride happening this year, the pair sought to do something else for the cause.

Typically, the Ride2Survive, which dubs itself a fundraising club with a “cycling problem,” is one of the largest single fundraisers of the year for the Canadian Cancer Society.

Even though the ride can’t go ahead, the need is still there, she said.

“It’s basically giving the gift of hope to cancer survivors,” Cull said. “Why not, this Father’s Day, when you’re sitting down to dinner, know you’re supporting a friend, a sister, a brother, a mom, a dad, a nana, a poppa.”

RELATED: Ride2Survive coming back to Delta for 13th year

Due to COVID, “there’s a lot of excess money out there,” she said, especially for all those who would normally spend thousands vacationing. Cull asks people to think of all the charities out there that are still in need – despite the pandemic – and encourages them to donate just a bit of that travel money to a cause dear to their hearts.

She hopes just a small chunk of that money can be redirected to what she said is an incredibly worthy cause – namely cancer research through Ride2Survive.

The eight-inch pies sell for $40 each, with almost three quarters of the money going to Ride 2 Survive. Pies are available in blueberry, cherry, and apple, and a gluten-free option is available upon request. The pies are flash frozen, and can also be stashed away in the freezer for another occasion, as well.

“They’re handmade, made by my hands,” and made with lots of love, Cull said.

Orders can be made at Maritime Seafoods or by calling 778-288-6768 or emailing roadsidebakery2020@gmail.com. 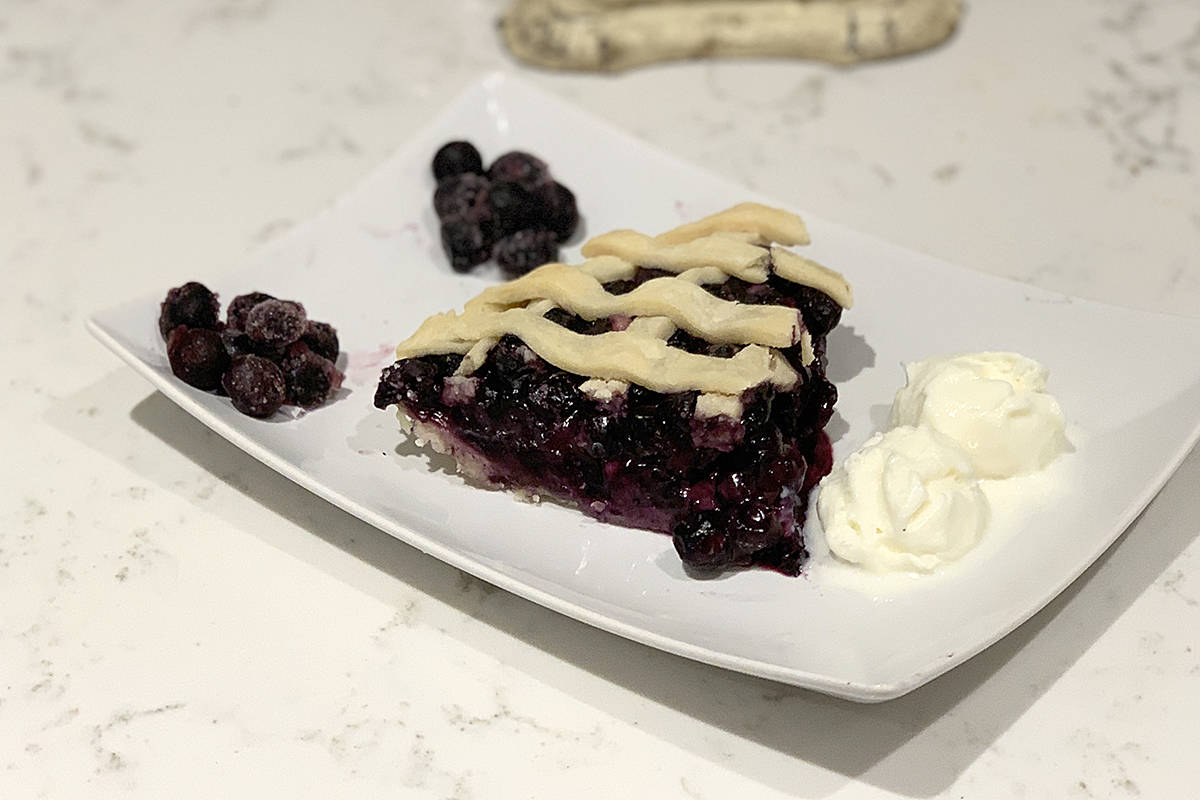