When Langley firefighter Mark Butterworth brought the candy canes to the till at Save-On-Foods in Langley, it was more than an armful.

“I took up the whole conveyor belt,” Butterworth told the Langley Advance Times.

It was for the first Candy Cane Run through Aldergrove, or least, the first in a very long time.

Butterworth, a paid on-call firefighter who works at Hall 3 in Aldergrove, said other Langley fire halls have been holding similar events for more than 20 years, but he couldn’t recall if any had ever been run out of the Aldergrove hall before.

Neither could fellow firefighter Kyle Power, who credited Butterworth for organizing the event.

“It’s the first time that fire hall 3 has done one, that we know,” Power explained.

“[But] there may have been one long ago.”

Two year-old Evelyn Teichroeb was one of the first to get a candy cane from Santa.

Despite having a bad cold, she waited patiently with her parents, all bundled up to keep warm, for the fire trucks arrival.

“She was here almost 45 minutes,” her dad said.

Just down the street, one-and-a-half year old Reggie Dundas hitched a ride on Dad’s shoulders for an eye-to-eye encounter with Santa, while his older brother Alfie got a boost from mom to speak with the “elf” driving one of the fire trucks.

‪Another spectacular #WalnutGrove #Christmas Caroling adventure done and we had an incredible time. Thank you to all who came out to join us. Paid call at Fire Hall #8 have done this carolling tradition every year with incredible success. On our travels a truck load of food donation was collected and appointment $2,500 in cash donations. This food and funds will really brighten peoples holidays and from us all of us at @TOLFireFighters #happyholidays

Almost every hall in the Township was holding Candy Cane Runs this holiday season, with most accepting donations for local food banks and other charities, including cash and non-perishable foods.

More photos of the Aldergrove Candy Cane Run can be viewed online. 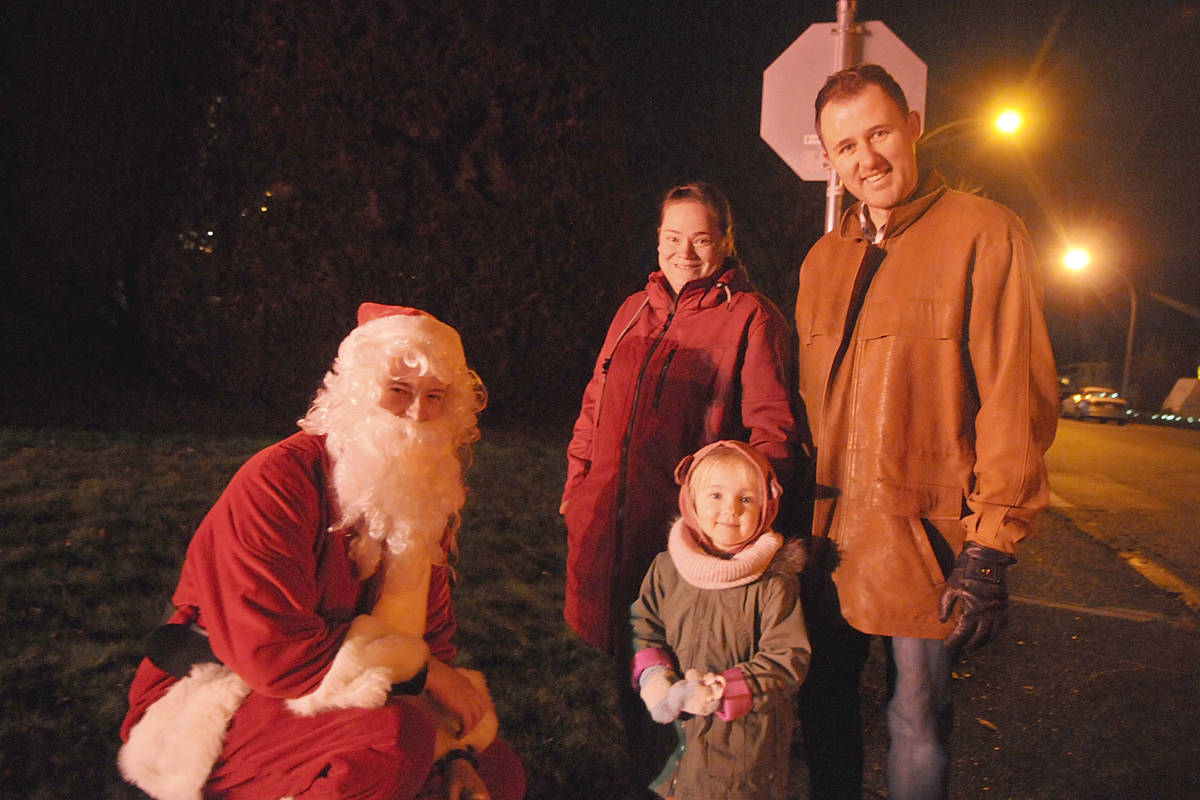 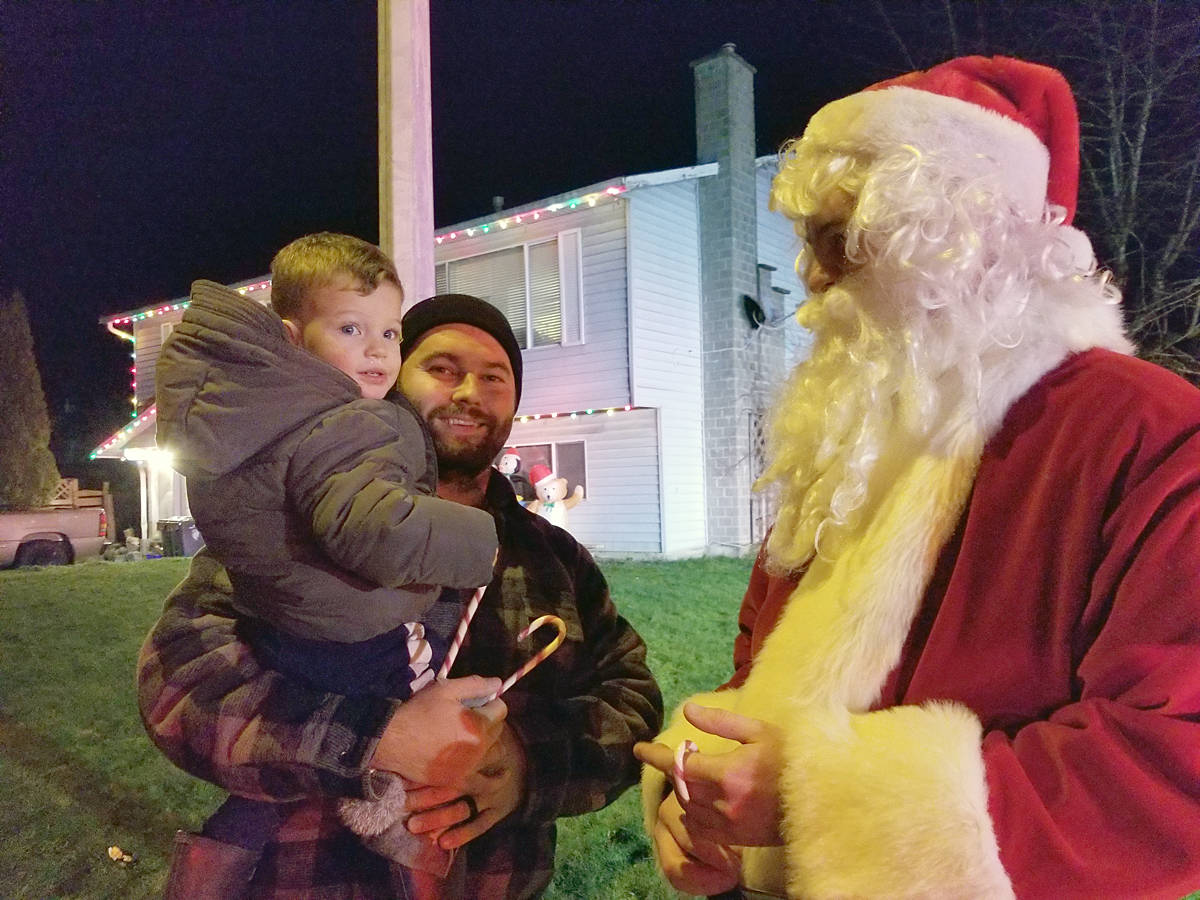 Reggie Dundas, one-and-a-half, got a boost from Dad Sunday night (Dec. 22) to meet Santa during what may have been the first candy cane run in Aldergrove, or at least the first in a very long time (Dan Ferguson/Langley Advance Times)

From our family to yours: MERRY CHRISTMAS