For the Brookswood resident, the first repair cafe in Langley showed how older equipment can be fixed, unlike newer stuff that is designed to be thrown away and replaced when it stops working.

“It is a disposeable society,” Rose commented.

She was one of 40 people who attended the four-hour event held at Firehall 5 on Saturday, Nov. 30th.

“A lot of items were kept out of the landfill.”

“The feedback I’ve got from the volunteers has been very positive.”

Morton said the success of the event was due in no small part to to the Metro Van Repair Cafe, which helped set up and manage the Langley event.

We did it! Thank you to everyone who brought items to the Township's first-ever Repair Café over the weekend. Together, we were able to repair 48 out of 69 items (a 70% success rate!), saving them from the recycle pile or a life in the landfill. Until next time! pic.twitter.com/RUjhm2iWW9

Niki Berry, who lives in Otter, brought in her malfunctioning mixer.

“It only has two speeds, high and higher,” she said, laughing.

“I’ve had it for two years. Ever Christmas there’s powdered sugar all over the place.”

Electrician Bryce McLean managed to get the low speed working again and a beaming Berry hugged it as she exited the room.

Another volunteer, Ruth Steer was manning a sewing machine.

“I was fixing a heavy jacket with a tear,” she related.

Sewing isn’t something she does professionally, Steer added.

Volunteer Duane Rose was applying a mix of modern and traditional technology to his repair tasks, using his smart phone to take pictures as he took an umbrella handle apart so he could reassemble them in the right order.

He was also using it to see if repair tips could be found online.

In 2009, the first Repair Café was organized in Amsterdam by Martine Postma, an activist for sustainability at a local level.

Its success led Postma to start the Repair Café Foundation in 2011, a non-profit organization that lends professional support to local groups in the Netherlands and other countries wishing to start their own Repair Café.

There are more than 1,500 Repair Cafés worldwide.

All operate as an informal meeting where people repair household electrical and mechanical devices, computers, bicycles, clothing, and so on, organised by and for local residents.

At the Langley event, there were volunteers with expertise in jewelry and computer repair, as well as clothing menders and electrical fixers.

In 2017, the first International Repair Day was announced as an annual event, taking place on the third Saturday of October.

More photos of the Langley reapir cafe can be viewed online. 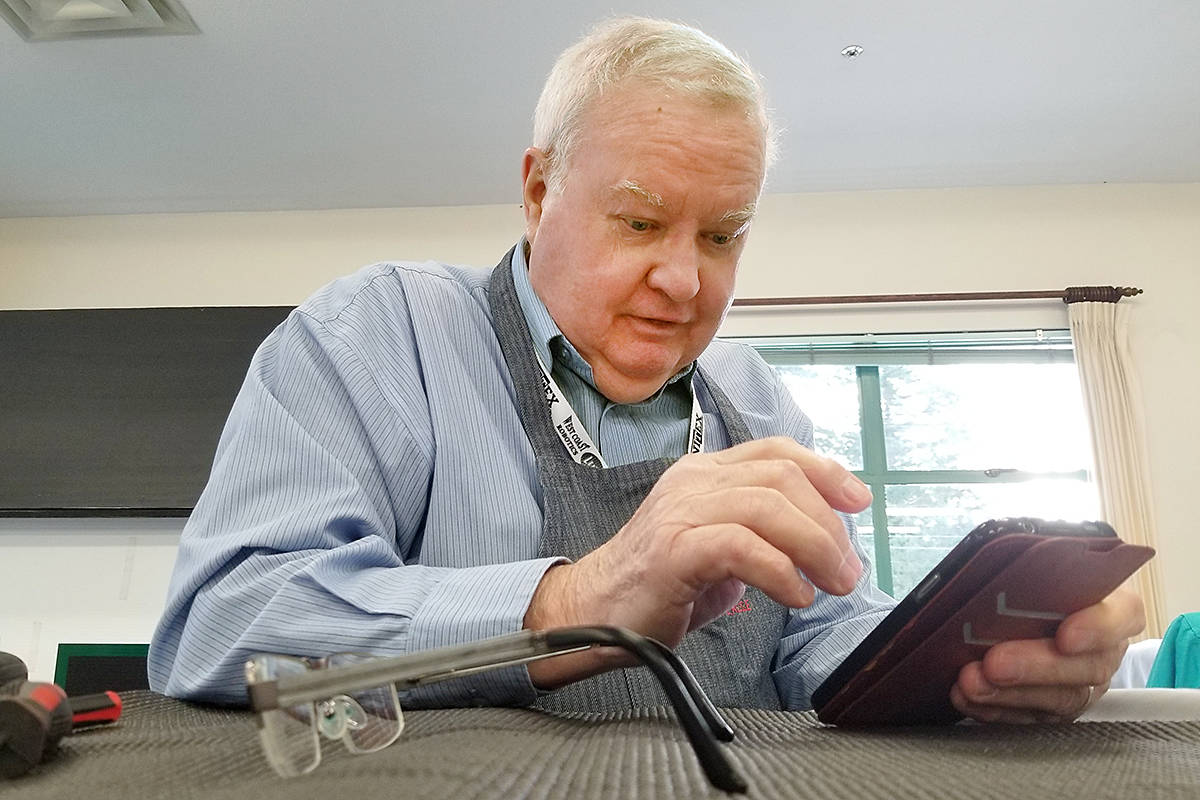 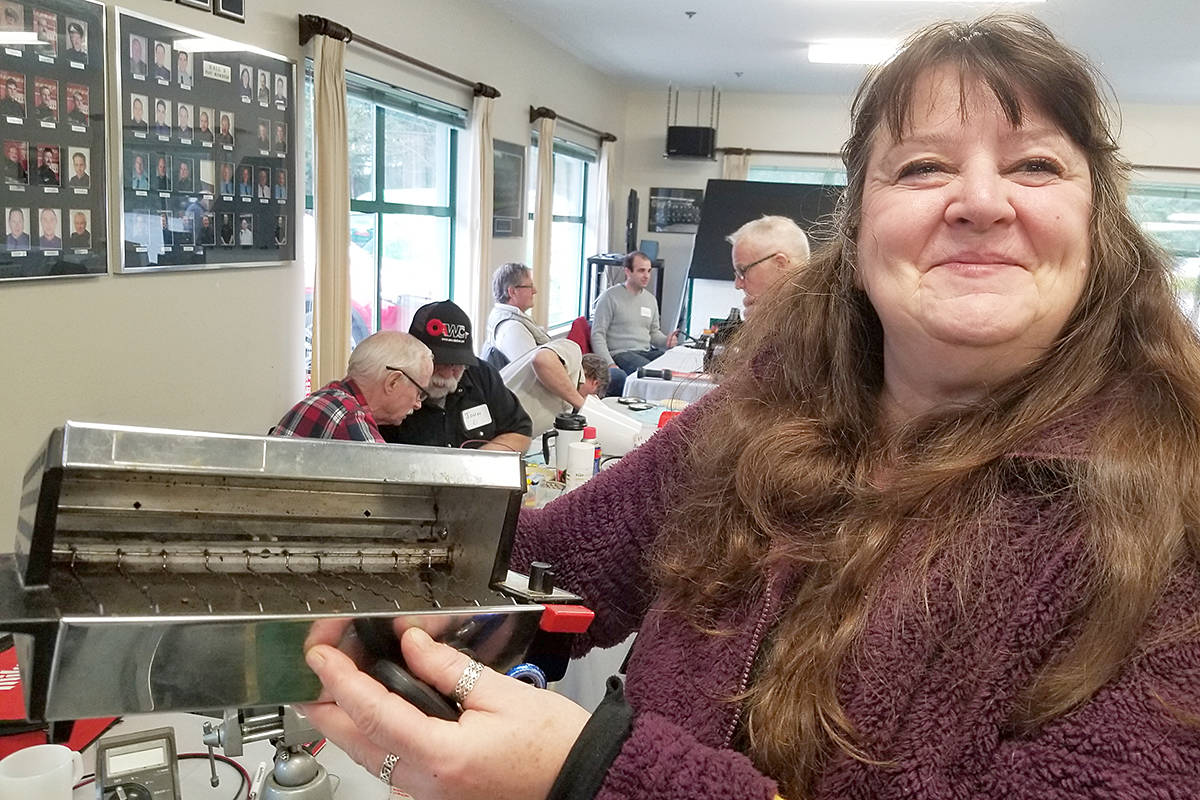 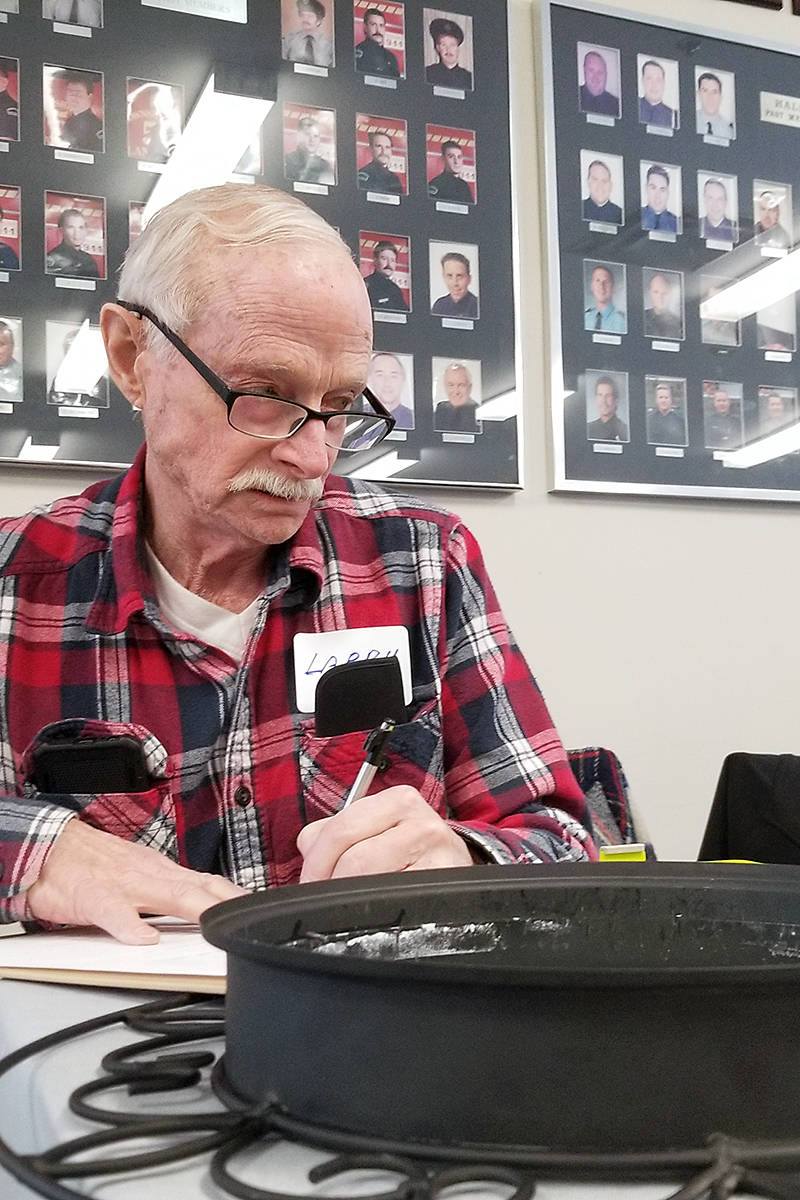 One of 25 volunteers worked on a clock at the first repair cafe in Langley on Saturday, Nov. 30th. (Dan Ferguson/Langley Advance Times)